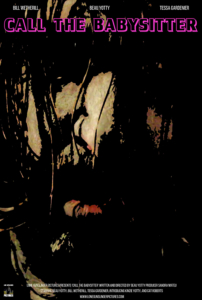 Recently, we had the opportunity to check out the first installment in a new series of 80s inspired horror shorts called MIDNIGHT WORKOUT. The short introduced the character of Don Slayer, played by series creator Beau Yotty. Don is a bench pressing, gum chewing, demon hunting bad ass.

In MIDNIGHT WORKOUT, he goes mana a los colmillos (hand to fangs) with a beautiful but deadly vampire during a late night gym session.

In the second installment, CALL THE BABYSITTER, he shows up to the home of a young girl (Kinzie Yotty) and her babysitter (Tessa Gardenier) to take on a Revenant (Bill Wetherill) who has returned from the grave with an insatiable hunger for blood. 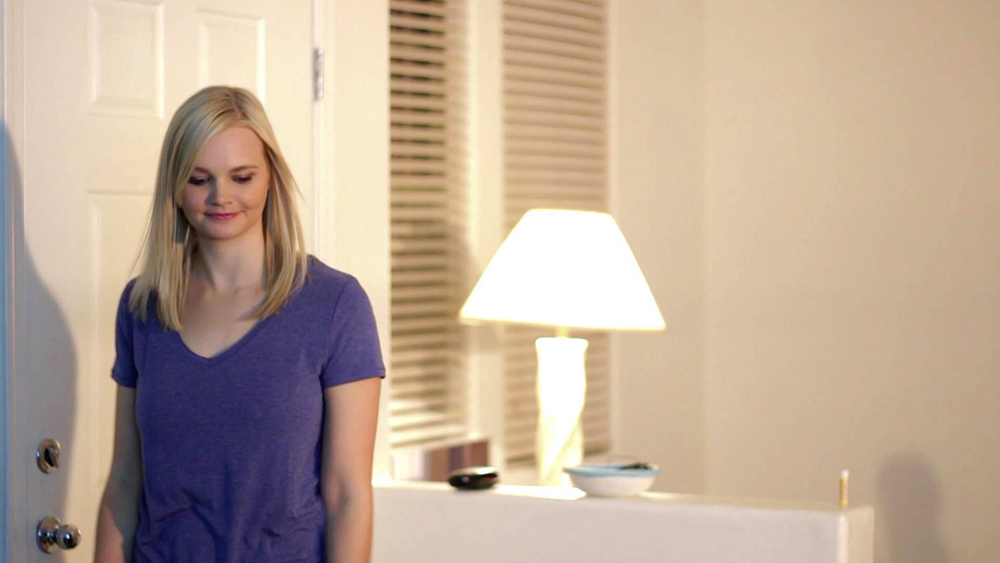 We were fortunate to be among the first to review the new short. With a run just under 8 1/2 minutes (with credits), it’s only a tad shorter than the first entry in the series. While I appreciate the time Yotty takes to build up the suspense before the vengeful spirit arrives, it does drag a bit and could be tightened up to maintain the interest and energy.

CALL THE BABYSITTER has several parallels to MIDNIGHT WORKOUT, and I’m really curious to see how the series progresses. I do like the way the monsters in each short have been introduced, kept in shadows and unseen through most of the short — leading up to the big battle at the climax. Yotty uses some clever filming techniques and sound effects to reflect the creature’s point of view as he (or she) stalks his victim.

The music used in this one works really well and, at times, the use of sound really helps enhance the scene.

The quieter scenes are less effective, and there are far more sound issues with those involving dialogue. MIDNIGHT WORKOUT was almost entirely dialogue free, and that gave the short a really cool, creepy vibe. And I think incorporating more of that style could be a great future direction for the series. It also helps hide more of the technical and performance flaws associated with micro-budget productions. 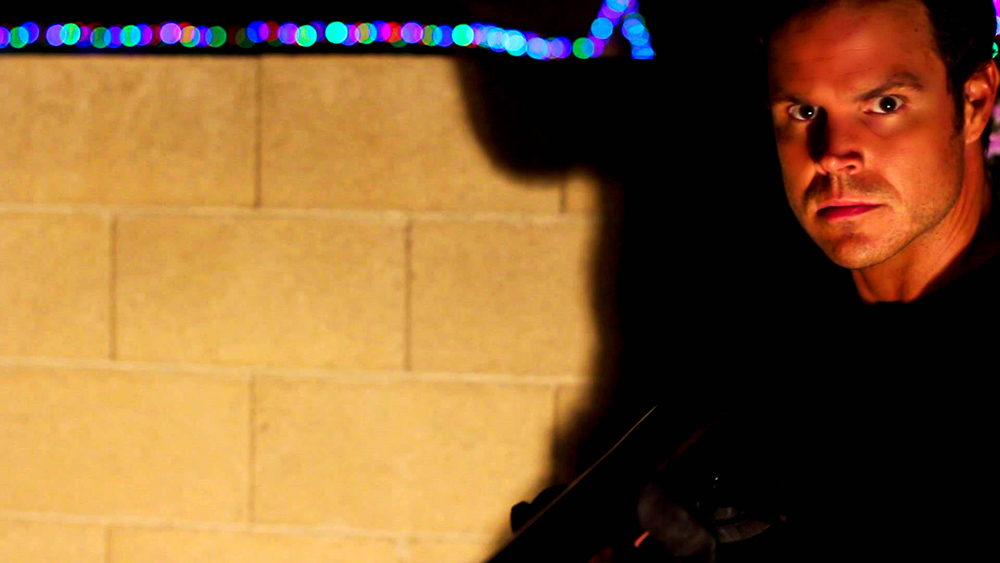 Yotty has Don Slayer is really fun to watch — with a charming, part ass kicker part smart ass, comedic action style reminiscent of the great Bruce Campbell. He’s sadly absent through most of this short until the end, and I’d love to see his character get more developed with more screen time in future episodes.

I’m interested to see where the series goes from here. It’s fun to see the introduction of new monsters, and I anticipate some of the technical issues will resolve themselves as Yotty gets more experience and more episodes under his belt.