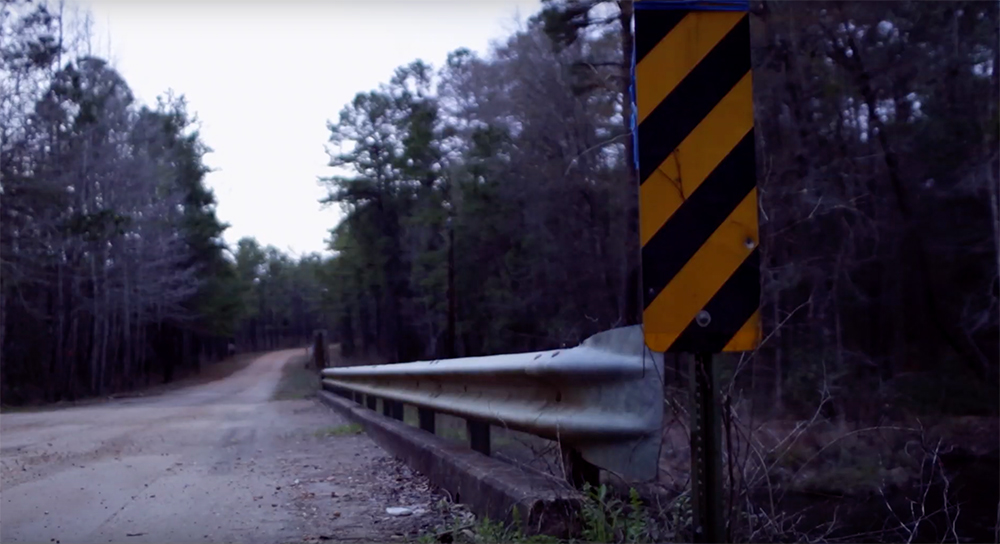 Shot on a low-budget, the film takes advantage of its straightforward storyline by providing equal doses of chilling folklore, playful humor, and grisly death. It is a well-directed project by Willie, who happens to be both a talented filmmaker and author (his “satanic” coming-of-age novel Blood in the Woods is an exceptional work).

Crybaby Bridge tells the story of two young men who decide to venture off on a little ghost-hunting trip. As they head off into the dark in a rattling truck, making their way to a bridge known for being haunted, their two dates for the evening are waiting in the local bar. The film then transitions back and forth between the adventure of the two men and the conversation between the two women in the bar. 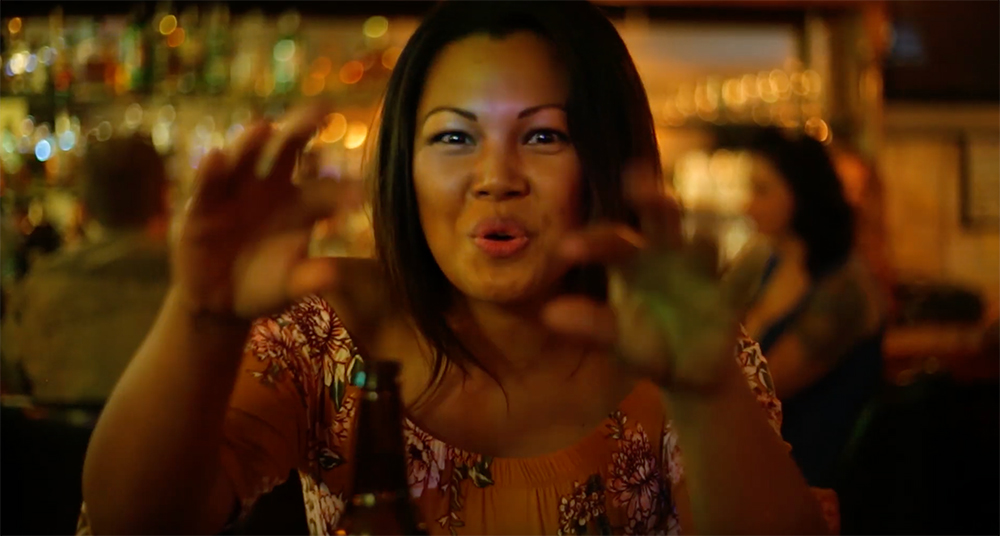 Cleverly, each of these scenes parallel one another, and the frightening setting of the bridge at night contrasts well with the warm pleasantries of the bar. At the same time, even the bar’s atmosphere takes on a sinister vibe when the two women are approached by an older woman who has overheard their conversation and warns them that they and their boyfriends should never go to that bridge.

Unfortunately for the two men, they have already reached the bridge long before their dates get the bizarre warning. According to urban legend, if a driver honks three times while waiting on the bridge, a ghost will appear — a vengeful ghost connected to a child who may have died at that location years ago (hence, the title of the movie and the legend). 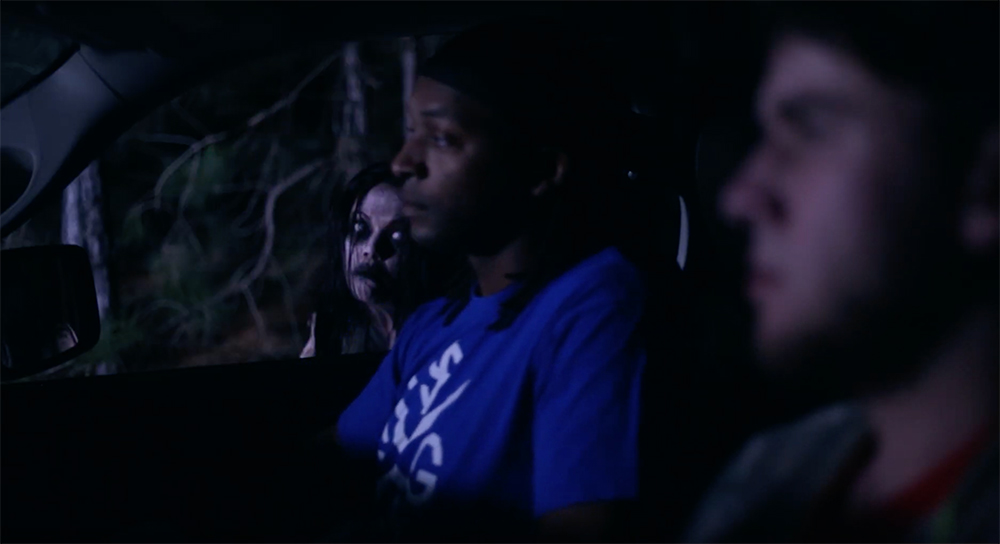 You will have to watch the movie to find out how the bar patron’s warning connects with what the two young men encounter at the bridge. But rest assured, it’s a frightful and intense moment handled effectively by the cinematographers (Jessie Butler and Sky Mcmillian) and the special effects and makeup team (Krystal Kershaw, Tristyn D. Dixon, Emilee McClaskey Martinez, and Amanda Bryant).

J.P. Willie’s CRYBABY BRIDGE is a throwback of sorts to older films that did not necessarily have complex plots or characters, and yet still offered plenty of entertainment and chills (I was reminded of both THE TWILIGHT ZONE and CREEPSHOW as I watched the movie). The soundtrack is upbeat and energetic when appropriate, and then decidedly moody and scary when the film reaches its climax. 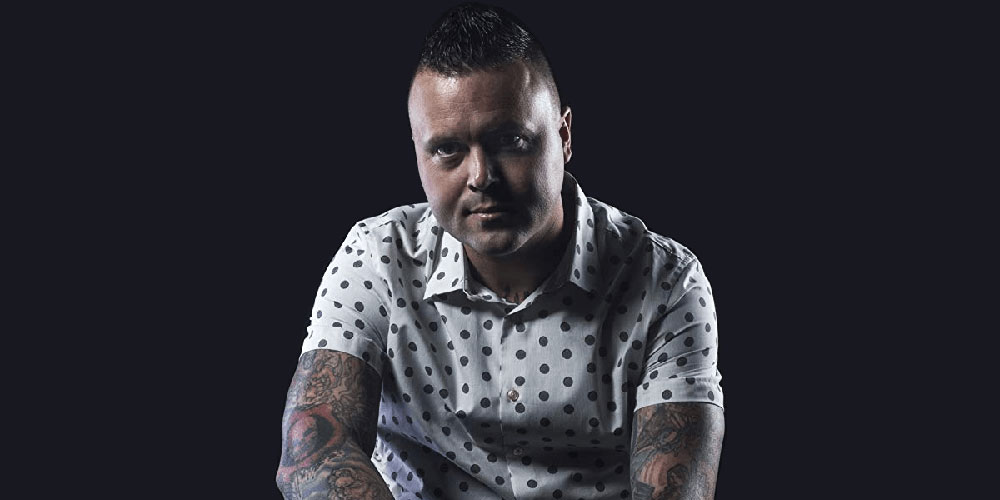 This short film is currently screening at film festivals, but audiences can watch the trailer below — and also find a “behind the scenes” video on YouTube.