Despite a strong lead performance and a chilling climax, “Possession Diaries” falls short due to the lack of a driving plot and meaningful script. 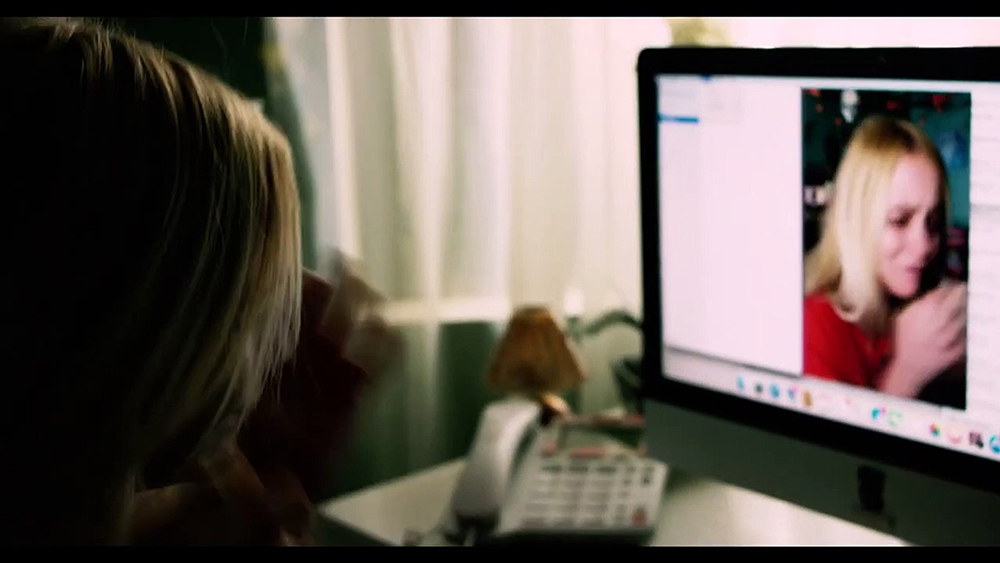 The film takes place almost entirely in one room, employs a creative framing device (a webcam or video “diary”) to tell its story, and relies heavily on the performance of a single character (played strongly by Katherine Munroe). And while all three of these elements function well in the movie, none of them are enough to sustain the momentum of the film, resulting in a predictable and fairly uneventful storyline. The poorly-written and repetitive script hinders the movie further and struggles to give the actors enough juicy or horrific material to work with. 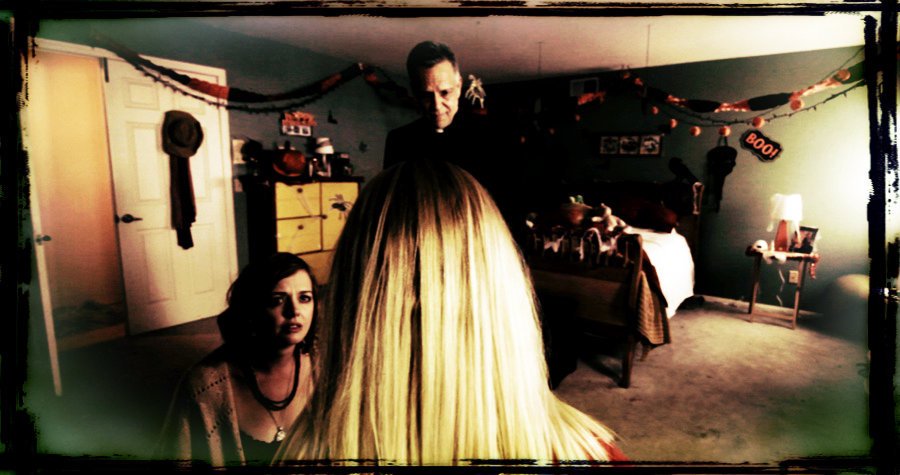 After a possessed Ouija board unleashes a demonic entity upon Rebecca Clarkson, the young woman resorts to maintaining a video blog in order to document her awful experience and to hopefully convince others that she is sane and telling the truth. One of the more relatable aspects of Frausto’s film is the way in which Rebecca allows online vitriol to worsen her already troubled mindset. It is important to Rebecca that people believe her story.

While this theme comes through effectively during Rebecca’s virtual interactions, the demonic attacks grow so severe that one has to question why she does not seek help beyond her computer screen. (Granted, a priest and a medium do make an effort to aid Rebecca, only to be dispatched with ease by the demon). 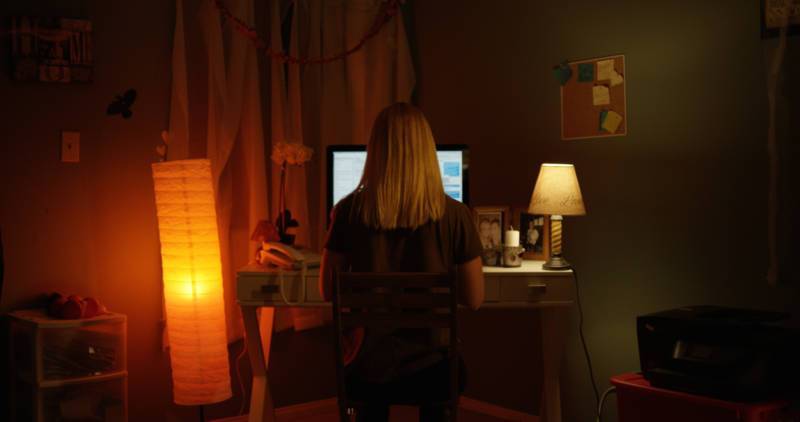 Rebecca also has a boyfriend named Dante (Johnny Ortiz), whose cringe-worthy dialogue and performance in the first half of the film weaken the impact of Rebecca’s condition. Dante’s involvement in the story also highlights one of the major problems with Frausto’s slow-burn of a script. 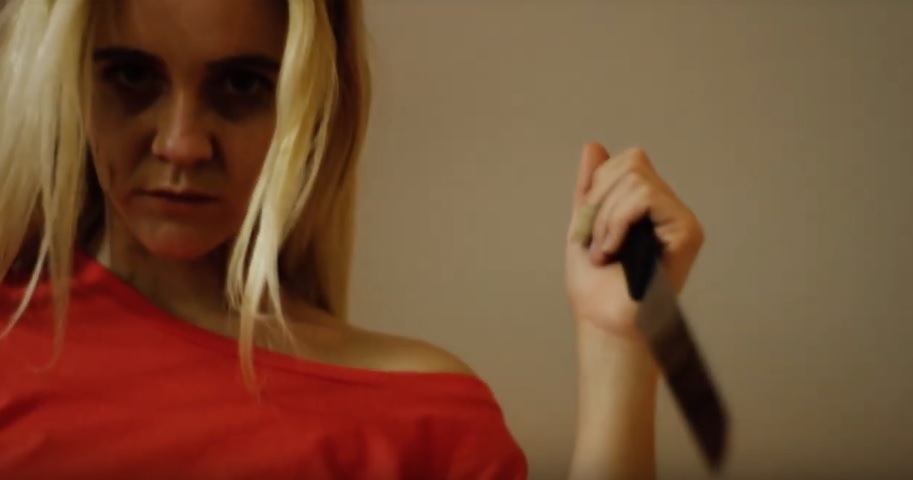 In one eerie sequence, a possessed Rebecca wields a knife before a sleeping Dante, seemingly tempted to stab him to death. He wakes up, wrenches the knife from her grasp, and leaves the apartment. Later, a phone call between Rebecca and Dante confirms that she really did stand over him with a knife. Even later, Rebecca watches the moment on her webcam, confirming for a third time that she held a knife over his sleeping body.

Many other moments like this in the script (such as when Rebecca looks at her cell phone and actually says aloud “My phone’s not supposed to accept blocked calls” as a blocked call comes in; or a police detective who says aloud to himself that he will turn Rebecca’s computer off before he actually turns it off) detract from what could have been a suspenseful and claustrophobic thriller. 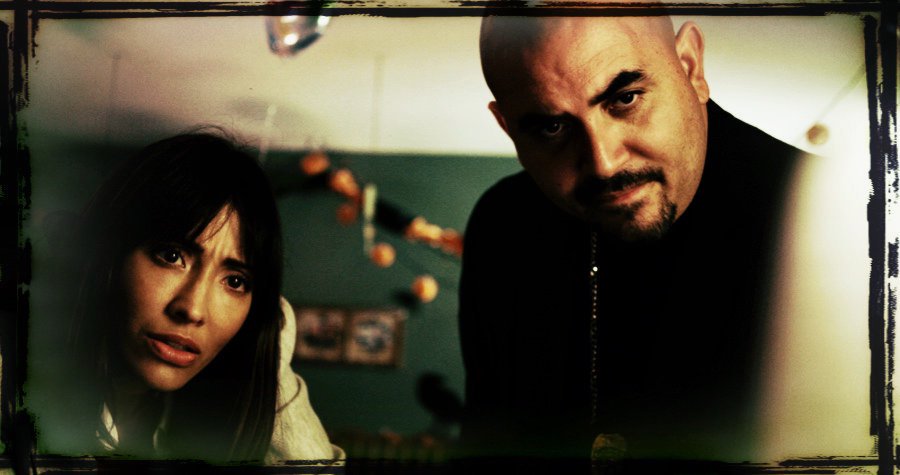 Like many found-footage movies, Possession Diaries falls victim to the very device through which it tells its story.

All of that said, this low-budget, atmospheric movie has several strengths, including the aforementioned performance by Munroe, a unique setting (Rebecca’s apartment is adorned with playful Halloween decorations), clever uses of technology (the demon speaks to Rebecca through her phone and computer), and even a cameo by Eileen Dietz. 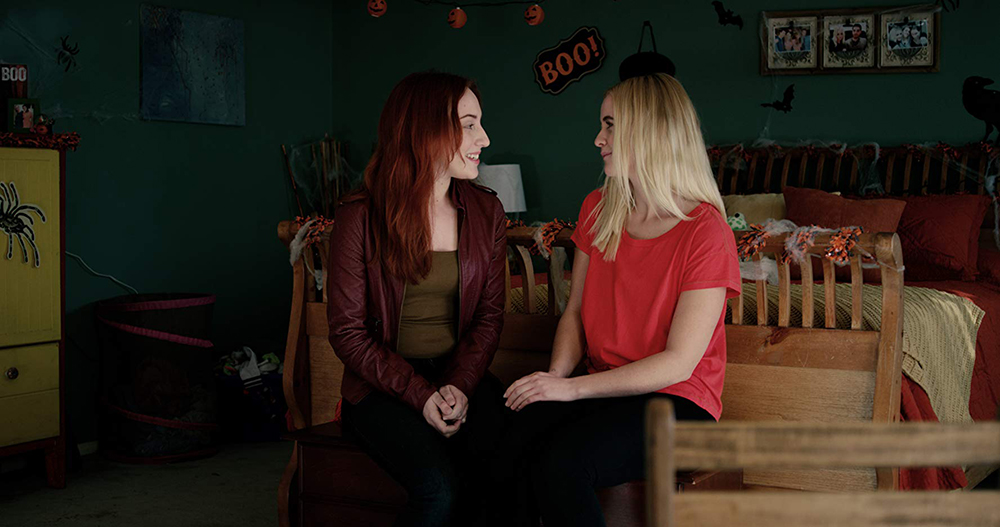 Perhaps the film’s most effective scene comes at the very end, a genuinely creepy moment that gives actor Johnny Ortiz a better opportunity to showcase his talents. With a running time of just under 90 minutes, Possession Diaries might be worth a watch just for the final minutes alone.