INK is a chilling and heartbreaking short body/creature horror film that explores themes of body, motherhood, obsession and myth. 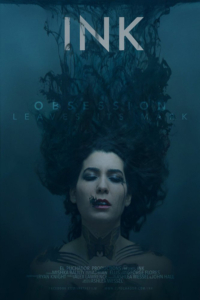 Recently, we brought you an exciting opportunity to be a part of helping make TICK happen, the new horror/sci-fi short from talented female filmmaker Ashlea Wessel. We’re thrilled to see that this unique vision is going to be brought to life, thanks to the generous support of 84 passionate genre and indie film fans.

We had the chance to preview INK, Wessel’s first short in the role of writer/director, before its wide release (likely by the end of the year). Based on this impressive short, we could not be more excited and optimistic for what Wessel has in store for us with TICK. 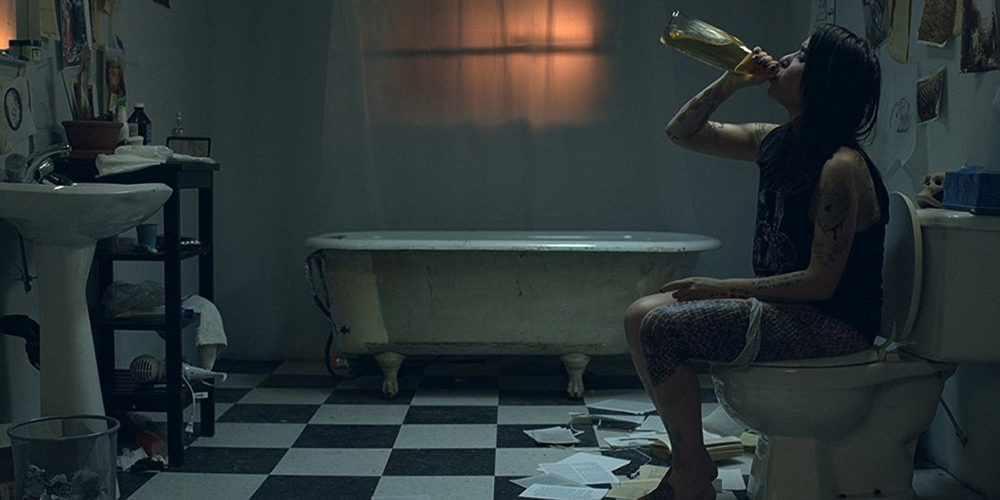 Following a traumatic pregnancy and a recent new pregnancy scare, a young unnamed woman (played to perfection by Mishka Balilty) tries to escape her reality with a drunken night of distraction and yet another new tattoo. When she stumbles home in the early hours of the morning, she’s confronted with the truth about her darkest fears and desires, and she must face the consequences of an obsession fueled by the need to cope with pain and suffering.

As she struggles with feelings of hopelessness and loss of control, she tries to drown her sorrows in alcohol and in tattoos — over-indulging in an obsession with the only control she feels she has over her body. The obsession brings her a strange comfort, but it also reminds her how broken she really is.

Balilty gives a compelling and impressive performance, as she must convey a wide range of emotion with no dialogue. The success of the short relies almost entirely on her ability to make viewers feel her anguish and anxiety — and to connect with her on a very real and personal level.

Besides Bililty’s dazzling screen presence, another reason this short really shines is the visual aesthetic.

Inspired by the weird and the wonderful, Ashlea Wessel’s truly unique artistic vision gives birth to a film that is atmospheric and beautifully disturbing.In addition, the makeup and special FX are quite impressive. The protagonist’s body is truly a work of art, as she’s covered from head to toe in an array of breathtaking ink.  Then there’s the creature, the manifestation of our heroine’s inner demons.

I don’t want to give too much here away here. But it looks great, and Wessel creatively delivers solid, believable effects on a limited budget — given us just enough to invoke the proper amount of dread while maintaining the heart and soul of the film.

Sometimes film is prose visualized — and sometimes it’s poetry. INK is an example of the latter.

Like the woman’s tattooed temple, this film is a work of art. The visuals alone make this one worth checking out. But there’s also an incredible depth here. INK speaks volumes without a word of dialogue. Despite its strongly female-centric themes, there’s a great deal here about the human condition and universal fears that transcend gender.

As soon as this one becomes available, be sure to give it a watch. And keep an eye out for Wessel and her future projects. This is definitely one talented filmmaker with a very promising future.