“A Mother Should Protect Her Child” 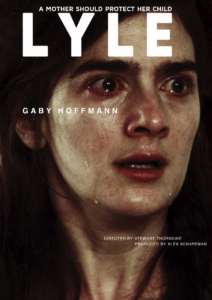 Lyle (2014) is a Brooklyn tale of isolation, paranoia, and a mother’s lengths to protect her children. A twisted love letter to Rosemary’s Baby with a much less abstruse end, Lyle is a modern-day reimagining with tricks up its own sleeve.

Leah and her partner June find their dream Brooklyn brownstone, complete with a child’s room for toddler Lyle and Leah’s emerging pregnancy bump. A tragic accident leaves the family shattered, and Leah slowly descends into paranoia and grief. As June suddenly finds success in her career, Leah’s new partner in life is isolation, desperation, and the squeeze of perhaps haunted brownstone. 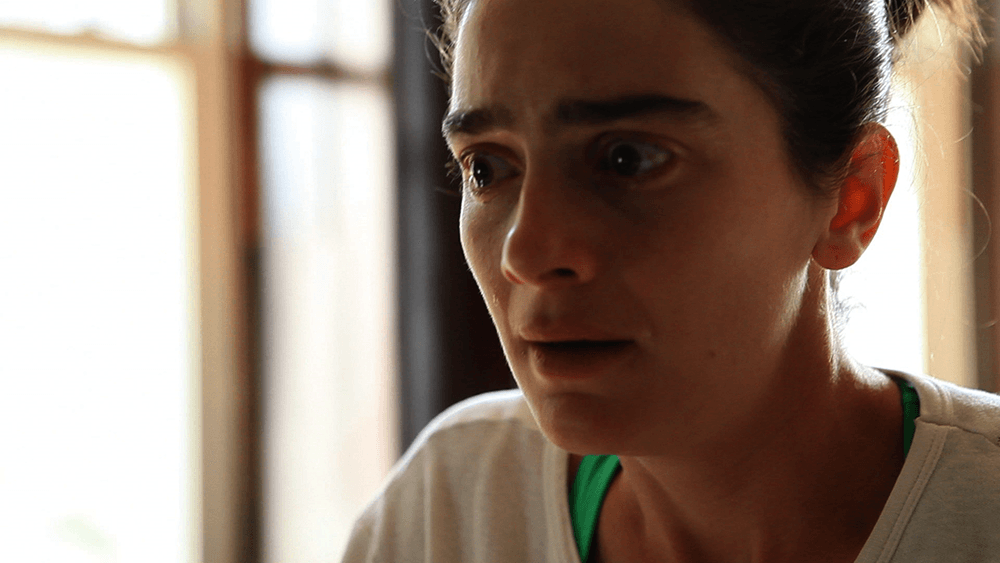 June’s distance, a mysterious model, odd land lady, and a plastic toy horse may be the tipping point for Leah, who is masterfully acted by Gaby Hoffmann. The close-ups of Hoffman’s tormented face, the sticky tears, blunt piano sounds, and claustrophobic setting is a feeding ground for perfect slow-burn psychological horror.

I was lucky enough to have a short interview with Lyle’s writer and director Stewart Thorndike and receive some insight on this film. 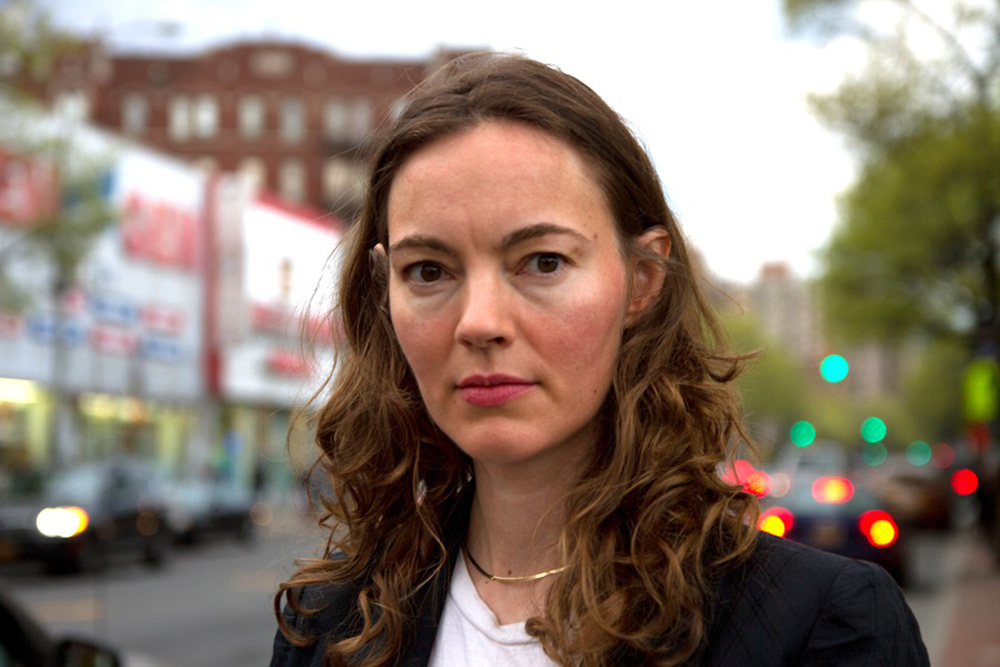 CHELSEA OPPERMAN: First off, what is your favorite film and favorite director?

STEWART THORNDIKE: I have too many favorite films and directors. Recently I went on an Ernst Lubitsch bender. I can’t believe how amazing he is. And I watched back to back films by an English director, Alan Clarke and adored them. Last night I saw a BATTLE OF ALGIERS – like Palestinian film called KAFR KASSEM by Borhane Alaouié that blew my mind. I’m really excited to see Lucrecia Martel’s new film, ZAMA.

Some of my favorite horror films are THE SHINING, ROSEMARY’S BABY, CAT PEOPLE, I WALKED WITH A ZOMBIE, THE INNOCENTS, BLAIR WITCH, SILENCE OF THE LAMBS (if you count that as horror).

CO: What films have been the most inspiring or influential to you and why?

ST: I always go back to ROSEMARY’S BABY. I love to see the real world disturbed. So many recent horror films have this retro overly-stylized thing going that prevents me from really experiencing the story. They seem more like a fun house or something. Polanski can make the ordinary seem evil. You question everything. Even yourself. I find this terrifying. The uncertainty is haunting. 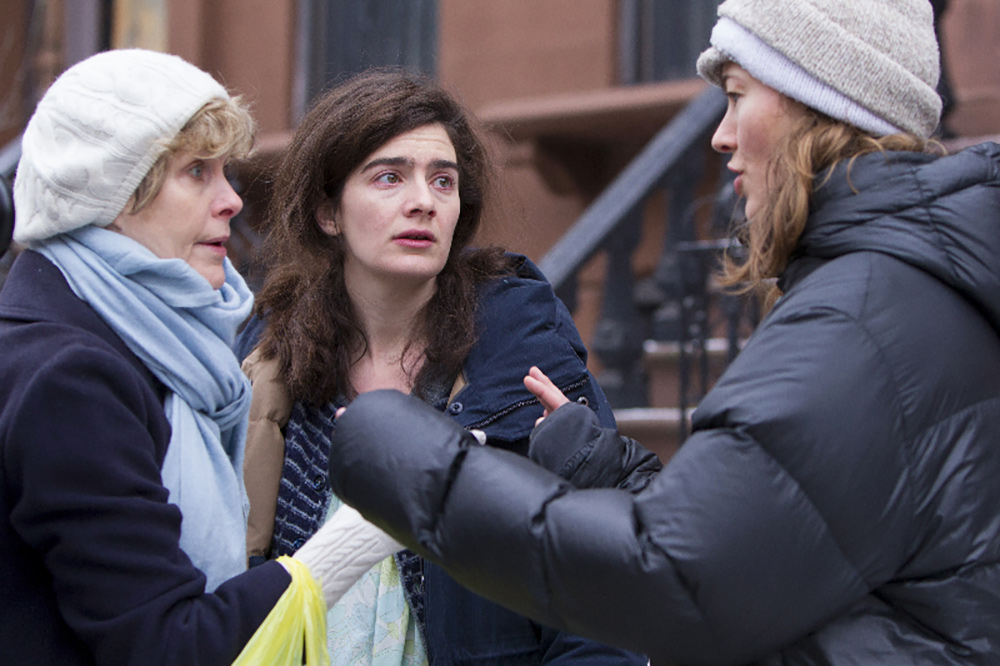 CO: What was the inspiration for Lyle? When do stories usually hit you?

ST: LYLE was inspired by wanting to have a kid and also being afraid to have a kid. Stories come to you in funny ways. Sometimes you can see the whole thing, and other times you are chasing a feeling. Finding a story is a hunt. You have to trust your ideas and impulses, but you also have to prod the hell out of it. Examine. Sniff. Experiment.

It’s about a flexing it to its limits. You need to investigate if it has energy, sustenance, momentum. And that takes an exhaustive amount of toil and faith. And usually I think I’m making a movie about one thing only to realize years later it was obviously about something else that I was perhaps too afraid to face. 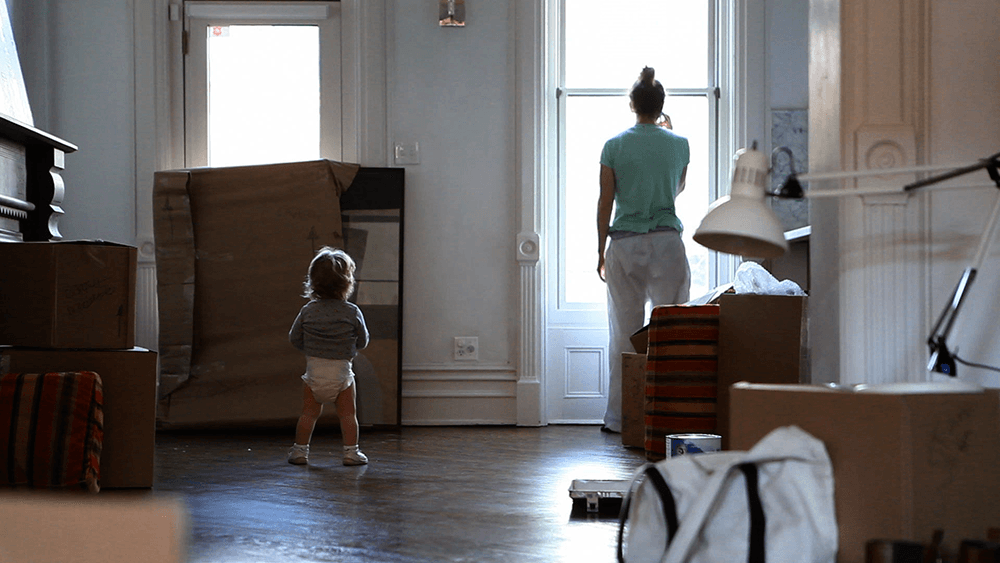 CO: Why did you choose to use a Brooklyn brownstone for the setting? Are your characters based on anyone you have known in your life?

ST: The Brooklyn brownstone is just a fantasy. In fact, years ago I wrote a sci-fi and the lead character was called Brooklyn Brownstone. I wanted Leah to get her dream house. To have so much that appeared perfect but that didn’t feel perfect. That was the character crime of Leah. She compromised for the idea of something. The relationship, the partner, her career.

I’m very flexible with my characters. I don’t get attached. I work the theme and story out and develop characters that serve that purpose for the most part. But there is an exchange in that recipe, because at a certain point the character becomes real and informs all the other elements. All that is to say my ideas and themes are more likely based on people and relationships in my life than any actual character. 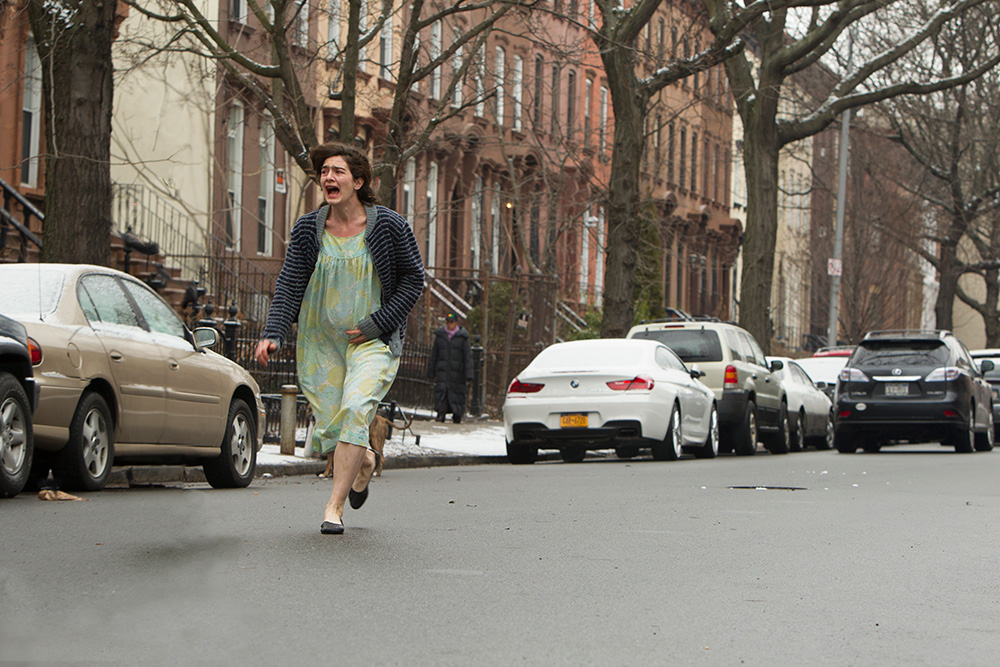 CO: The cast was perfect, everyone was very nuanced. Regardless of whether that is true, some actors have “it” and some do not. You’ve spotted that “it” and it shows on film. What is “it” and how do you find “it”?

ST: I think “it” is the ability to totally believe and somehow be out of your head. I have no idea how actors can do this. I sure can’t. It’s like magic when you see an actor become someone else. Gaby is incredible. She feels so much and can just believe in something with a total commitment. I think actors can smell the world a little more acutely. Behavior, emotions, changes. 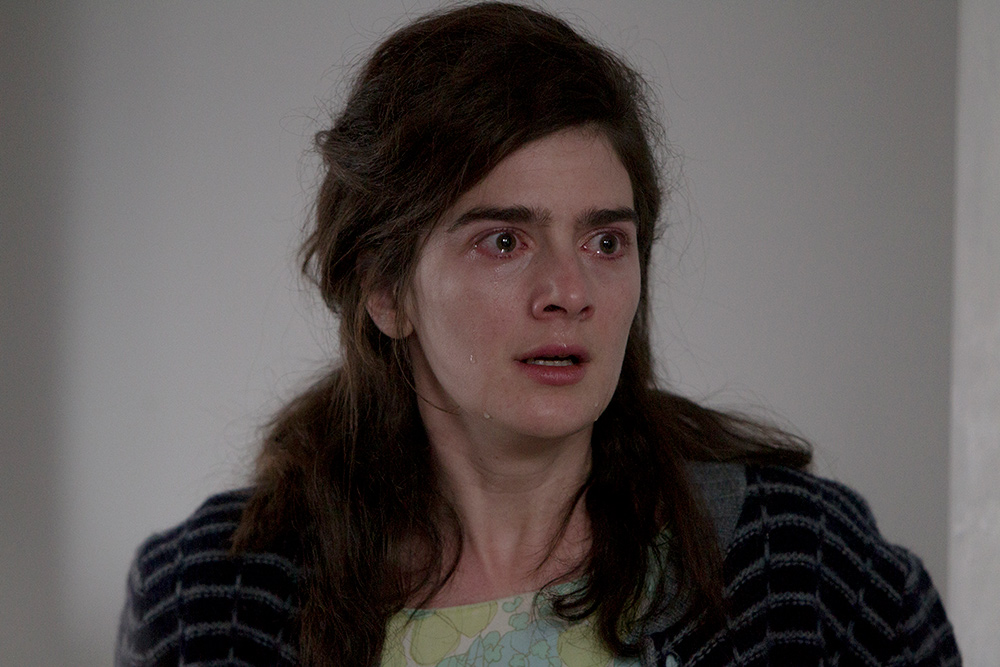 CO: What was the film’s purpose/meaning…what do you want your audience to take from their viewing experience?

ST: That’s a difficult question. It’s like asking me what you want to get out of sex. I’m not sure. It feels private and elusive. But maybe it is like good sex.

You basically want to bare your soul. You want to prove something, to make people be in your brain and see the world the way you feel and see it. To expose and also prove you exist. Ha.

CO: How do you feel about discussions that it is similar to Rosemary’s Baby? Do you find the comparison positive or negative? 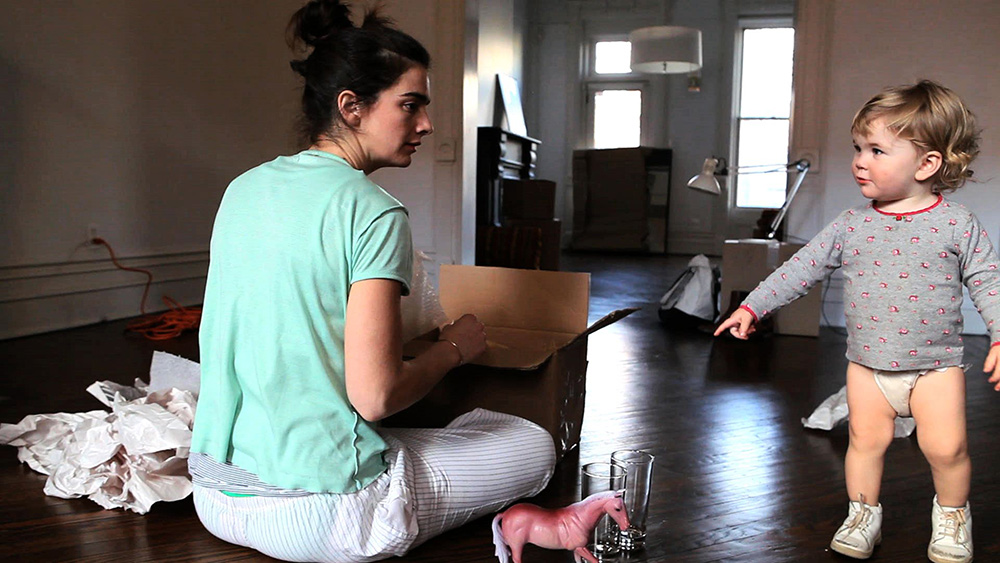 CO: Do you have plans on writing and directing more films? If so, more in the thriller genre or will you branch out?

ST: I’m doing two more female-driven horror films. THE STAY is my next film. It’s about four women who go to a closed down hotel. One of them brings an uninvited guest. DAUGHTER is the third and is a love triangle between a single mom, her angry teen daughter, and the witch who moves in next door.

CO: What is your favorite pub in Brooklyn?

ST: I like Erv’s on Beekman. It’s a tiny place on a tiny street in Lefferts Garden. 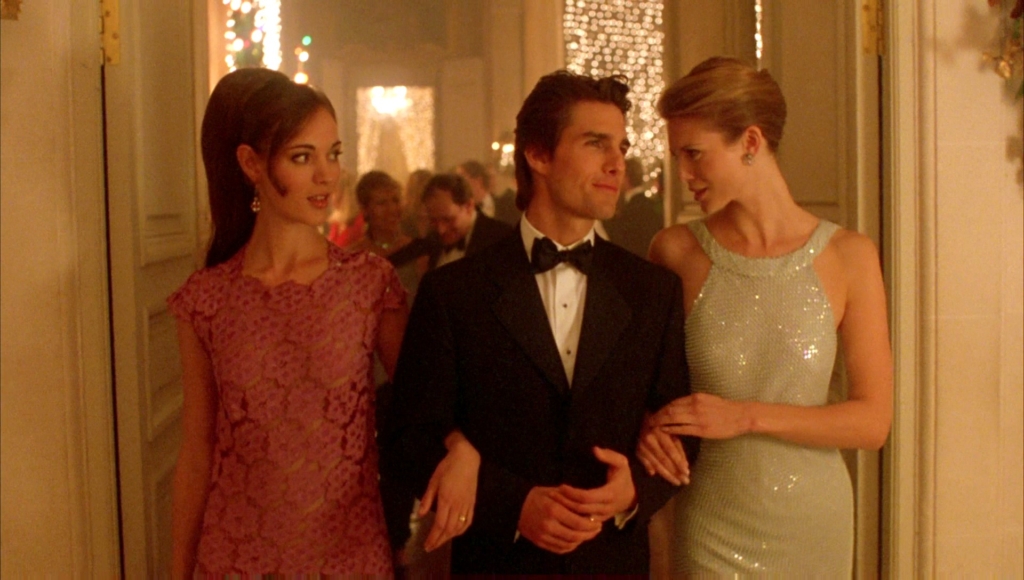 CO: And I would like to add for our readers, Thorndike played a model herself in Stanley Kubrick’s Eyes Wide Shut (1999), attempting to seduce Bill Harford (Tom Cruise) with a fellow model. Therefore, bonus question! How was working with Kubrick and how many takes did your scene in Eyes Wide Shut take?

ST: Working with Kubrick was a dream. I still can’t believe that happened. I was very young, and I wanted it bad. What stood out to me about Kubrick was his sense of humor. He was cool and funny. I think we did that take over 50 times. We did a bunch on day one of shooting EYES WIDE SHUT, and then we did it all over again two weeks later.