Davide Melini’s “Lion” is a masterpiece of short horror — a socially conscious, dark fantasy/creature feature that’s as entertaining as it is eye opening. 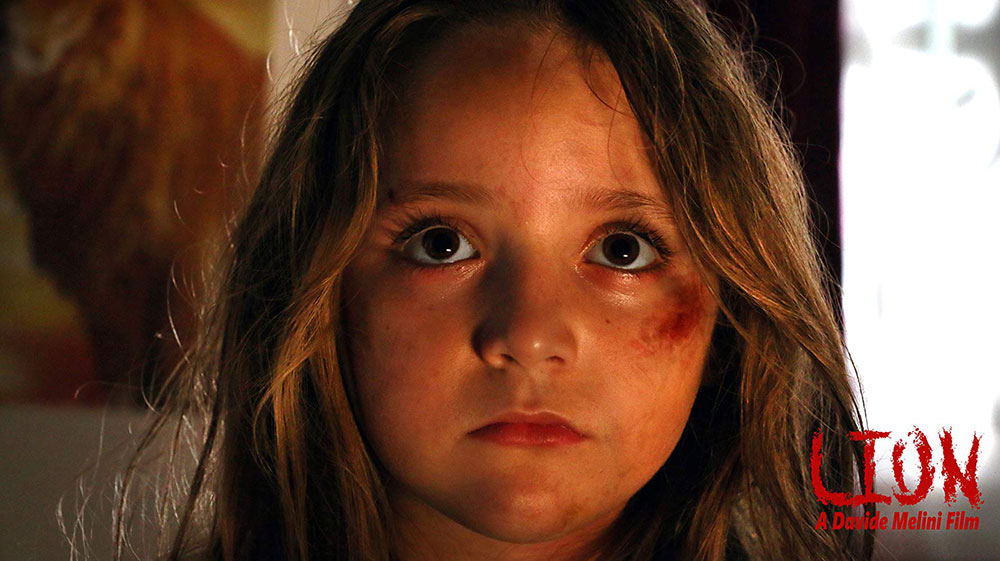 It’s a really good sign when I’m mesmerized by a film before it even properly begins.

Lion is a visually stunning film, which is evident from the very first frame of opening credits. A haunting tune (reminiscent of a music box lullaby) plays over breathtaking images of the cosmos in all its immense and awe-inspiring glory. Davide Melini, a masterful filmmaker who honed his craft while working side-by-side with legendary Italian director Dario Argento, makes every second of his beautiful 12-minute short work.

Even in these opening credits, he sets the stage for his poignant and deeply poetic tale about retribution and cosmic justice.

After the opening credits, Melini cleverly juxtaposes the vastness of the universe with the microcosm of life experienced by young Leon (Pedro Sánchez), a troubled boy who lives in a small, isolated chalet in the middle of a snowy forest with his cruel and abusive parents. Outside, the snow-covered cottage looks enchanting and peaceful, like a scene out of a gothic fairytale. But the serenity is broken by yet another juxtaposition — the horrible sounds of suffering coming from inside the home.

When the camera moves to the interior, we’re met with nothing but ugliness. In fact, Melini astutely contrasts the serenely beautiful exterior with the violent and bleak interior of the home as a metaphor for how people so often hide the ugliness of their true nature behind a public façade — and how innocent victims often face the most danger in the one place that appears the safest.

Once inside, scenes of violence and mass consumerism flash on the television as a drunk and slovenly man (Michael Segal) carelessly channel surfs — surrounded by pizza boxes, ashtrays filled with cigarette butts, and empty beer cans.

Meanwhile, 8-year-old Leon sleeps in his sparsely decorated room, with only a few lion friends to keep him company — a couple of posters and a small stuffed toy he desperately clings to for comfort after suffering unspeakable abuse at the hands of his parents. The evidence of this vile treatment is reflected on the young boy’s battered and bruised face.

He cries out in his sleep, gripping his toy lion tightly and pleading for someone to rescue him from his living nightmare.

We then cut back to the father who has just awoken from a drunken slumber in his chair. He angrily yells at his wife (Tania Mercader) to bring him another beer, and she meekly obliges. Meanwhile, he’s frustrated to find that lions are on the television. Annoyed with his son’s obsession for the magnificent creatures, he tries repeatedly to change the channel but is unable to make them go away.

The more frantic his attempts to change the channel become, the more intensely the onscreen lion appears to stare down the man — as if peering into the soul of his darkness and inhumanity.

As the lion comes closer and closer towards the screen, stealthily stalking his prey (in a scene that echoed Samara’s chilling crawl out of the television in The Ring), we quickly cut back to the ethereal exterior of the home. It’s a scene that intentionally parallels the opening shot. Only this time, the screams from inside are coming from the father rather than the son.

Once again, we are mercilessly spared from the brutality of the actual attack, but we are shown the bloody aftermath. While Melini takes a minimalist approach to gore — smartly focusing instead on the fear, tension and psychological trauma — the special effects that are used are exceptionally good. 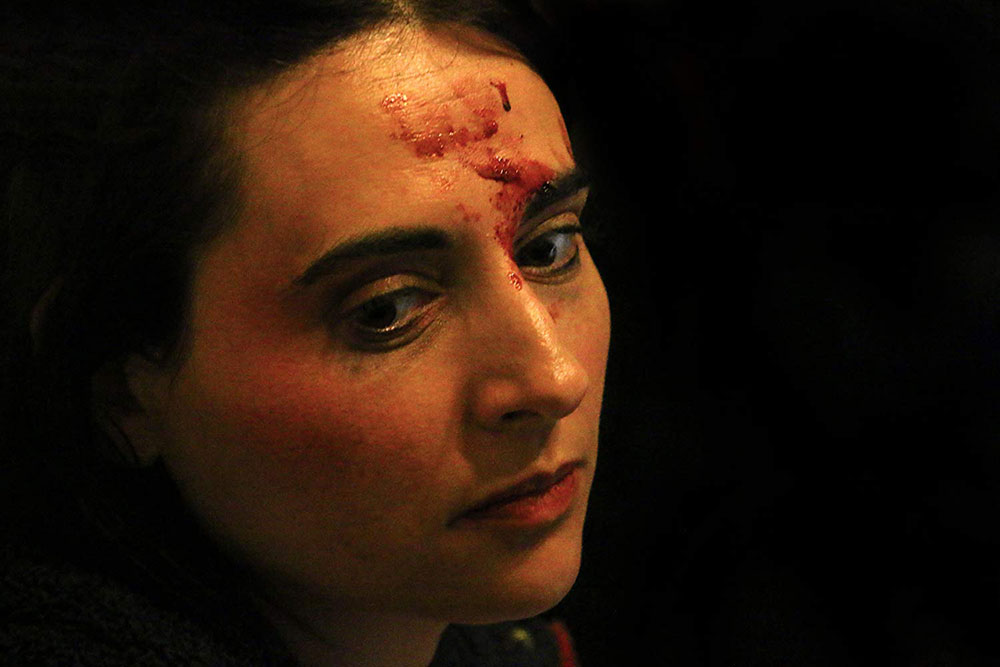 While the film very effectively uses elements of a classic creature feature to tell its dark tale, the man-eating lion is not the monster of the story. Instead, the animal known for being fiercely protective of its young represents the failure of Leon’s mom and dad to keep him safe from harm. Ironically, Leon is far safer in the presence of the killer beast than he is with his own monstrous parents.

The film ends on a dark but wonderfully satisfying note, followed by a sobering message about the worldwide epidemic of child abuse and brutal victimization of the most innocent and helpless.

To date, LION has had a remarkable festival run, winning 260 awards in less than two years of distribution, and triumphing in major cities in the US and around the world. In fact, LION has become the most awarded horror short film in history, and it’s easy to see why. It’s an extremely powerful, compelling, and socially aware film — an effectively terrifying and fantastical tale that also exposes the horror of real-life atrocities.

This is a must-see short film. It’s still finishing its festival run. But I urge you to follow Lion on Facebook for updates about when and where you can see this beautiful and astonishing piece of filmmaking.