I may have very well just witnessed the absolute coolest thing ever. The enormously talented artist and filmmaker Michael Wong sent me over a link to his latest project, a conceptual trailer called The Tattooist.

Wong is an award-winning Malaysian film director based in Beijing, China. His directorial debut short film The Story of 90 Coins (which you can watch here) picked up 60+ accolades from international film festivals. Prior to launching his filmmaking career, Wong spent 16 years as an art director and creative director, working for some of the biggest and most prestigious ad agencies in the world.

After winning over 50 creative awards, he moved onto the filmmaking scene as a writer/director for a worldwide viral video campaign for Lenovo. Since then, he’s been working for major brands such as Mercedes-Benz, BMW, and Samsung, just to name a few. 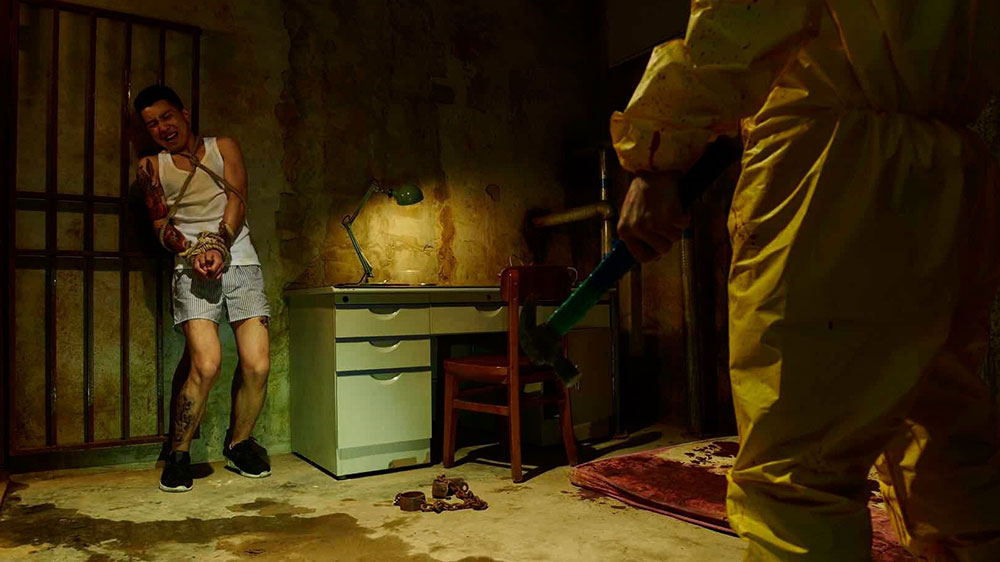 One of Scream Zone’s experiences, ‘The Tattooist’, brings to life a twisted game inspired by the psycho killer theme. The description of the experience is as follows:

‘The Tattooist’ studio is renowned for its remarkably crafted tattoos. But during your visit, you’ve been drugged and imprisoned with other unfortunate victims that bear his prized masterpiece. Fight your fears, solve intricate puzzles, and race against time to escape from The Tattooist before you end up as a victim of his morbid obsession! 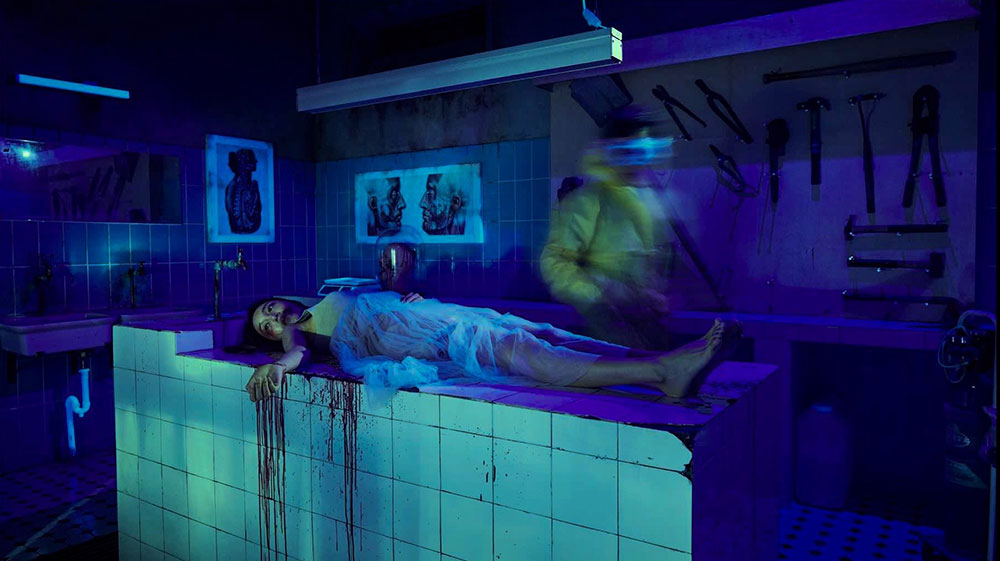 Wong created the short trailer to give guests an idea of what they could expect during the terrifying but thrilling experience.

The chilling short features two real tattooists from Beijing, who also provided the tattoo work featured in the film. Additional cast members came from Troy’s Team Action, consisting of talented stunt actors and actresses from Australia, Mexico, Venezuela, and the Ukraine (among others).

In addition, Found in the Attic provided the killer soundtrack for The Tattooist. Filming for the trailer was done in the actual escape rooms, with the story, ambient lighting and sound mirroring actual game-play.

Wong served as Production Designer, Writer, and Director for the short, which was recently awarded BEST TRAILER at the Independent Shorts Awards. 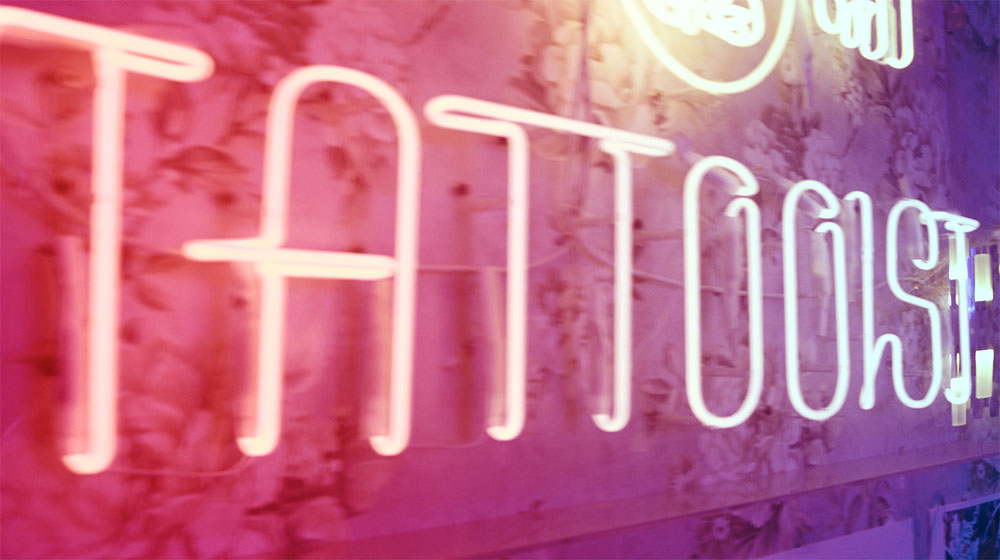 He explains his intent with the project:

“This is a great example on how art, film and entertainment can be fused and extend across different interests and regions. I hope this will encourage more artists to explore cross border, cross field, cross platform collaboration.”

Watching the short, I was blown away by how wonderfully executed it was — and how much visual style, terror, suspense and great gore we get in the very short 1:20 run time. I so want this to be a real trailer for a feature film. I’d rush to see this in a heartbeat.

As it stands, I’m severely bummed out that I’m not able to visit this Escape Room. It looks absolutely harrowing and completely unnerving, but also exhilarating and unforgettable. 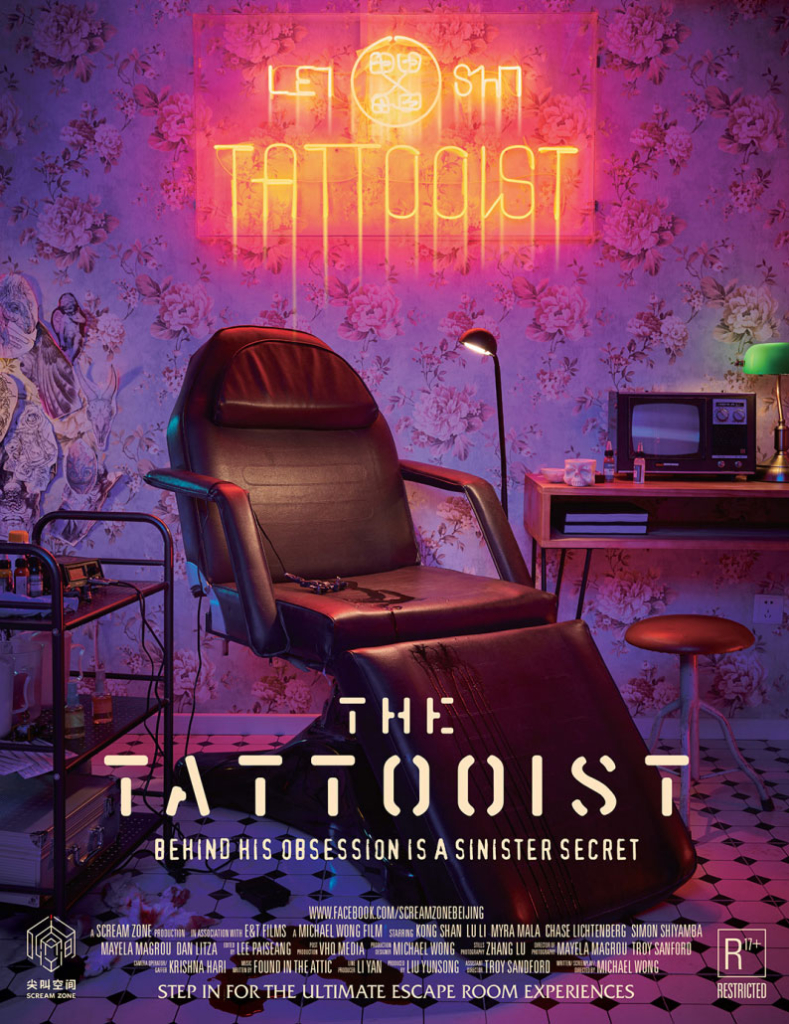 Check out the jaw-dropping trailer below.