In the same vein as Stephen King’s “The Mist”, a group of strangers must battle an unseen enemy that appears in a blizzard in this recent horror release. 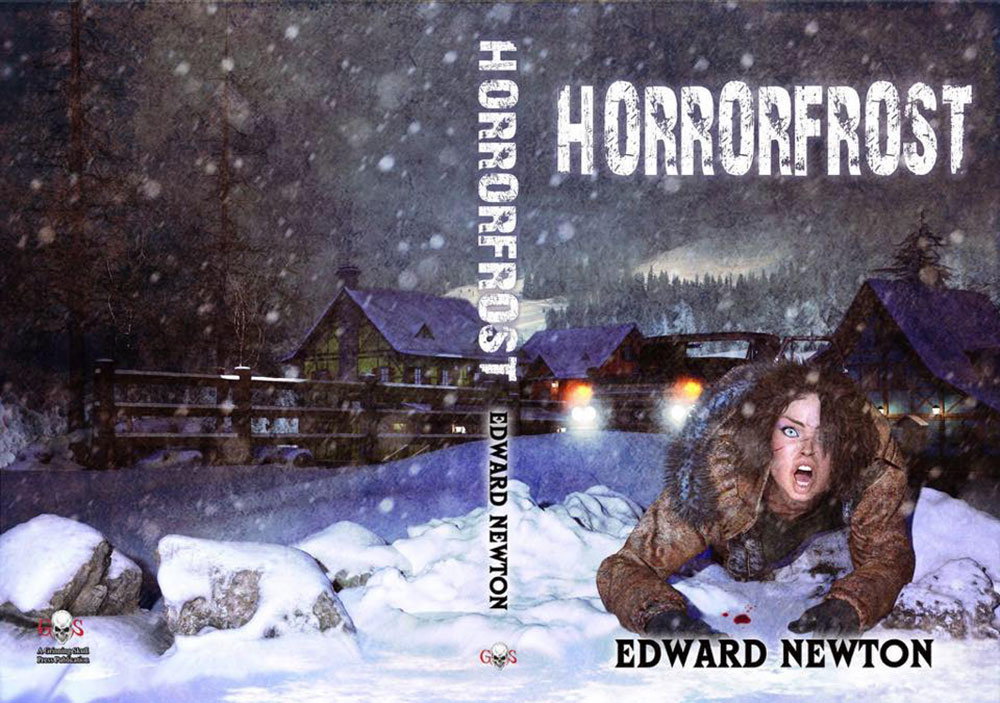 “The snow gathers in drifts now nearly to his shoulders. Forward, forward, forward. Right to his front door. Or where his front door ought to be. The walls are all flat, smashed to the ground and nearly covered already by fresh snow. Everything he ever had has been pummeled, flat as the pancakes he made just that morning. Something squashed the cabin as easily as Roman might flatten a pillbug under his heel. Whatever it was could be as close as his fingertips, concealed by the white. And the wind rises, the temperature slips another degree, and Roman Carver shivers. It has nothing to do with the cold.”

Horrorfrost is a recent release, published by Grinning Skull Press. The book focuses around a group of strangers — including a rugged mountain man, a doctor, a woman suffering from dementia and another obsessed with her waning beauty — and their fight for survival as a powerful blizzard sweeps through the town, bringing with it something with an appetite for human flesh.

As the survivors are picked off by creatures unseen in the whipping wind and snow, they must band together and rely on each other’s quick thinking and skills, less they become another casualty.

At less than 200 pages, this novel starts out kicking and doesn’t let up until the conclusion. 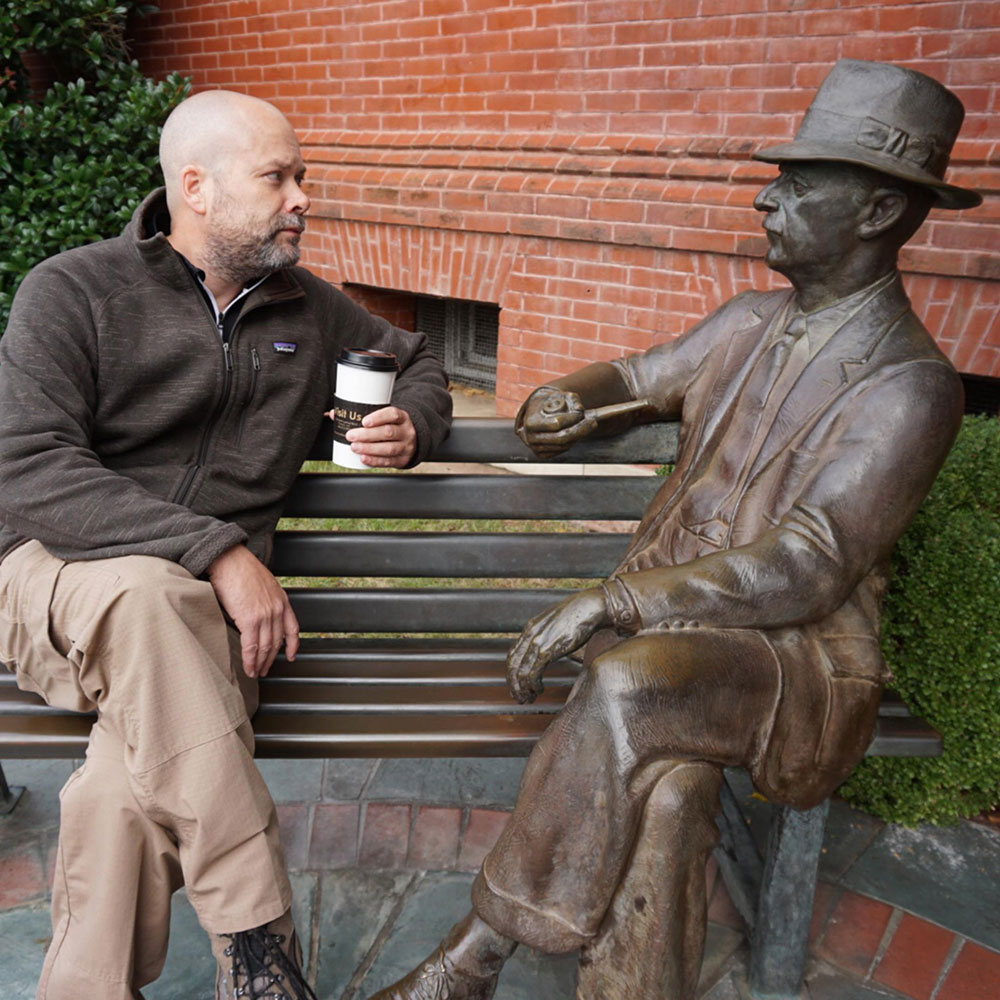 Personally, I’m big on horror novels with a strong ensemble cast, and the characters here are definitely what drives the story.  Newton doesn’t shy away from using a cast full of colorful, diverse characters, and it’s awesome to see black people, like the (arguably) main character of the novel, Roman, taking the lead.

In the way of supporting characters, there’s the engaged same-sex couple Trevin and David, celebrating their bachelor party at the doomed ski-resort town; an overweight, teenager that struggles with his self-worth and suicidal ideation after being brutally bullied at the hands of his classmates; and Rhonda, a middle-aged black woman who foregoes any feelings of self-preservation in order to care for an older woman with dementia.

Edward Newton is able to put these characters together and have them interact in a way that doesn’t feel demeaning. Newton doesn’t waste time pointing out the things that make them different, and it’s fairly impressive that, in a horror novel filled with marginalized characters, not a single N-word or slur is thrown around (take notes, Stephen King). 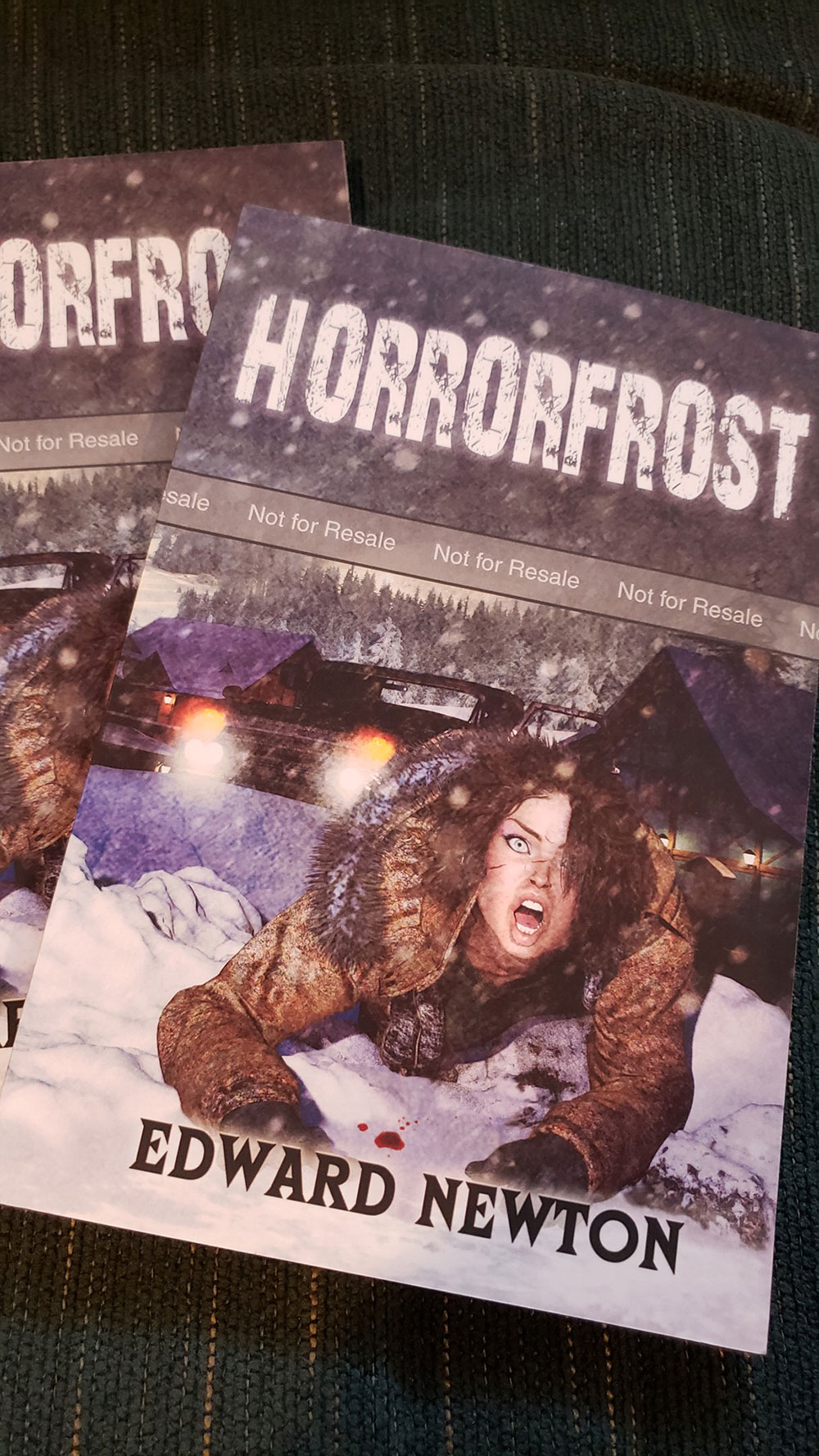 There’s also no definitive explanation as to exactly what the big bad antagonist of the book is, which is pretty neat. To explain the monster is to lose some of the fear of it. Newton gives just a touch of exposition as to where it came from, but the most we know is that it’s huge, and it’s hungry for human meat. And if that’s not enough reason to fear it, I don’t know what is.

Horrorfrost at its core is an enthralling fight for survival with similarities to The Mist, in which ordinary humans must fight off cosmic, unexplained monsters from another planet. If that’s your jam, the book is now available on Amazon.