This week, we tackle a monster subject — exploring the legend and lore of dragons throughout history and as part of many cultures (16 min) (8.02.19). 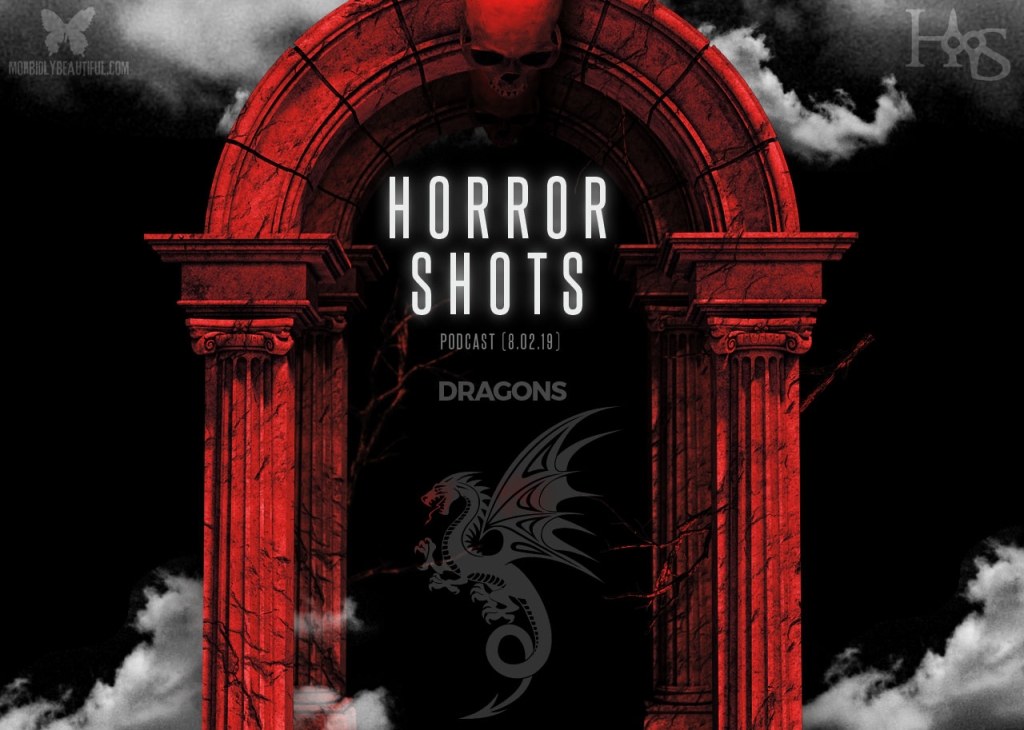 Here’s a biggen. I’ve toyed with the idea of doing a cast on dragons, but it seemed like such a large daunting, fire-breathing task. Alas, I’ve decided to cover it no matter how large the job.

I think we’re all pretty familiar with the dragon itself. It’s generally a large, sometimes winged lizard-like creature that, in fantasy, breaths fire. Of course, dragons have been major players in all sorts of fantasy since the beginning of fiction. But do they have a role in actual history? Yes, we know there’s the Komodo dragon, but what about the flying and the fire breathing kind?

Well, it comes as no surprise that almost every culture around the world has made reference to the mighty beast at some point in time. But it seems to start where most myths, legends, and spirituality started – ancient Mesopotamia. They had their own version of the dragon which appeared in various writings, such as poems, and other forms of art (sculptures, murals, etc.).

Carrying on through time, we head to Egypt, where we encounter a giant serpent with a dragon-like appearance and traits. And there were other areas in the Middle East that had their own dragons. But it wasn’t just that continent that provided us with great lore on the subject. The far east is well known for their dragons, and parts or Europe also embraced their own dragon culture as well.

It’s no surprise that these enormous lizards have such a prominent role in so many cultures. They’re fierce and fiery, strong and powerful, and everything every nation wants to have represent them. So be sure to listen, review, and subscribe to the podcast on iTunes, or YouTube so you never miss an episode!