In this week’s episode of the podcast, we explore a few of the most fascinating stories surrounding the legend of the Thunderbird (15 min) (5.24.19).

Editor’s Note: In case you missed it, we made a big announcement earlier this week. We are expanding our podcast network, and our first new addition is one we are incredibly excited about. We are now sponsoring Casey Chaplin’s very successful Horror Shots podcast, which explores the mysterious creatures and events of myth, legends, and folklore. The first episode of the podcast as part of the Morbidly Beautiful family was just released, and it’s a great one! Check out the show summary from Casey below and listen to the new episode directly from this page.

Then be sure to come back every Friday at 1pm Eastern for new episodes!  – The Angry Princess

Welcome, Morbidly Beautiful readers! In this week’s episode of the Horror Shots Podcast, we’ll be taking a deeper dive into the legend of The Thunderbird, a staple in the Native American culture. 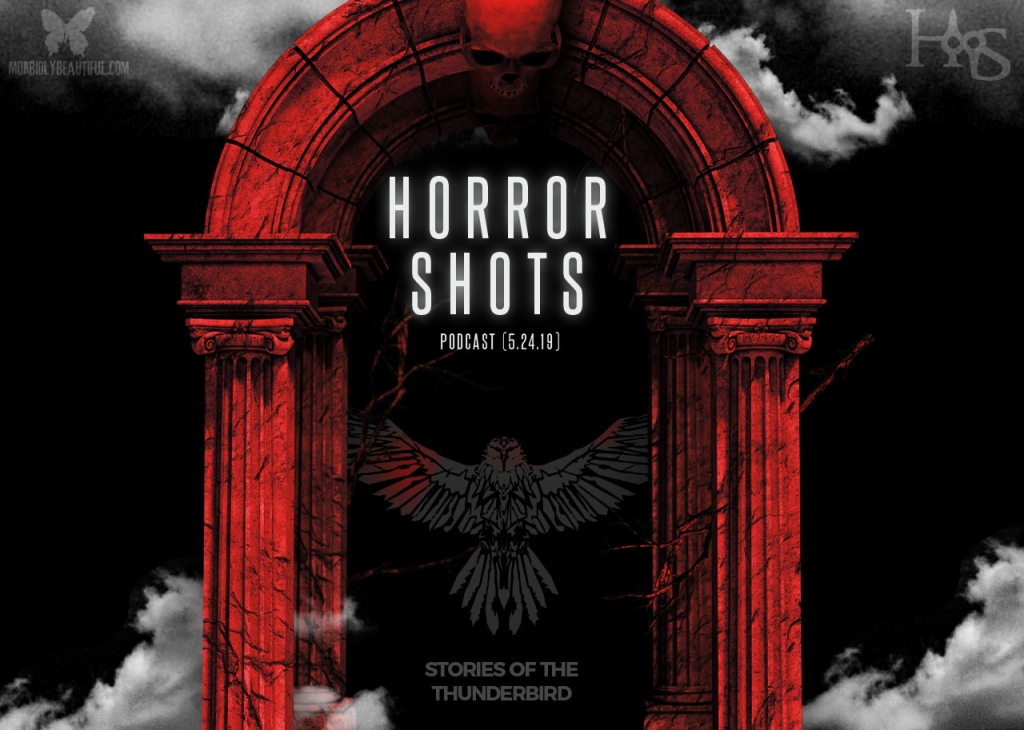 Around since the earliest days of history, the Thunderbird has been worshiped and admired by tribes all throughout North America for its brilliance and power over the weather. Sometimes a protector, and other times an enforcer of morality, the Thunderbird is a prominent and imposing force within the Native culture.

If you haven’t listened to last week’s episode, I would recommend going back and doing so… I mean, of course I would, it’s my podcast! However, if you want a bit of context and  information on the legend that is The Thunderbird, it’s worth a listen.

But onto this week’s cast!

While last week I went over just what The Thunderbird is all about, this week I regale you some fascinating stories and accounts of this mythological creature, from battles with whales to turning people to stone. The Thunderbird is really one of the more intriguing specimens I’ve ever looked into, and I hope you feel the same.

Want a small example of what the Thunderbird has to offer?

From its impressive wingspan to its ability to shapeshift into a human, the Thunderbird has been said to have done many incredible feats, not limited to those listed. In fact, it’s been cited as the creator of life and enforcer or morality. But it’s the stories that are perhaps the most telling. Stories like the tale of the Thunderbird and Mimlos-whale, wherein the Thunderbird would snatch the whale from the waters of a great flood and bring him to its nest. However the whale would escape every time. This is a battle that would range for great periods of time and be particularly brutal.

I don’t want to spoil the whole thing however. You’ll just have to listen to the podcast episode in order to get the rest of the tale, and several more.