Offering an intimate and personal touch on horror, Shock Stock has always been something to look forward to each year, and this year was no exception.

Held in the former Murder Capitol of Canada, London, Ontario welcomed Shock Stock for its 9th annual horror convention ‘The All- Nighter Frighter’ edition from April 26-28, 2019.

Shock Stock offers its horror fans beloved celebrity guests, photo ops, and Q&As. Fans also enjoy private screenings, access to artists/vendors and much, much more! Held at the Ramada Inn right off highway 401, Shock Stock makes room packages available for out-of-towners. In addition, it offered a private chartered party bus to bring in attendees from Toronto, Montreal, and Ottawa. This made it pretty easy to get to for anyone located in Canada. 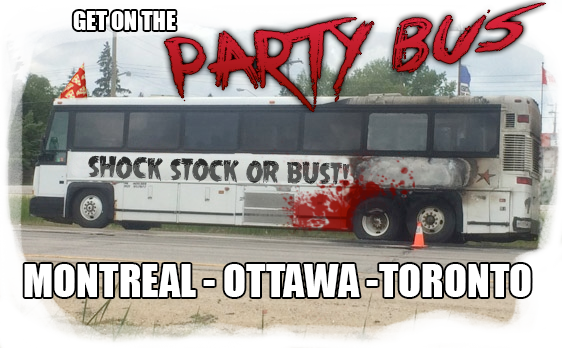 Started in 2011 as a collaboration between Vagrancy entertainment and Grimbrothers, Shock Stock has continued to expand over the years to include more sponsors like Raven Banner & Railway City, a local brewery.

In addition, the con has produced many timeless memories and unforgettable guests! 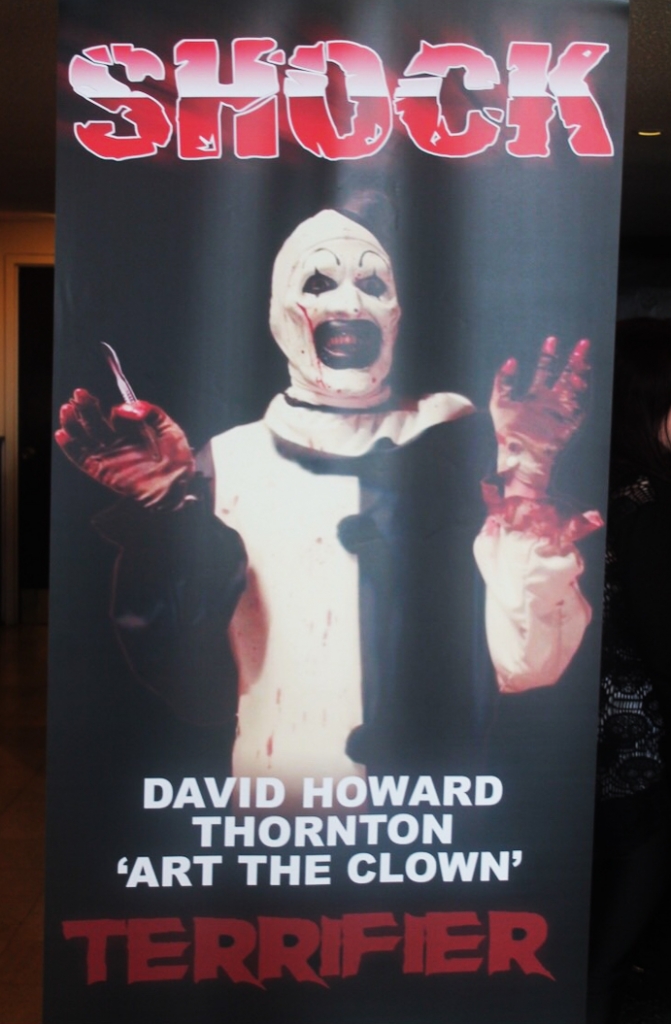 Personally, I would consider Felissa Rose the real gem celebrity guest of the weekend. She took the time to provide every guest with an intimate meet and greet. She also actively participated in all events throughout the weekend and consistently engaged with fans of all ages throughout the event.

Ted Rami also made a special appearance on Saturday to stop by and pay a visit to some dear friends, which was an awesome surprise to everyone in attendance! 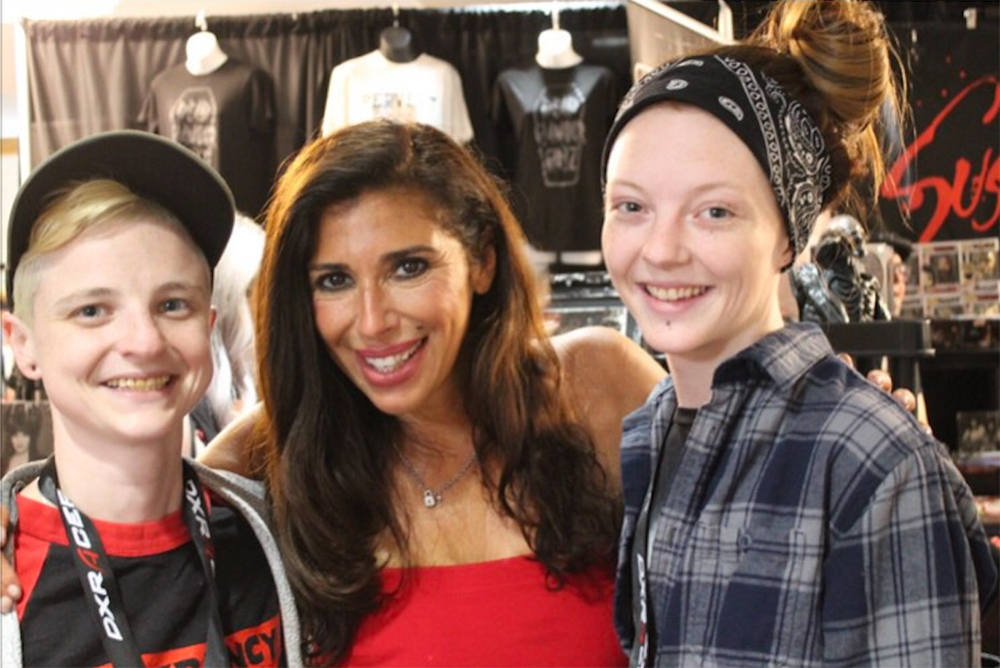 The highlight of the event was the Shock Stock Film Festival.

Beginning on Friday and running until Sunday evening was the highly anticipated Shock Stock film festival. The fest featured numerous screenings throughout the day for films like Clownado, Girls, Guns & Blood, Slimoids, and Clowna Nostra (among many others). There were also blocks of short horror films and the ever growing ‘Crystal Shocker’ awards which were held on Saturday evening. Sunday also marked the world premiere of Silence of the Sponge, a silly yet smart short which was well received by everyone in attendance.

Guests had the opportunity to participate in photo ops, SFX makeup lessons, featured guest lectures and workshops for a small extra fee.

Shock Stock also has events running all day that are completely free to attend with admission to the festival.

This included Q&As and countless artists and vendors everywhere. Guests could mingle with representatives from film distribution companies like Black Fawn, Raven Banner, TROMA and Saint Asylum Productions. They could also score some one-of-a-kind memorabilia from Videonomicon, Twisted T’s, Rotten Rags, and many others. In addition, the con put the spotlight on local tattoo artist INK BY SMINK who did live horror-themed pieces all weekend long.

Witch Finger Podcast, one of my personal favorite YouTube and podcast channels, also had a booth set up. They mixed in with fans and held a live podcast screening of Evil Dead 2 on Saturday. It was a great treat. 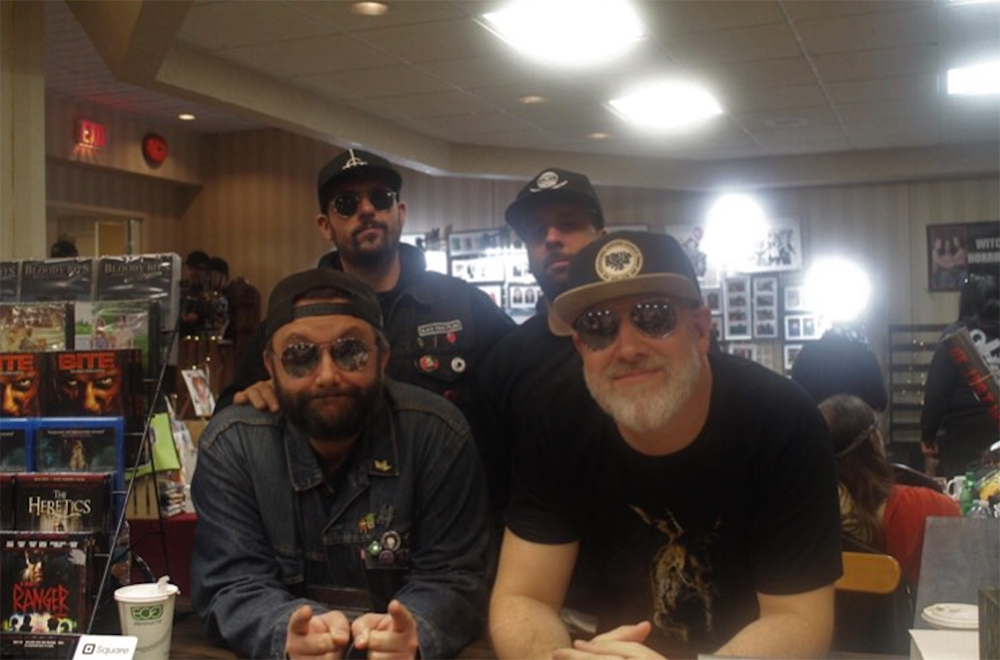 Next year will mark the tenth annual convention.

Having delighted horror fans in Canada and beyond for ten years now is quite a wicked accomplishment for everyone involved. But it’s also been hinted on their website that next year’s attendees should expect quite a celebration!

There’s so much to do and see at Shock Stock. And the fun doesn’t just end at midnight, with live entertainment and karaoke events going into the wee hours. If you make plans to attend next year (and you definitely should), be sure to prepare for a very long weekend. But it will also be a very memorable and exciting one.

Stay tuned to the con’s website at http://shock-stock.com/ and their Facebook page at https://www.facebook.com/vhstapeswap for news of the 2020 con as soon as it’s available.