Relatable and unsettling, “Desolate Soul” is an uneven but compelling film that explores heartbreak through the lens of both horror and philosophy. 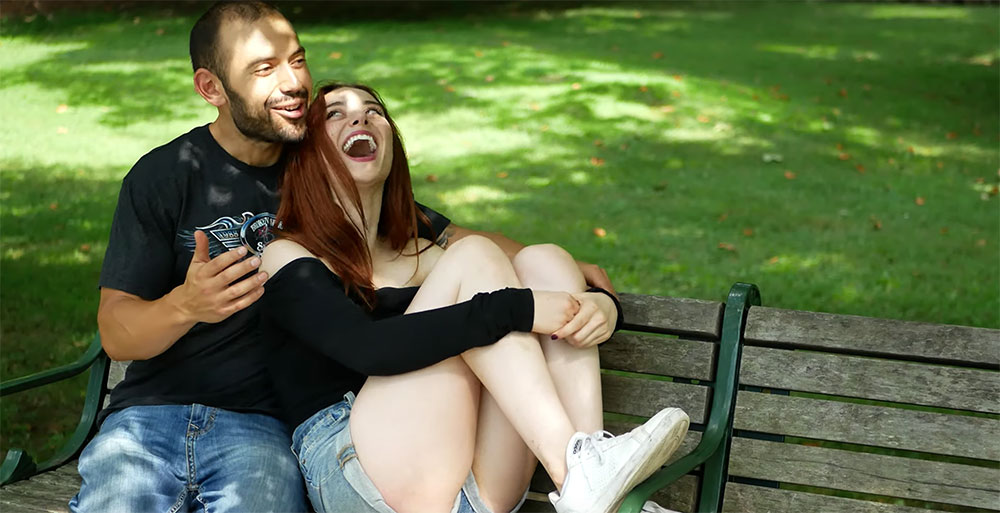 In an effort to highlight more independent genre voices, our editor helps uncover hidden gems that deserve to have a light shone upon them.

What I love most about working on this site is having the opportunity to discover talented new voices I wouldn’t otherwise be exposed to. And I love having the chance to share those discoveries with all of you — like the micro budget psychological horror film Desolate Soul and The Lingering Ghost by Mike Loayza.

Desolate Soul is what happens when a philosopher poet makes a film. I mean that as a compliment. But I also intend to give you a framework to determine if such a film is likely to resonate with you.

The movie follows a struggling author named Clyde (played by Loayza) who battles heartache in the midst of his ex-girlfriend’s strange disappearance. After a sudden and devastating breakup following a blissful five-year relationship, Clyde finds out the love of his life and the woman who broke his heart, Basil (Alexis Abrams), has gone missing. He then begins to have disturbing visions that haunt him

His shrink tells him what he’s experiencing his normal — he’s literally being haunted by the memories of a love that has died. But he senses something more sinister is happening. Given that this is billed as a horror film, you can probably guess that Clyde is right to be concerned. 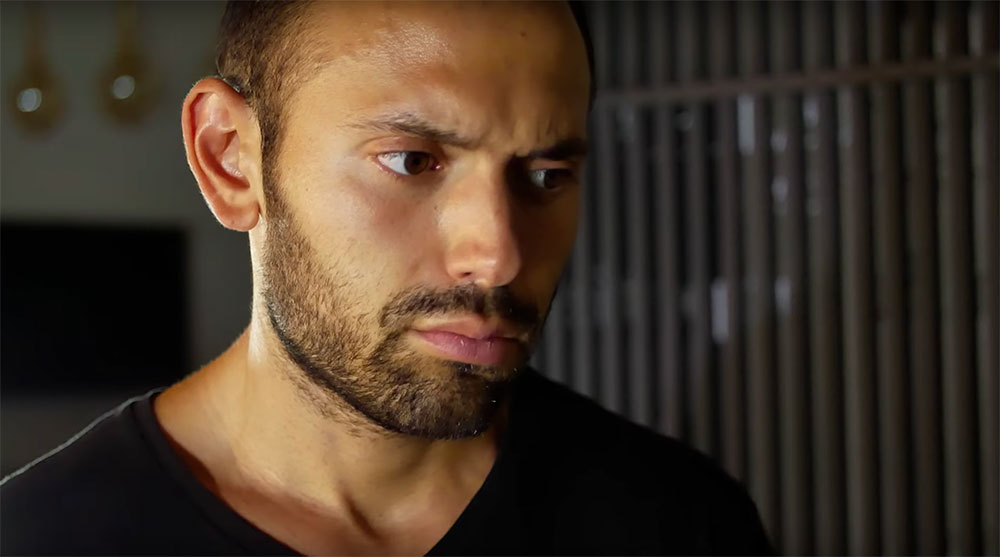 As a result, don’t expect to be blown away cinematically. You’ll need to make allowances for technical and budget limitations that are fully evident, though they didn’t detract from my enjoyment of the film.

For me, the film’s biggest asset was its writing and what Loayza had to say about love, loss and human connection. I was captivated from the first lines of dialogue, in which Loayza as Clyde reflects on what it means to love another person completely and unselfishly.

“We don’t want each other. We don’t even need each other. Needing is dependence and wanting is possession. Love is so much more than that. Love is choosing to be with another being beyond the pull of our toxic ego.”

He describes the importance of loving without attachment, but he acknowledges how difficult that is when we are haunted by memories of a love lost.

As Clyde struggles to deal with how love can be so all consuming one minute and then gone the next, he ruminates on the existential meaning of life and topics such as: honesty, the toxicity of our fake social media lives, the pursuit of happiness, the power of words, our desire to numb our pain, and our quest for meaning in suffering.

Ultimately, what follows is a metaphor for the death of love and the painful act of saying goodbye to the person you once knew. 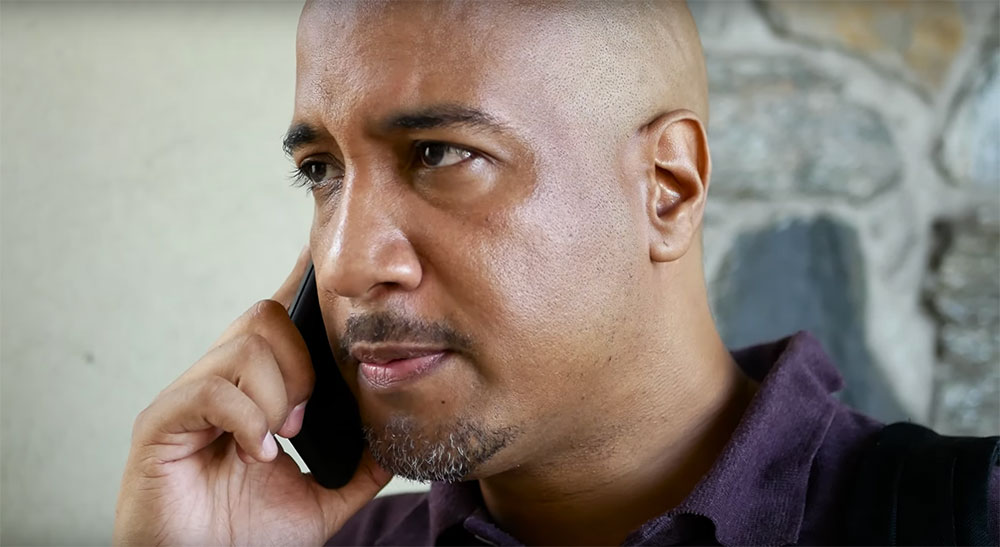 There are horror elements, and a mystery to unravel, but this isn’t a film that relies on scares. It’s much more interested in exploring the human condition.

Tonally, the film is all over the place. It moves from poetic drama to psychological horror to mystery thriller. It’s a strange and disorienting journey. But I was invested from the beginning, intrigued by where the film was going, and happy to go along for the bumpy but satisfying ride.

The soundtrack, which Loayza composed and performed himself, is quite beautiful and unnerving. It creates a chilling, atmospheric tension that dramatically enhances the impact of the film.

In his Director’s Statement, Loayza explains his vision for the film. 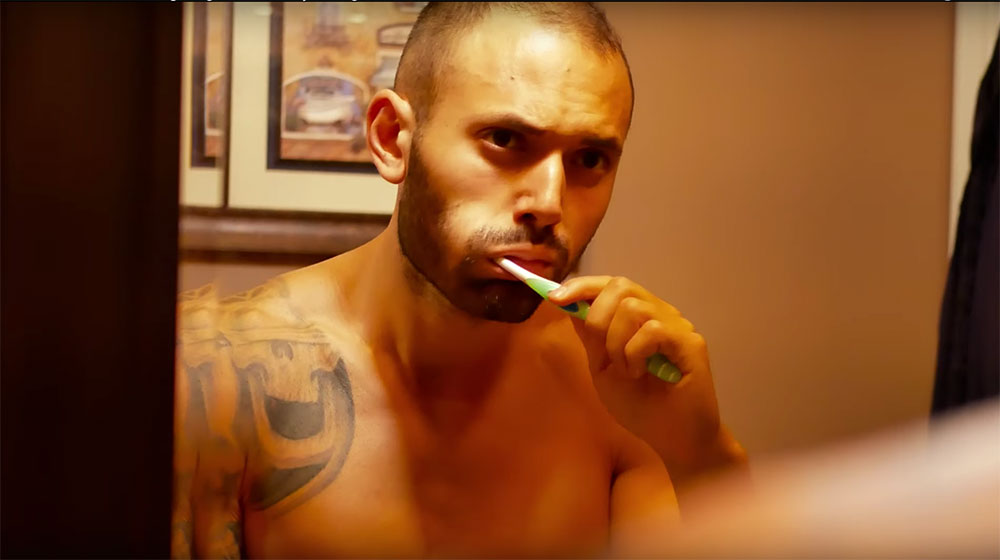 “Horror is the ultimate poetic experience of the human condition through metaphorical interpretations of the artist, which is universal and why good horror has such dedicated admirers.”

He goes on to add,

“I also must clarify “good” as the following: art that has an opinion, an experience, that is well thought and true to their individualistic journey.”

And that’s what Desolate Soul is all about: an artist’s journey to find meaning in the most universal and heartbreaking of human experiences. 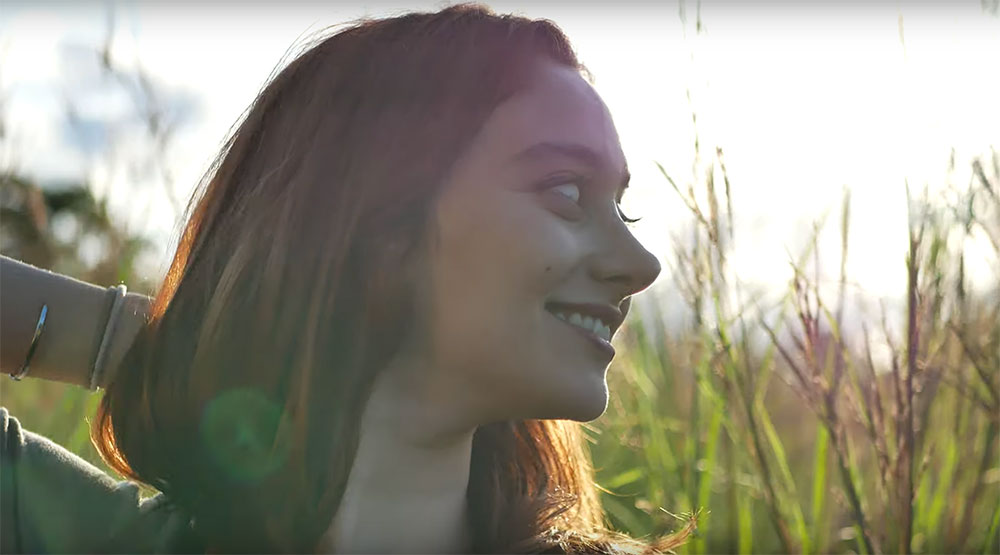 Loayza is a self-taught artist and prolific filmmaker who has self-produced 22 films (3 features). In these films, he writes, directs, acts, and is responsible for the cinematography, editing, and sound. He’s even started scoring his own films. He’s also published 7 books on topics ranging from philosophy, poetry, comedic essays, academic and horror. He’s written a hundred screenplays, several plays, and has even starred in off-Broadway productions.

He created his company LowWiseZah Studios in order to generate his own original content, both visual and literary.

Desolate Soul and The Lingering Ghost is available to watch for free on YouTube. I encourage you to support truly independent film and give this one a watch. Then head to Loayza’s website to learn more about this talented writer/filmmaker and discover more of his impressive body of work.