The Shudder Exclusive “Born to Kill” is a compelling, well-scripted and powerfully acted four-episode series about a young serial killer in the making.

As an American child in the late 70s and through the 80s, the only way to see BBC productions was on PBS, and that was pretty much limited to Doctor Who and Masterpiece Theater. But now we have BBC America, which is helping some of the great television being produced in Britain to gain greater exposure in the States.

The easy shows to name check are Doctor Who and Sherlock, but several other series produced by the BBC are well worth your time, such as Broadchurch, Luther (which is how most Americans found out Idris Elba was British), Being Human, Absolutely Fabulous and even the late night talk show The Graham Norton Show.

The strength of the BBC-produced shows is that the talent behind each show knows how much of their story to give to an audience without overstaying their welcome. 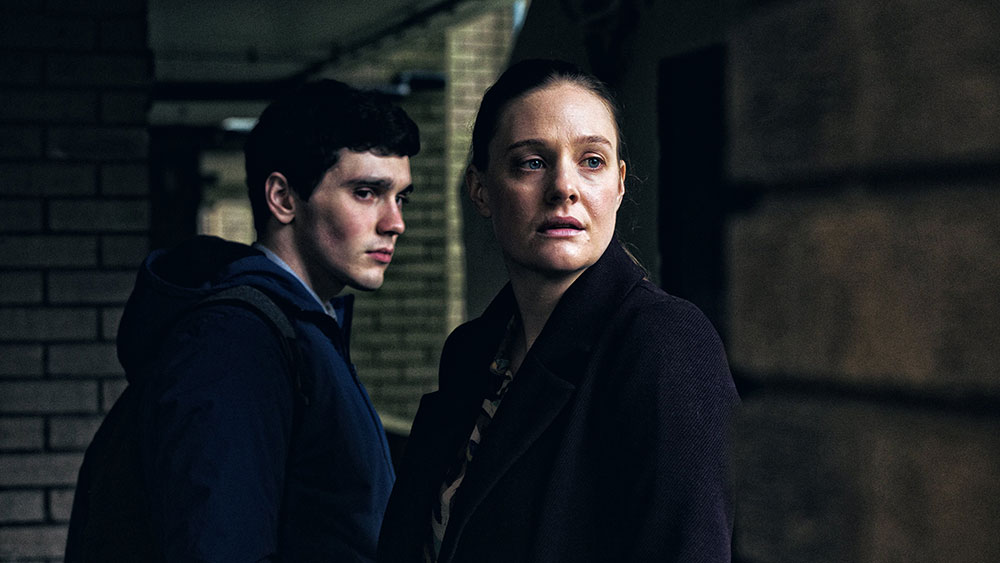 Unlike American shows, which can have seasons that produce 20+ episodes, the BBC generally keeps their series to a dozen episodes or less per season. Take, for example, one of my favorite BBC finds Ultraviolet. Released in 1998, Ultraviolet ran for one season and produced 8 episodes. Ultraviolet was about a world in which vampires and humans kept an unsteady truce. As the episodes unfold, the viewers learn that the human government suspects vampires of some nefarious plan. The season ends with the humans learning the vampires’ plan to nuke the skies to create an eternal darkness, thus taking away humans’ one advantage – daylight.

Ultraviolet was a very good series, and by the accounts I’ve read online, it was well received by critics and fans. But the creator of the show, Joe Ahearne, has refused any entreaty to continue the series because, in his view, he told the story he wanted and there’s no more to tell. While incredibly frustrating to a fan like myself, I admire the resistance to go beyond the original creator’s intent. 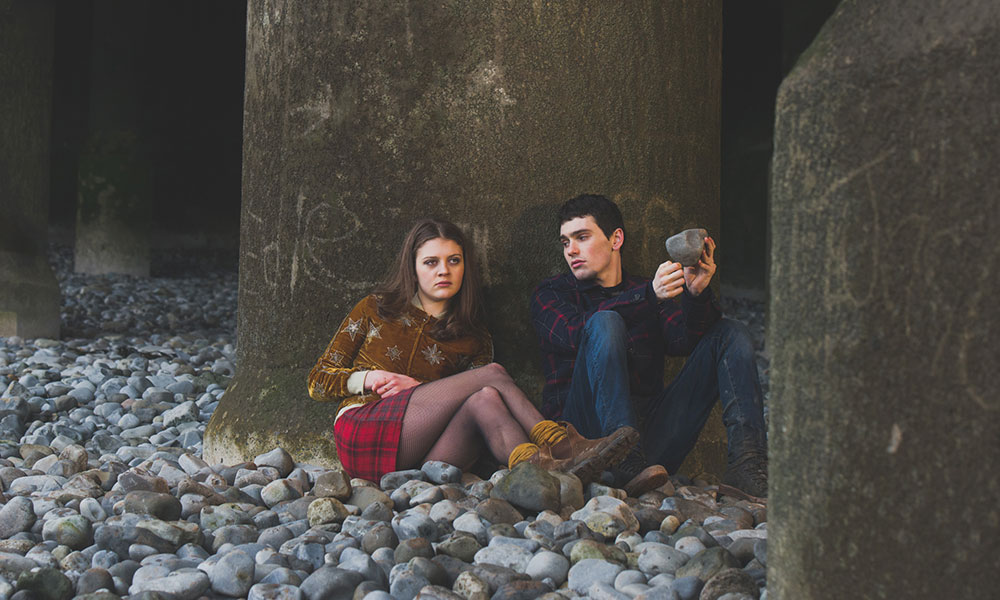 Imagine if Chris Carter had ended the alien conspiracy portion of The X-Files story around season 4, instead of adding layer upon layer of bad storytelling over the next 7 seasons.

All of this preamble is leading to my review of the BBC series, Born To Kill, which is now streaming exclusively on Shudder. Born To Kill is not currently available on BBC America on-demand.

It would be easy to look at the trailer for Born To Kill and dismiss it as HENRY: PORTRAIT OF A SERIAL KILLER – THE TEEN YEARS, as I admittedly did at first glance. But right from the first episode, Born To Kill is much more than a cheap knock-off of a cult classic slasher movie. 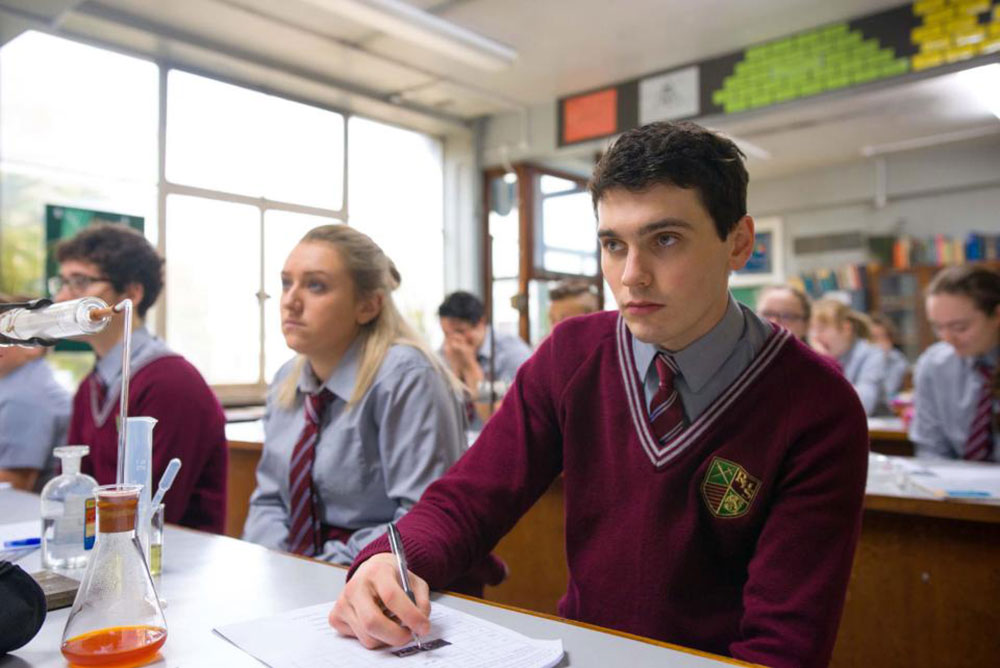 Sam (played to chilling perfection by Jack Rowan) is a 16-year-old loner living with his single mom, Jenny (Romola Garai). Sam, while putting up a front of a happy, well put-together teen, is starting to show emotional cracks about the long-ago death of his father. As the series unfolds, the secret of Sam’s father is revealed, but at the start we only know he’s dead.

Sam practices a heroic death story in his mirror and into his video phone. Sam has created a story that his father was in Afghanistan as part of the military invasion force, and he died saving a baby.

There isn’t much backstory of Sam and Jenny. Jenny is a nurse and Sam helps out at home quite a bit. After school, Sam heads to the hospital where his mom works to keep some of the elderly patients company. Sam soon has two new people in his life: A younger student at his school, Oscar (Earl Cave), who Sam saves from bullies, and a new girl at the school, Chrissie (Lara Peake), with whom Sam begins to date. Both seem to trigger a break in Sam’s life routine and façade. 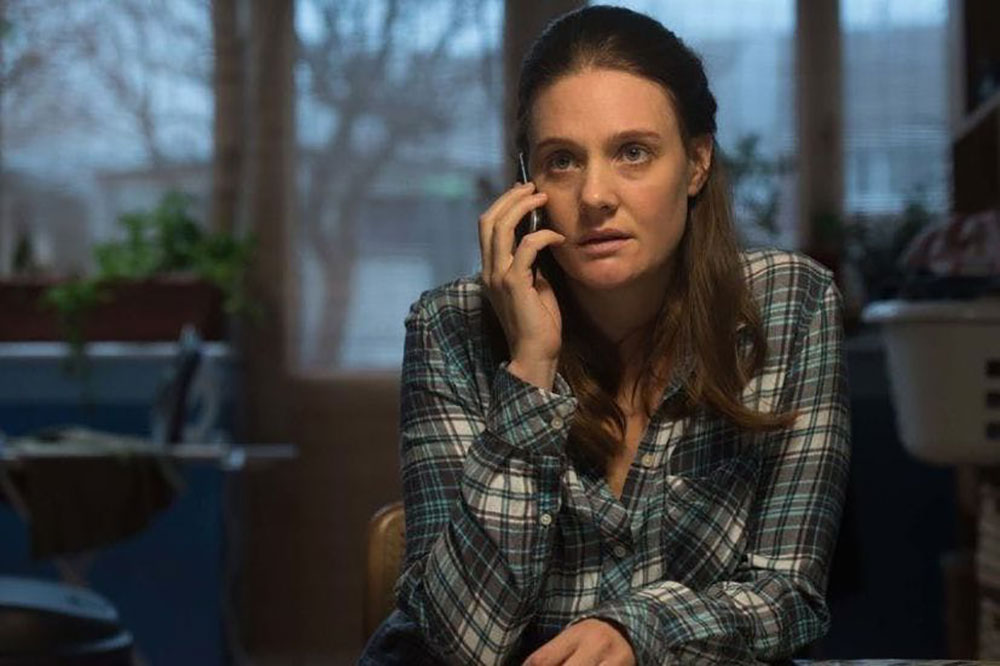 Nothing about Oscar or Chrissie stands out as something that would crumble the wall between not being a serial killer and becoming a serial killer, but both are able to touch on Sam’s humanity. Perhaps that exposure of his emotions in ways he hadn’t felt before are what furthers the cracks in his own psyche.

Jenny is too busy protecting Sam from their past to recognize what is happening with him. She is keeping some information about Sam’s father from him, and preparing to face a difficult hardship from her own past. In some ways, keeping secrets of from Sam, about his past, may contribute to Sam’s current actions. The story doesn’t definitively lay this out, but it’s an option viewers have to consider by the end of the series.

Born To Kill creators Tracey Malone and Kate Ashfield are able, over the four episodes, to give depth and layers to Sam and Jenny’s story. In this format, they can slowly peel back the layers of the whole story, past and present, giving viewers’ insight into what created such a monster in Sam. 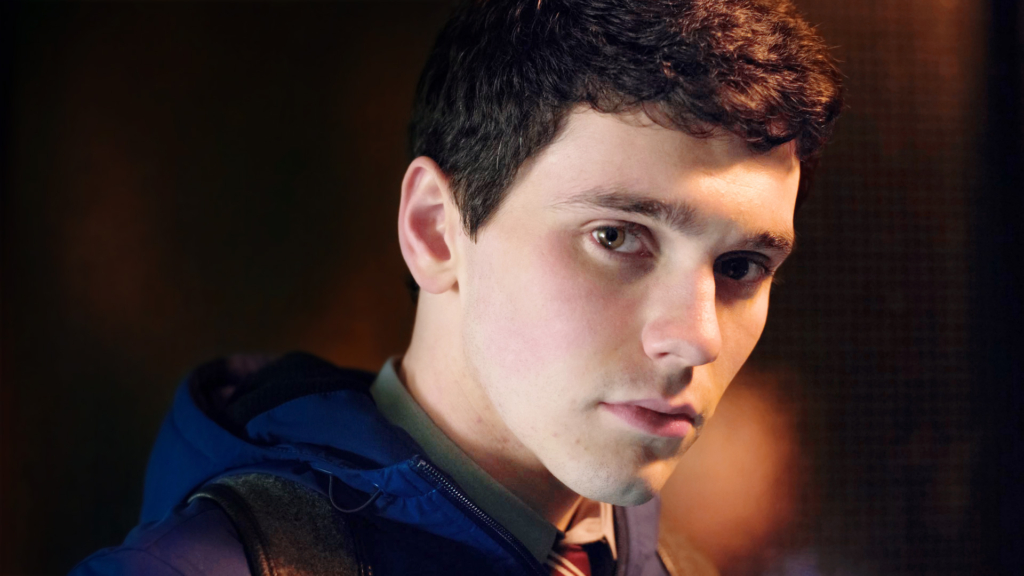 It would have been easy for Malone and Ashfield to miss the landing on the ending of the show, or provide an easy out for the characters and the viewers. Luckily for us, they do neither. The ending is a satisfying (if one calls the story of a serial killer satisfying) culmination of nearly four hours of storytelling.

Make no mistake, Born To Kill is not an easy watch. The show isn’t filled with likable characters to gravitate to. Each character has serious issues, and it’s not a show that I would readily revisit after a first watch. But I am a big fan of Born To Kill and look forward to another season, if that’s what is in Malone and Ashfield’s plans.