Whitney Causey Benson is a native of Lexington, VA, where her love for horror started at the ripe old age of 10. Her parents recognized her passion for the genre and knew that she would work in the industry in the years to come. Cut to 20 years later when Whitney started a production company with a friend, where horror was always the focus. In the beginning years of starting the company she spent time collaborating with other directors and producers on their projects. After a few years of helping others, she decided it was time for her company to attempt their 1st feature length horror movie. From there “Deadlines” was created, which is currently in post-production. As if making a feature length movie for the first time wasn’t enough, Whitney started modeling exclusively for horror/gore photoshoots which then led to all genres of modeling. 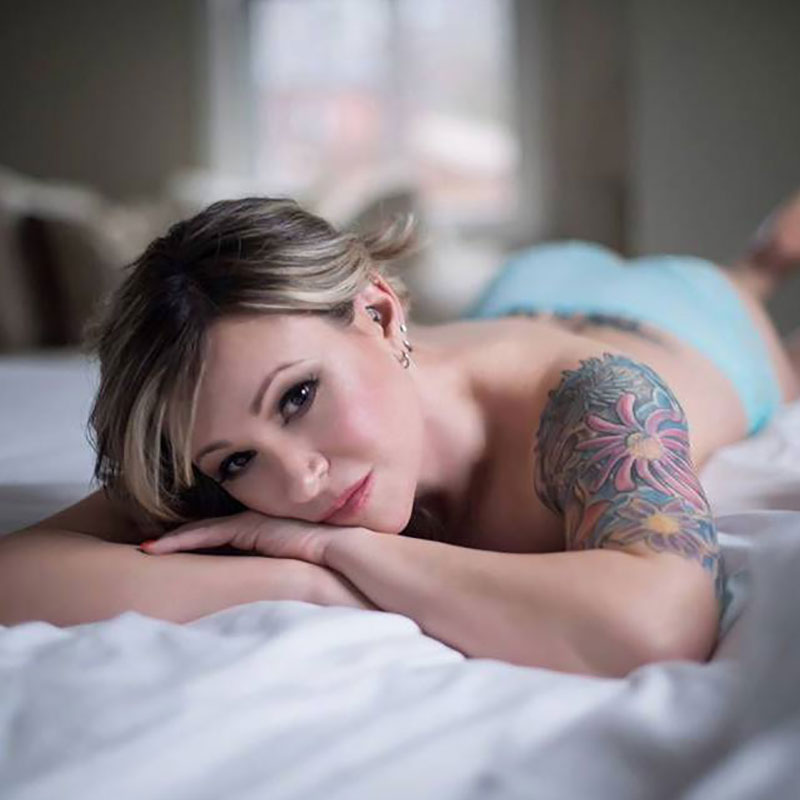 My love for horror started at 10 years old. I have several friends that are in the Indie horror scene & they encouraged me to pursue that passion. I began modeling exclusively for a group called GOREgeous. From that point I worked on various projects from acting to consulting with other filmmakers on their projects. 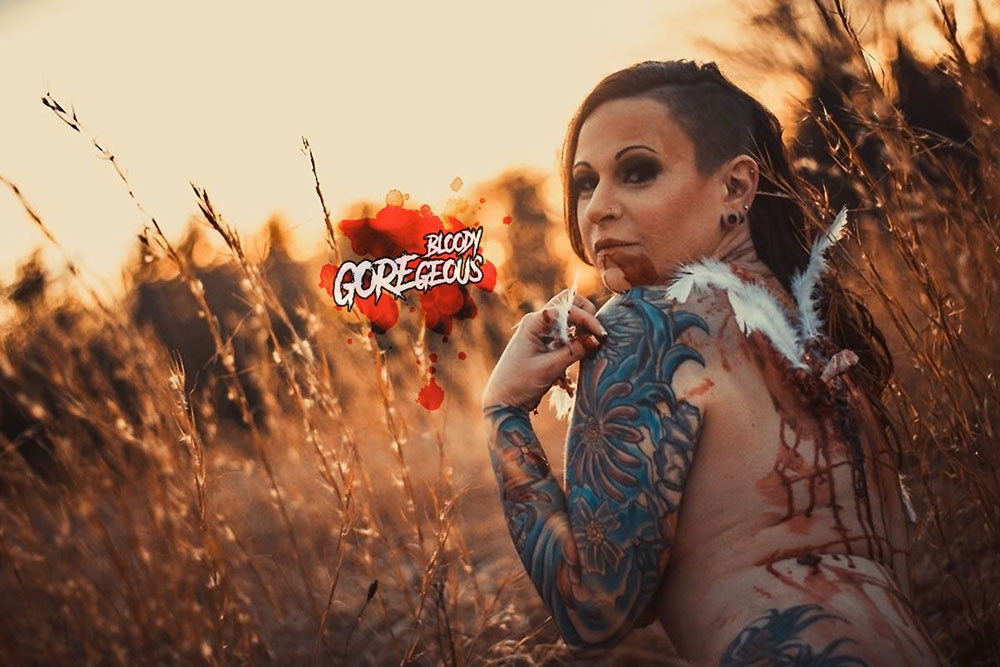 While I admire most scream queens, the woman who made a big impact in my life is Elvira. I would be glued to the T.V. when her Movie Macabre came on. My mom sewed so she made a black dress for me & I would wear it everywhere. I’ve had the pleasure of meeting her a few times & she is beautiful & genuinely cares about her fans. 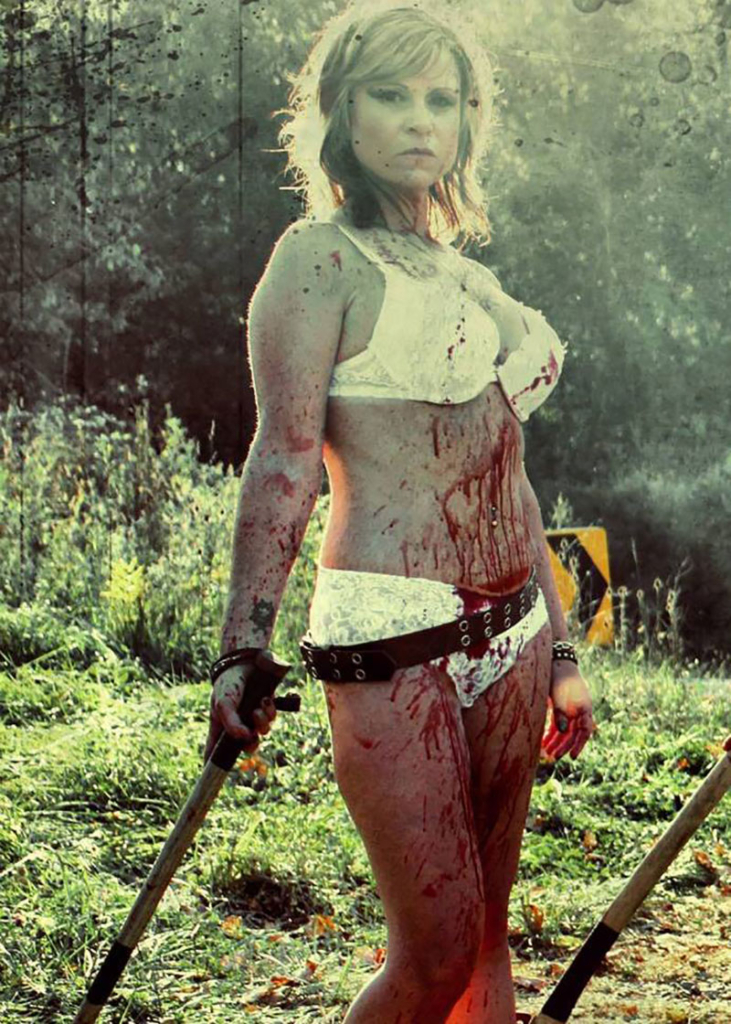 The first horror movie I ever watched was A Nightmare on Elm Street in 1984. I was instantly hooked. Any chance I had was spent watching horror movies. I would write scripts & create my own “movies’. My family along with my friends recognized my love for horror & ultimately encouraged me to work in the business. At the time most SPFX work was done in horror movies & I was amazed at how scenarios would be so realistic. You could let your imagination & thoughts go wild. 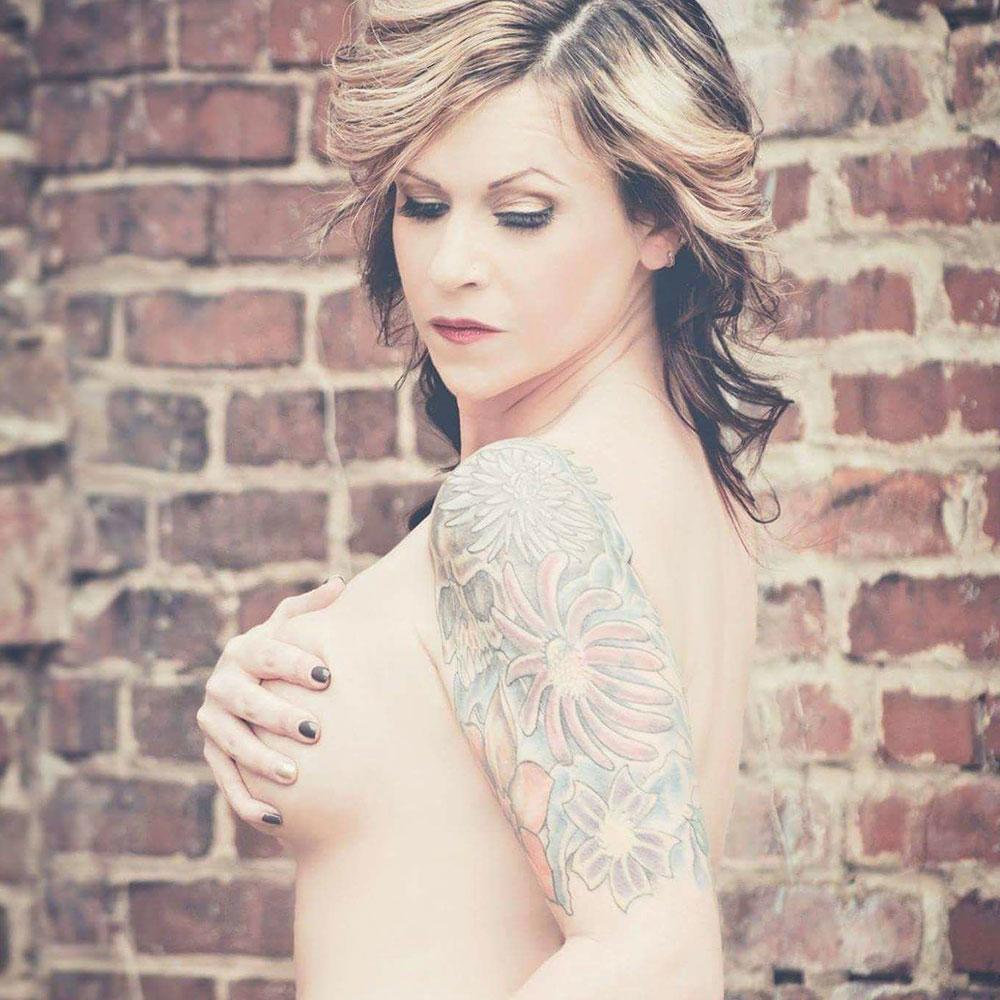 I’m drawn to projects that aren’t what I call “classic” horror films where it’s predictable on what happens. I’m always a fan of the underdog or an unlikely person being the hero. When I’m approached with a new script/concept I will isolate myself so I can give all of my attention to that project. I enjoy reading or listening to others ideas & to this day I’m amazed at the thoughts that other folks have. 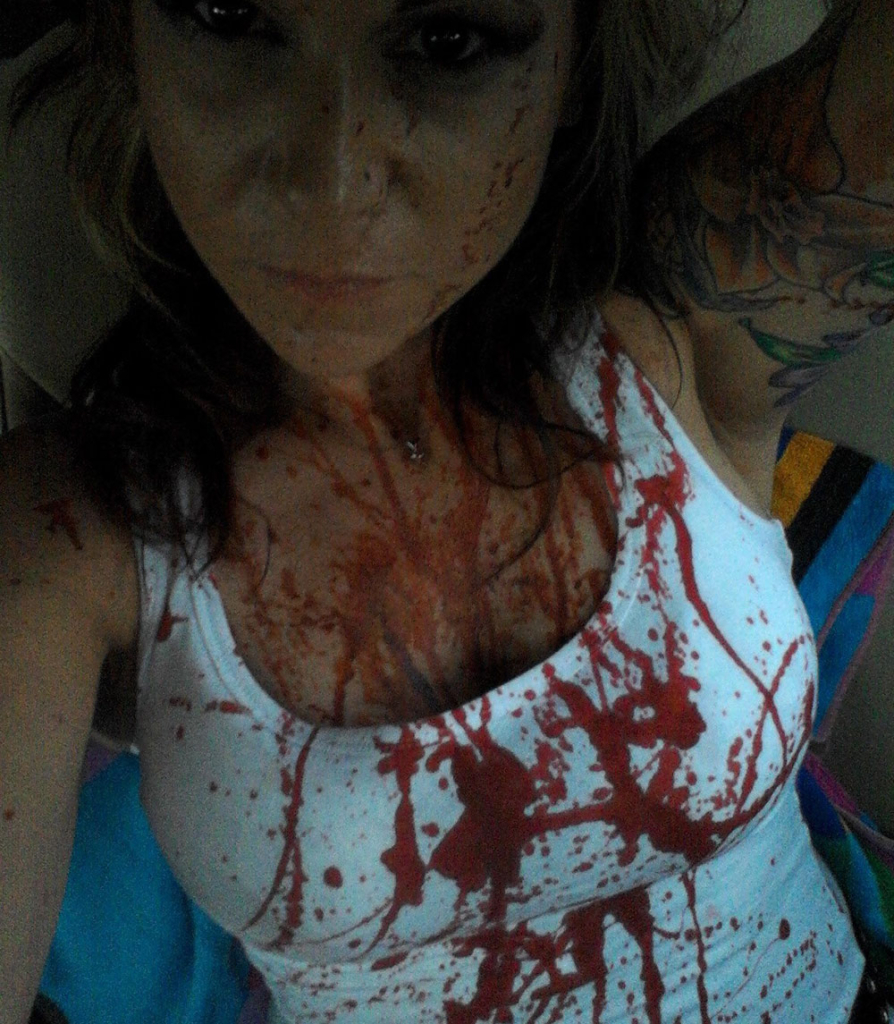 5. What are your thoughts on how things have changed in the genre and what are your hopes for the future evolution of Horror?

I think over the years the stereotype that men are the heroes has changed a lot. Scripts are being written with women coming out as the victor, and I think we will see that pattern continue for a while. 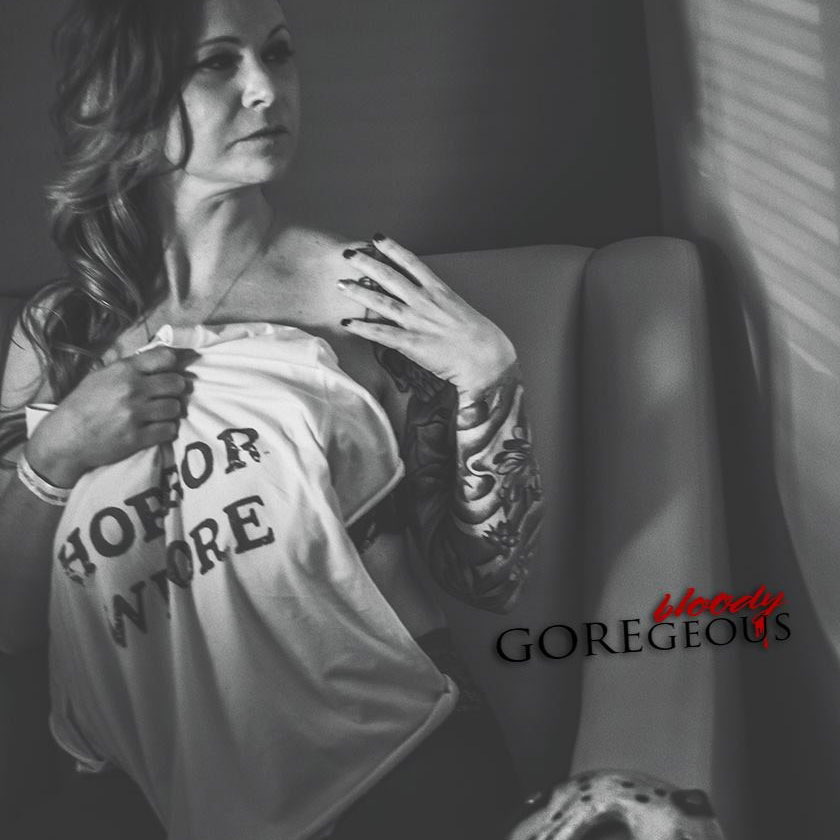 I’ve recently been cast in Flowers 2 which a movie by Phil Stevens, I’ve also been cast in a film by Brad Twigg called Shriekshow. There are other projects in the works but as soon as I have confirmation then official announcements will be made. I also currently co-host a weekly horror based podcast for Hollow9ine Network.