Who better to celebrate women in horror than women in horror? This is part 3 of our series of articles celebrating Women in Horror Month! (Read part one here and part two here.) We’re showcasing women in the genre and asking them what fellow women in horror inspire them? This article features Brooke Lewis, Emma Dark, and Felissa Rose. 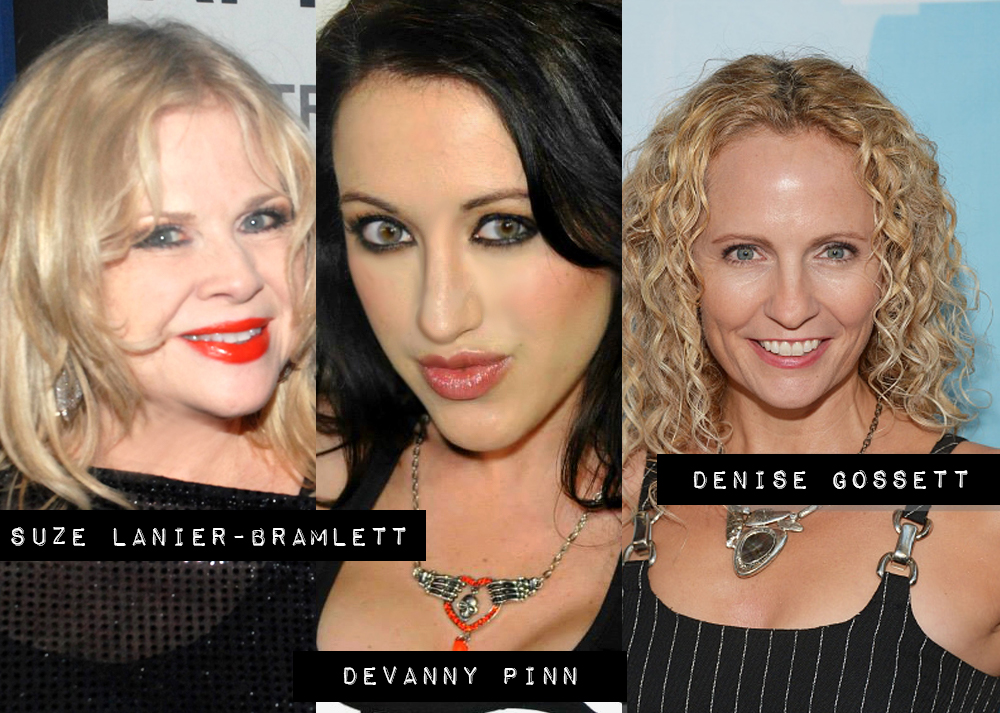 I feel so blessed to have had the title “Scream Queen” bestowed upon me in my career, as I am honored to follow in the footsteps of incredibly talented, beautiful and strong women. From the past, some of my inspirations include the veteran “Scream Queen” greats such as Jamie Lee Curtis, Danielle Harris, Adrienne Barbeau and my Soul Sister, Suze Lanier-Bramlett, who have proven that a great actress is a great actress, no matter what genre or medium! There are three “Scream Queens” who came before me, whom I have been fortunate to know and/or work with throughout my horror career and who continue to inspire me with their talent, beauty, hard work and consistency in the horror genre: Debbie Rochon, Felissa Rose and Tiffany Shepis. I also want to acknowledge two younger “Scream Queens” who continue to blow my mind, as they take on every aspect of film, from in front of the camera to behind it, Devanny Pinn and Jessica Cameron! Last, but not least, since we are discussing my horror genre “inspirations” and not just “Scream Queens”, I want to mention two of my besties who inspire me every day, both personally and professionally, writer and director, Staci Layne Wilson, whose many talents wrote and directed me in “Psycho Therapy” that the world will see in 2017 and Denise Gossett who is both a brilliant actress and badass director of the incredible genre film festival Shriekfest! I am truly honored to be amongst all these talented women! 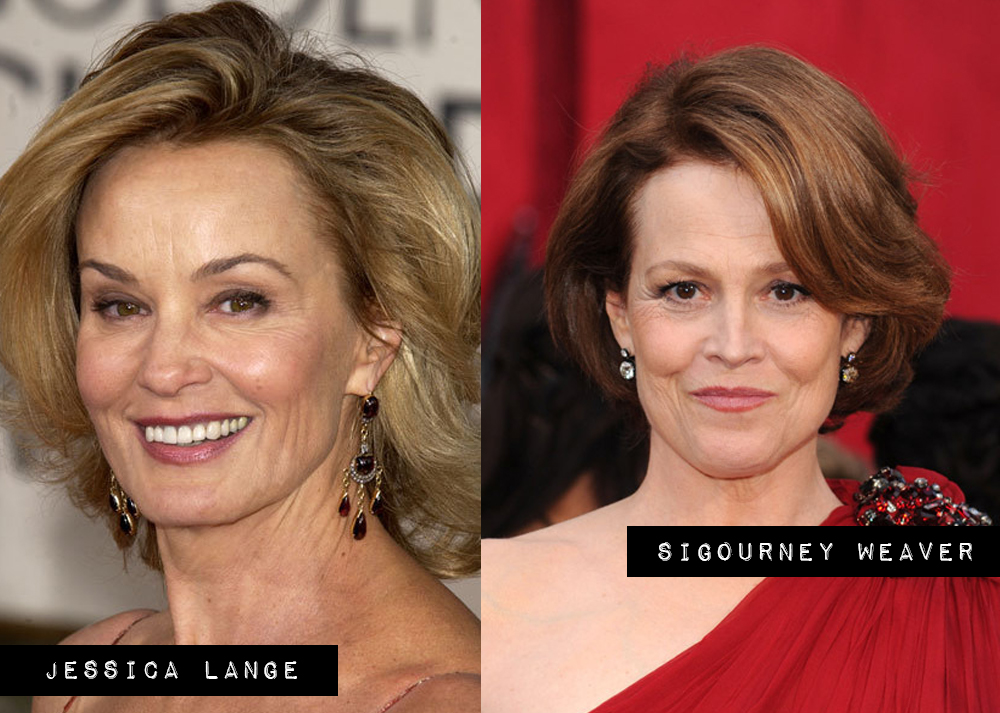 I don’t tend to draw inspiration from specific people as such, for me it’s more about the end result of a complete film or show, and ultimately that’s what helps set viewpoints for a wider audience, the film loving masses. Regarding women, I like to see women portrayed with strength on screen, whatever the gender of the director, writer or producer. For example Jessica Lange in the American Horror Story series. Albeit often slightly evil, we saw characters of strength. Similarly Sigourney Weaver‘s character of Ripley in the Alien films is a great example of female strength, with no over sexualisation.

Sadly, we still see over sexualisation of women on screen, often from male lead production teams granted, but not limited to them. Unfortunately the UK indie film scene still heavily plugs the ‘sex sells’ angle, presumably to ensure distribution (female boobs, bums and blood seems to be a winning formula). I’ve lost count of how many ‘strippers vs’ style films I’ve seen come out. For me this is where things need to change significantly. I’d hope that some of the more cerebral or less sexualised shorts and features I’ve seen from my peers, and indeed my own films, will help pave the way for sending a better message on gender and sexuality to film viewers, as ultimately that’s where we need to see significant change. 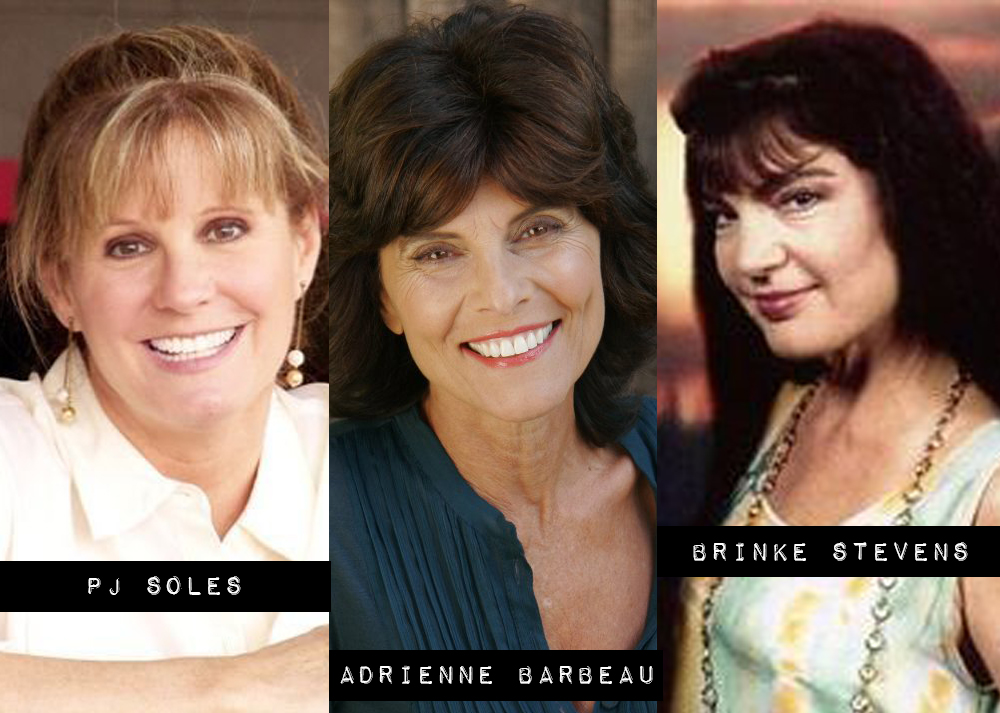 Horror is so special to me. I began my career in horror as a kid and I’m honored to still be a part of some amazing films today. I’m inspired by so many women in this beautiful genre. I’d have to say that PJ Soles, Adrienne Barbeau and Brinke Stevens are the three that really spark my excitement and have influenced some of my choices. They’ve helped shape where I wanted to go and helped me look at the heart of my characters. These women are my choices because of who they are as women personally aside from the amazing heights they’ve gone professionally. Each one is so kind and gentle. I’ve come to know them and they are incredibly beautiful in their soul. I believe that watching each one of their performances is touching because of how they carry themselves in life. I’m thrilled to have spent time with them and I look forward to watching more of their performances in the future. Happy Women In Horror Month!!

Our celebration of Women in Horror Month continues with part 4 of our series, coming soon!