Lynn Lowry, Destinie Orndoff, and Nicole Cinaglia Kick Off Our Month-Long Celebration of Women in Horror

More than any other genre in film, horror continuously provides women with dynamic and complex roles in which to showcase their talent. Whether it be iconic Final Girls like Jamie Lee Curtis or Heather Langenkamp, or unforgettable killers like Cecile De France from High Tension or Katherine Isabelle in American Mary, women have truly become the foundation of the horror genre.

So many successful careers have been built on strong performances from memorable characters over the decades that Women in Horror Month is a well deserved celebration. And who better to celebrate women in horror than women in horror? This is the first in a series of articles where we showcase women in horror and they discuss other women from the genre who inspire them. 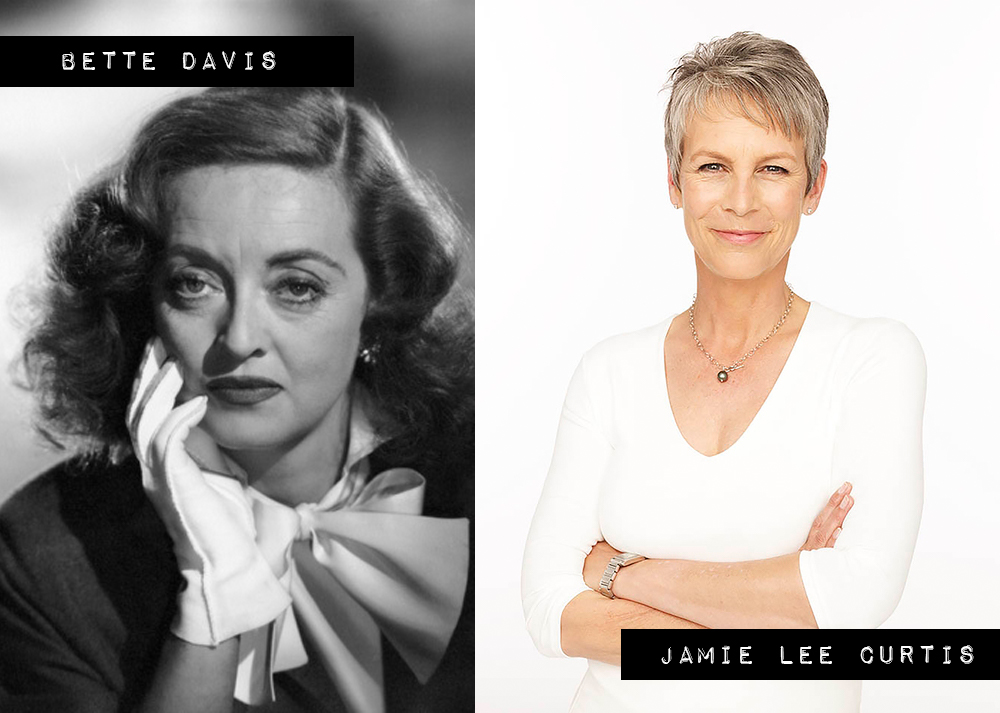 There’s a long passed Actress that I really admire: Bette Davis. Her work in WHATEVER HAPPENED TO BABY JANE is incredibly frightening and in HUSH HUSH SWEET CHARLOTTE, there’s such a sadness and vulnerability. You feel so sorry for her and feel in the end she had the right to kill Olivia, her sister. She was a brilliant actress and when I work, whether it’s the villain or the victim, I always bring a subtext filled with pain, fragility, anger, and fear. There are so many ladies that I have learned from. Jamie Lee Curtis is one of my favorites. I love her honesty and her in the moment believability. My goal as an actress is to evoke an emotion from the audience. I love it when I scare them, make them laugh or cry, or when they feel uncomfortable. Good Acting is a Gift. I’m so proud to be an ACTRESS. 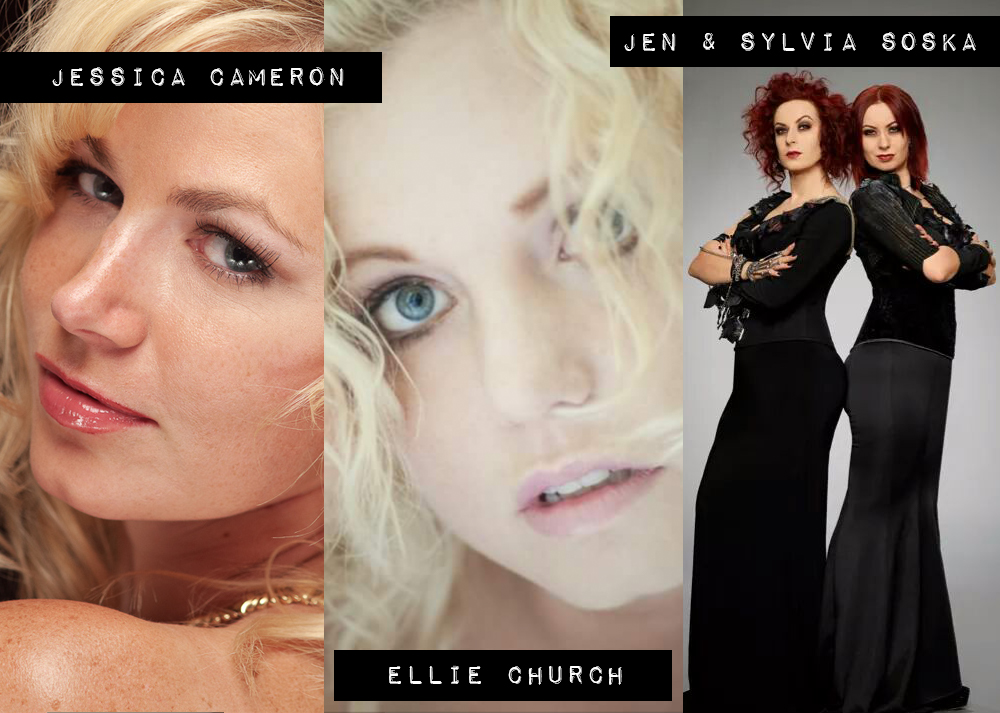 Some women that come to mind when I was asked who inspire me in the horror genre would be Jessica Cameron, Ellie Church and Jen and Sylvia Soska.

I worked with Jessica Cameron on my first film Red Eye, and let me tell you, she is one of the sweetest, most kind and generous people you could meet. It was our first feature (with Tristan Clay). Between the hour long phone calls, helping us when we ran into trouble, to constant advice of the “dos and donts” of filmmaking, her personality is utmost inspiring. Besides that, she’s one badass business lady and filmmaker herself. She doesn’t take anyone’s shit, and she kicks ass and takes names. You have to be that way in the industry for the most part. I look up to her for that.

I’ve loved Ellie Church since I first saw her in Headless forever ago. When I spoke to her ,she validated the fact that she’s had no previous acting training, same as myself. But fuck, it doesn’t show at ALL on her. This girl is amazing at what she does. She inspires me in the fact that she acts because she loves it just like me, and the fact that you can be a successful actress without going to classes for it.

The film that ultimately inspired us to make Red Eye happen was Dead Hooker in a Trunk. The way Jen and Sylvia Soska made their first feature and their constant ‘never give up, live your fucking dreams’ persona made them ultimately inspiring to me to make my biggest dream a reality: making and being in horror films. 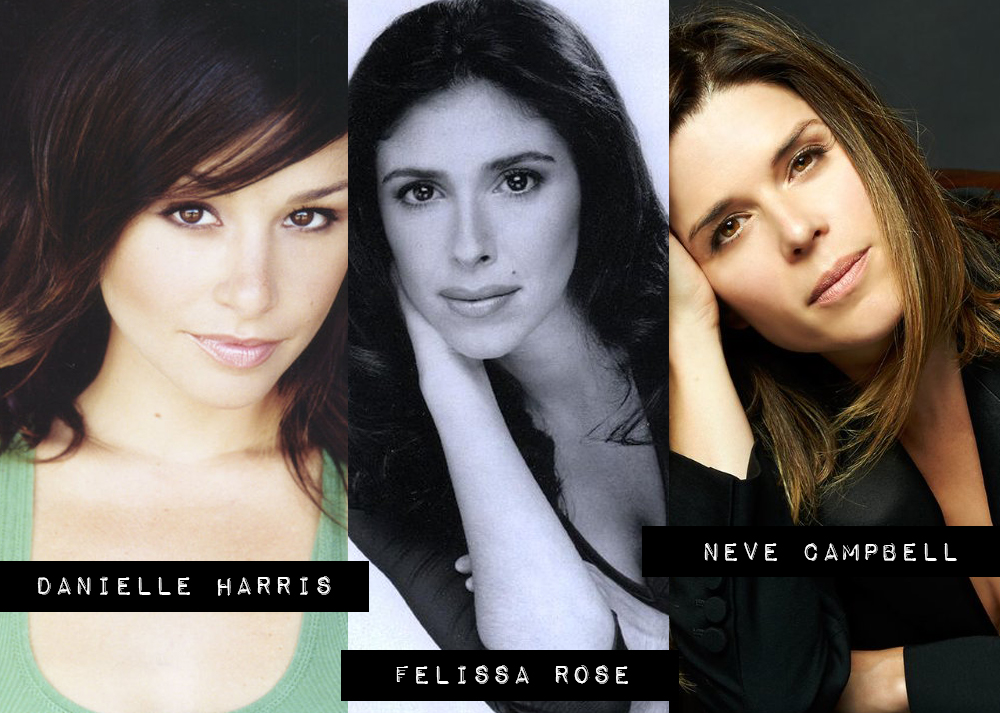 I feel like there isn’t a working actress in the business who hasn’t done a horror film. And I love to hear that! Horror is so fun and should be done! I love them all, the past the present, you name it. And the actresses? Jamie Lee Curtis is great! I’ve learned so much and am truly grateful to have worked with Danielle Harris and Felissa Rose. Neve Campbell killed it in the Scream Series. I could go on and on! I love Women in Horror Month! And I’m happy to be part of this wonderful genre and to be considered one heck of a scream queen 🙂

Keep an eye out for part 2 in our series as we celebrate Women in Horror Month all month long!