Interview with Caitlin Williams, the young talent about to make her screen debut opposite horror icon Bill Moseley in the highly anticipated Crepitus. 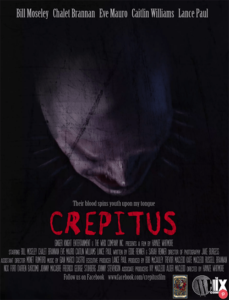 Crepitus is one of those creepy movies that horror fans have been hearing about for a while now and are passionately waiting to see. In this child eating clown story, starring horror icon Bill Moseley, we meet seventeen-year-old Elizabeth and her younger sister, Sam. The two are thrust into circumstances more terrifying than living with their abusive, alcoholic mother when they are forced to move into their deceased Grandfather’s house.

Frightened beyond belief, they begin to learn horrible things about their family history. Never mind the ghosts in the house, there is something far worse that takes an interest in the girls … a cannibalistic clown named Crepitus. Watch out Pennywise! 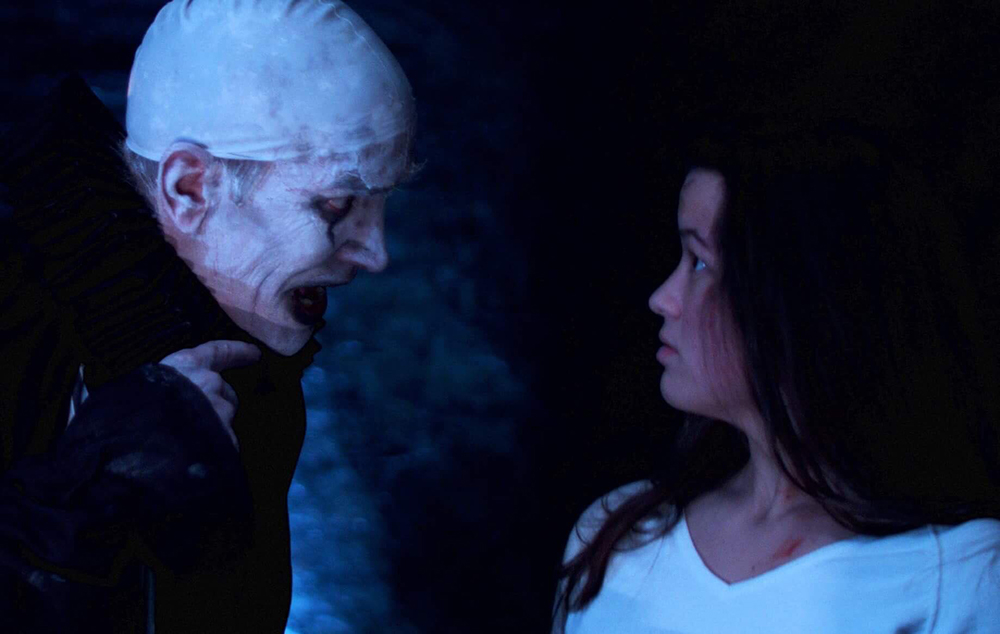 Since February is Women in Horror Month, I thought it would be cool to hear from one of the female stars of the upcoming film. Caitlin Williams plays Elizabeth, one of two sisters that the hungry and ancient clown Crepitus starts drooling over. But Crepitus may have met his match with these girls! No matter how hard he tries, they are not just destined to easily be one of his snacks.

INTERVIEW WITH CAITLIN WILLIAMS, STAR OF THE UPCOMING “CREPITUS”

Los Angeles Zombie Girl: Hi Caitlin, thanks for talking to me for Women in Horror Month here at Morbidly Beautiful!

Caitlin Williams: Hi Vicki! Thank you for having me! Super excited to be a part of this!

LAZG: Let’s start out with you. Tell me a little bit about Caitlin! How long have you been acting? 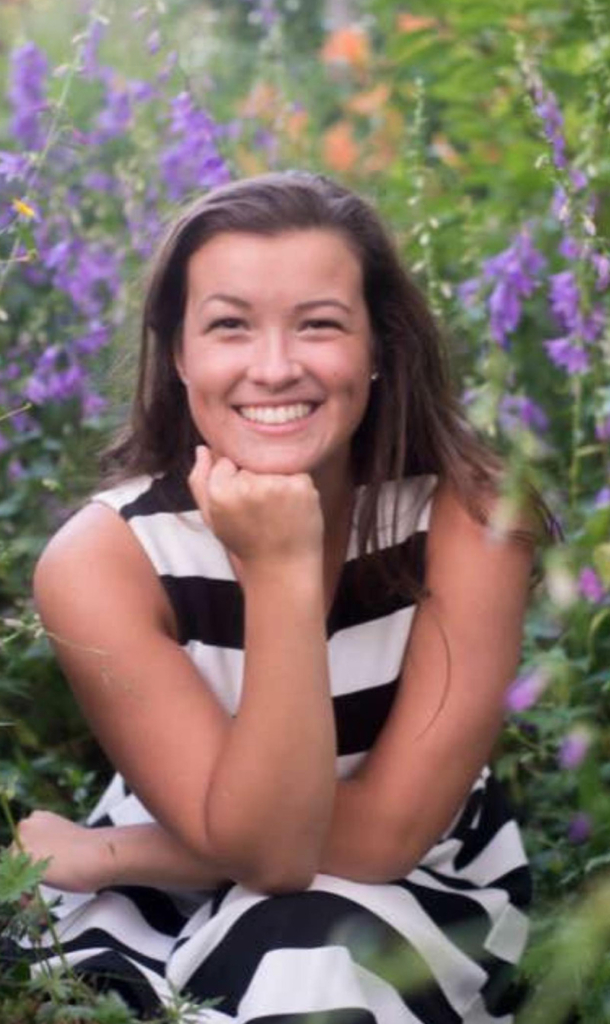 CW: Well, I am 19 years old. I have had the opportunity of growing up in a small town called Cheboygan located in northern Michigan, which was also where Crepitus was filmed. I have been acting for about fourteen years now, and I have always had a love for theatre. I have done a lot of stage productions. Living in a small town doesn’t offer much opportunity for on-screen acting, so when I found out about Crepitus I was ecstatic.

LAZG: How did you end up in a horror movie like Crepitus? Was this your first film?

CW: Yes, this is my first film. Like I said, not a lot of opportunities arise in my area for this type of job. So, I was more than eager to be a part of it. Plus Haynze (Haynze Whitmore, Director), Eddie (Eddie Renner, Writer), and Lance (Lance Paul, Executive Producer) are great to work with.

LAZG: Tell me about Crepitus. What is it about? 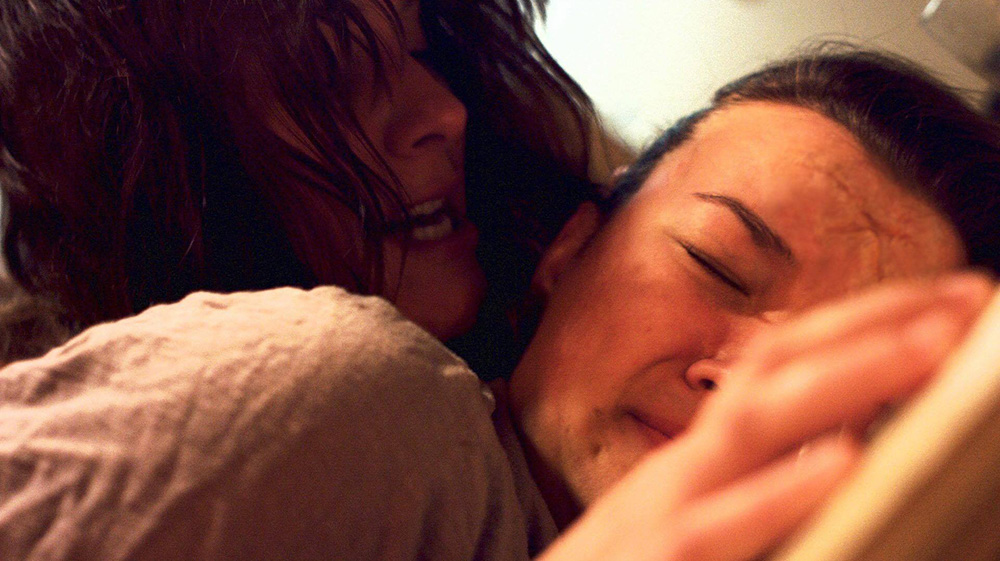 CW: Crepitus is a fresh new take on clowns, in the horror film industry. Sam and her older sister Eli live in a rural town with their alcoholic abusive mother. They began to hear and see strange things while staying in their deceased grandfathers home. Left to their own devices, they begin investigating and end up biting off a lot more then they can chew…

LAZG: More than they can chew… Ha Ha that’s punny!  I have to ask though, are you afraid of clowns? What are your feelings on them being so big in horror films?

CW: Yes, I’ve never cared for them very much. I think what creeps me out the most is how, behind the face paint and clown suit, you really don’t know who they are. I think that clowns are a great outlet for horror films, just because they are so mysterious. And let’s face it, the face paint is just creepy. Haha.

LAZG: Clowns have always given me the creeps too! When you first read the script, did you have any second thoughts? Cannibalism is a pretty gross subject! 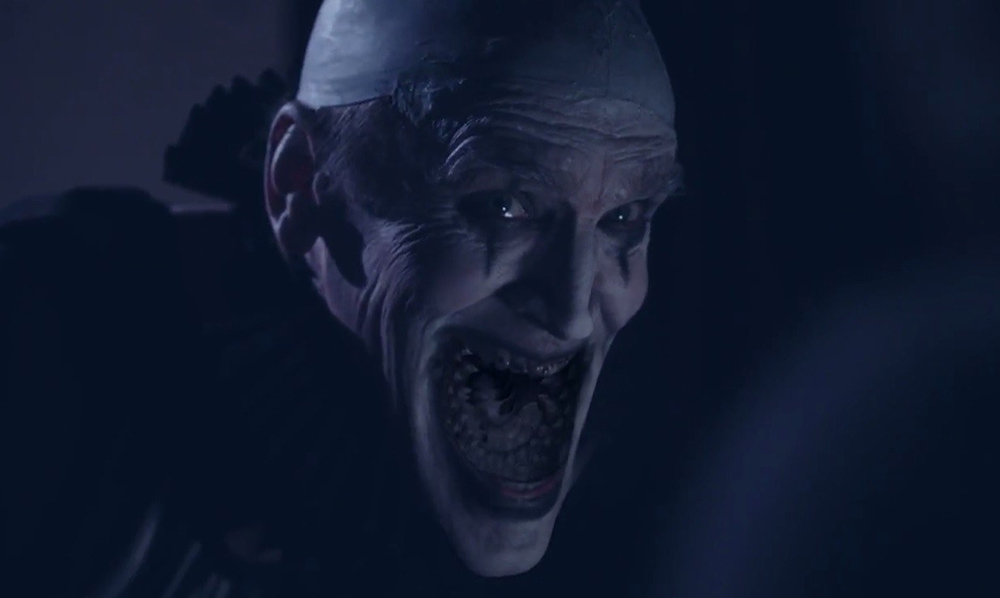 CW: You know, I have always told myself and my family that I knew my first movie would have to be a scary one. While reading through the script, I just got more and more excited, knowing that I could be a part of the production. So, no, no second thoughts.

LAZG: It was filmed in your home town. Was that cool or did it make it harder? Was it a big deal in town while it was shooting?

CW: Yes it was, right in Cheboygan. I really enjoyed having it so close to home, made it a lot easier to juggle school and my other job while shooting the movie. It was a huge deal! Like I said, not a lot happens in Cheboygan, so having a major motion picture being shot right down the street was very exciting!

LAZG: Tell me about the character you play, Eli. Was she similar to you, or was playing her a challenge? 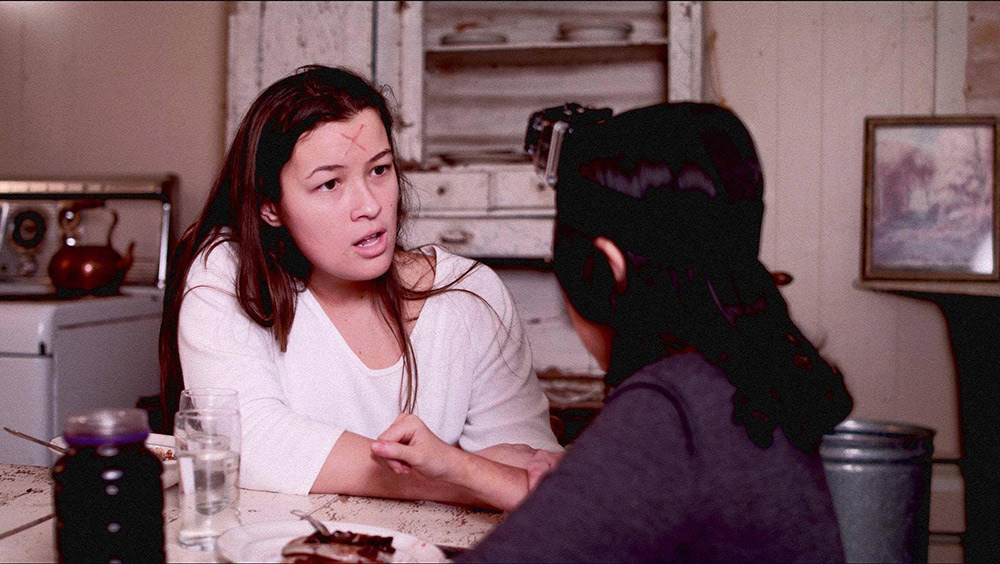 CW: Eli is very…different. She has her moments where she seems like any rebellious teenager, then you see glimpses of a darker side. Definitely adds a nice twist. I think I’m very different then Eli. The exact opposite honestly. Our family structures are both very different, so I’m sure that has a lot to do with it.

LAZG: What did you do to prepare to play her?

CW: Haynze gave me a few different characters to watch and study, just to try and get in the headspace of Eli. I also practiced a lot at home, sort of a method acting.

LAZG: What was it like working a horror icon like Bill Moseley. Were you nervous? I’ve met him, and know that he is a super cool guy!

CW: Bill was absolutely fantastic. Such a great guy! I was a bit nervous the first night of filming, but he made me feel really comfortable. And our interactions on camera felt very natural.

LAZG: Do you have a funny story or highlight you can share about the “making of” Crepitus?

CW: One of my highlights would be the action/fight scenes I got to film with Eve Mauro, who plays my mother (Brandy) in the movie. They were so much fun! Our chemistry off and on screen was great. I really enjoyed her, she’s just a total badass.

LAZG: Do you like horror movies? If so what is your favorite?

CW: I have never really been that big into horror films but, since I was in Crepitus, I have definitely watched a lot more horror. I would have to say at the moment, my favorite horror movie is Crepitus! Of course!

LAZG: Do you see yourself staying in the horror genre, or do you plan to look for other types of roles too?

CW: I would love to venture outside of horror and be in a variety of genres. I like to be as versatile as I can when it comes to acting. I am just excited overall for the journey I am on with my acting career.

Crepitus sounds like an epic horror film, and this journalist is hungry to se it! Ha ha. At this writing there is no release date, but I know it’s almost done being edited, so hopefully it will be out soon!

Check out the Crepitus Facebook page for all upcoming news!