Interview with Gracie Gillam from “Superhost”

To celebrate the upcoming Blu-ray release of “Superhost”, we interview star Gracie Gillam about her riveting role and her love of horror.

Superhost is a modern twist on the crazy hotel owner story. Gracie Gillam carries the movie as Rebecca, the titular character. As is often the case in these types of movies, there is more to her than there initially seems. Gracie spoke with Morbidly Beautiful about liars, psychopaths, and the internet.

Morbidly Beautiful: What drew you to Superhost?

Gracie Gillam: Definitely the script and definitely Brandon’s other two films. It’s just such a juicy character and the idea of having to live up to be one, this very monster, and a Brandon Christensen movie, was really flattering and appealing to me. Definitely fun.

Morbidly Beautiful: What was the inspiration behind Rebecca?

Gillam: I sort of read the script. I came up with what I thought was the backstory, probably is somebody who was pulled from school at an early-ish age for violence. And then was homeschooled, lived an isolated life with a sort of pushover father, probably eventually killed him, and has been on the road for about six months now.

And then I read interviews. I particularly try to find interviews with psychopaths who live perfectly regular lives, because that’s mostly been Rebecca’s experience. And I try to get inside of that headspace.

And then after that, I just sort of imagined that Rebecca’s idea of how people act comes from — like comes from the internet, from the watching people her age online. And then that became the sort of false social performance that she had adopted to adapt.

Morbidly Beautiful: A lot of preparation that went into the role. Even before things go off the rails, Rebecca has an edge to her. Why did you decide to play her like that?

Gillam: I just don’t think she’s like a super-competent liar. From the script and the interview, you can see where she messes up and she, mentioned some things too many times because that’s her truth. That’s her backstory. Some people with psychopathy invent wild lies. Lying is a pretty common symptom, but some people create elaborate lies.

Rebecca seems like somebody who isn’t super amazingly adapted to interacting with people. And so it just came from moments of genuine confusion where Rebecca doesn’t know people’s motivations and doesn’t know what they expect of her. So she doesn’t know how to act for a little bit. I was trying to make it subtle enough that just this person lives in the woods and they’re a little off. 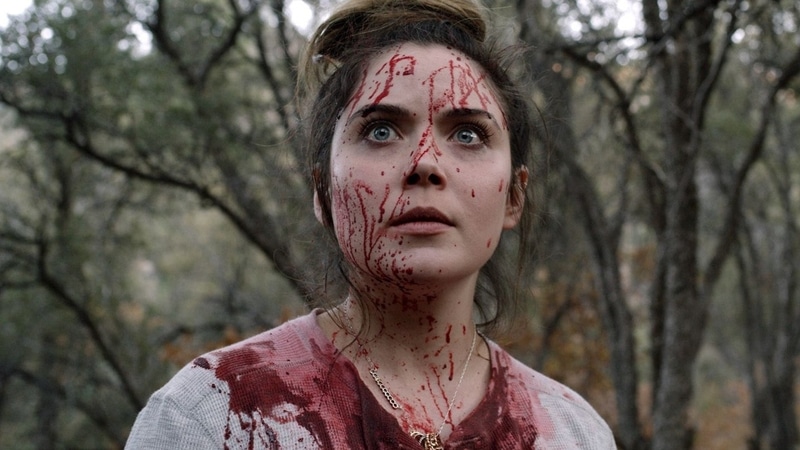 Morbidly Beautiful: This isn’t your first horror movie. Have you always been a fan of horror?

Gillam: Yes. From, sort of an inappropriately young age, I watched a lot of black and white horror growing up, like The Pit and the Pendulum and the original The Haunting. And yeah, I’ve always loved genre. And it’s just, I don’t know, to me, the sort of heightened and exaggerated stakes, is the most fun to play.

Morbidly Beautiful: Do you prefer playing the villain?

Gillam: Yeah. Comedic sidekick characters and villains are kind of my favorite.

Morbidly Beautiful: What would you like audiences to take out of Superhost?

Morbidly Beautiful: Will you ever stay at an Air BnB again?