A revealing chat with indie filmmaker James Bickert discussing his influences, women in horror, and what makes “Amazon Hot Box” so special. 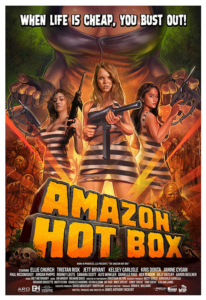 We recently brought you some breaking news about the surprise new film, AMAZON HOT BOX, from indie horror filmmakers James Bickert (FRANKENSTEIN CREATED BIKERS) and Brian K. Williams (SPACE BABES FROM OUTER SPACE). While most filmmakers tease genre fans for months, sometimes years, ahead of a film’s release, Bickert and Williams wanted to give fans instant gratification. Thus, immediately upon announcing AMAZON HOT BOX, the innovative duo made the film available for pre-order (which you can get here).

I caught up with the talented AMAZON HOT BOX writer, director and co-producer James Bickert to talk to him about his new film, which he describes as “a unique approach to the women in prison genre that combines action, dark comedy, 70s Italian horror and an array of strong female characters.” 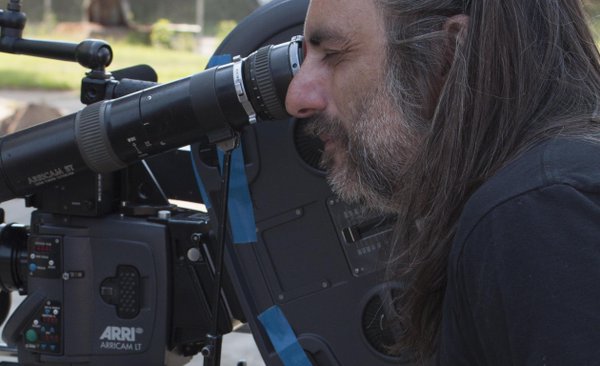 You decided to keep Amazon Hot Box a clandestine project until it was finished, which I love. How difficult was it for you to keep all this under wraps?

For me, It wasn’t difficult at all. Marketing quickly becomes a full-time job, so staying under the radar gave us time to concentrate on the film without distraction. It sped up the entire process. That wasn’t my initial intention, but it was a positive byproduct of the approach we took to get the film in the hands of the fans as quickly as possible.

In contrast, my last film FRANKENSTEIN CREATED BIKERS was crowdfunded from the start. Shooting on Super 35mm Film with the money we raised caused some issues, which made the film run over budget and over schedule. I had to regroup, get some loans, find film and keep rolling several months later. The entire process took almost 2 years before people had discs in their hands, and I’m surprised I pulled it off. 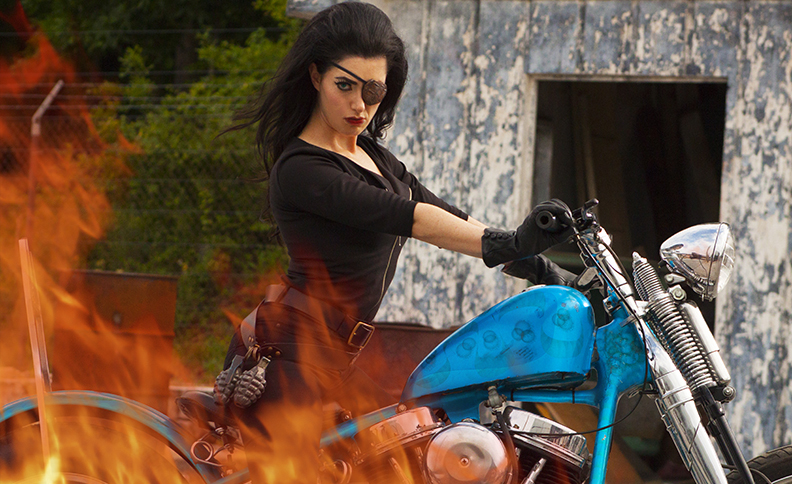 When you have 1200 people rightfully wanting to know where their stuff is, and you’re trying to assure them and apply for credit cards to get the film developed, it’s brutal. I went through that entire process alone. My 5 year old daughter and I stuffed and mailed every package. Lesson learned. So this time, I didn’t want our fans to wait longer than 3 months.

Along with “Amazon Hot Box” being recently announced, so was Work In Progress, LCC (WIP) the formidable alliance between yourself and Producer Brian K. Williams.  Was this in hopes to retain creative control and distribution rights to your films?  Also, how long was this considered between you two before officially combining forces?

After meeting on the festival circuit, we’ve been friends and supported each other for several  years. Brian has a similar organized, drama-free work ethic, and we’re not motivated by ego, fame or skirt chasing. It’s been film first, which has been great. And he’s always up for a beer followed by a discussion on Indonesian flying head movies. WIP came together last summer when he moved to Atlanta. Striking a deal with Generativity Productions, Concord Creative and Darkside Releasing had us on our way. 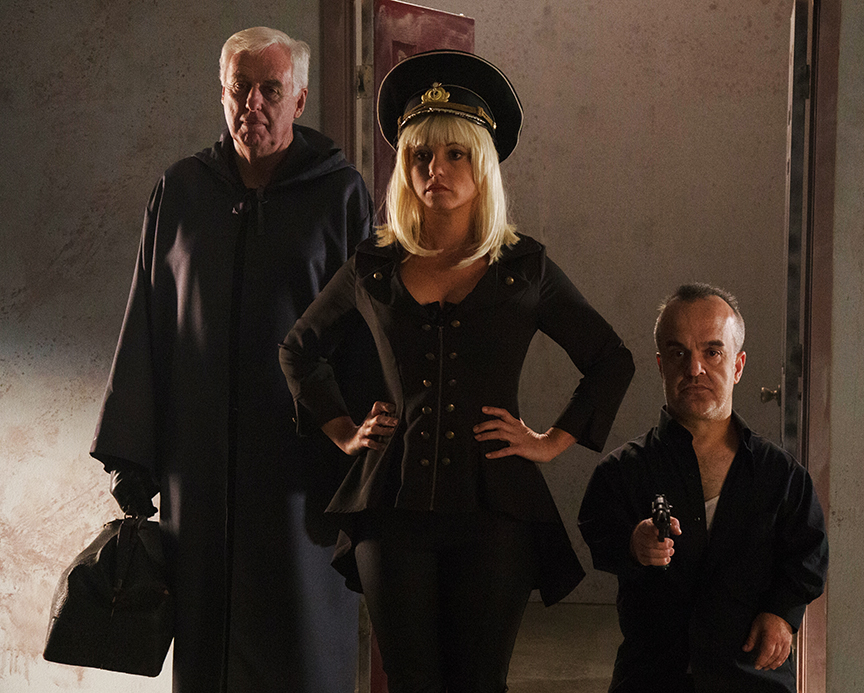 You have mentioned slight homages within “Amazon Hot Box”. Is it important for you to pay respects to certain talents in this way, after being a lifelong fan of these films?

I think it’s inevitable when you submerge yourself into a subgenre. When I’m aware of the history, I’m better at contributing a fresh and unique voice. You can’t help but bring in other influences too that might be outside the genre. My personal questions about our relationships and existence will always dominate the underlying themes, but don’t let that scare you. I’m not trying to change minds, just better understand myself. The ultimate goal is creating an entertaining experience for the audience. 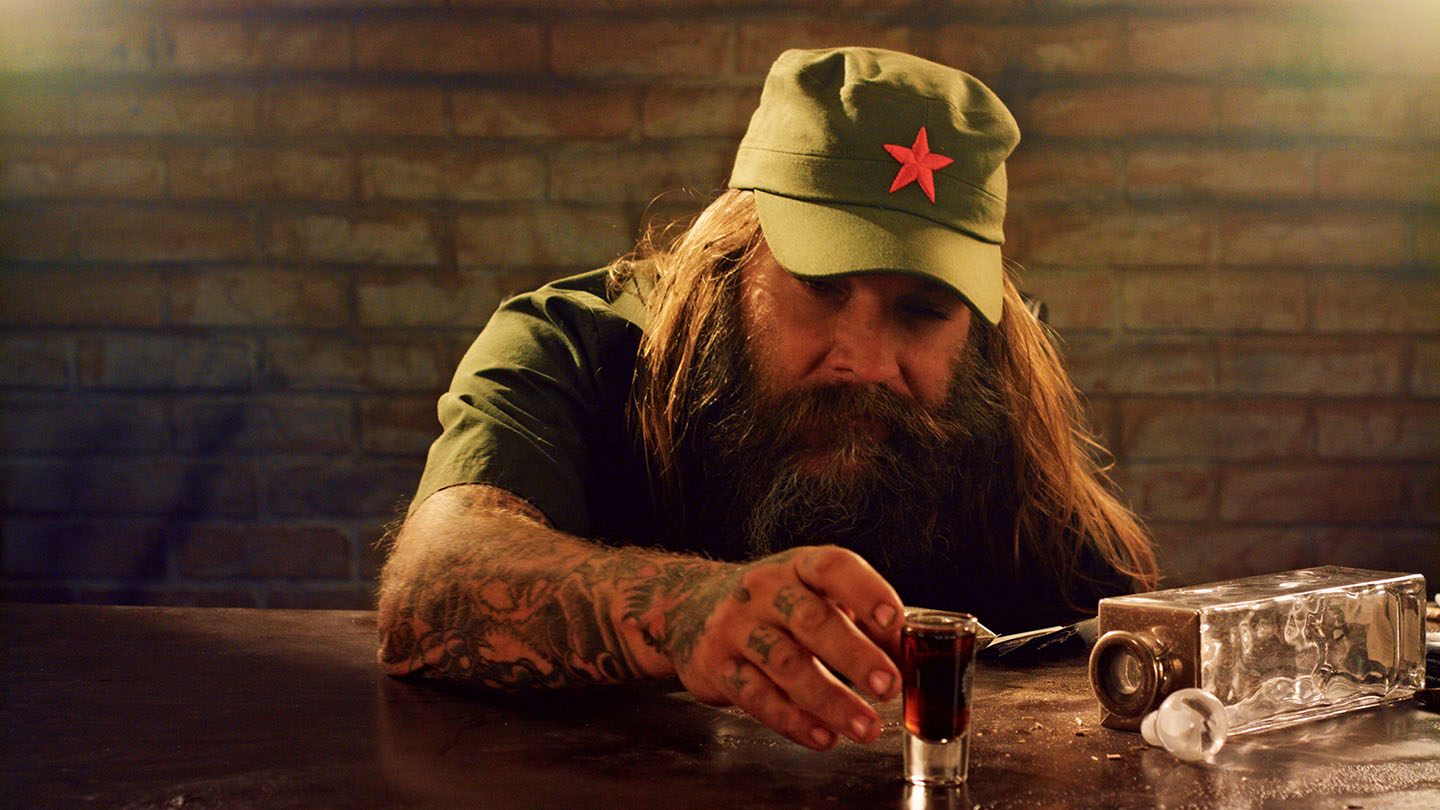 On your Facebook page, you wrote something I found so refreshing.  You stated, “I wrote  Amazon Hot Box before the #metoo movement but it was always my intention to tackle this genre without depicting any violence towards women being perpetuated by men.  I like strong and complex female characters inhabiting a world of clueless men. It was inspiring working with the brilliant and talented women