Exclusive interview with indie horror filmmaker James Klass, director of the 2017 films “The House on Elm Lake” and “Mother Krampus”

I was lucky enough to get some time to talk with talented filmmaker James Klass about his latest release, The House on Elm Lake, a dark and twisted supernatural horror, as well as his upcoming festive and gore-filled horror, 12 Deaths of Christmas (UK) / Mother Krampus (US). 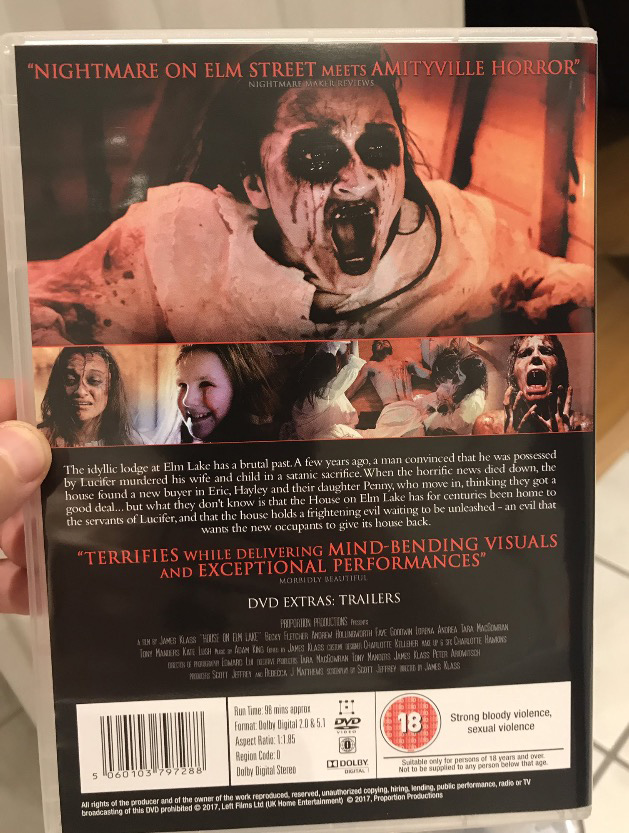 Thanks so much for chatting with me, James. Can you start by telling us how you got into making films?

I wanted to make horror films since I could walk. I watched A Nightmare on Elm Street (1984) when I was 7, as well as all the great 70s films. I like being scared. It’s just a buzz — the best drug. Some people hate it, but I love it. I’d call myself a movie adrenaline junkie.

I joined the army and traveled around the world. It was great during peace time. That was when digital photography came to the masses (around 1985). I left the army and went to University, and that’s where I started my filmmaker journey. I went to London as a runner/Second AD (Assistant Director), and I worked my way up through all the jobs until I felt ready to make my own film. 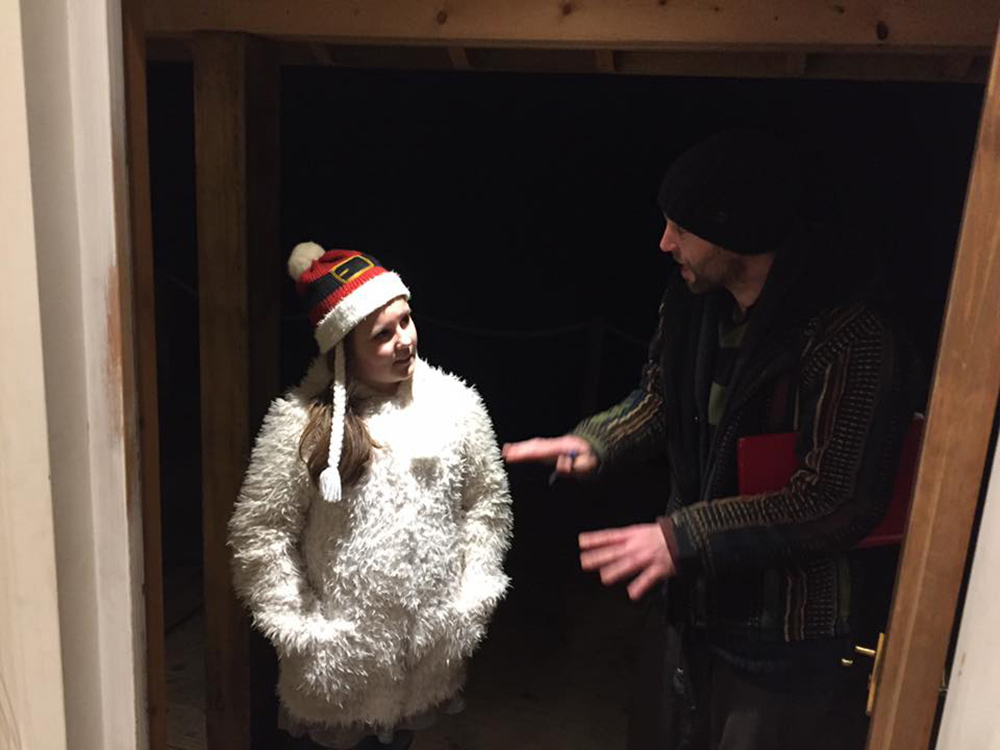 Your feature film directorial debut, The House on Elm Lake, just came out, and your second film Mother Krampus, will be releasing in November. Did you shoot these films back to back?

They were back to back. We had only a day’s rest in between. The crew had a day off so we could reconfigure the house. We had 13 days to shoot the witch film [Mother Krampus] and 8 and a half to shoot Elm Lake.

It’s amazing how well they both came out with such a very short turnaround!

Even I look back and think, “How the hell did I do that?” None of us met until the first day we went on set. All of our pre-production communications were through WhatsApp — with our special effects group, productions group, and directors group. It’s impressive we were able to pull it off. While far from ideal, it worked. We never had rehearsals and never read through the script because there wasn’t time. Everyone was shopping on Boxing Day for costumes, death costumes, and props. 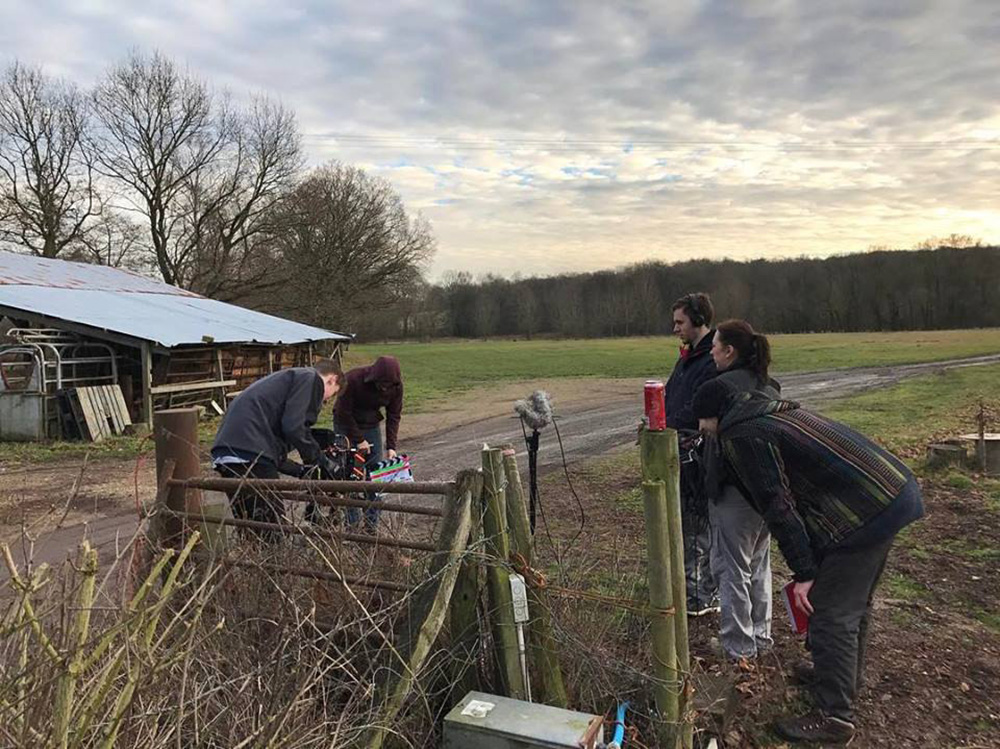 In Elm Lake, there is a scene with a girl covered in blood in the shower. Originally, that was meant to be a completely different scene with a different actress. One of our actors got hurt while filming, and we couldn’t shoot the scene the way we intended. We were six scenes down, so I asked the crew, “What are we going to do? Who wants to be in this scene?”

The girl you see in the shower scene is actually Charlotte, a special effects designer. She said, “Why don’t I get in the shower, cover myself in blood, scream and do my best Carrie (1976) impersonation?” I told her to go for it. She’s not an actress, so those scenes came out of nowhere. But the mistake made something better. That’s what happens when you’ve got a good crew. They are willing to stay up late and work those kinds of hours.

Besides the tight shooting schedule, what was one of your biggest challenges making 12 Deaths of Christmas?

It’s really hard editing something on your own, especially when you have directed it. You get so passionate about stuff, and you do need people on your back to say get rid of it, it doesn’t work. Sometimes you get a bit stubborn, but then you look back at it and know it was a good cut. They always say never edit what you direct, because you get too passionate. 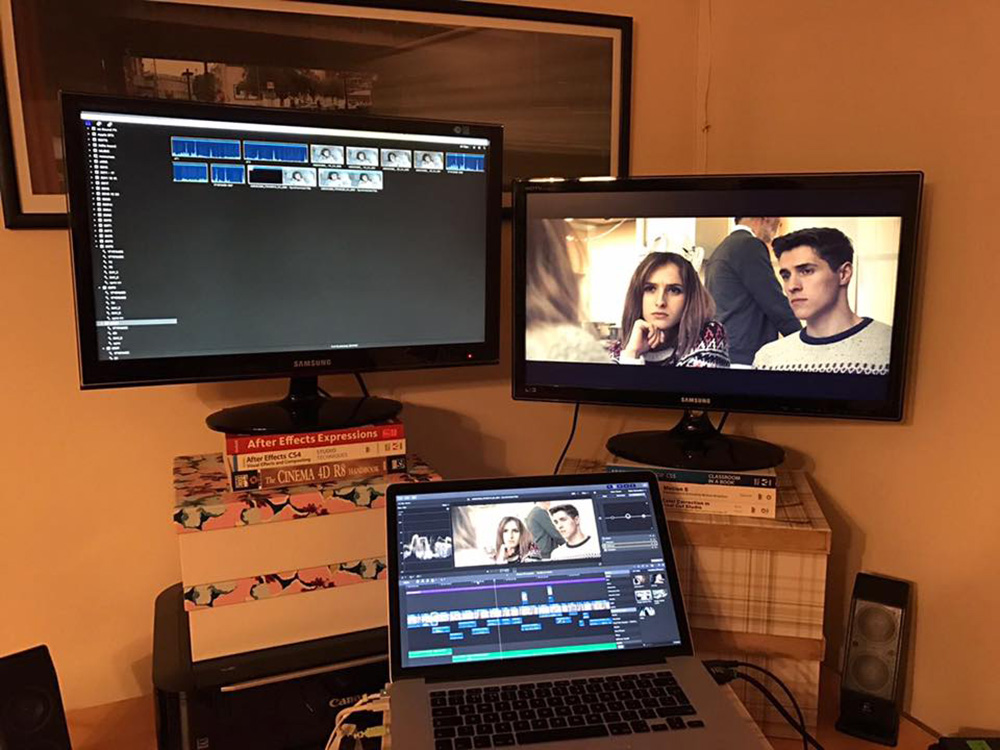 I really look forward to the feedback from those who watch the film. Is it scary? I have seen this more times than any film, even my favorite film, so I am desensitized by it. I hope it has the effect I want it to. Some people watch the trailer, and it’s interesting to see their reaction. I wanted to go further it some areas and make it more gory, but I decided to keep it more suggested rather than keep the camera focused on the gore.

I think what is scariest is what you don’t see. Films like The Conjuring Two (2016) do a great job with this — creating tension and fear out of the unseen. That’s a great one to watch with alone with the lights out. Paranormal Activity is another one I found interesting. You don’t really see anything, but it works so well. 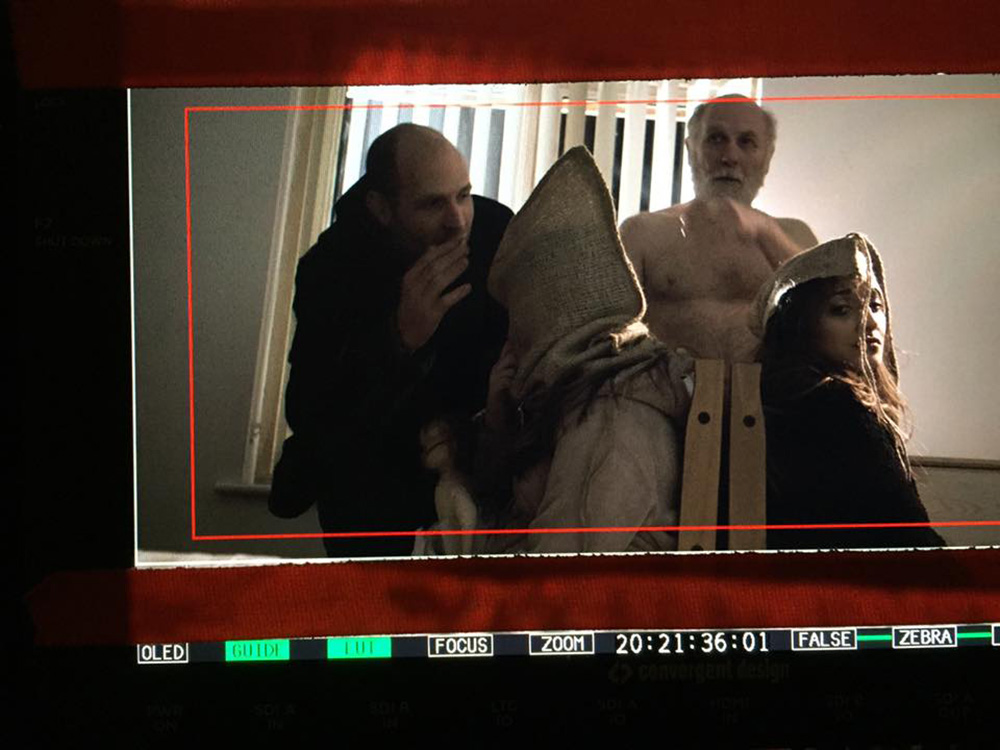 It’s definitely scary. Unlike a lot of Christmas horror films, 12 Deaths of Christmas is very dark and doesn’t incorporate humor at all.

I like to see it. I wanted to make stuff that would make people ask, “How did you do that?” There’s one scene with a bath full of water. But it wasn’t full of water — it’s just a tray on top of a bath with a plastic bag tied to the actor’s hand. Then you put a bit of dye in it and fill it up with water before it leaks. The actor is inside a bath made of plywood. Then it’s just color corrected to give it the look we wanted. There’s another scene with an arm orgy that was just a bit of wood with 4 people underneath, and their arms are coming through. We just dismantled the bed in the house and made it in the living room. It’s just the crew underneath with a roaming (camera) on a stick and lighting.