A deep dive into the brain of Emmy award winning VFX Supervisor, Jason Piccioni, a master at seamlessly marrying practical and digital effects. 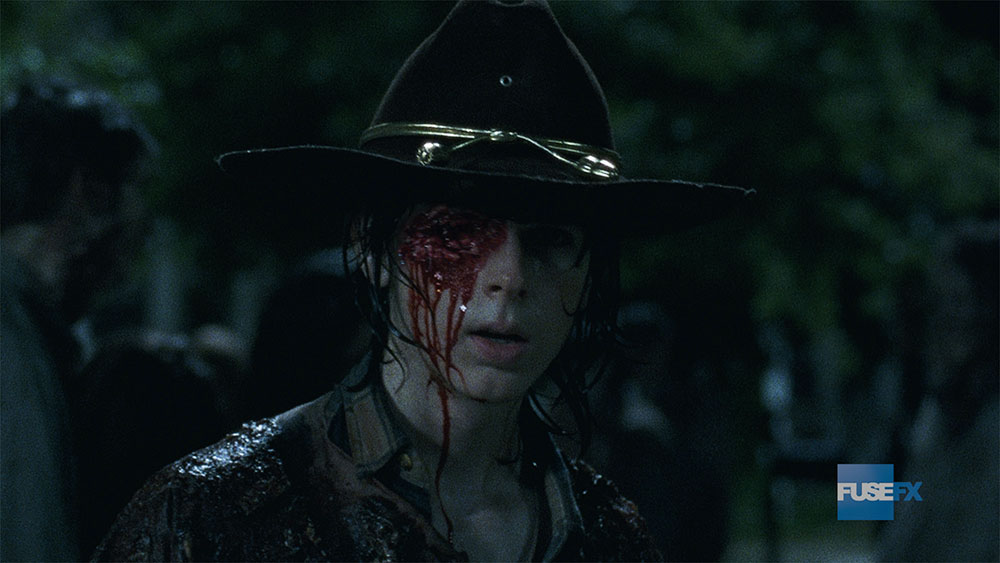 Horror fans everywhere rejoice at the sight of blood and gore in their favorite movies and shows. The 80s were exploding with some of the coolest and most impressive practical blood effects ever created. Movies like The Shining (1980), A Nightmare on Elm Street (1984), and Evil Dead 2 (1987) — just to name a few of my favorites — were landmark moments in filmmaking history.

Today, while the innovation continues, there is a much stronger push towards digital effects. While I love effects work that can be done completely in front of the camera, computer technology has revolutionized what can be accomplished — things that could never have been done in the past. There can now be even MORE BLOOD! 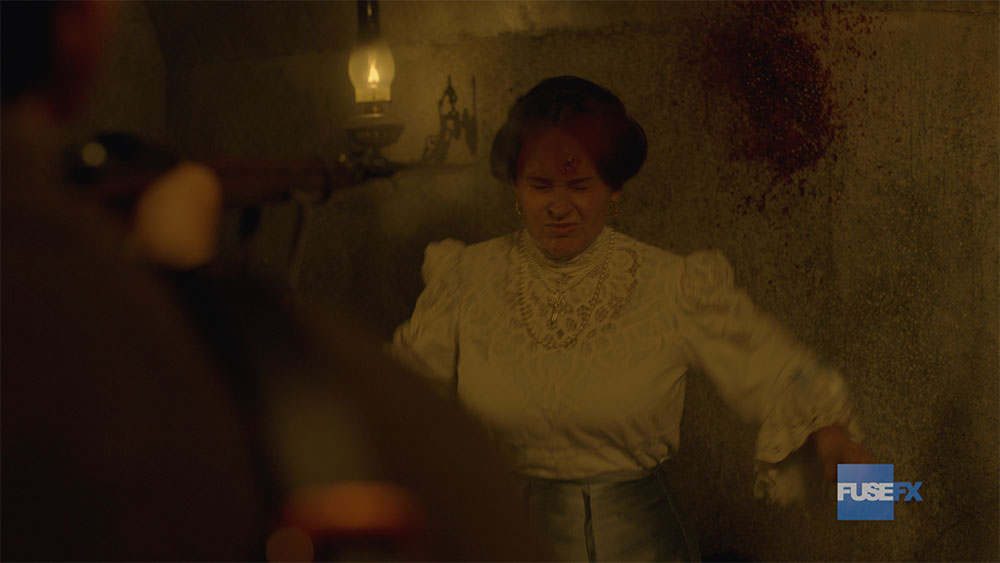 In this regard, I set out to find someone who specializes in digital blood and gore. I wanted answers to what makes it stand out and look awful. On the flipside, I wanted to know what makes it work so well that you don’t even realize it’s digital. It didn’t take long for me to stumble onto the most incredible thing you’ll see all day — the Holy Grail of blood and gore reels.

Behind much of this masterful work is Emmy award-winning VFX Supervisor, Jason Piccioni.

With hundreds of credits to his name, including shows like American Horror Story, Castle Rock, Barry, and films like The Crow (1994), Sinister (2012), and The Town that Dreaded Sundown (2014), Jason has a wealth of knowledge.

Let’s dive deep into his brain, and learn about blood and stuff!

1. First off, out of all the possible roles in this industry, what drew you to visual effects? 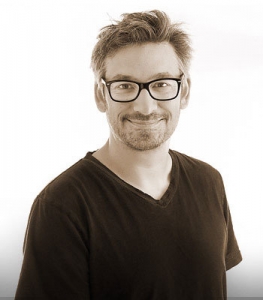 You know, growing up I really had no idea what VFX was.  I mean, I knew that certain things I was seeing weren’t real, but I didn’t put a lot of thought into it.  In college, I was involved in sports broadcasting, and I thought that’s where I was going to go.

I was looking for a day job and wandered across this odd-looking building out in Simi Valley where Dream Quest Images was at the time.  They had a miniature of the deep-sea diver from “The Abyss” in the lobby and some large scale matte paintings from “Total Recall,” which they had just done the year before.

I didn’t know what any of it was, but I thought it all looked so cool, so I ended up working there as a PA in their model shop and eventually moved over to their digital “department” (which was like three people), and that was the end of my sports broadcasting career.

2. I watched the blood and gore reel on the FuseFX website, and it’s incredible. The fact that your team has a reel devoted to blood and gore tells me that you put in a lot of attention to detail to make them great.

I get a lot of feedback about that reel!  Most people don’t watch all the way to the end. (laughs) 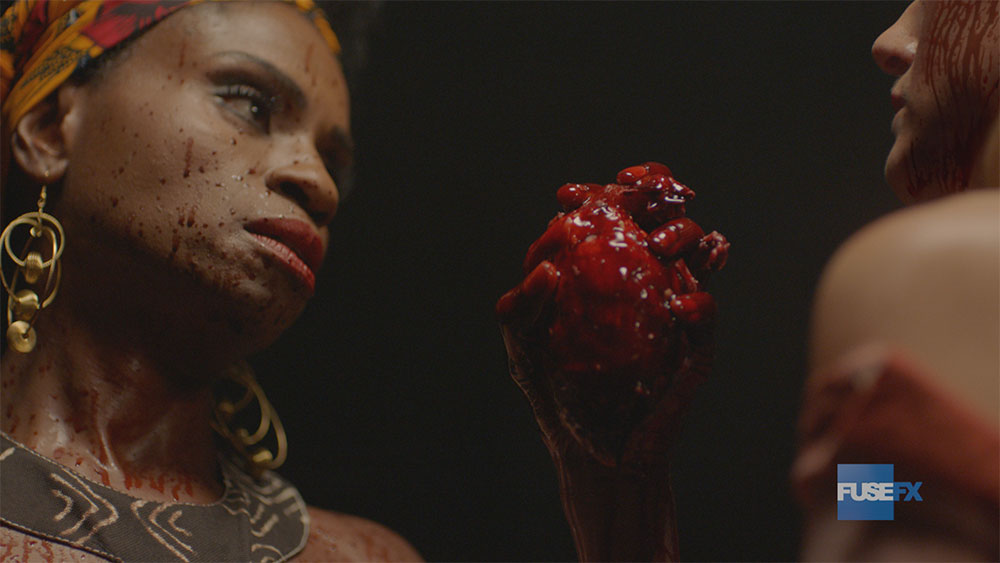 3. On the other hand, I’ve heard a number of people complain about awful CG blood. Even on expensive productions, that have incredible practical and digital effects, you’ll sometimes see the blood that was added in post that just isn’t as convincing. Why do you think this is?

There are good and bad CG effects, and there are good and bad practical effects (lighting, camera, wardrobe, hair, and makeup).  At the end of the day, we all face the same challenges – you do your best, and sometimes things don’t go the way you expect, and you have limited time to adjust.  On set, we’ll get one or two takes for a practical blood gag, and then we have to move on.  For VFX, we post an episode of American Horror Story in about six days.  And we’re an ambitious show.  So, you do your best.  And occasionally things make it through that you wish you had another pass on. But that’s just the nature of episodic television.

I will say, though, that the work on shows like American Horror Story and Versace has been so successful because there’s a lot of effort and attention put into it, both practically and digitally.  Often there’s a temptation to treat that work as an afterthought, which is why you may see some work out there that may look rushed.  The MUFX and VFX departments on all of Ryan Murphy’s shows have been working together since Nip/Tuck, and Ryan puts a lot of focus on it.

Everyone from the ADs and Line Producer through post-production people understand what it takes to get that stuff done to the level we all expect, so we can carve out enough time – even with the limited schedule – to focus on the details necessary to make that stuff believable. 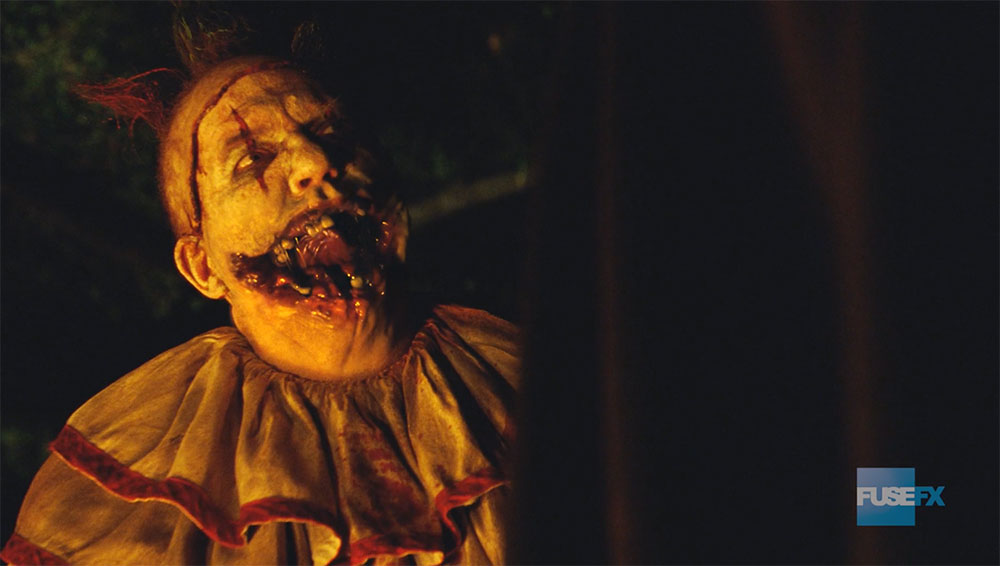 4. What are some tips and tricks to creating realistic fully computer-generated blood? (Feel free to get super nerdy here!)

Well, the big one is the lighting, right?  No matter if you’re doing a small blood squib or a T-Rex, it has to look like it was lit by what’s lighting the rest of the frame.  And on top of the common lighting challenges, blood is a liquid, and (usually) wet, so there are translucency and specularity to it, which can be challenging to get precisely right.  And then you get into the movement, which is driven by a dynamic fluid simulation.

So, then you have to decide how viscous it is?  How sticky is it?  If it’s running down skin or wardrobe, how much surface tension is there?  There are physics guidelines, but ultimately, most of that comes down to art direction.  Oh, and if it is attached to skin or wardrobe, that has to be modeled, so it tracks and moves that shape correctly.  And if it is wardrobe and the actor is moving, then you’ve got a cloth sim driving tracking underneath the fluid sim.

A cinematographer friend of mine likes to say the suspension of disbelief is held up by a thousand strings, which is such a good line.  And what it means is when something looks wrong, it’s usually not because you messed up one thing.  It’s because there are 4 or 5 or 6 things you did almost well enough.  And the sum of all those slight missteps adds up to something feeling off.  So, it really is all about the details. 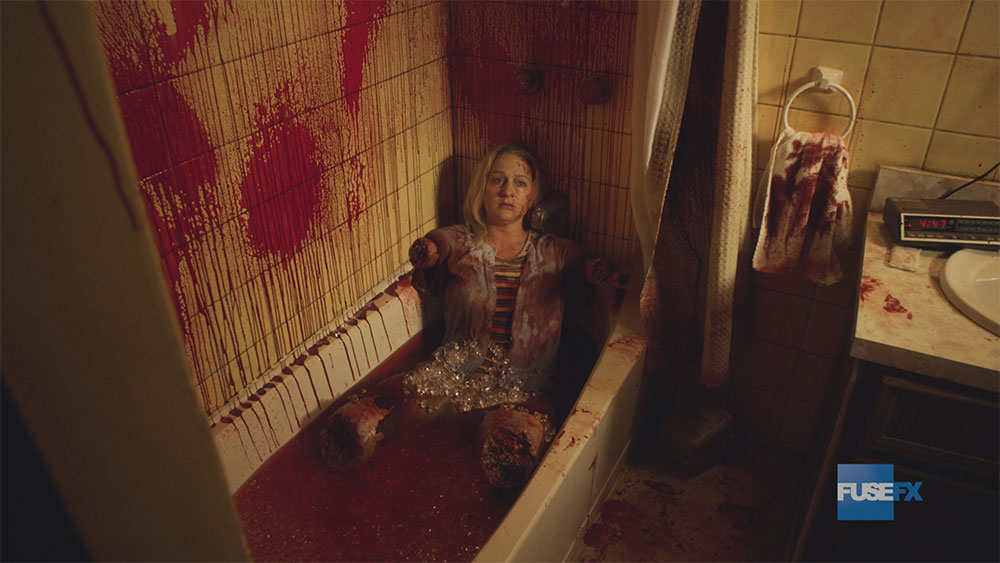 5. Okay, so let’s say you don’t go down the full CG blood route. How about instead, you shoot practical blood effects that you later plan to composite into your movie. What are some things to take into consideration when shooting your blood elements?

Do a lot of takes.  Experiment with lighting.  Be on a wide frame – I can’t tell you how many elements I’ve seen that are amazing but useless because the squirt was more significant than expected and the element brakes frame.

6. How often do stock blood effects, like the sizable collection on Action VFX, come in handy for the work you’re doing?

Probably at least 90% of the time there is some kind of stock element used somewhere.  Even if it is eventually replaced with a CG element, we’ll use stock to rough in timing and tone.  We use our own stock library, mostly made up of the elements we’ve shot ourselves over the last 15 years. 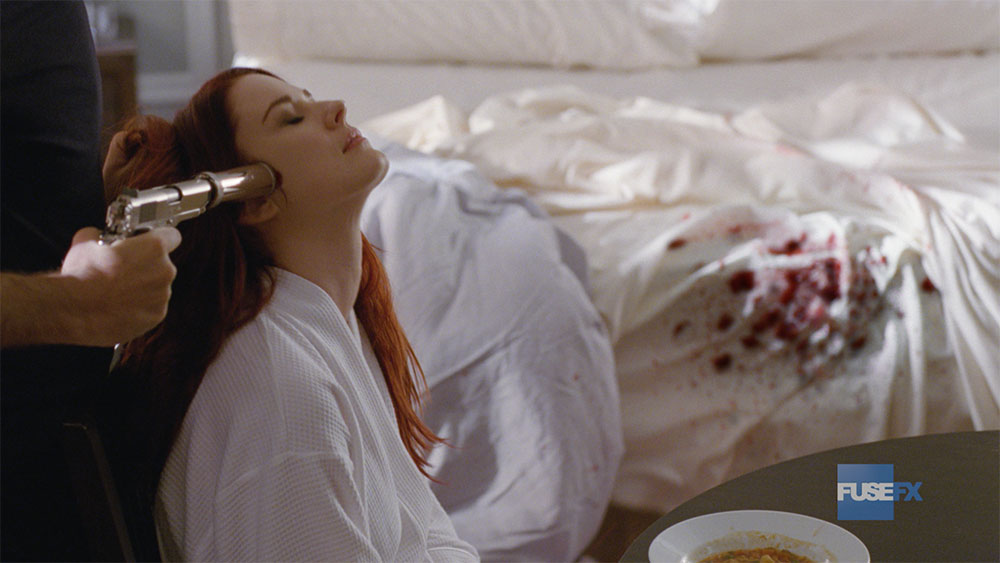 7. Are there any particular blood/gore effects on American Horror Story that stand out to you?

My favorite AHS blood gag was a shot of Dylan McDermot autopsying Jenna Dewan while she was still alive. Unfortunately, it ended up being a little too much for Ryan, and it didn’t make that show.  The Asylum season got pretty intense. The tone of Coven was much campier, and we had a lot of fun doing the blood and gore for that one.  My favorite