We talk with model, blogger and actress Lydia Hearst Hardwick about “The Haunting of Sharon Tate”, her career, and her love of horror. 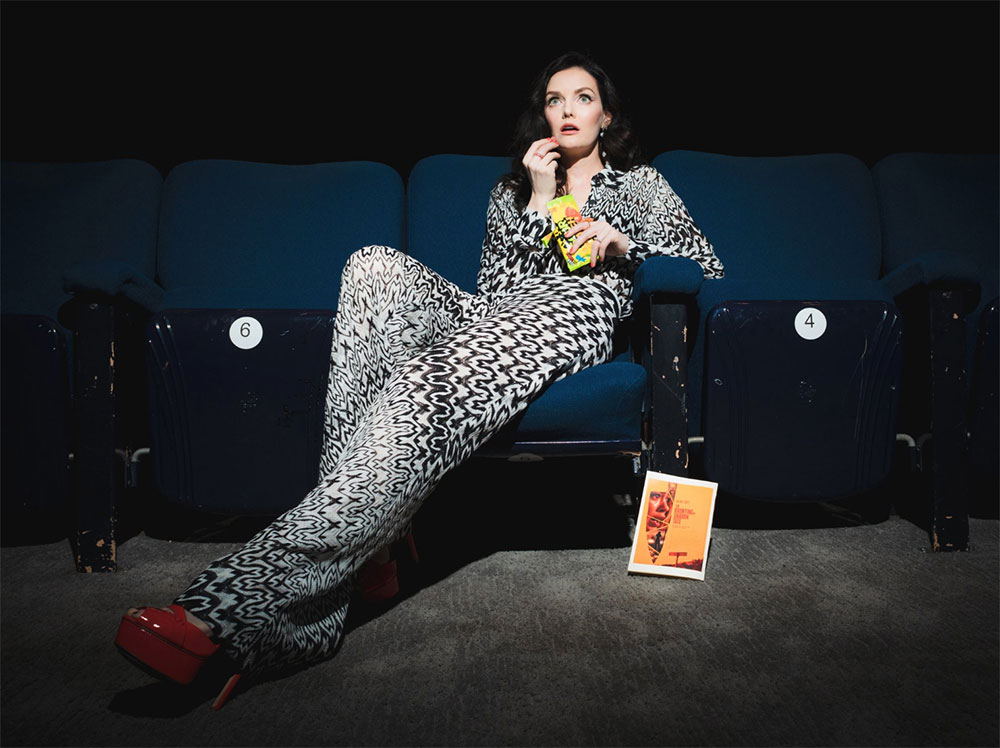 Based on one of Hollywood’s most frightening murder cases, The Haunting of Sharon Tate takes a different look at the horrific story. I had the chance to interview Lydia Hearst Hardwick, the talented actress who plays Abigail Folger in the film.

I recently screened and reviewed The Haunting of Sharon Tate and found it to be an imaginative version of the tragic real events (read my review here). With an artsy ‘60s aesthetic, the film feels true to the times and, according to director Daniel Farrands, was done with care to try to not be just another exploitative version of the brutal crime.

I got a chance to talk to Lydia Hearst who plays Abigail Folger in the film. We talk about her experience making the movie, working on the Syfy series Z Nation, loving horror and her upcoming projects. 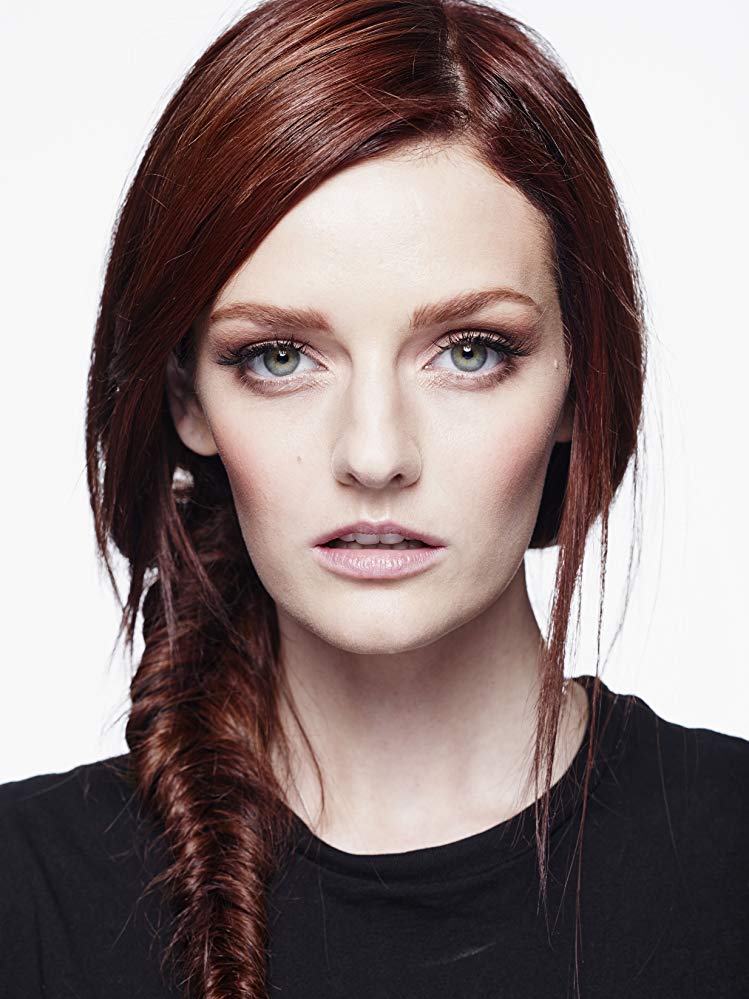 Los Angeles Zombie Girl: Hi Lydia, thanks so much for talking to me today!

LAZG: I’d like to start by talking to you about the film The Haunting of Sharon Tate. What can you tell me about your experience working on this film?

LH: This was an incredible film to be a part of. I think one of the most important things that potential viewers need to understand is that yes, it is a horror film, but only because the tragic events that occurred, are so horrifying. The film is much more psychological and spiritual. And for me, that’s why I wanted to be a part of this project. The plot itself is inspired by an actual quote that was given by Sharon Tate about a year prior to her death, that was published in Fate magazine. She revealed that she had these nightmares about ghosts haunting her in her home, where she foresaw her own death at the hands of a satanic cult. LAZG: How did you prepare for your role as Abigail Folger?

LH: When you’re playing a character based on someone who was real, I think that’s when your job as an actor becomes emotional. It’s important for any actor to put in the effort, in every way that they can, to learn about the person they’re playing and to do their due diligence to effectually play them. I am thankful for every acting opportunity and feel very fortunate in my career.

It’s interesting because with Abigail Folger there is not a lot of information that you can find out about her online. What I was able to find was that obviously she was friends with Sharon, her boyfriend at the time was Wojciech Frykowski who was best friends with Roman Polanski. They were asked to be in the home to house sit while Roman and Sharon were out of town and to stay with Sharon until she gave birth. Abigail was heir to the Folgers coffee dynasty; she was very well educated, a feminist and beginning a career in politics for civil rights. She was also giving lectures at various high schools and universities. For me it was really important that I was able to show her in the truest way that I could. 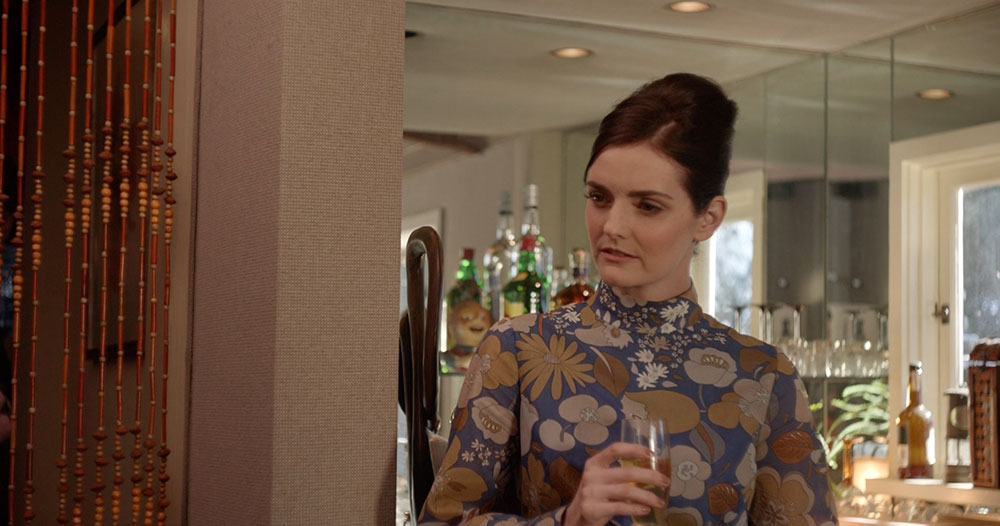 LAZG: I know there are other films coming out on this 50th anniversary of the crime, but what is different about The Haunting of Sharon Tate?

LH: The film is not autobiographical; it is much more asomatous. I think the difference between this film and the others, which I haven’t seen, but this one really focuses on the people; it’s much more a character driven film. I love how Daniel Farrands, the director, is able to explore these different narratives and the relationship between the people in the home. As I said earlier, the people whose lives we are portraying in this film, were done in a psychological and spiritual way. The film deals more with the question of fate, and whether or not we as individuals have the power to alter the course of our own destiny.

LAZG: Were you and the cast effected by the accusations by Sharon’s sister that Sharon never said any of the quotes about nightmares?

LH: Without a doubt I respect the family and whatever she wishes to say. But the reason I signed onto this film is that I happen to have every backlog of Fate magazine, and I own an original copy of the magazine in which she is on the cover and gave the interview. So, I happen to know hands down that the interview does exist.

Also, with my own personal background, I would never sign on to a film or a story that would trivialize anyone’s trauma, let alone sensationalize it. To me that was extremely important and something that I addressed with Daniel, the writer/director early on. I wanted to make sure that this film was respectful and true. All the actors on this project worked extremely hard and put a lot of love, effort and care into portraying the people and telling the story. LAZG: Thank you for sharing that, I can tell you really cared about the film and the victims of the crime.

LH: Yes! I cannot stress enough that this film is based on that interview and is idealistic in a sense, versus anything would sensationalize or mock the tragic events that occurred.

LAZG: Where did they film the exterior shots for The Haunting of Sharon Tate? I know the original house was torn down, but this one looked so similar.

LH: We actually filmed on location in Runyon Canyon. There’s a home that was built around the same time, by the same architect. It’s almost an identical house. 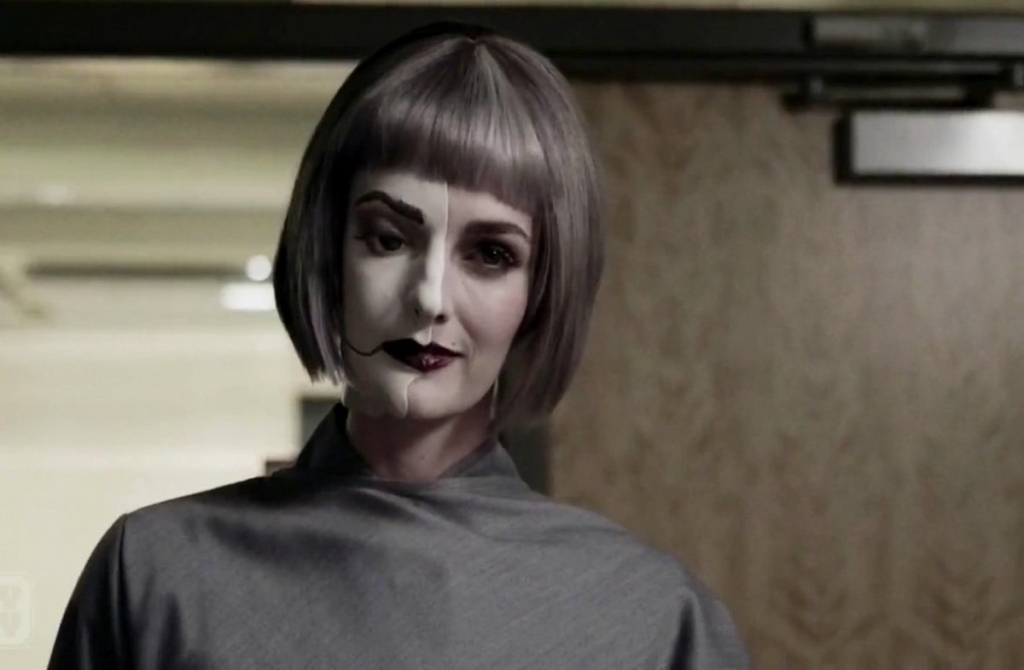 LAZG: So, in another horror world, I have to admit, I love Z Nation! What was it like working on that crazy show?

LH: Thank You! Z Nation was so much fun! That is such a completely different world! I really got to have fun and play with that. It was wonderful to be so evil and villainous with Pandora. I really pulled out all the stops with her. I do miss that show and I’m so sad for the other actors that it’s not coming back. But it was a lot of fun and I’m still extremely close with all the cast and crew.

LAZG: So, what are some projects that you have coming up next?

LH: I just wrapped a film called Grace and Grit and that’s also a true story, starring Mena Suvari and Stuart Townsend. It’s based on the best-selling novel of the same name. It’s a story about a woman who meets her soul mate; it’s about love, overcoming obstacles and unfortunately cancer.

Another film I am about to start is Blood Bound. It’s similar because it’s also about cancer, but more of a thriller in a sense. The story is about a young man whose world is turned upside down when his sister is diagnosed with terminal cancer. He gets some blood work done for a transfusion and ends up having to go up against big pharmaceutical companies when it’s discovered that his blood may be able to cure certain types of cancer.