“Pumpkins” has enough classic slasher-style moments to even out script problems — introducing an intriguing killer with a fun and festive origin. 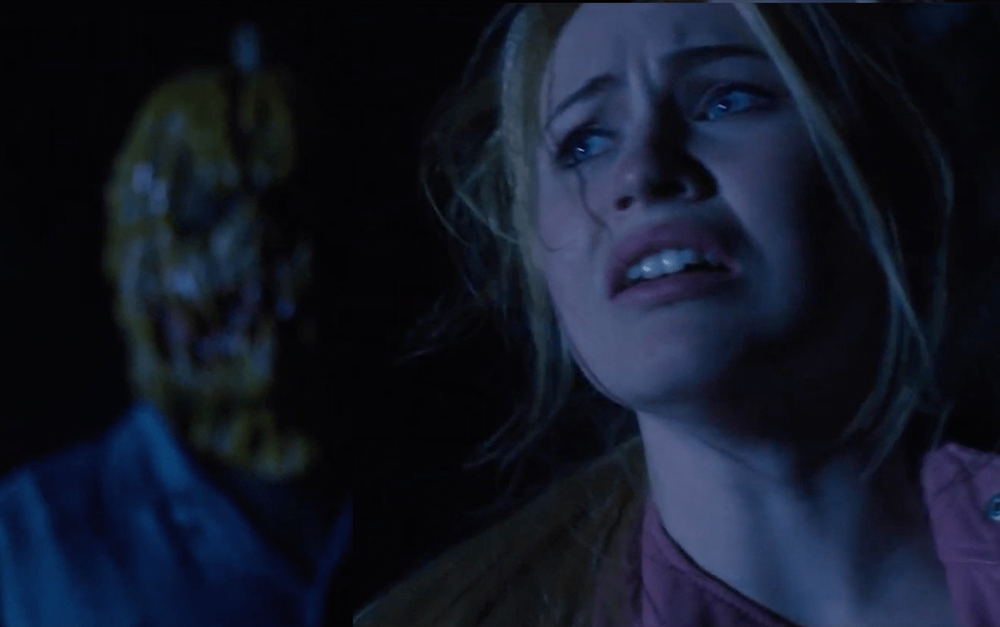 Get off my lawn! Or rather, leave my pumpkins alone!

It’s not just a couple of random asshole punks that trespass on the old man’s land for no reason. It’s a couple of asshole punks who trespass because they “hate people like that, land owners.” So there’s a subtle message about class that kicks off the events in Pumpkins, a rift between the haves and have nots, with both sides claiming the other needs to learn a bit of respect.

It’s a surprising message that gets the pumpkins rolling in this festive slasher flick.

When the land owning old man who grows award winning pumpkins finds his prized possessions ruined, the shock runs so deep that the man collapses in his pumpkin patch. The glowing green juice concoction he uses to feed his pumpkins oozes into the ground and fuses the old man and his beloved pumpkins together, creating a Toxic Pumpkin Avenger.

The result looks pretty damn cool with the old man sporting a Michael Myers-like get up with a half rotted Jack-O-Lantern head, a sadistic looking smile, and blacked out eyes. We even get some behind the pumpkin breathing a la Halloween. It’s not long at all until the old man’s niece supports her new pumpkin-headed uncle and joins in on the killing with him. Blood is thicker than water, and family is forever, right?

The script is pretty bare bones once our pumpkin avenger has been established.

But hey, we know what Pumpkins is: a group of young people in the woods being followed by a maniac killer who doesn’t like people on his land. An award-winning script isn’t necessary to convey that. But I’m not making excuses for a film that unfortunately feels flat around its entertaining set up and pretty cool killer.

Pumpkins feels real close to being a solidly good slasher flick, but the filler in the script is painfully apparent and unfortunately drags the film down.

Pumpkins does have its redeeming qualities that brought a smile to my face more than a few times. 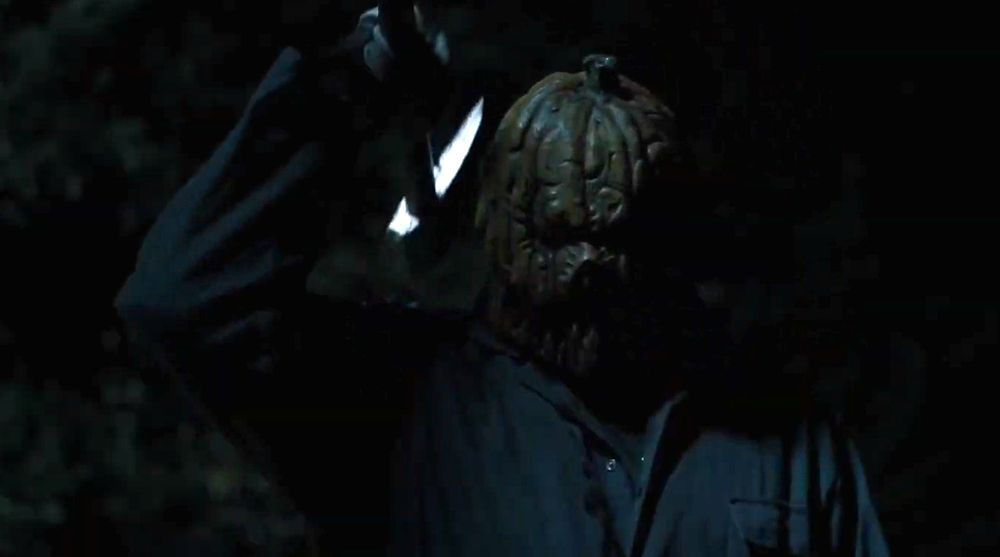 The pumpkins themselves begin to attack like pumpkin patch-born Critters with the camera driving over the forest floor in fun, Evil Dead-like fashion. The horror nods continue when one of our hikers, who has become separated from the group, stumbles across a pub seeking safety from the pumpkin-headed killer. Once inside, the locals essentially tell her to beware the moors.

Overall, Pumpkins is an uneven film.

It wasted time early on that would have been better served adding a touch of character development. Additionally, the third act feels more like a plateau than a climax. As a result, I can’t enthusiastically recommend it. However, there’s enough here to make it worth a watch.

The film is frustratingly lifeless at times. But it’s only so frustrating because there are several great moments showing what the story could have been with a slightly better script. It also features a great 1980s slasher atmosphere. What’s more, writer/director Maria Lee Metheringham has created a fun villain, and I have even found myself thinking about the potential a sequel could have.

Stick around for the post credit scene. You’ll see what I mean.