We chat with the talented Alex Essoe (“Starry Eyes”) about her love of horror and her latest star turn in the thrilling new film “Midnighters”.

Alex Essoe has rapidly become a dynamic presence in horror. With films like Starry Eyes, The Neighbor and Tales of Halloween, she is quickly climbing her way to Scream Queen status! Her latest film is Midnighters, where Alex plays Lindsey Pittman, a woman who, along with her husband and sister, must face the consequences of her actions on a New Year’s Eve from hell.

Reminiscent of a Hitchcock film, this intriguing and thought-provoking thriller is not one to be missed. You can read my full review of it here on Morbidly Beautiful. Now that the film has been widely released in theaters and on VOD, I was excited to talk to Alex about Midnighters and her stellar career. 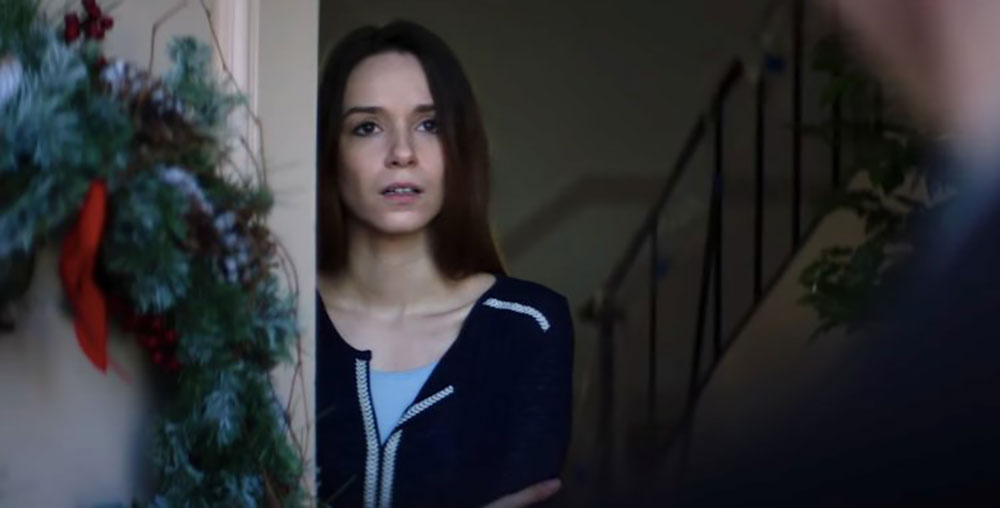 Los Angeles Zombie Girl: Thanks so much for talking to me Alex! So, what made you decide to become an actress?

Alex Essoe: No problem, my pleasure! Well, since I was a kid, I’ve always been obsessed with watching movies and performances. My mom was a stage actress for a very, very long time. So I grew up watching her and doing little parts with her here and there; it was always a part of my life. When we moved to Canada, I did theater in high school. From there, I started training more seriously, and I moved to Vancouver. Now here I am!

LAZG: You have done some incredible horror films. What is the best part, for you, about working in the horror genre?

AE: I love, the lack of limitations in horror. There’s so much uncharted territory that horror can traverse that other genres are restricted by. I love everything about horror movies. Some of the most interesting characters, especially the most interesting female characters, I think largely have been in my favorite horror films. There is so much imagination involved. 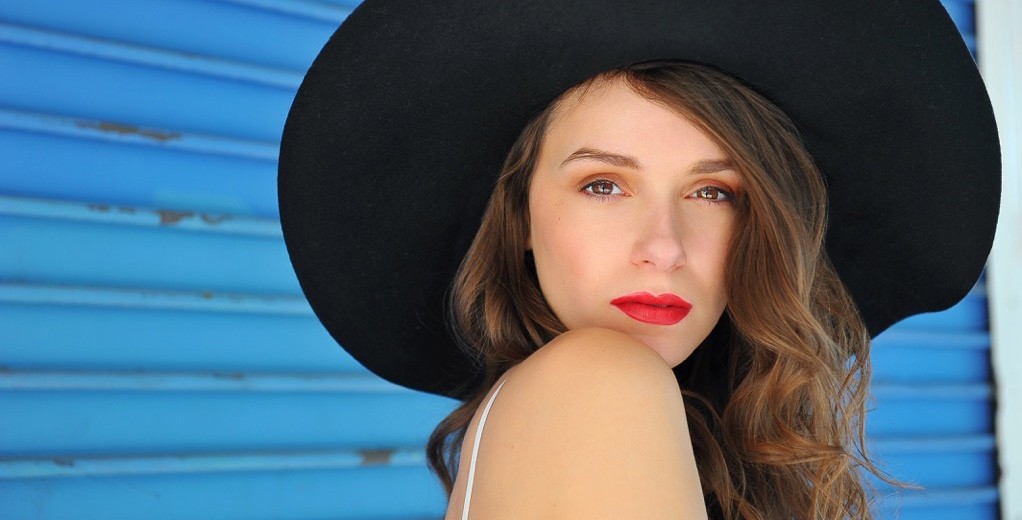 LAZG: So, for those people that have not gotten to see Midnighters yet, would you please tell us a little about it?

AE: With Midnighters, I think it is equal parts psychological thriller and meditative character piece. That is what really interested me in it. It’s about a couple on their way home from a New Year’s party, when they hit somebody, and because they’re both a little drunk, they freak out and take the body back to their house. Then all sorts of madness unfolds from there. 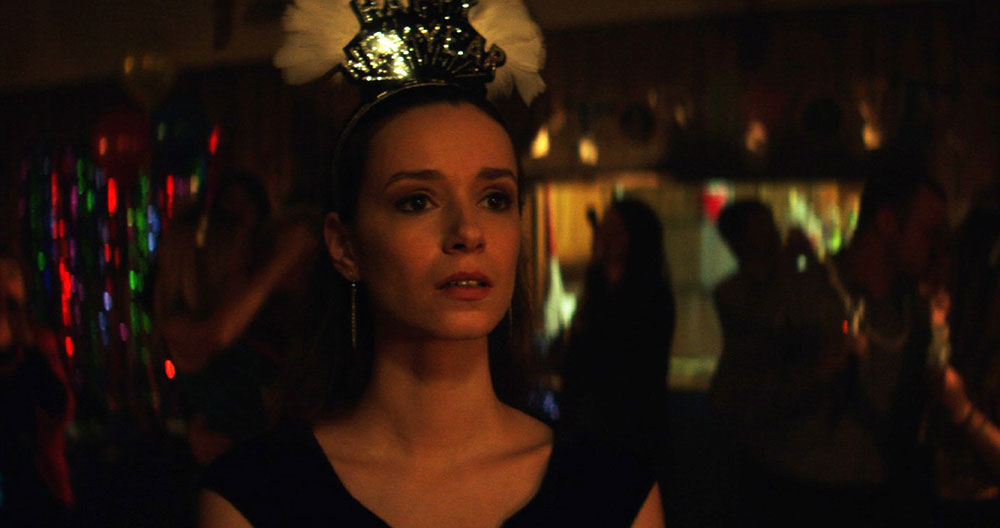 It almost reminded me of like a Blood Simple type of film (Blood Simple is a 1984 American neo-noir crime film written, edited, produced, and directed by Joel and Ethan Coen. It was the directorial debut of the Coens). It’s really great. Our movie has that sort of meditative noir feel to it. There are definitely some intense action scenes too, but a lot of it is very atmospheric, it’s a slow burn. Anyway, that’s my take on it.

LAZG: Your character Lindsey, seems to change a lot during the film. She starts out a much kinder, gentler Lindsey. Is that the case, or is the girl we see later in the film who she was all along?

AE: I think the fight for survival is the catalyst, that kind of awakens something in her. I feel like it was something that’s been just under the surface, for a long time, because she’s a nice person who is just trusting of the wrong people. Lindsey wants to be a good person, she wants to live a good life. She puts up with a lot from the people in her life and she’s kind of a doormat. She’s married to this idea of stability and success, but the truth of the matter is that she’s probably a little too broken of a human being to really have that. I think that combined with this sort of lone-wolf mentality she has, the way that she sees herself, creates this perfect storm, to bring on a serious shift in her psyche. 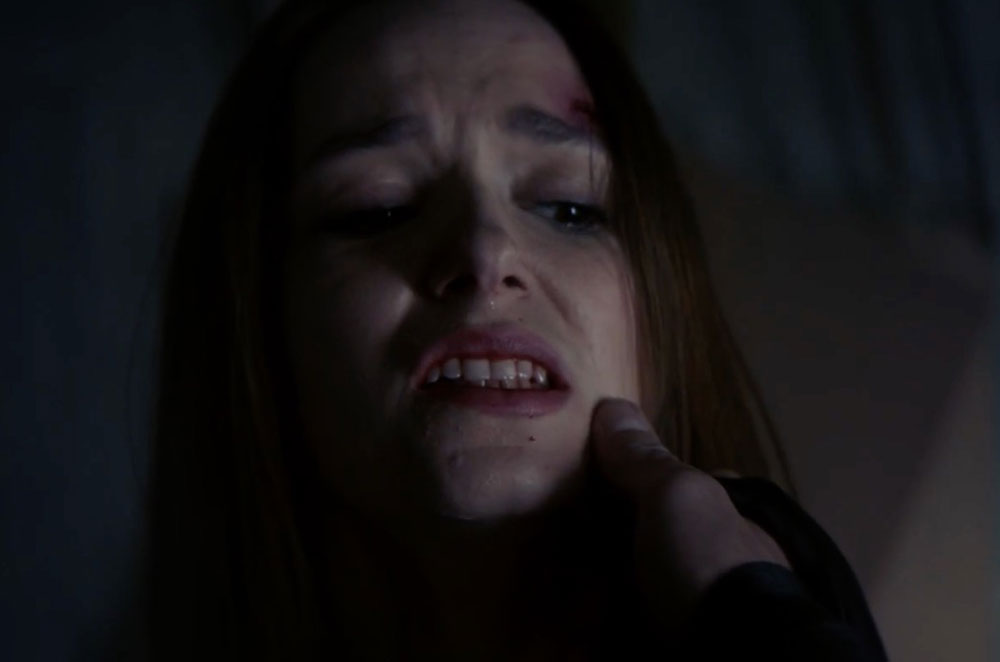 What I really think is interesting about her is, how much, she wants to be this other person. She couldn’t trust anyone. And even if it’s because of the choices she made, that leads to her deciding she’s going to be the creator of her own destiny. Much of the earlier part of the film it’s her relying on other people, taking relief while they make the decisions. People have important discussions around her, she’s just sort of the peace keeper, and it gets to the point that when she’s given the opportunity, she literally opens the flood gates. Also, because she has met with an undeniably evil foe, it is easy for her to justify her behavior, and the choices that she makes. She just gets to her limit.

LAZG: Greed seems to be the downfall of most of the characters in the film. Have you thought about what you would do if you found yourself in a similar situation?

AE: Oh my gosh, I actually have thought about that before, and it’s hard to imagine acting that much differently than she did. It’s a very specific obstacle course that she goes through. Where one thing leads to another, leads to another, and they sort of compound. I think in that situation, especially if you are trusting, you want to see the best in the people in your life. I think it would progress that way for a lot of us in the same situation. I don’t know if the outcome would necessary be the same though. (laughs) I don’t know if I have it in me to do some of the things that she did, but I can imagine how lost I would feel in her place. And if I realized that I couldn’t trust anyone in my life…

LAZG: You went through a lot physically and mentally for this role. What did you do to prepare for such a complex character?

AE: With Lindsey, I think it was really important to understand her history and where she comes from — and what the things were that created her world view. She has a sort of fearful nature, so I visited trailer parks and places where I thought she would have been. Environments where she would have felt alienated, because I think that’s a big thing with her.

She never had a sense of belonging, a sense of history or community, so I really wanted to capture her feeling of being set adrift in the world. That’s why it’s important to her to maintain the connections of people who are not very nice to her, who do not take her particularly seriously. There’s something so beautiful about that, and tragic, because ultimately, even with the things that she does, she really is, I think, a good person underneath it all. 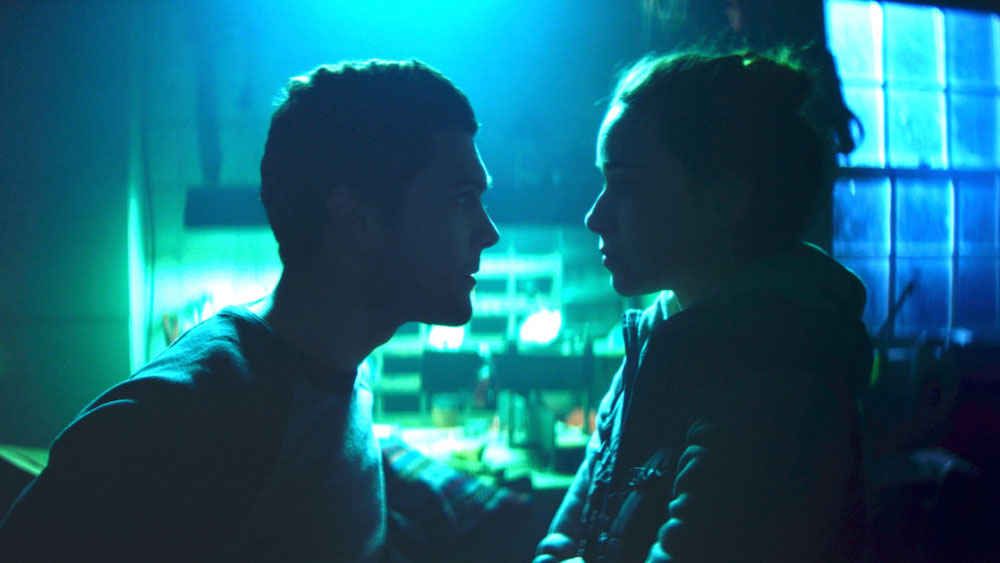 It’s interesting that you brought up greed, because greed is the motivator for everybody in the script, except for Lindsey. She’s the only one who is not in it for the money. She’s in it to take care of the people she cares about, to protect what’s hers and to protect the person that she wants to be. I really liked that struggle and wanted that to shine through. When she is in danger, I think that’s when the shift happens, when she realizes she can’t count on anybody else.

The part of the movie where she is in the most danger, no one’s there for her, both times she is completely on her own. On one hand it’s good to be self-reliant and all that, but with Lindsey it’s a little more tragic; because it’s not really a choice. It’s something she was really forced into and I wanted the audience to know that. I really loved that about her.”

LAZG: Did the actors do any improvisation while shooting, or was it all scripted? The dialogue seemed very natural.

AE: There was not a lot of improvisation at all. They were very faithful to the script. If we felt like something should be changed or we felt like something else might be better, we would talk to Alston (Ramsey) about it and have a discussion. Which is fine, because it’s good that a writer will stand by their work. It was a very nice and collaborative process.

LAZG: Speaking earlier about her “undeniably evil foe” what was it like to work with Ward Horton? He was incredibly creepy!

AE: It was wonderful! It was such a gift. He is amazing. He’s so present and so generous. The most intense scenes between us were actually some of the most enjoyable to shoot, because he’s just there and just does not hold back! I love actors like that. The type of actor that gives everything to their partners, they don’t make it about themselves and they’ve done their homework. I’m like, ‘Oh shit we’re doing some acting right now.’ I mean I had to up my game!

AE: (laughs) Oh my god, all I had to do was look him in the eyes, and my heart would just sink into my stomach.

LAZG: Do you have an interesting behind the scenes story from Midnighters?

AE: Yeah, this is kinda embarrassing, but it was also pretty funny. It’s during the scene where I’m in the basement and I’m duct taped to a chair, basically all day. At that point, we’d had a really grueling shooting schedule, and I was just beyond my limits exhausted. So, I’m sitting duct taped to this chair, in a freezing cold basement. Ward is sitting next to me, and Julius (Ramsey) is talking to us about the scene, what he wants and how we’re going to do this or that. The next thing I know is I’m opening my eyes, and Ward and Julius are just staring at me because I fell asleep sitting upright looking at them. I had no idea. All of a sudden my eyes closed, and my jaw went slack, and my brain just powered down!

LAZG: Do you any upcoming projects that you’d like to talk about?

AE: Sure! I have a horror comedy coming out later this year that is directed by Jordon Rubin, who directed Zombeavers. It’s called The Drone, and it’s about a killer drone that has been taken over by the consciousness of a serial killer. It should be hilarious. The script is really funny, and I had a blast filming it. It stars myself and John Brotherton who was in The Conjuring, Furious 7 and now he’s on Fuller House. It’s super funny, and I’m really excited for it to come out!”

Click here to find out where you can watch MIDNIGHTERS, beginning March 2, 2018 (in theaters and VOD).