After falling madly in love with the new indie horror thriller “What Keeps You Alive”, I chat with director Colin Minihan and star Brittany Allen. 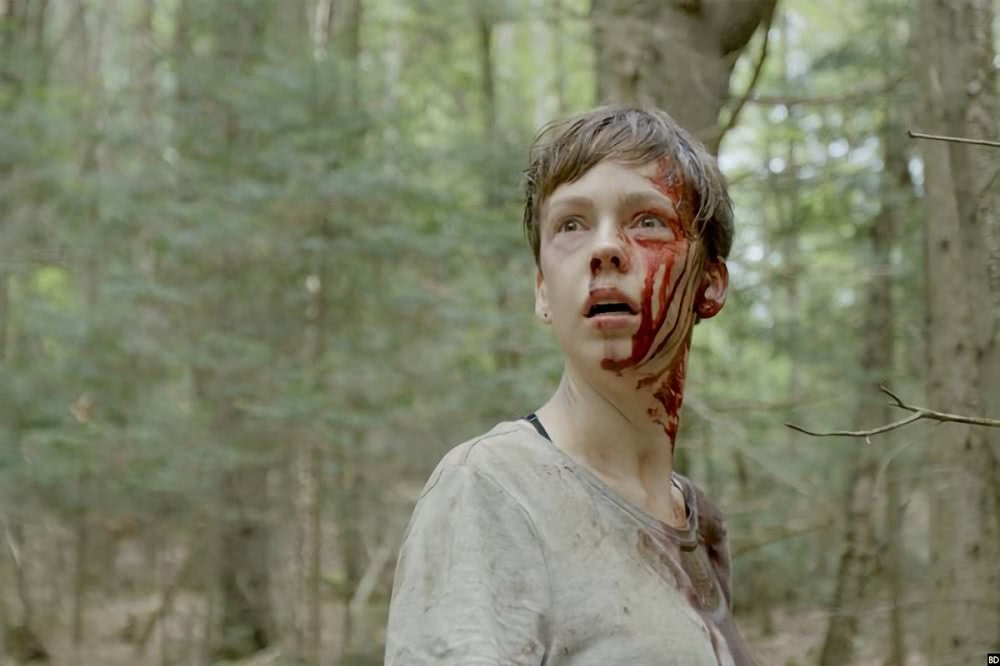 In the latest IFC Films release, What Keeps You Alive, filmmaker Colin Minihan (It Stains The Sands Red, Grave Encounters) along with actress and composer Brittany Allen (It Stains The Sands Red, Jigsaw) team up to bring genre fans a twisted, brutal weekend in the lives of Jules and Jackie. An idyllic, secluded trip to the family cabin in the woods, celebrating the pair’s one year wedding anniversary, goes completely wrong, tapping into a massive collective fear; how well do you really know the one you are with?

I had the pleasure of chatting with Minihan and Allen over the phone about their critically acclaimed new thriller. During this conversation, it was obvious the couple (partners in their professional and personal life) know and compliment one another very well. They were friendly and engaging, and the conversation flowed so naturally between the two. It was a joy to speak with both of them.

We discussed the process of making a film while involved in multiple roles, the ability for the genre to offer a more moving social commentary, and true crime. (Please note: Colin and Brittany’s answers to my last question contain SPOILERS.) 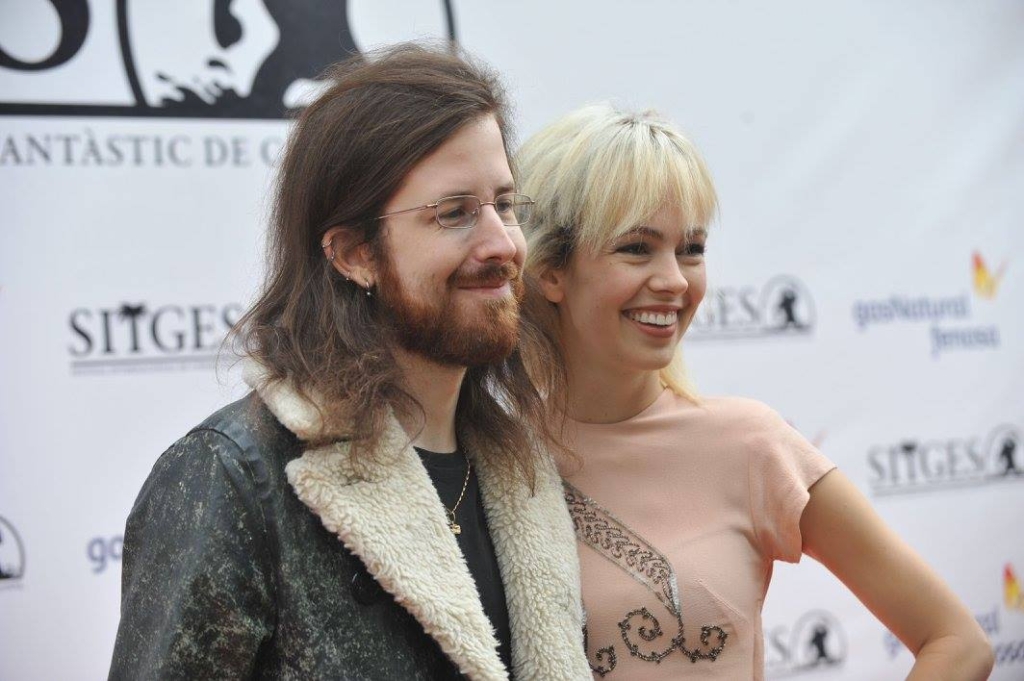 1. Brittany, you portray your character of Jules as strong, brave and intelligent, but still remain completely vulnerable. It’s a complex and layered performance. How important was it for you to make a feature with strong female leads, and was it satisfying to take on such a meaty role?

Brittany Allen: Yeah, it was very satisfying. I think with Colin, he’s written some of the strongest, most complex female characters I’ve played in my career. So I’m always grateful to him for that. With this one in particular, I definitely had to pull out aspects of myself that I wasn’t necessarily comfortable operating from in my normal life. I’m referencing the strong place that Jules starts at, and the strength she acquires close to the end of the film.

For me, I suppose I’m more comfortable with the victim role just because it’s something I have a little bit practice with and something I’m able to throw myself into with some ease. But the challenge was to plant my feet firmly on the ground, to lower the pitch of my voice — you know, just own my physicality, own my sexuality, own my willingness to not be pretty and to not concern myself with these feminine tendencies that had been drilled into me since I was a child. That was a challenge, and that was also the most exciting thing about doing this project.

Colin Minhan: That’s how the character changed a bit.

BA: Yes, that’s something that did change with Julie becoming a lesbian as opposed to being a part of a hetero couple. Noot that it had to change that way, but it just felt more right, given the dynamic between Hannah (Emily Anderson) and myself. 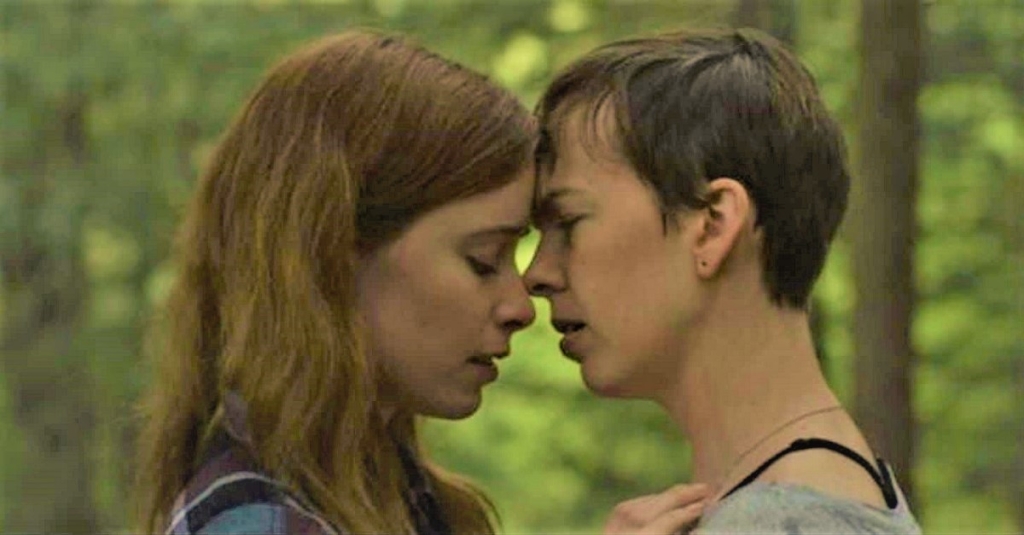 2. Colin, you wear a lot of hats on this film — working as editor, writer, director, and producer. And Brittany, you composed for the first time.So for both of you, this was like a huge team effort. Was it challenging to juggle all of this, or do you think it helped being involved in so many aspects of the film?

CM: Does it help or does it hurt? Hahahaha

CM: I mean, the whole process of making a film, to me, that encompasses all of those big, creative roles, you know. Directing is just one aspect of this much larger journey that you go on as a filmmaker. So you know, conceiving the idea, and writing the script and rewriting it and tearing it apart and writing it again, and then finally shooting it. And exerting yourself physically and emotionally, and staying in tune with these characters, and helping guide those performances and guide every other aspect of the production is a very tiring process in itself.

But once it’s done, then as a filmmaker and as my journey on every movie has been, I become a very introverted person and I become an editor. And so I do shift with a lot of fluidity at this point, but it’s always a challenge. Definitely, jumping from being a writer to being a producer is challenging because they’re such different personalities that you are connecting with, so… 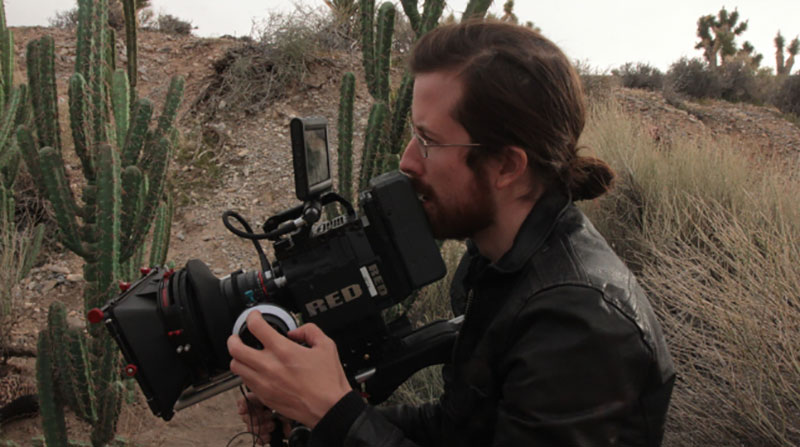 BA: And the thing is, once Colin’s done the film, there’s still so much work to do. Once he’s worked so long to write and perfect the script, to raise the money to pre-production, t