What Keeps You Alive is a tense and sexy thriller that exceeds expectations thanks to standout performances, a smart script, and artful direction. 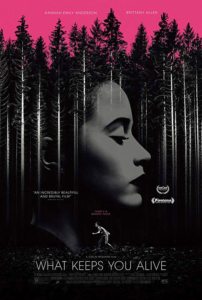 Ever since the acclaimed new horror thriller from Director Colin Minihan (It Stains the Sands Red), What Keeps You Alive, made its world premiere at SXSW in March to rave reviews, I’ve been anxiously awaiting my chance to see what all the hype was about.

Now that the film has received distribution thanks to IFC Midnight, I finally had the opportunity to screen the film — and I’m thrilled to say it did not disappoint.

What Keeps You Alive is Minihan’s fourth feature. He made his SXSW debut with the film, which debuted as part of its Midnighters programming, reserved for the biggest gems of the festival. In previous years, festival goers have been among the first to see some of the biggest and most critically acclaimed indie horror films of recent years, including Don’t Breathe, The Invitation, and The Guest.

It appears What Keeps You Alive is on track to join the ranks as one of the new breed of ‘elevated’ horror films able to win the hearts of both critics and audiences alike. 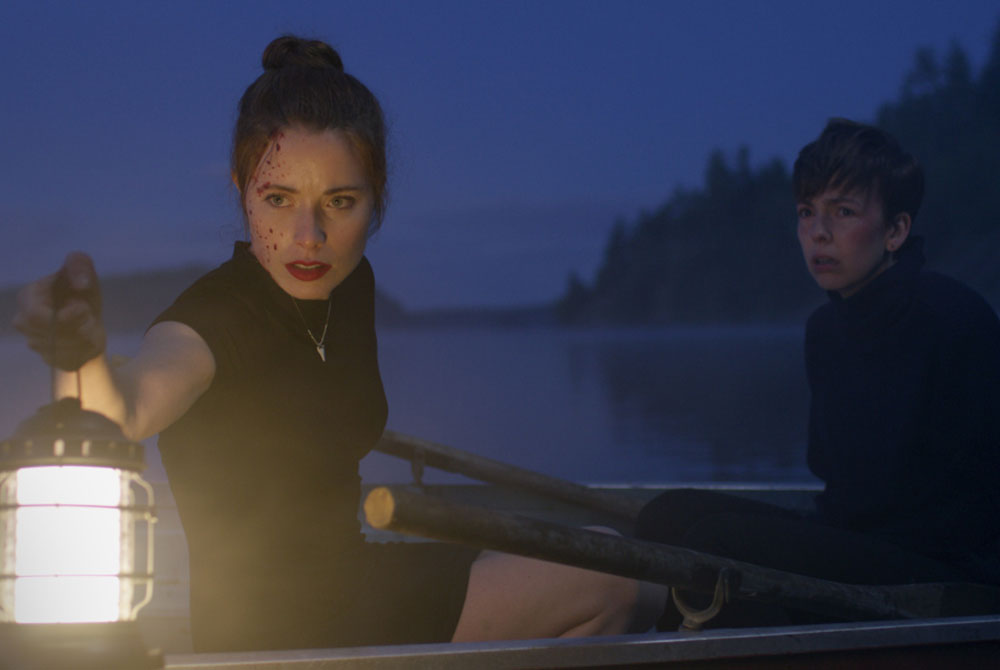 The film centers around Jackie (Hannah Emily Anderson) and Jules (Brittany Allen), a happy couple celebrating their one year anniversary at a secluded cabin in the woods belonging to Jackie’s family. From the moment they arrive, something changes in Jules’ normally loving wife, as Jackie begins to reveal a previously unknown dark side — all building up to a shocking revelation that will pit Jules against the woman she loves most in a terrifying fight to survive.

Reading the plot synopsis for the film, it’s easy to mistake it for another run-of-the-mill thriller about secrets, betrayal, and the dangers of unwittingly falling in love with a psychopath.

However, while the plot points may feel familiar, this film is anything but typical.

Despite the familiar territory, What Keeps You Alive felt remarkably fresh — thanks in large part by some rather inspired casting and two unforgettably compelling performances by the talented lead actresses.

The character of Jackie was originally written as a male. However, after the original actor dropped out, Minihan decided to retool the script and bring in Anderson to play the manipulative and mentally unstable wife to Brittany Allen’s character, Jules.

This important change in the couple’s dynamic was a fortuitous stroke of genius.

The fact that the film centers around a lesbian couple, in and of itself makes it feel refreshingly unconventional — though Minihan is careful not to exploit the couple’s sexuality or use it as a cheap plot device. The change does, however, transform this into an almost entirely female-driven film, giving both lead actresses incredibly well-written, layered and meaty material to work with.

Most importantly, it’s strangely satisfying to see a female in the rare turn as a psychopathic killer, and Anderson is absolutely mesmerizing in the role — gliding effortlessly between  endearingly sweet to downright terrifying.

Anderson and Allen (who both appeared together in last year’s JIGSAW, though they never shared any screen time) have a strong, almost electric chemistry together that helps sell the emotional impact of the eventual betrayal.

As convincing as Allen is as a cold and ruthless killer, she’s just as convincing when she’s laying on the charm — making it easy to understand how her wife could overlook any potential red flags in their relationship. For her part, Allen (who also executive produced and scored the film) is equally compelling as the heartbroken but resilient Jules — a role written specifically for her, and one that must have been extremely emotionally and physically demanding.

There’s a brilliant scene in the film when Jules is finally struck with the painful reality of exactly who her wife is and what she’s been up to. I don’t want to give too much away. But both Anderson’s chilling delivery and Allen’s painful, emotionally-charged reaction are extraordinary.

The film starts slow, with Minihan taking the time necessary to develop the characters — effectively setting the stage for the powerful gut punch he delivers later in the film.

When things finally kick into high gear, the film becomes a master class in dramatic cat-and-mouse tension that kept my heart racing and my eyes glued to the screen.

There’s a great deal of artistry at work in this film — from beautifully photographed landscapes, to a perfectly moody score, to exquisitely framed shots that are as breathtaking as they are unnerving.  It’s stunning to look at and, at times, sexy as hell.

But that’s not to say it isn’t also quite scary.

A wonderful, nail-biting intensity permeates every frame, with several unexpected twists and an exceedingly clever chase scene on the water. Even in the film’s quieter moments, there’s an ever-present sense of foreboding, in which Minihan slowly and deliberately teases the audience like a cat playing with its prey. And as much as the material had a familiar feel, there were numerous scenes that felt quite surprising and utterly original — either in setup or in execution, often both.

This uncommonly heartfelt yet horrifying film is more than worthy of your attention, and it deserves to find its rightful place among the recent crop of intelligent and provoking indie horror films that people can’t stop talking about.