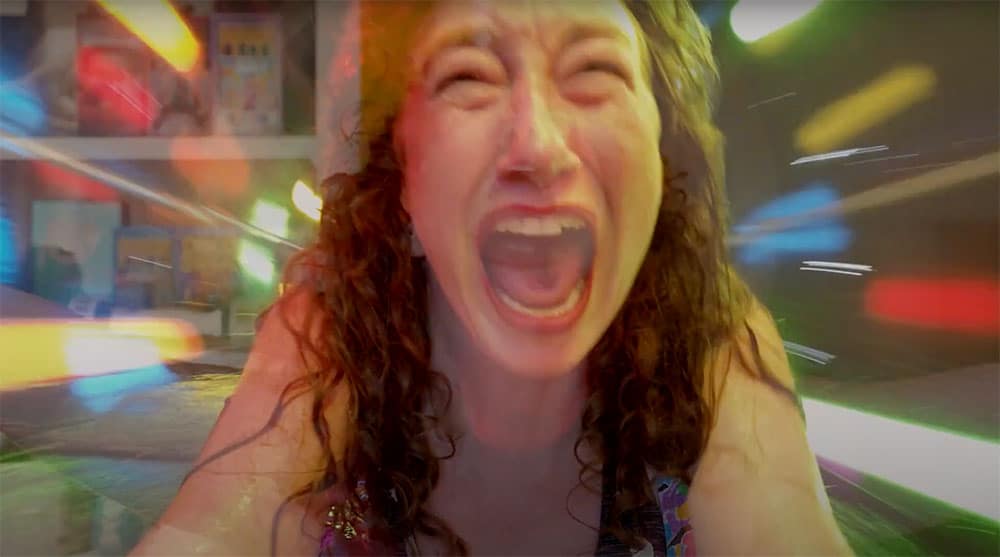 I’m a native of Austin, Texas, and part of the city’s creative community. So, when I heard that beloved, Austin-famous queer fitness guru Erica Nix made a film about life in Austin from the perspective of its bohemian artists, I knew I had to see it.

Erica is an Austin treasure — and unlikely mayoral candidate — and her film, Erica’s First Holy Shit, promised to explore the changing tides of Austin’s value system while showcasing a large cast of the city’s celebrated queer icons.

When I first moved to Austin to attend college, I immediately fell in love with the city’s quirky, wonderfully weird, laid-back vibe and its absolute embrace of its creative and artistic community. I knew it was where I wanted to grow roots, having never before experienced such a sense of belonging and purpose. Over the years, I’ve watched my beloved city boom, resulting in a seismic cultural shift. Austin became a thriving metropolis — no longer a plucky little college town devoted to its misfits.

Erica explores this evolution — hastened by Covid and the recent death of many Austin institutions — in her hilarious, psychosexual cinematic adventure of self-discovery. It’s a tribute to old Austin and an homage to keeping things weird in the face of increased corporatization and sanitization.

And it’s every bit as gloriously magical, beautifully bonkers, and highly relatable as I hoped it would be. It’s an extremely personal film and a satire on the mass culture of seekers and the insatiable need for personal fulfillment. Erica invites viewers to join her as she explores religion, psychedelic rituals, therapeutic healing, and politics.

While the film is, in fact, a love letter to Erica’s hometown, it’s about something so much more than that. It’s a celebration of the “weirdos” — the different, the marginalized, the creators, and the underrepresented.

I was fortunate enough to sit down with Erica and discuss the film, what it means to be an Austin “weirdo” and struggling creative in a rapidly growing and changing city, and her political aspirations.

You can check out my video interview with Erica below and read on for the full transcript of my chat with this incredible, inspiring woman.

1. I just watched Erica’s First Holy Shit and, well, holy shit! It was such a surreal, hallucinatory, wonderfully weird (and wickedly fun) experience. What was the biggest challenge you faced bringing this project to life?

I think the biggest challenge is just working without any budget at all during Covid, and also kind of throwing all my guts out there for everyone to see. But they all kind of became challenges at different times, you know? So I feel like, in the moment of filming, it was hard because we had to do everything. No one had just one job. We were all putting it together and having to do all the managing and costume set design.

Most of the people are costumed in my Leocard collection that we already owned or created from other projects. So that was really hard. Also worrying about people testing positive when we’d have bigger shoot days. And then after the fact, I would say just the vulnerability of everyone seeing it on the big screen was a bigger deal than I thought, a little bit more vulnerable than I expected.

But it’s worth it because I’m really proud of what we made. 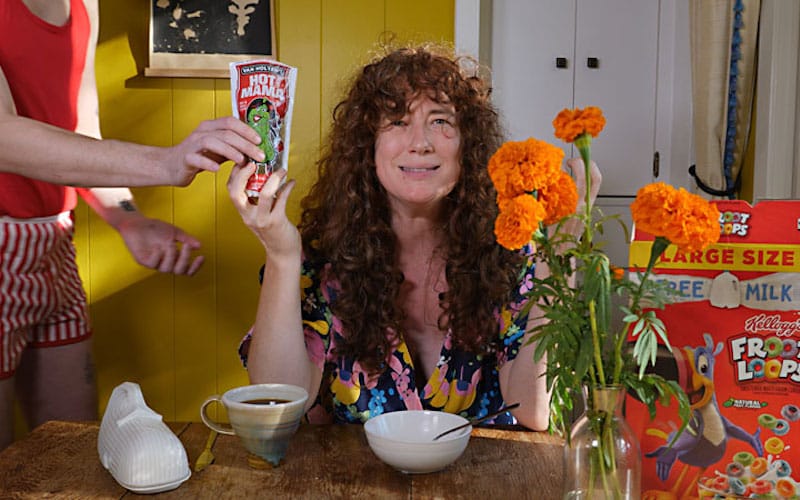 2. How important is humor to you as a form of healing/therapy, and did making this very funny film help you in ways you weren’t expecting?

I basically would talk to my creative team about what I was going through and kind of laugh about it, and then they would make it even more ridiculous. And then we would write it in a story. So that’s why I’m still alive today, I would say.

I don’t know what I would have done if we hadn’t been creating this movie during this time of my life.

3. I know the “Erica” in the film is an exaggerated character. Still, the film also feels very personal — exploring serious and highly relatable ideas of guilt, anxiety, fear of failure, and feelings of inadequacy. How much of the “real” Erica is infused into the character, and did you feel scared or vulnerable at all in making the film?

Yeah, I don’t know that the character is much of an exaggeration, to be honest.

There used to be something between me and this character. But the longer I’ve lived as this aerobics enthusiast, the longer I feel like we’re just the same person. And a lot of the movie is basically just what I’m going through and things I actually did. There are definitely some things that were exaggerated or things that started in truth, maybe we found out later down the line that weren’t true and just kept them in the script. So definitely fact-check anything that you thought was very interesting and you didn’t know yet about the world.

Yeah, this is all me, baby. And it is vulnerable. But I think the best stuff is I don’t even have friendships that aren’t vulnerable. So I know many people who have fun and laugh with their frie