“Endangered” is a tense, well-crafted thrill ride whose destination is just as rewarding as the journey — a trip well worth taking. 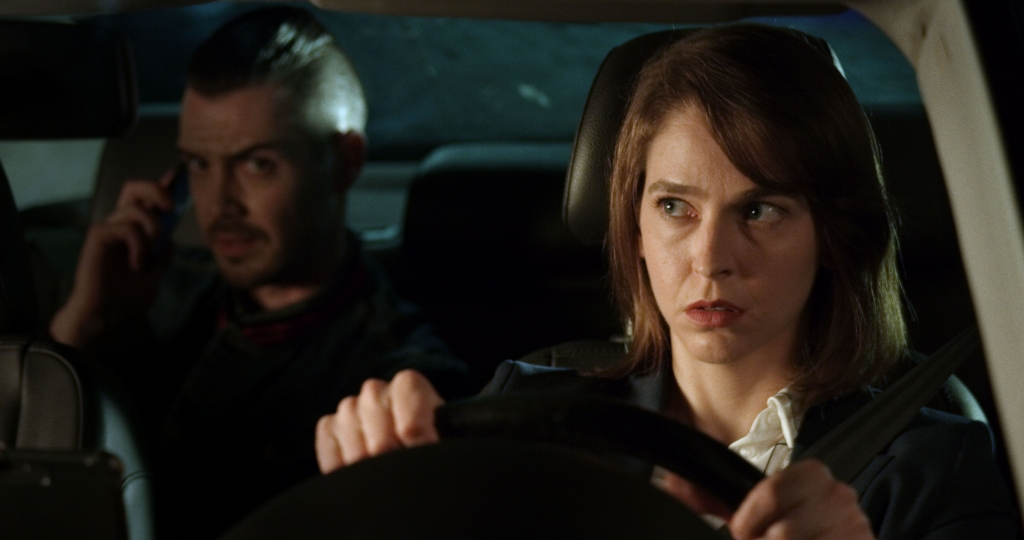 Endangered (2020, a.k.a. Fox Hunt Drive, which, by the way, is a much better title considering that the plot has nothing to do with whales, polar bears, or Bengal tigers) shows us the harrowing perspective of a desperate, unemployed female architect (the lovely and intense Lizzie Zerebko) trying to make it in a man’s world and relegated to an Uber-esque ride-share app service to make ends meet.

Directed by Drew Walkup, Endangered may be his first feature-length film, but his previous experience in television and short films seems to have prepared him for an excellent debut.

But all the great writing (Adam Armstrong, Marcus Devivo), seamless editing, and direction would amount to nothing without a strong leading lady…

…who is having a rough night but trying to make the best of her situation; that is until her latest customer, a suspicious-looking man (Michael Olavson, Deacon’s Choice) who isn’t the person who summoned her via the app, gets into her car and things begin to spiral out of control.

Said customer makes some shady calls and then asks her to make a pit stop, during which she snoops through a mysterious bag he brought with him containing none other than a bunch of hot jewelry, a gun, and… a blood-soaked watch.

While rummaging as the tension of his imminent return mounts, she fumbles some of the contents, dropping a pair of earrings onto the floor and getting some blood on herself just as he returns.

And the movie takes off from there. 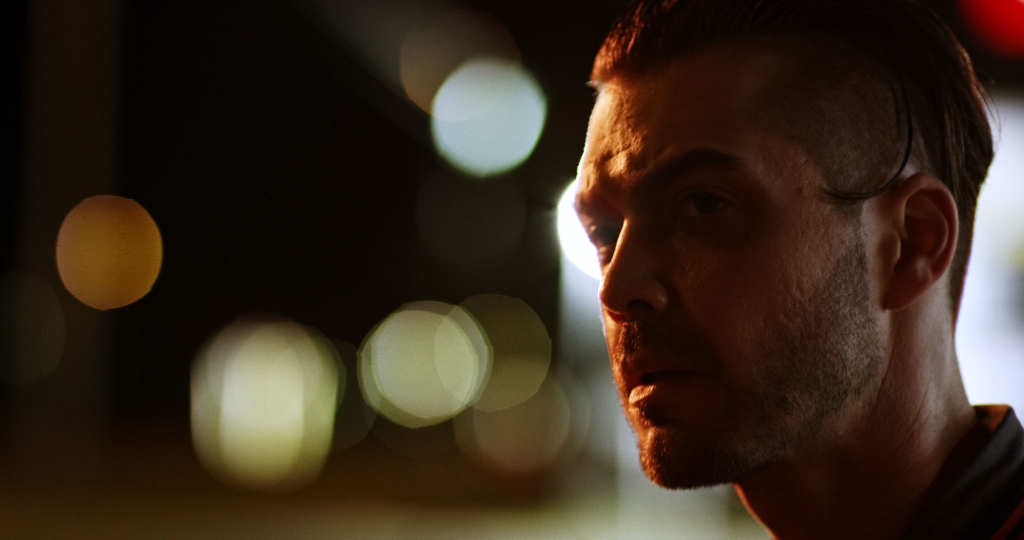 Now on a mission to get rid of a body and keep from losing her only source of income, our heroine is confronted by corpses, sleazy goons, drug dealers, man-eating alligators, drug overdoses, and nosy gas station attendants.

Meanwhile, a rookie police detective (Ryan Forrestal), out looking for the owner of the very earrings in the mysterious stranger’s bag, gets a call about a possible hit and run, and the chase is on.

With several clever twists and turns and some truly excellent acting from all the players (especially Edward Craig as hunky “Gordy”, Sam Lukowski as a psychotic drug dealer, and Alea Figueroa as a sultry junkie), the tension builds quickly towards an edge-of-your-seat climax that you may or may not see coming —but which ought to satisfy even the most cynical of viewers.

The only thing that could’ve topped that ending might’ve been a fourth wall look right into the camera, but that could just be the horror geek in me.

What’s not to like about this taut noir thriller set in a modern era in which many of us, facing off against the patriarchy or just shit luck, find ourselves outside our comfort zones?

Endangered is just a damn well-paced, well-written thriller that’ll leave you wondering who to root for at the end.

(How about rooting for me? My heart’s still pounding…I need to get that looked at.)

Rent it on YouTube, Google Play, Vudu, or Amazon Prime, and prepare to be pleasantly surprised.