Why Jerry Smith’s “Love is Dead” Deserves Your Support

One thing I have always appreciated about the horror community is the overwhelming support for independent film and the creative spirit that fuels it. Filmmakers today have the ability to change the face of the genre — bringing a unique voice, artistic vision, and true passion to audiences. But no worthwhile project gets made without the  support of film and genre lovers who value this creative expression and anti-Hollywood sentiment.

We recently told you about one such project that we believe truly deserves this type of support, the dark and beautiful short film LOVE IS DEAD from our friend, seasoned horror contributor and first time filmmaker, Jerry Smith. But this isn’t just a film we’re passively promoting. This is a film we believe very strongly in and are doing everything we can to help ensure its success.

In addition to donating custom horror art to the many amazing perks available for those who donate to this film, we also organized a fundraising event in Austin, Texas, to help support Smith and his short film….a film that deserves to be made. Together with our amazing friends at Austin Horror Society and the generous support of Badlands Austin, we held a special screening of David Lynch’s Lost Highway. This film is very special, as it is a a personal favorite of both mine and Jerry’s. 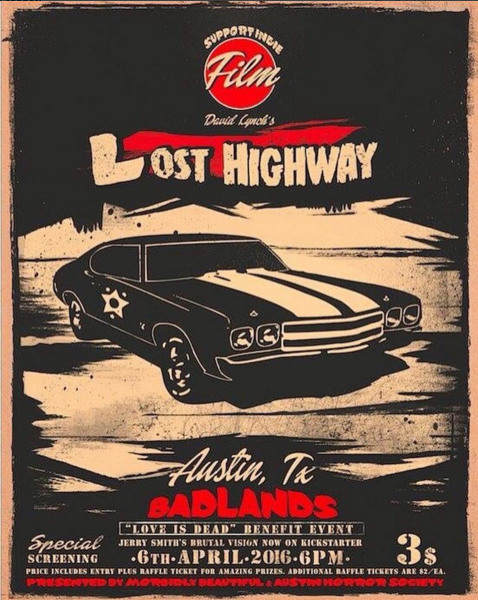 WHY WE LOVE “LOVE IS DEAD”

Smith has paid his dues and proven he is passionate about the genre. He’s a frequent contributor to notable horror sites like Fangoria, Delirium, and Blumhouse and is the Editor-in-Chief of the “Rondo Horror Awards” nominated site Icons of Fright. Despite the success he’s achieved, he remains incredibly humble and, at times, even self depreciating. He’s also a hard-working single father, raising some awesome kids and the next generation of horror. Not only does Jerry deserve a shot at fulfilling his dream, but he legitimately has a staggeringly relatable terror.

Smith has an important story to share… a story so personal and wrapped up in those emotional demons, which latch themselves upon your conscience after the truly painful and pivotal moments in life. This is a film about those demons, the ones that claw at your insides, wreaking havoc and impairing our better judgement.

This story will be unflinchingly realistic in its portrayal of love lost, “brutal” as Jerry describes it. Love is not always a many splendored thing. Love can be your best friend and salvation, but it can also be your worst enemy and the thing that destroys you and tears you up inside. Love can make life worth living…or it can make it feel impossible to survive. For some, love is the meaning of life. For others, love is dead. 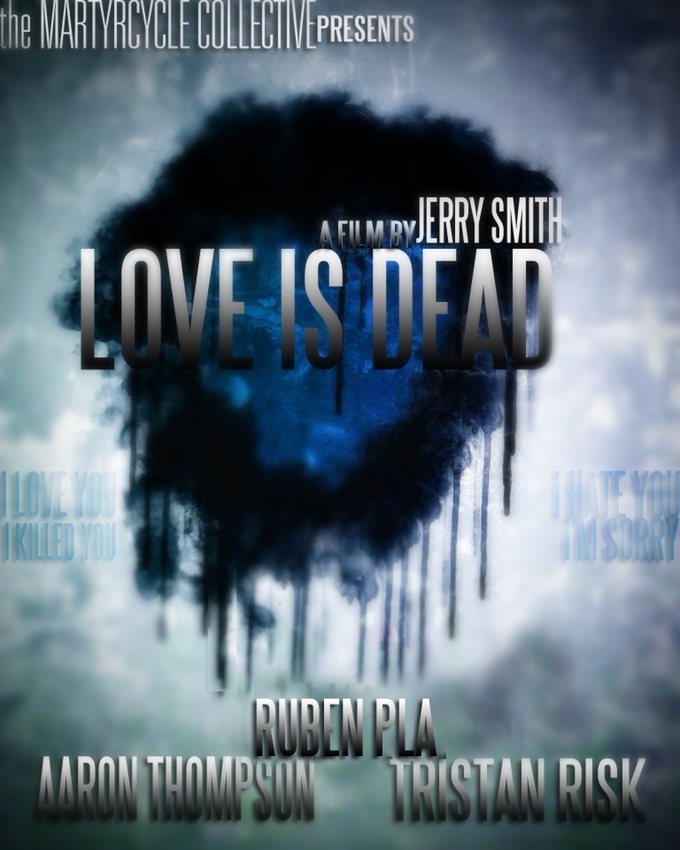 Knowing Jerry the way I do, I felt his sincere NEED to share his story with the highly autobiographical LOVE IS DEAD. It’s a story I can relate to on so many levels, and I strongly believe many others will as well.

Jerry has enlisted the help of some amazing talent to bring his moving vision to the screen, including indie horror darling Tristan Risk (American Mary) and adult film sensation Aaron ‘Small Hands’ Thompson, as well as accomplished veteran actor Ruben Pla (Insidious). He’s also assembled some stellar talent behind the camera, including Zach Shildwachter (I Sell the Dead, Margaret) and BJ Colangelo (Abort, Seven Minutes). This is literally an Indie Horror Dream Team, and you can be a part of something special by backing this effort from a longtime friend and supporter of the horror community.

HELP BRING THIS BRUTAL VISION OF LOVE LOST TO LIFE

We here at Morbidly Beautiful are honored to help support and champion this film. We think it’s a story that needs to be told, and we don’t think there’s anybody out there more qualified to tell it than Jerry Smith. There’s only a few days left in the Kickstarter campaign. Many people have generously donated and supported this project, but more support is needed to make this dream a reality. 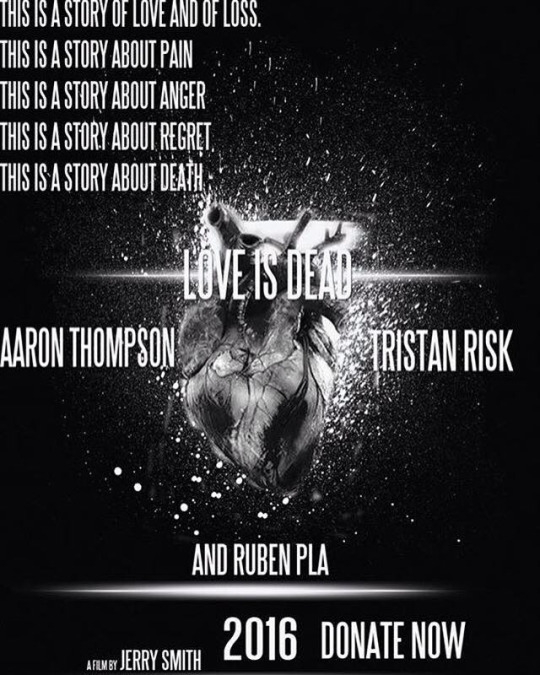 Please, please consider dropping some coin into the Kickstarter for Love is Dead. Watch Jerry’s video concerning this project, check out the awesome perks, and think back to a time when you needed a story like this in your life to be told. Click here to donate. Thank you so very much for helping.