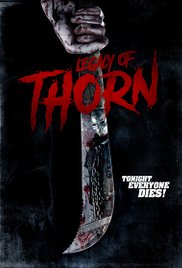 With their new prequel Mask of Thorn wrapping up production, I wanted to take a look back at the second film in the SLASHER HOUSE franchise line, and the third overall feature film by the Mycho Entertainment Group. The 2014 film Legacy of Thorn is a blood drenched feast — directed by the low budget visionary MJ Dixon and produced by his uber talented cohort, Anna Dixon.

With the sloping decline of prominent iconic slashers within the genre, the Dixons have found a way to reinvent the sub genre by giving us the supernatural, unhuman, masked murderer, Thorn.

A lesser known slasher succeeding the likes of Freddy, Jason and Michael Myers, Thorn is the next great mask wearing, weapon wielding, maniac to hit the screen since Adam Green’s Victor Crowley, aka Hatchet Face. A throwback to the 80s, Legacy of Thorn is a heartfelt testament to the prolific slashers who came before.

This film reminds me of when I was a little kid and accidentally left my television set on all night, only to wake up scared, thanks to some slasher carving up victims in a vicious fashion. It came with a serious feeling of unease, as the atmosphere swept over me, causing me to check the lock on my bedroom door. Witnessing the madness and mayhem taking place on screen in the wee hours of the morning, was enough to send shivers down even the toughest kid’s spine.

‘Legacy of Thorn’ is like a vivid night terror, sure to keep you surveying the room as you peek out from under the covers. It’s avant-garde filmmaking, pleasantly bordered with beauty with blood. Plenty of action, kill scenes, and short shorts make for a thrilling, deviant adventure into the town of Avondale, the town of the future.

I have to say this is my favorite of the Mycho Entertainment films. 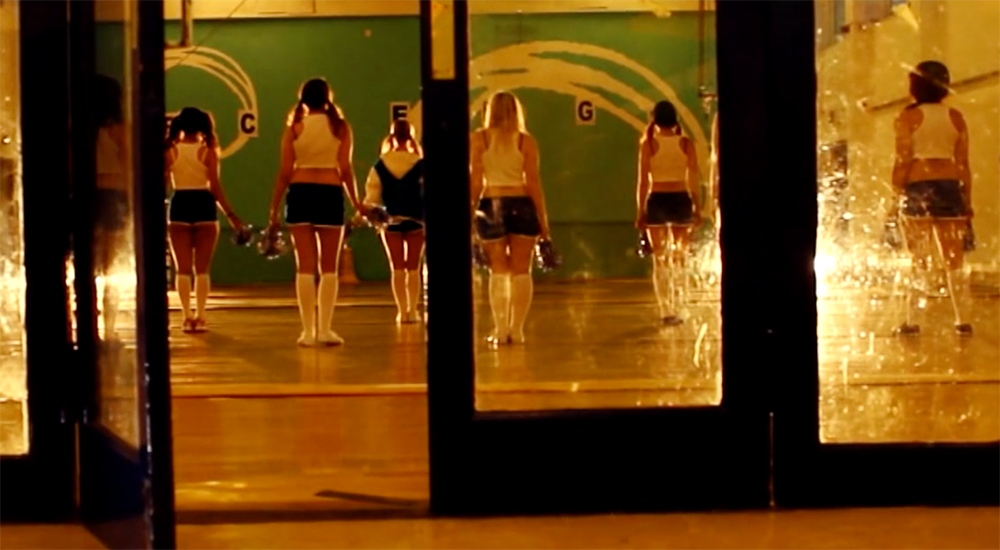 While I don’t feel like Legacy of Thorn is their best film, knowing the company has yet to peak, I do think it’s the backbone of their universe. As the bodies continue to hit the floor, I’m ecstatic to see how the storyline develops and where it’s ultimately headed to.

It all begins one night when Jessica Lawrence (Jade Willis) and a group of her friends are attacked by the unstoppable killer known simply as Thorn (Richard Daniel Thomas Holloran). Four years later, after the death-filled events, we catch up with the survivors of that fateful night who have devised a plan to capture and ultimately dispose of the monstrous killer. But what they soon discover is something that none of them would have ever guessed. 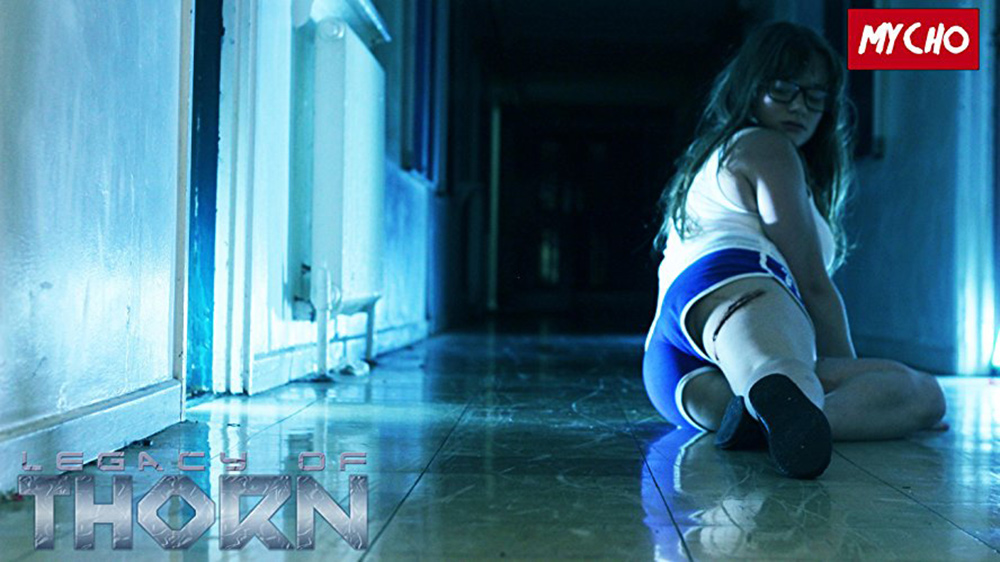 There’s not too much in the way of the script, meaning the plot and storyline were very basic and easy to follow. I think their concept came through clearly though, being it was their real first attempt at an action based horror film (Slasher House was more story and character driven). I feel the dialogue could have also been a tad more precise, yet the film still stands tall in spite of itself.

The character of Thorn is a divine mixture of Jason and Michael Myers, making him easily acceptable and a very likable subject in the sub genre.

Dixon did an exceptional job at stripping Thorn down to the basics and making him animalistic, devoid of human feelings, like a beast in the night. The sound effects accompanying Thorn were characteristic, portraying a heavy and extremely powerful force not to be reckoned with.

The sets were flawless and the cinematography was picture perfect, giving this film the definitive look it was aiming for. The costumes were great. And even though some of the acting was below the tier most would assume capable, for an experimental film such as this, it all seemed to work. What MJ Dixon does best is he’s creating tension filled moments that rip at your core like a famine-punctured wolf.

Dixon is able to generate visually sustaining villains and lasting anomalies with ease — a concept Hollywood appears to struggle with. He’s able to link together not just one slasher, but a multitude in his own connected, perverse universe (a la Stephen King). Also, if you stick around and watch to the very end, as I normally do, after the credits there’s even some added footage the ties into previous and future films. Dixon confidently creates believable and lovable characters, the hallmark of a passionate director.

Legacy of Thorn is a blood packed, kill fest. Insanely intense and indomitable. Infused with badassness. Parallel to the original genre slashers. Non-stop excitement. A joyous romp into the recesses of evil. Clever, gruesome fun.

Really, the only problems I had with this film,were the lack of budget and the muscle suit used for the antagonist. I understand why the muscle suit was used, to convey the transformation from human into the unholy beast hell bent on killing. However, I would have liked to of seen them use a different, larger built actor to play the monster, therefore discarding the suit and making it appear more realistic. Sort of like what they did with Jason in the 2003 Freddy vs. Jason film. 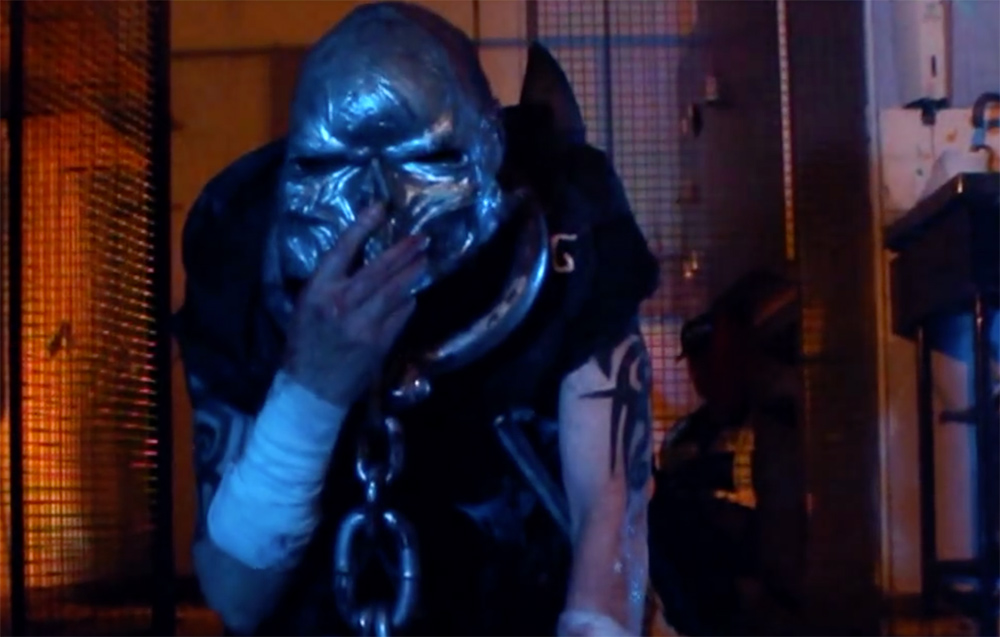 Overall, I give this film 2 out of 3 scratches for its entertainment value and passionate directing.

If you’ve yet to check out Legacy of Thorn, do yourself a favor and give this wonderful addition to the slasher sub genre a view. It’s a great late night nail biter, with a built in snuggle factor. So grab your friends, or that special someone, and verse yourself in the legacy. I promise you won’t be disappointed. Click here to purchase a copy of the DVD from Mycho Entertainment.