In the pantheon of horror royalty, Lin Shaye shines among the brightest, with a storied career that continues to impress.

Scream queen is a common term in the world of horror. Jamie Lee Curtis, Adrienne King, and Neve Campbell are among the leading scream queens of the genre. While many people will picture a younger woman, typically the quiet type who one ups the killer using her smarts, there is one who doesn’t quite fit that bill in the best way. Lin Shaye has been in the business for several decades. Sister of former New Line Cinema head Robert Shaye, she made many cameos in the early films of the studio, including Alone in the Dark, and of course A Nightmare on Elm Street. Over the years however, she came into her own and became a horror legend.

In this list, I will recommend what I feel are her five best roles you should check out. However, if you ever see a horror film with her name attached to it, it will always be worth a watch — if, for nothing else, Shaye’s performance alone. 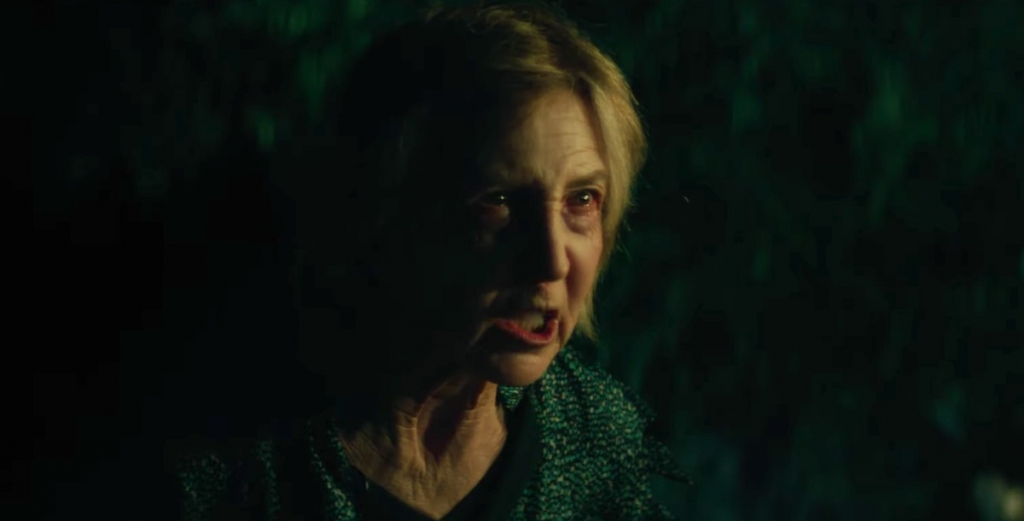 I believe the best horror lies in familiarity; situations we see on screen that may remind us of something we did or witnessed in our youth. As a kid, there were multiple instances where I saw an elderly person in a store, and my young mind instantly started thinking they were an evil witch just waiting until my parents looked away to cast a spell on me. Looking back, it was silly to think such things about a most likely innocent person. But that is the basic premise behind Lin Shaye’s character, Edith Cranston, in The Call. A group of teens make a habit out of tormenting Edith because they believe she is a witch. After she tragically dies, they receive a call from her widower husband played by Tobin Bell inviting him to their house. Soon they realize their mistake, as the spirit of Shaye shows them the true meaning of torment.

Shaye begins the movie making the audience feel sorry for her, garnering pity from us as we see her beg her agitators to leave her at peace. Once her revenge plan begins though, we suddenly forget the poor old lady that started the movie, and instead are introduced to a terrifying demonic presence that Shaye excels in making absolutely mortifying. While not front and center like some of the other films on this list, Shaye remains a shadow over the story that keeps you on edge waiting for her next, grizzly appearance.

The premise of a group of young people accidentally stumbling upon a community of cannibalistic nutjobs isn’t anything new or groundbreaking. In fact, it is a concept that has been done so much, it would take some sort of refreshing twist to make a movie stand out among the others — or in this case, a performance that practically carries the movie on its own. Lin portrays Granny Boone, a hotel owner in the southern town of Pleasant Valley. A town populated with smiling faces, good times, and bloodthirsty cannibals who will slaughter you in the most gruesome ways, all with a slice of southern hospitality. Lin plays Granny Boone with a twisted sense of pride. She is practically giddy while committing terrible murders, and rarely looses her demented smile. When she does get angered, the chills that ran down my spine are the kind that only Lin Shaye can produce.

Lin Shaye is one of two fun, scene stealing performances in this movie, the other being Pleasant Valley’s mayor played by Robert Englund. When these two share the screen together, you are quickly reminded why they are icons to the genre, and really makes you wonder why nobody thought to cast Shaye as some kind of demented bride to Englund’s Freddy Krueger. Shaye is no stranger to the franchise, so you’d think it would be a no brainer. 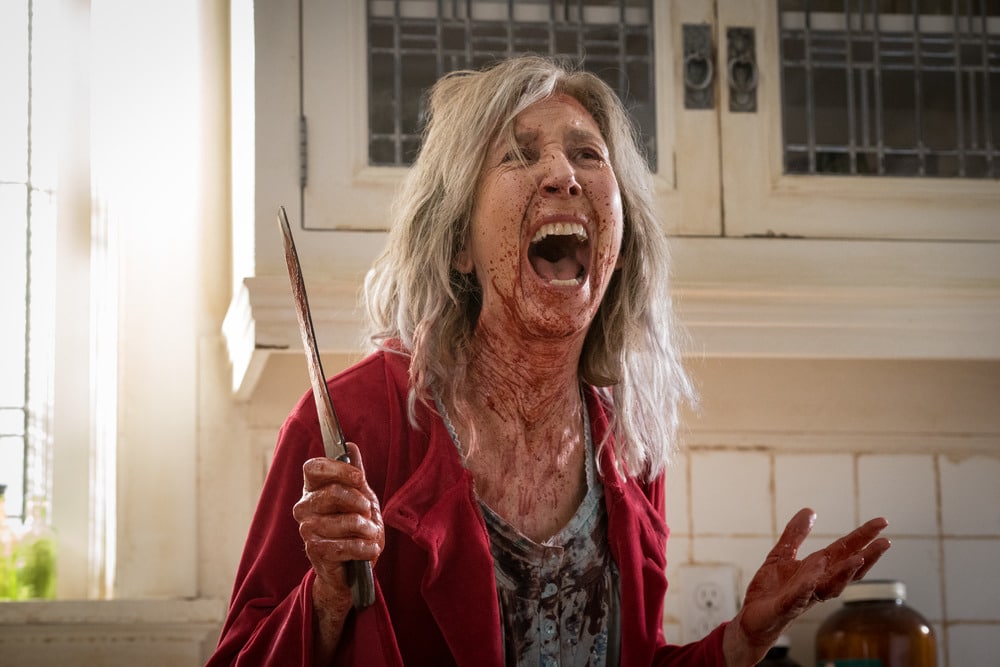 For me, there are types of possessions shown on film that affect me the most, children and the elderly. While there are plenty examples of both, this film has by far my favorite portrayal of the latter played expertly by our dear godmother of horror. Lin plays Faith, a woman who has an unfortunate run in with a malevolent spirit that makes her act absolutely mortifying.

From talking to an unseen “child” to acting unnervingly sinister, all the check marks are ticked. Think Reagan from The Exorcist fully grown and realized… and not anymore pleasant. 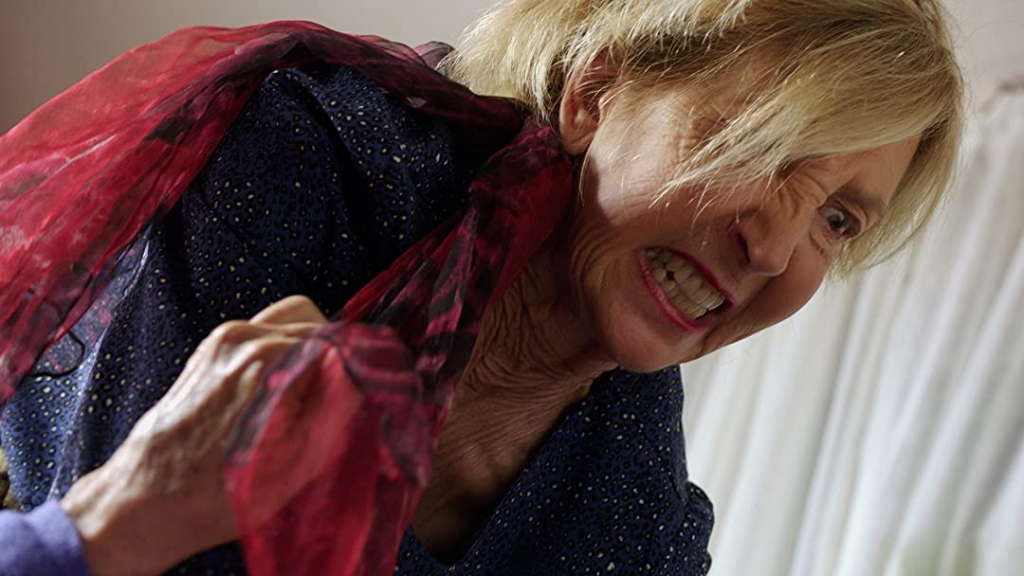 A widower decides to turn her home into a bed and breakfast to help cope with the recent death of her husband. Sounds simple and innocent enough, right? And in most cases you’d be right. That is, unless the widower is an insane lunatic obsessed with one of her tenants and will do anything to make her fantasy life a reality. That is the basic plot of Room for Rent, where Lin gives the most chilling performance of her career in my opinion. She has