Imbued with righteous fury, Lingua Ignota’s ‘All Bitches Die’ (2018 Re-Release) burns with a cleansing fire that leaves you stronger for listening to it. 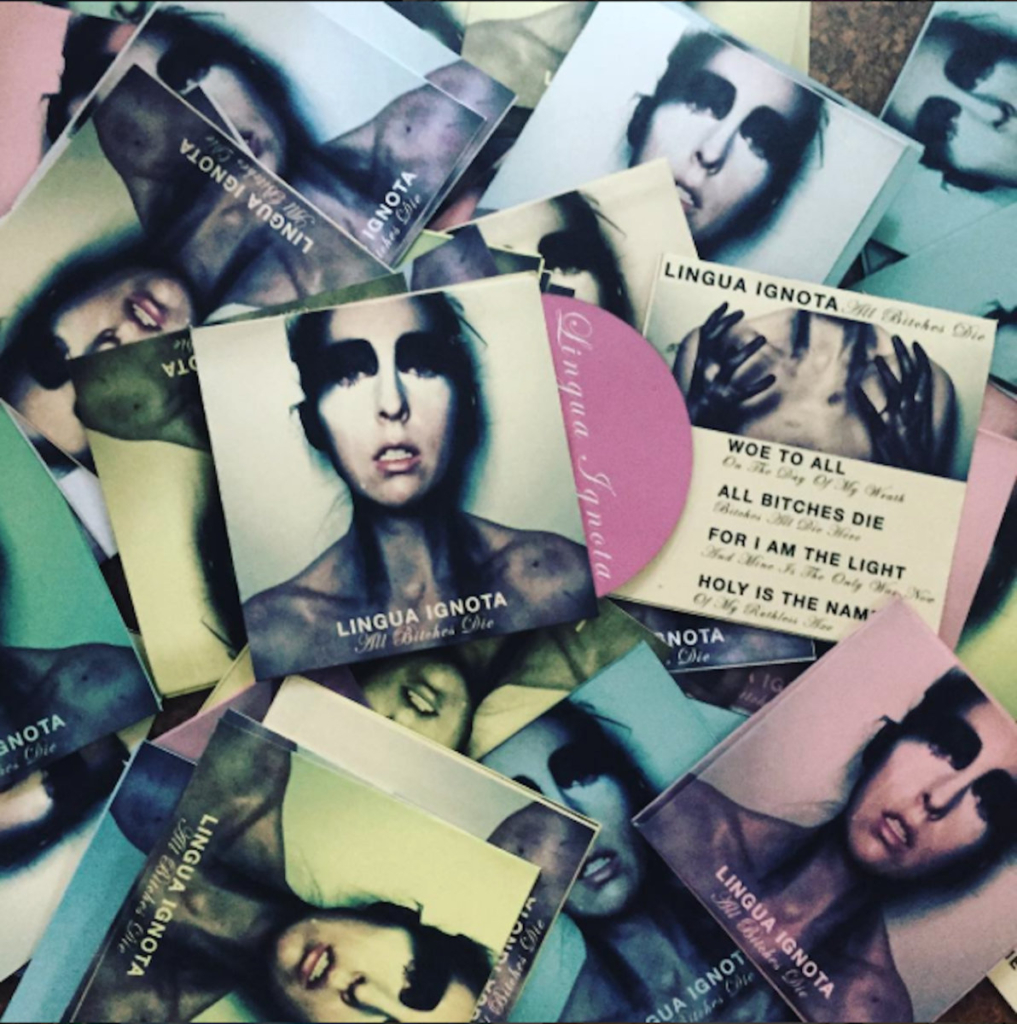 While the chimes that herald the start of ‘All Bitches Die’ might lull you into a sense of security, they’re merely the gentle nudge into the far darker, louder, and stronger depths of this, the latter of two albums released in 2017 by multidisciplinary artist Kristin Hayter under the moniker ‘Lingua Ignota’ (Latin for ‘Unknown Language’).

Re-released with an extra track in June 2018 by the label Profound Lore, the album was crafted entirely by Hayter herself. It is her fury and her power that fuels this album.

Drifting between black and noise metal, with heavy classical influence, the record works heavily with fuzz and distortion to convey the utter scope of what Hayter is singing about. The usual suspects are there of course: piano, guitar, drums. But their tones are made distorted and amplified under their performer’s well-practiced hand and under a lot of editing work. 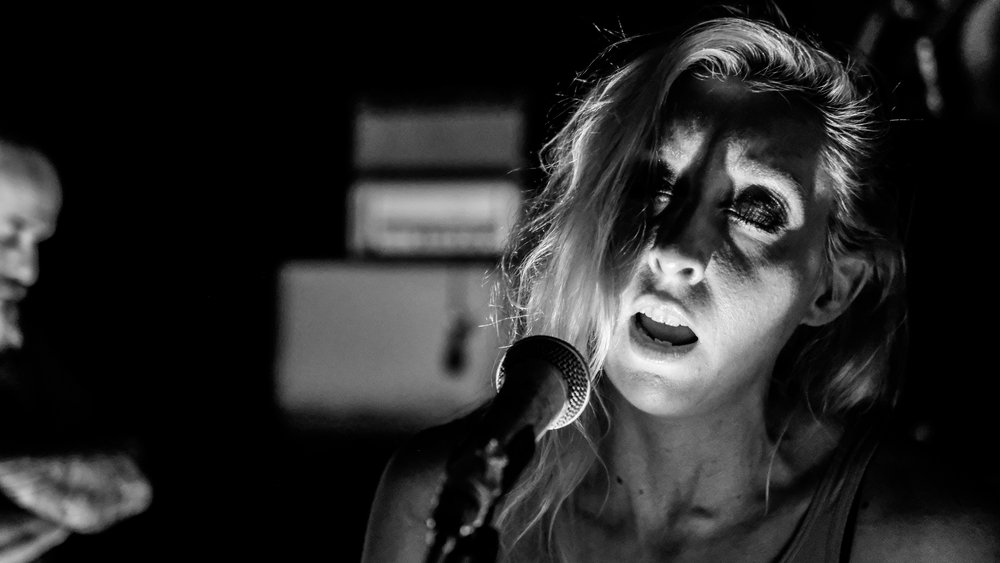 Hayter’s voice, like her instruments, changes frequently throughout the record: sometimes operatic and soaring, other times growling and nestled in sludge. But it is when she uses her vocals to appear as an avenging angel, a vengeful and all-mighty god, that she is at her most magnificent.

This record centers around vengeance, made justified and even holy, in the face of abuse and rape. The lyrics are deeply religious, both pleading for justice from God themselves and presenting the performer as a holy-yet-unholy warrior working towards the destruction of all those who have wronged her.

‘Woe to All (On the Day Of My Wrath)’, the opening track, calls forth thoughts of the seven plagues and the end of the world at the hands of a mighty being who can fell mountains with a single word. Meanwhile, the track ‘All Bitches Die (Bitches All Die Here)’ centers around a dark aftermath of the Rapture intermingled with the memories of a serial killer’s victim. 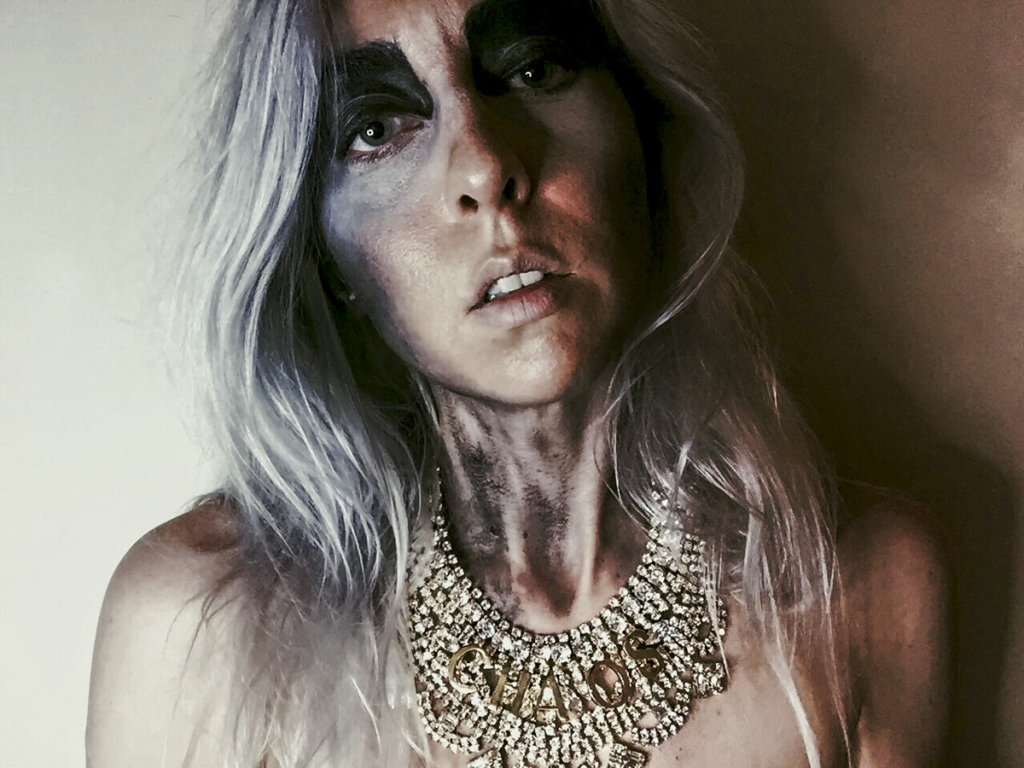 There is even a performance of the hymn ‘All Creatures Great and Small’ in the track ‘For I Am The Light (And Mine Is The Only Way)’, amidst the sounds of a wave of chaos and destruction, suddenly ending with a soundbite from serial killer Aileen Wuornos that leads into the final track ‘Holy Is The Name (Of My Ruthless Axe)’.

The only track on ‘All Bitches Die’ that does not use these lyrical tactics deftly is ‘God Gave Me No Name (No Thing Can Hide From My Flame)’, the track added for the re-release and my least favorite.

Even with this addition, ‘All Bitches Die’ is a tour de force of righteous rage and infinite power, one that razes deep-seeded fields of darkness and evil with a flame that feels cleansing and empowering. It’s a violent and dark record, yes, but one that will leave you stronger and better for listening to it.

Favorite Track: For I Am The Light (And Mine is the Only Way).
Least Favorite: God Gave Me No Name (No Thing Can Hide From My Flame)