Now Hear This: This Is Not A Story About…

Posted by:
Tags:  film history podcast Ted Geoghegan This is Not a Story About Walt Disney

Filmmaker Ted Geoghegan brings his passion for and knowledge of cinema to his new radio program, delivering fascinating film history in unexpected ways. 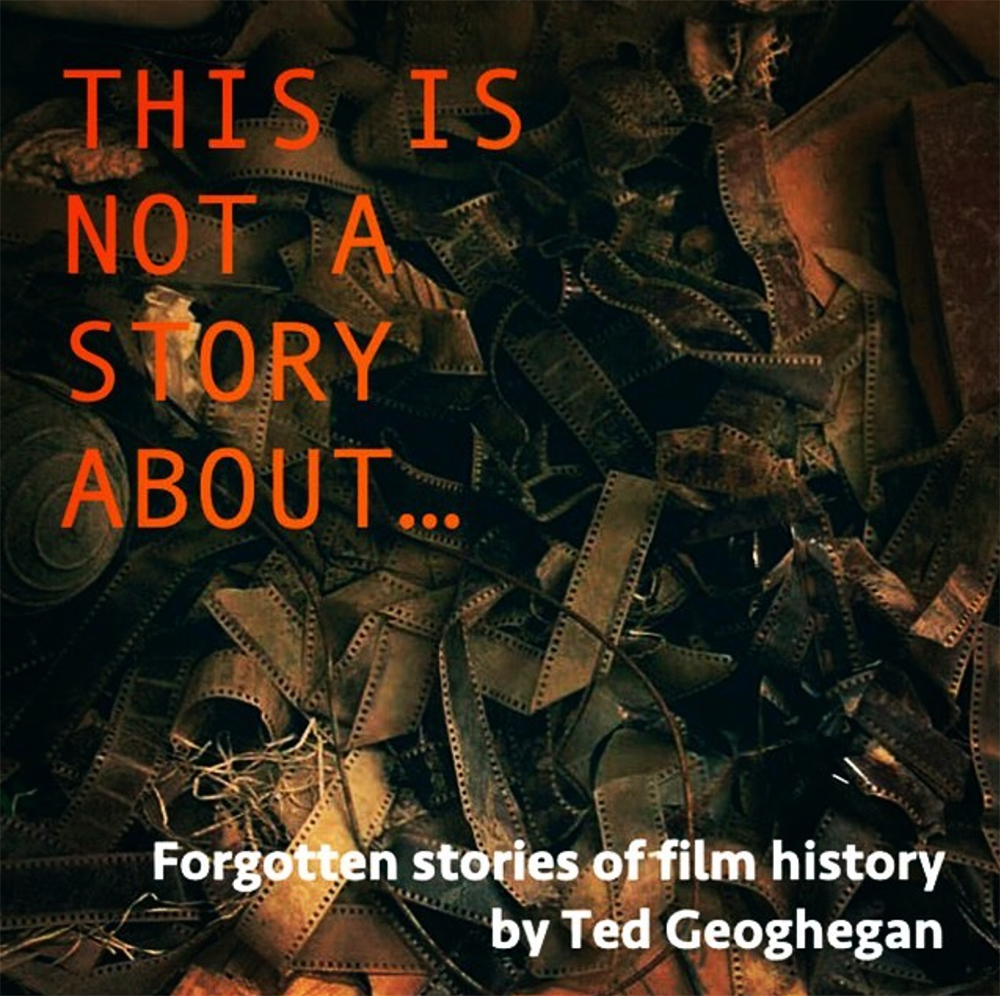 Sure, we are living in uncertain and frightening times. And it’s true that there’s a lot that feels wrong with the world. It often feels like we are characters in a particular nasty horror movie. But there are bright spots, too — rays of sunshine to cut through the darkness and remind us that, now more than ever, it is art that will save the world.

One of the more positive side effects to forced isolation is the way it has slowed down so much of our lives and given us much more time to discover great film, art, and creative endeavors we previously wouldn’t have had time for. That means we’re watching more movies, taking chance on films previously not on our radar, reading more books, and listening to more podcasts.

This gives so many artists who may have gotten a bit lost in the noise the chance to have their voices heard and to cultivate a new fan base. 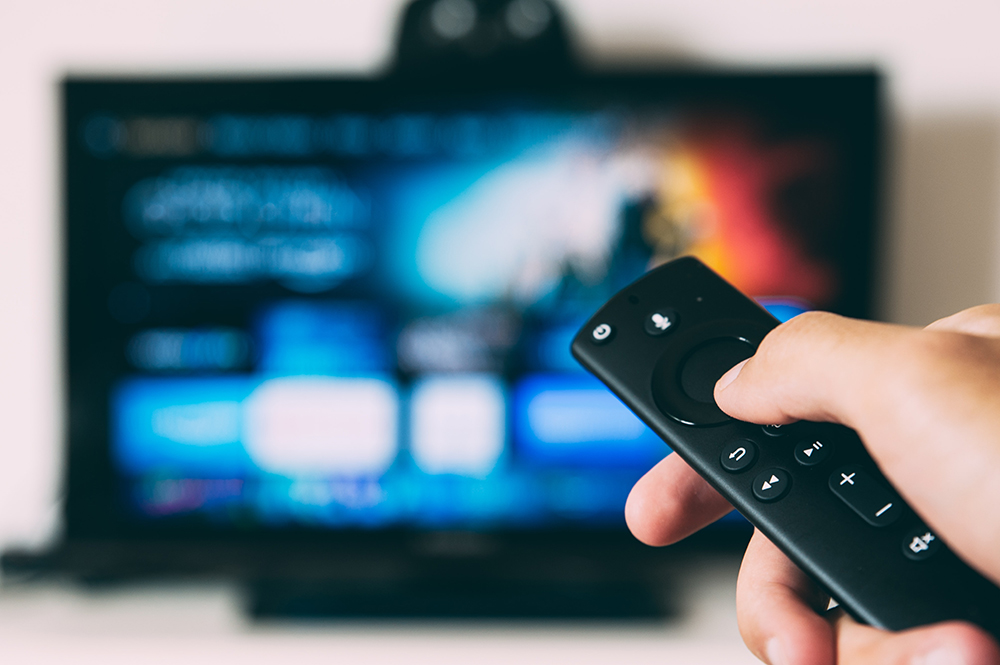 As heartbreaking as the cancellation of major film festivals like SXSW has been to so many — something I in no way want to diminish — out of that regrettable loss has come creative solutions designed to make sure the remarkable work of so many talented filmmakers has a chance to be seen and celebrated.

It was recently announced that Amazon Prime has partnered with SXSW to bring an online version of the well-renowned fest to film fans free of charge. That means, so many movie lovers who would not have been able to attend SXSW in person, even during the best of times, now get the chance to experience the gift of being among the first to see the most talked about indie films and getting to know the most promising up-and-coming filmmakers.

In addition, creators with more time on their hands has resulted in more great art — and more exciting new outlets for talent to flourish. 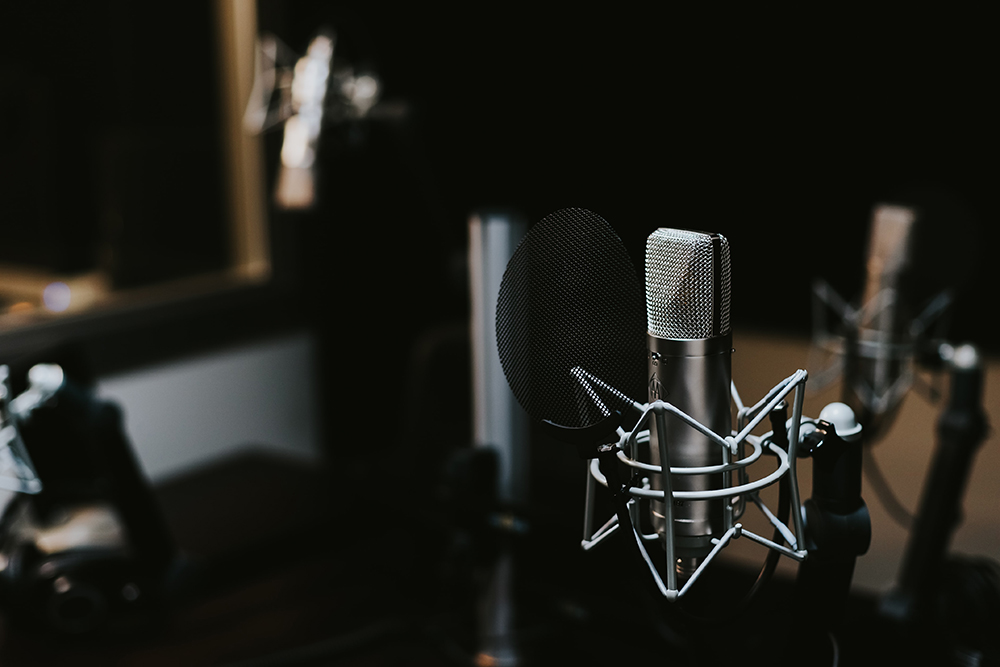 I am loving seeing so many of my favorite artists, musicians, writers and filmmakers exploring new ways to bring more entertainment to fans during this difficult time. And I’m especially loving seeing these talented individuals experimenting with new mediums.

While these gifted artists are busy bringing much needed joy and escapism into the world, I’m spending too much time mindlessly scrolling through Instagram. But sometimes, even a little social distraction can yield positive results. Case in point: I came across a post yesterday from one of my favorite indie filmmakers, Ted Geoghegan (We Are Still Here, Mohawk, writer of Satanic Panic). He was announcing an exciting new venture into the world of podcasting. 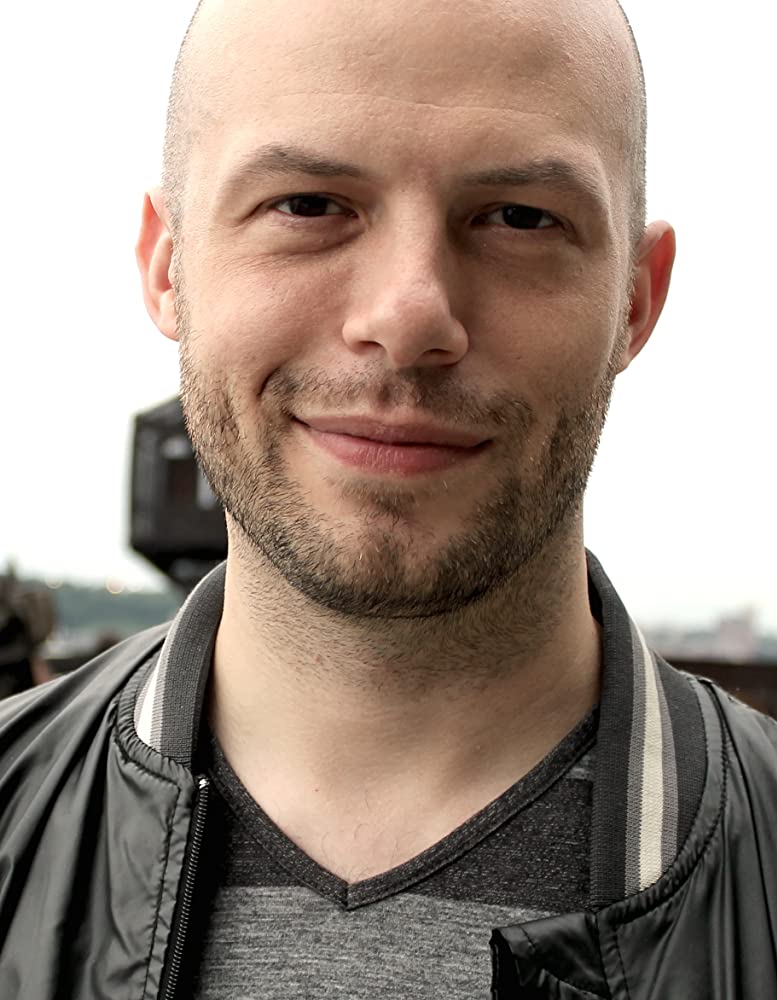 Each episode of the program begins as the story of someone or something in the world of film that cinephiles know very well. However, it transforms into an expertly-researched tale about a new topic: one that may be closely related or worlds away from where the story began.

The first episode begins by introducing you to a young Walt Disney, as he faces the first great success — and heartbreaking setback — of his storied career. We begin right before a bitter disappointment causes him to put pen to paper and begin sketching the key to his eventual kingdom: Mickey Mouse. But this is not a story about Walt Disney or the world’s most famous mouse. It’s not about how an animated character gave birth to an empire. No, this is a story about something else entirely.

You’ll have to listen to find out what this show is really about. But I promise, you’ll feel very lucky for having heard it. 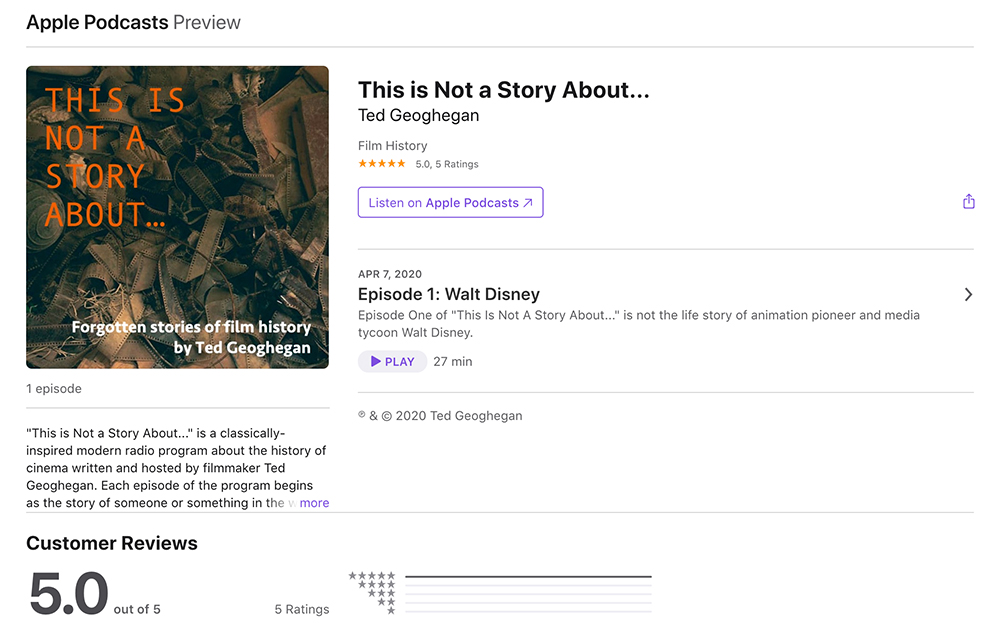 The episodes are short, around half an hour. And judging from the first episode, you can expect content that is informative, engaging, essential listening for cinephiles and history buffs. You can find the show on iTunes, and I strongly encourage you to give it a listen and subscribe. The second episode should drop later this week, and I can’t wait to hear it.

This quarantine may be hell, but the entertainment sure is heavenly.