Now Hear This: “Us” Soundtrack

Michael Abels’s soundtracks never disappoint, and the original motion picture soundtrack from Jordan Peele’s “Us” is definitely no exception. 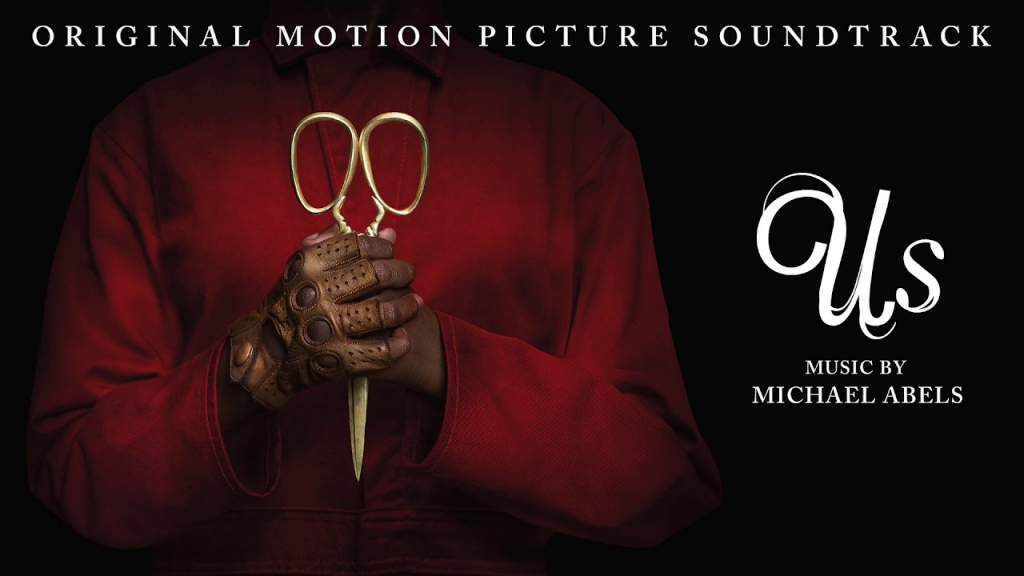 NOTE: This article will contain spoilers for US, because I’m taking into account both the released score and the pop songs played in the movie. If you want to remain unspoiled, either watch the film (which, as of this article’s writing, has recently come out on Blu-ray) or postpone reading this until you’ve seen it.

In early April, I was able to step away from my college work for a few hours and ride to the closest movie theater to go see Jordan Peele’s latest film Us. It was a “kill two birds with one stone” situation: I’d wanted to go see this film since I first saw the trailer on Christmas Day of last year, and it was recommended viewing for a class I’d been taking and adored. So, I settled into the back row with my snacks and prepared myself for an absolute ride.

Us is frequently and unreasonably compared to Jordan Peele’s Oscar-winning previous work Get Out (2017), a comparison that left some filmgoers disappointed. Despite having the same director, the two share few other traits. 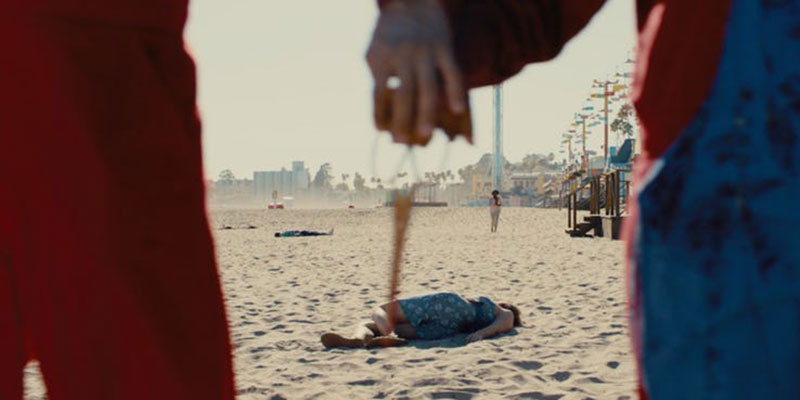 Us carries more of a thriller vibe than its predecessor, and dips more into the concept of class and privilege than Get Out did. It’s a completely different film, just made by the same person.

However, there are some important shared characteristics beyond Peele: narratives written and performed by and for black people (something severely lacking but wonderfully becoming more prevalent as the years roll by), absolutely breath-taking work from the lead actors (if we can campaign for an Oscar nomination for Toni Collette in Hereditary, we absolutely should for Lupita Nyong’o in this), and a stellar soundtrack.

The soundtrack is what caught me by the throat when I first saw this film.

From the Latin chanting in “Anthem” over the credits and slow zoom outwards from the rabbit pens, I was absolutely transfixed. Michael Abels, whose work in Get Out was so exemplary, continues to show his skill on this soundtrack. His work with strings (including the obscure cimbalom) is unparalleled by any horror composer working out there today.

Kudos must also be given to the orchestra and chorus used for the recording of the score. Between the war-like drumming, quick-fire strings, and the nonsense chants of the unseen Tethered, the music accents the rising tensions perfectly and will leave you watching and listening in slack-jawed awe at some points.

While not included on the soundtrack, the more popular songs put into the film were also wonderful. I was pleasantly surprised to hear Janelle Monae’s “I Like That” in the film’s first moments (even if it was for a short time). The repeated usage and eventual remixing of Luniz’s “I Got Five On It” was an interesting and well-done choice, as was the more humorous inclusion of the Beach Boys’s “Good Vibrations” and NWA’s “Fuck Tha Police” in the scene with the Tylers.

It’s fitting, though, that the most outstanding usage of non-score music was in the end as the score had been at the beginning: “Les Fleurs” by the late, great Minnie Riperton layered over the chaining of the Tethered across the nation. Hand-in-hand, free as birds, as Riperton sings of freedom from darkness and the birth of a new age. I’ll be honest: I might have cried a little.

I suppose it goes without saying that I recommend this soundtrack, even without most of the more popular songs from the film (although I do hope, eventually, a second soundtrack is released compiling these songs). Pick it up and listen well. Just be careful that your reflection isn’t bobbing its head to a different rhythm. 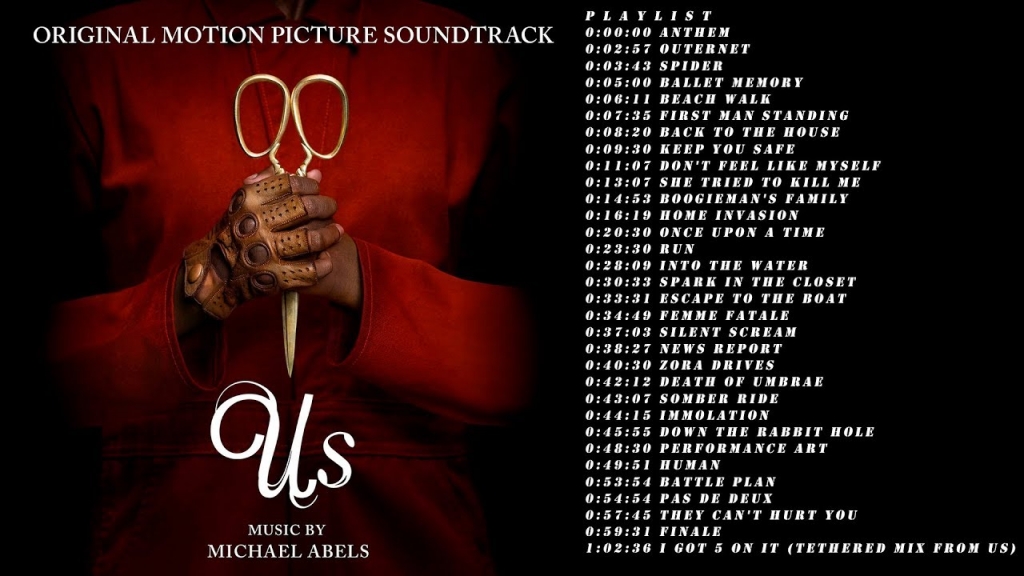