Posted by:
Tags:  High Moon horror I'll Take Your Dead indie horror Room For Rent scary stories Shed of the Dead Starfish Support Indie Film The Convent The Hole in the Ground We Have Always Lived in the Castle

Watching The Last Drive In with Joe Bob Briggs on Shudder had me thinking about which newer films would be on a show like that if there is one 20-30 years from now. On a recent episode, my horror wonderings were answered when The Last Drive In surprised me by showing Deathgasm. The 2015 film from New Zealand was one of my favorites that year and further proved to me that the horror gems we sought out at the video store still exist today. We just need to search a little further down the new digital video aisle to find them.

I’m convinced last month’s STAFF PICK Book of Monsters is one of those gems, and like Deathgasm would fit nicely on a show like The Last Drive In. I wonder if Joe Bob Briggs has seen that one? Let’s see if this month has any future favorites waiting for us as we take our monthly stroll down the video aisle! 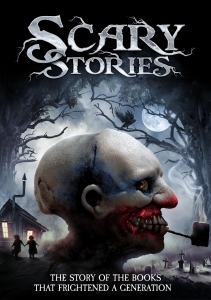 Comprised of several interviews (including R.L. Stine), old news footage, and archived audio interviews of the late author Alvin Schwartz, Scary Stories is a wonderful, nostalgic, and immersive telling of the storied history of the classic children books. Loaded with interesting facts and information, it’s fun watching former teachers and librarians or kids at the time look back discussing the book and actually look at them again for the first time. Part of the fun brilliance of the documentary is the illustrated recreated scenes drawn in the style of the famed artwork in the books as people tell their stories and memories of the books.

Another thing the film does very well is explore and explain the subtle genius behind the seemingly simplistic writing style. It looks at the historical and cultural significance of several stories and the lessons they teach and the cultural and regional context in which they are told. There is a very compelling segment in the film showing footage from the time of parents and people making the case to ban a book. It’s fascinating to watch and the topic is thoroughly explored and given proper time to look at both sides of the argument. Scary Stories is extremely well done and I would definitely recommend it to anybody, but it is especially recommended to anyone with fond memories of the Scary Stories to Tell in the Dark books.

“A documentary about children’s horror classic Scary Stories to Tell in the Dark. It includes the author’s family, scholars, folklorists, artists, and children’s book authors such as R.L. Stine, Q.L. Pearce, and more.”

The Hole in the Ground 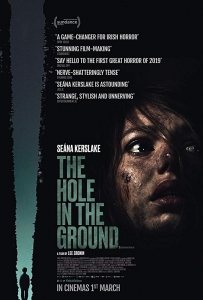 The Hole in the Ground goes from mystery to thriller to all out horror in effective and compelling ways. Seana Kerslake is excellent as Sarah, the mother who feels threatened and invaded in her own home by her changed son. And as strong as she is, James Quinn Markey as her son Christopher gives a chilling performance and definitely gives his mother, as well as viewers, something to fear.

The two are excellent together and some of the scenes are filmed in an absolutely suffocating manner and I caught myself holding my breath a number of times. It’s a maddening situation for a parent to be in, to see your kid as something else…something evil. Who would believe you? It’s automatically a nightmare scenario for Sarah and each scene in this film ratchets up the tension and feels like a noose tightening, the suffocating feeling growing stronger as the film progresses. The Hole in the Ground is a solid horror flick and I recommend it.

“A young mother living in the Irish countryside with her son suspects his increasingly disturbing behavior is linked to a mysterious sinkhole in the forest, and fears he may not be her son at all.” 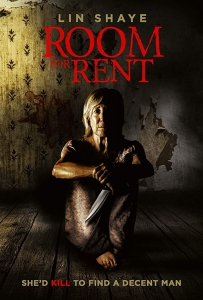 I found Room for Rent to be a really well made film with a script that allows the viewer to spend time with and get to know it’s characters. That’s a key part of the film’s success, and I give a ton of credit to Lin Shay. She really gives this role her all — at once sweet, funny, sympathetic, and ultimately scary. Your heart breaks for her, while at the same time you’re made uncomfortable by her. She successfully anchors the film.

Oliver Rayon and Valeska Miller are great supporting and likeable characters as Bob and Sarah. Besides some untrustworthy narratives from Joyce herself, there’s a lack of explanation about Joyce’s past which I found refreshing. This showed how people can become broken at any time and that made Joyce more scary. With themes and exploration of grief, loneliness, jealousy, relationships, and regrets, Room for Rent is a multi layered story that is highly entertaining and worth checking out.

“Lonely widow Joyce rents out a room in her house and becomes dangerously obsessed with one of her guests.” 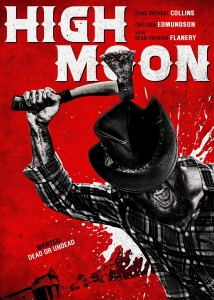 High Moon combines Old West style outlaw tracking with modern day small town police procedural and successfully blends the two different worlds in a seamless and fun way. As Colt, the resurrected gunslinger, looks for his werewolf nemesis, the film also follows Sheriff Hardy on the hunt for what is terrorizing his town. Chad Michael Collins is perfectly steely gazed and stoic as our risen from the dead cowboy hero, with Matthew Tompkins equally so as his modern day counterpart in Sheriff Hardy.

The film features blood spilling, heart ripping, werewolf howling and saloon fighting as well as some comedic, fish out of water moments. Bright, vivid colors give High Moon a glossy comic book appearance that is fitting for its fantastical and supernatural story line. High Moon is an absolute blast and a fun love letter to the Old West, creature features, and detective stories. The filmmakers fully embraced this can’t miss combination in a highly entertaining and fun as hell story. Get your popcorn ready and watch this movie!

“Previously called HOWLERS. A gunfighter from the old west returns from the grave to stop a blood thirsty werewolf motorcycle gang from terrorizing a small town.”

TO BE WATCHED: MORE GREAT HORROR 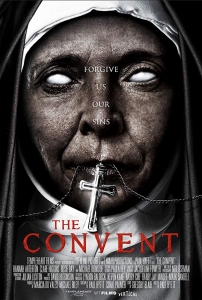 It’s easy to look at the poster for The Convent and think, “been there, done that.” But watching the trailer suggests this film has a cool little twist to add to the evil nun/horror in religion sub genre. In addition, the production value looks stellar — very moody with great atmosphere and costumes.

“During the 17th Century a young woman is saved from execution and led to a priory to repent her sins but discovers a greater evil lies within.” 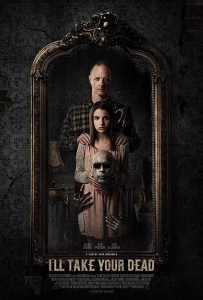 Black Fawn Films is building an impressive library of great looking movies with solid stories, and like The Heretics and Bite before it, I’ll Take Your Dead looks no different. A unique set up sets the stage for what looks to be a tension filled thriller. The X factor here is the young daughter character played by Ava Preston. Her character offers an interesting dynamic to this very adult oriented business and Preston looks solid in the trailer.

“William who has a simple job, he makes dead bodies disappear. His daughter Gloria has become used to rough looking men dropping off corpses and is even convinced that some of them are haunting their house. After a woman’s body is dumped at the house, William realizes she’s not actually dead and holds her against her will until he can figure out what to do with her. When woman’s murderers get word that she’s still alive and make plan to go finish what they started.”

We Have Always Lived in the Castle 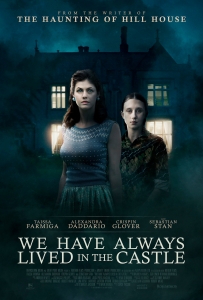 I just love these Gothic horror story films where the old family home works as a character and is seemingly populated by the ghosts of long dead family members. There’s something inherently claustrophobic about that type of story that creates built in tension, and that’s exactly what I feel from this trailer for We Have Always Lived in the Castle. From author Shirley Jackson (The Haunting of Hill House), starring Taissa Farmiga and Sebastian Stan, this seems like a winning formula. The presence of Crispin Glover is a nice bonus.

“Merricat, Constance and their Uncle Julian live in isolation after experiencing a family tragedy six years earlier. When cousin Charles arrives to steal the family fortune, he also threatens a dark secret they’ve been hiding.”

Shed of the Dead 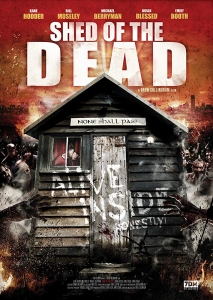 This looks like a wonderful mix of laughs and good old gory zombie violence, the perfect film for a late weekend night to unwind to. It’s fun seeing the nerdy guy in glasses push around Kane Hodder in the trailer. We also get Michael Berryman and Bill Moseley. Shed of the Dead looks likes a good time!

“Trevor spends his days avoiding his overbearing wife by hiding out in his shed and painting figurines for his war games and dreaming of his heroic alter-ego. When Trevor is petitioned to be removed from his disgrace of a plot an argument ensues that leaves him with a corpse to hide. This untimely accident coincides with the zombie apocalypse. More pressing is whether or not Trevor should try and save his wife and her beautiful best friend, who both he and his best friend have a thing for.” 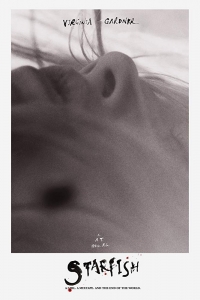 This is my most anticipated film of the month! Starfish looks as beautiful as it does perplexing, and this Michel Gondry-esque trailer has me wanting to lose myself in this world. I love how the film leaves me feeling anxious yet cautious with this trailer. I just can’t wait to see this one.

“A unique, intimate and honest portrayal of a girl grieving for the loss of her best friend. That just happens to take place on the day the world ends as we know it.”