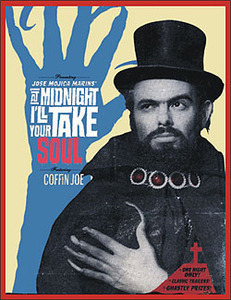 It’s nighttime now.  The temperature is somewhere in the middle 30s.  I open my windows and cover my only lamp with an orange dress shirt (that I really don’t have any other use for).  I caress a certain cardboard spine from my cd library and take out Necrophagia’s 2003 album The Divine Art of Torture, a rabid and merciless slice of horror-worshipping death metal. Coffin Joe gleefully menaces a beautiful, buxom young lass with a skull, a snake, tarantulas, and of course his trademark razor-sharp fingernails.  I have countless metal albums, but I play none of them as loudly as I play this one.  And now I am ready to review the legendary Coffin Joe debut horror movie At Midnight I’ll Take Your Soul.

That’s an awkwardly-worded title, but that may be because it’s translated from another language (Portuguese), and sometimes things get mangled while traveling from one language to another. 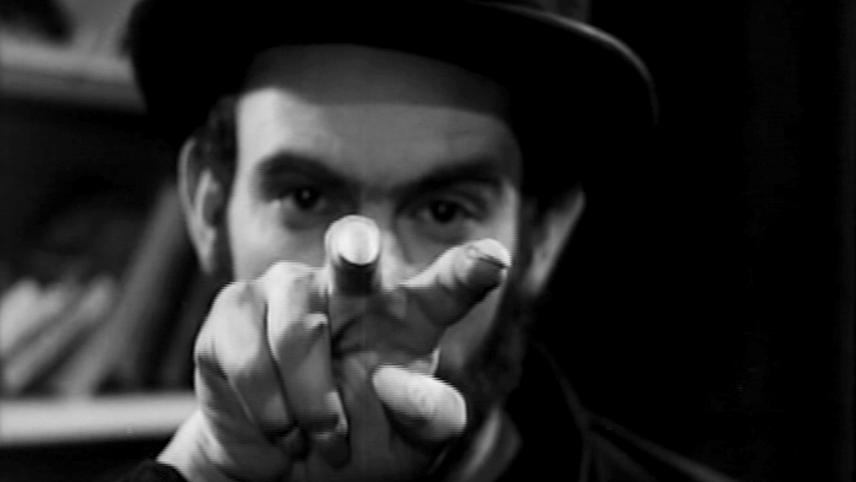 The first horror movie from Brazil, At Midnight I’ll Take Your Soul is the lusciously macabre debut of Coffin Joe, an immoral and ethically bankrupt character obsessed with purifying his bloodline by breeding with the perfect woman.  The women he chooses who fail to live up to this standard are tortured and killed.  Anyone who tries to stop him is also killed.  People who dare to question him or oppose his lifestyle and philosophy are killed.

Oh, dear readers and friends, you have not experienced black and white macabre Halloween horror ecstasy until you’ve seen this beautiful movie.

It isn’t “about” Halloween, but it has a deeply embedded classic Halloween feeling to it. There are graveyard scenes with crudely-animated bats and owls, like construction paper cutouts you used to make in kindergarten. And the black and white picture isn’t a glossy Elephant Man or Ed Wood kind of black and white, but a vision of the simplest color wheel contrasts projected behind a thin cotton haze. Cemeteries look like bone-cluttered voodoo playgrounds. 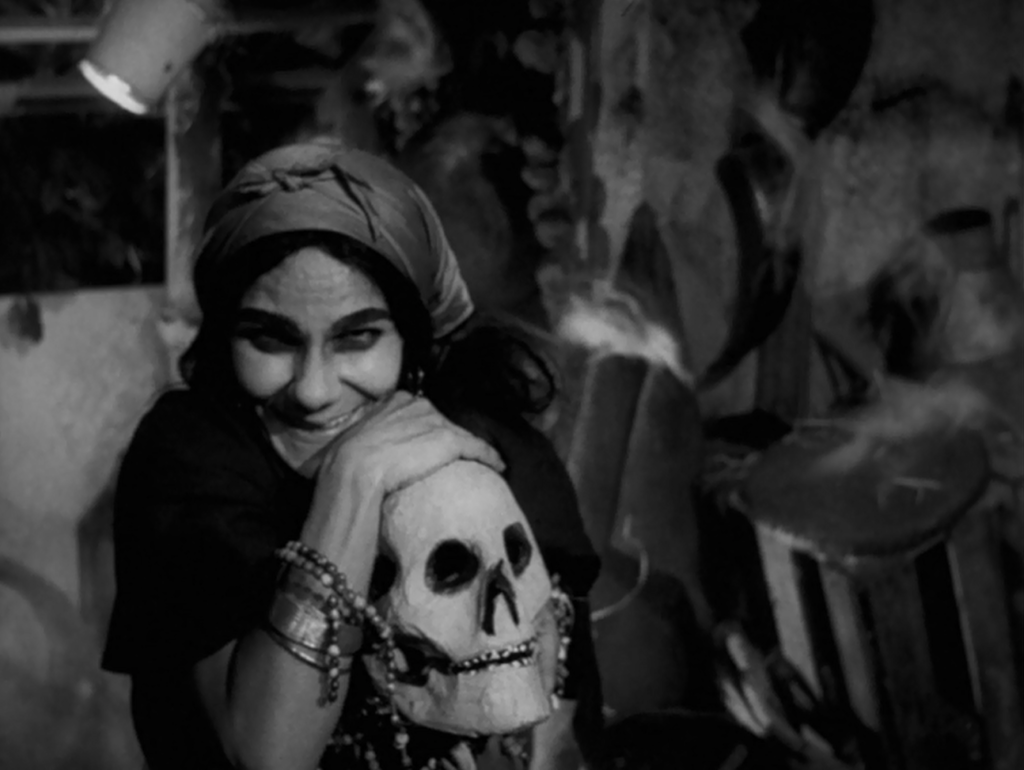 Two brief cuts from the film are included at the end of this review in order to give you a better idea of what it looks and feels like: I want to be certain this film is done justice in this review.

Coffin Joe is very generous with his vocal disgust of all things religious. It’s a breath of fresh air to hear someone talk this. He has lengthy monologues about his dark and superior intellect. His personality is really quite infectious. The great Brazilian morbid mortician, Zé do Caixão! He wears a large top hat, suit, cape, and has fingernails that are several inches long (not makeup, the man that portrays him, José Mojica Marins, actually has fingernails that long)! 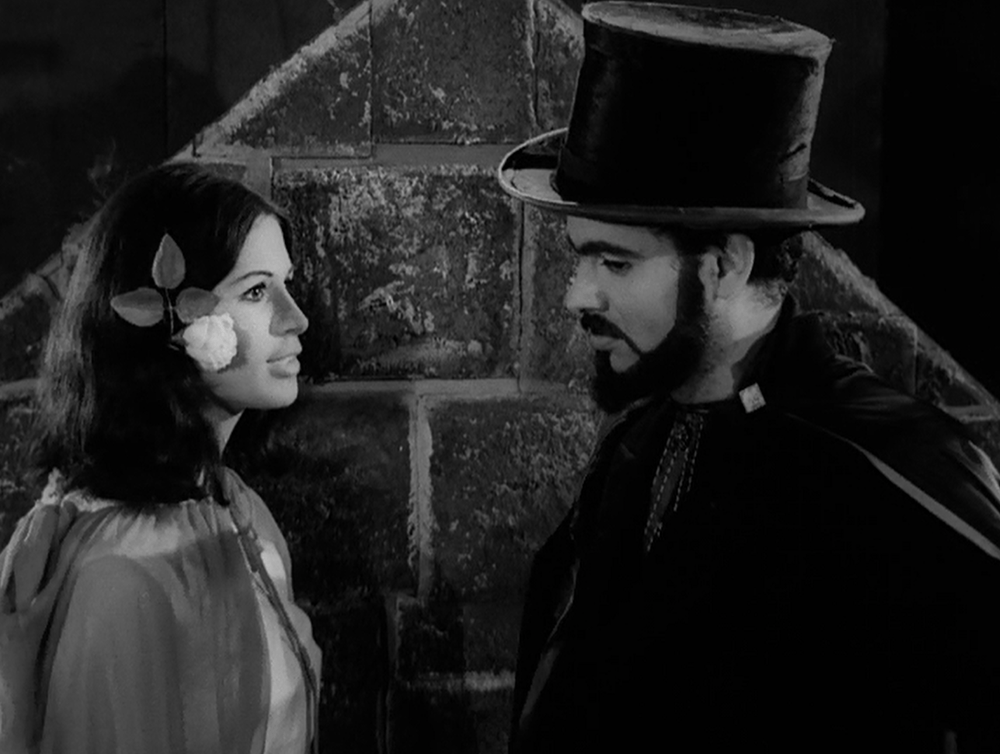 After this 1963 classic oddity, Coffin Joe went on to make and appear in several films. Once they were in color, they gained an experimental psychedelic atmosphere. Color seemed to be a great cinematic discovery for him, because his hellish visions of supernatural torture dungeons burst with color.

But in the beginning it all started with At Midnight I’ll Take Your Soul. It is available on YouTube, so treat yourself to something with a unique Halloween flavor.