Miskatonic Explores the Shadow Over Lovecraft

Exploring Lovecraft’s racist roots, Miskatonic Institute asks a very timely and relevant question: Should we separate the creator from the creation? 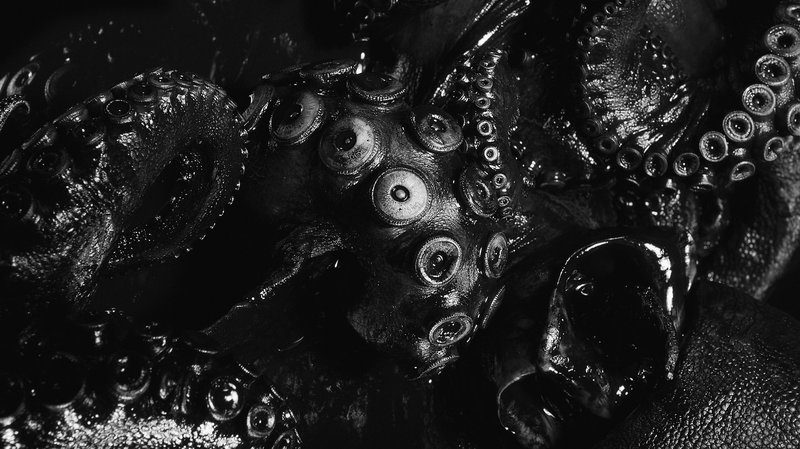 The Miskatonic Institute of Horror Studies is an international educational community through which established horror writers, directors, scholars and curators celebrate horror history and culture with a unique blend of enthusiasm and critical perspective. Fans of H.P. Lovecraft will no doubt recognize the name of the Institute as a nod to the fictional University that appears throughout the work of Lovecraft.

While Lovecraft remains a beloved icon among many horror and gothic literature fans, he’s also a rather controversial figure due to his undeniable racism. 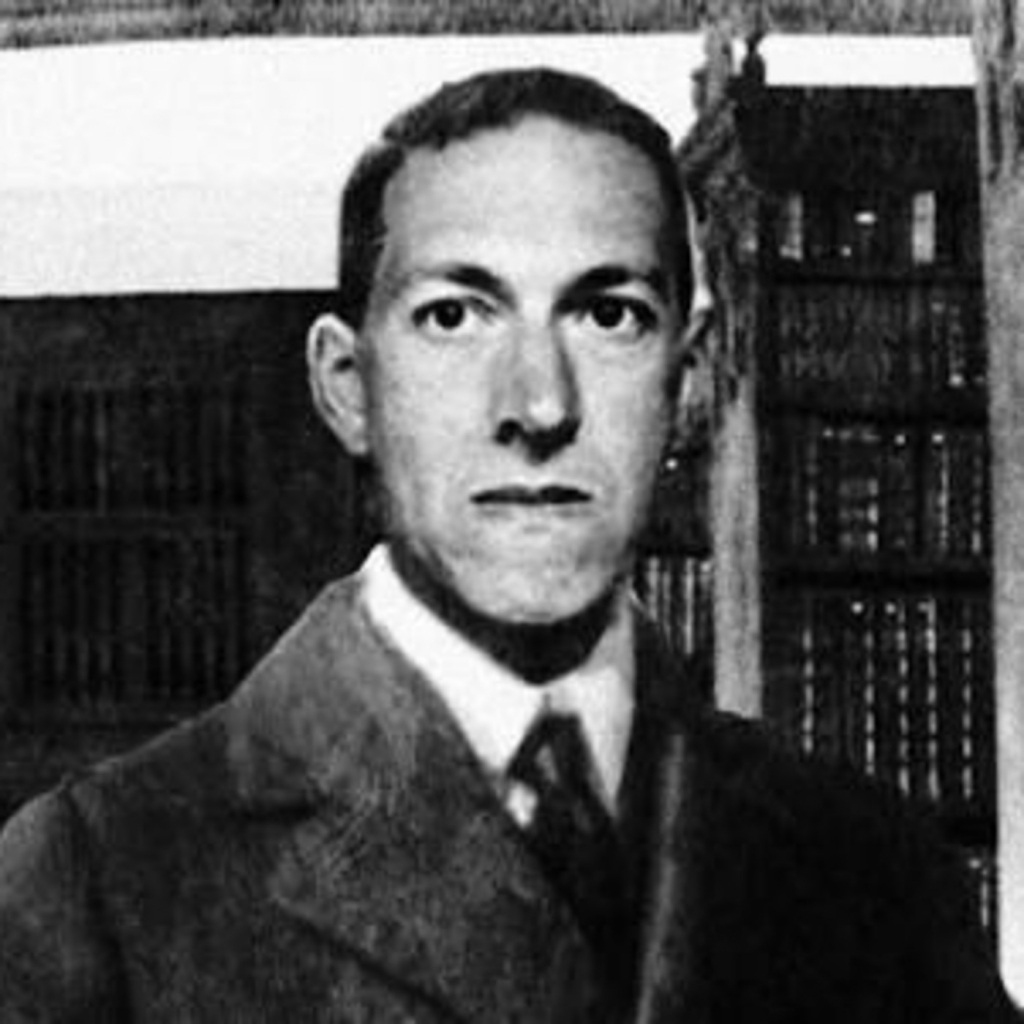 In his earliest years as a writer, H.P. Lovecraft was an outright white supremacist. Later, he supposedly softened into a cultural elitist. Though racism was not uncommon in his day, and some have argued that this excuses his attitudes, his racism and xenophobia was especially vehement — even for his time. These attitudes are directly apparent in his infamous 1912 poem denigrating those of African descent.

The extent of his bigotry is also evident in his journal entries and personal correspondences. And many argue it’s also indirectly discernable through allegorical descriptions of non-human races in his fiction. However, as the latter is clearly open to interpretation and debate, many of his fans have come to the writer’s defense when it comes to this line of questioning. 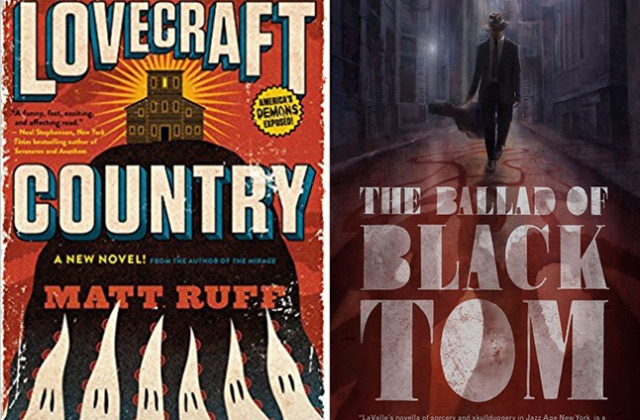 The Horror at Red Hook is often held as Lovecraft’s most racist horror story. Thus, writer Victor LaValle decided to address, revise and reclaim this story in 2016. LaValle’s brilliant, multiple award-winning novella The Ballad of Black Tom reconfigures the perspective of the story to that of African American protagonist Charles Thomas Tester. Locus Magazine praised LaValle for “co-opting Lovecraft’s epic-scale paranoia into the service of a trickster tale.”

The same year saw the release of Matt Ruff’s novel Lovecraft Country – currently in production as an HBO series with Jordan Peele and JJ Abrams. This story  similarly explores issues of race in Lovecraft’s work through its tale of an African American science fiction fan named Atticus Turner. Turner traverses through New England during the heyday of the Jim Crow laws in search of his missing father.

The release of both of these books prompted renewed questioning into the legacy of Lovecraft’s fiction.

A legion of fans and fellow writers have found magic in his Mythos and Cosmic Horror. And Lovecraft’s influence on the strands of horror in literary history cannot be overstated. But does Lovecraft’s racism overshadow his incredible contributions to the field? Should Lovecraft be demoted in the pantheon of horror writers based on his personal ideologies? Subsequently, can people of those races and ethnicities Lovecraft directed hate towards still find value his work?

Tackling the Issue Head On 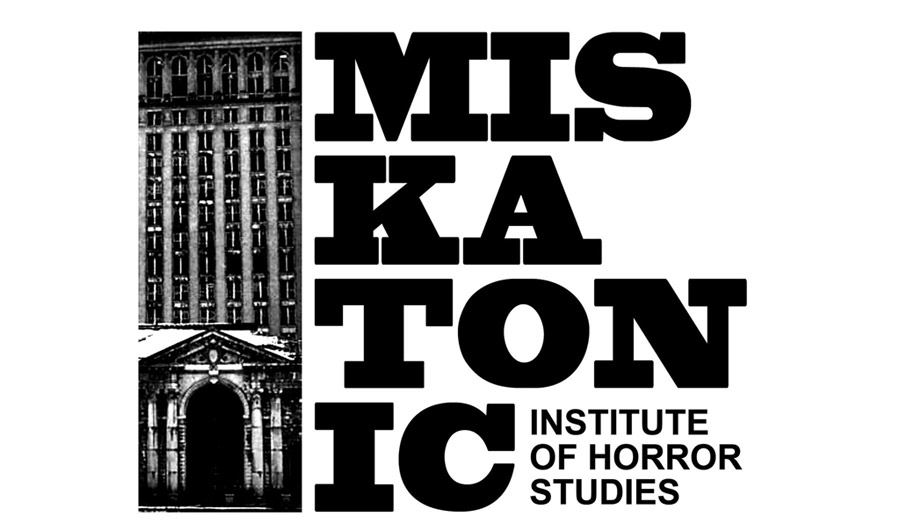 Miskatonic Institute, an extremely worthy and important organization that helps elevate the profile of the genre — proving horror is worth scholarly debate, critique and study — isn’t shying away from this divisive debate. While Miskatonic often gets questioned about its name in light of Lovecraft’s problematic past, it is exploring the complex issue with a few brilliant minds.

The Institute’s New York branch is hosting a Town Hall-style discussion with some experts on the subject. The panel will include Lovecraft scholar Peter H. Cannon and authors Victor LaValle, Matt Ruff and Ruthanna Emrys – whose debut novel Winter Tide (2017) was called “A mythos yarn that totally reverses the polarity on Lovecraft’s xeophobia, so that in the end, the only real monsters are human beings.” The panel will be moderated by author and festival programmer Rodney Perkins.

We are beyond thrilled that one of our newest contributors, Bobby Lisse, will be in attendance at this important event taking place on Tuesday, April 16th from 7-9:30 pm at the Film Noir Cinema (122 Meserole, Greenpoint, Brooklyn).

Tickets are $12 in advance and $15 at the door. A full semester pass to all of Miskatonic Institute’s outstanding programming is just $50. Learn more about this event by visiting the link below. 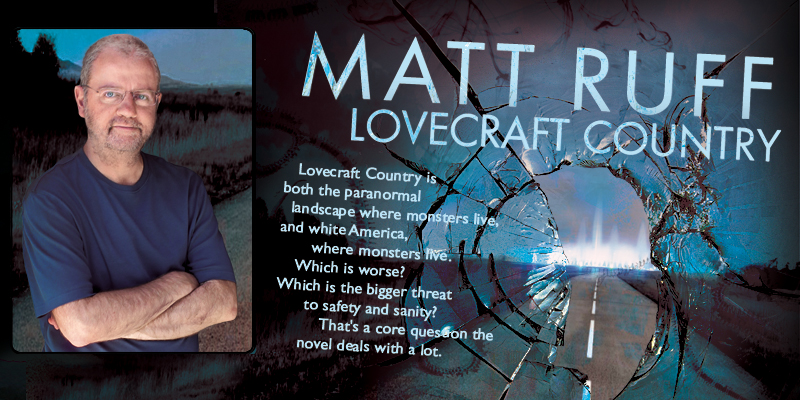 Matt Ruff was born in New York City in 1965. He is the award-winning author of six novels, including Fool on the Hill, Bad Monkeys, Set This House in Order, The Mirage, and Sewer, Gas & Electric. His most recent novel, Lovecraft Country, tells the story of two black families fighting both supernatural horrors and the more mundane terrors of racism in Jim Cro