For the first time, those with a passion for genre studies can join classes from all 3 Miskatonic Institute branches — online, from anywhere in the world. 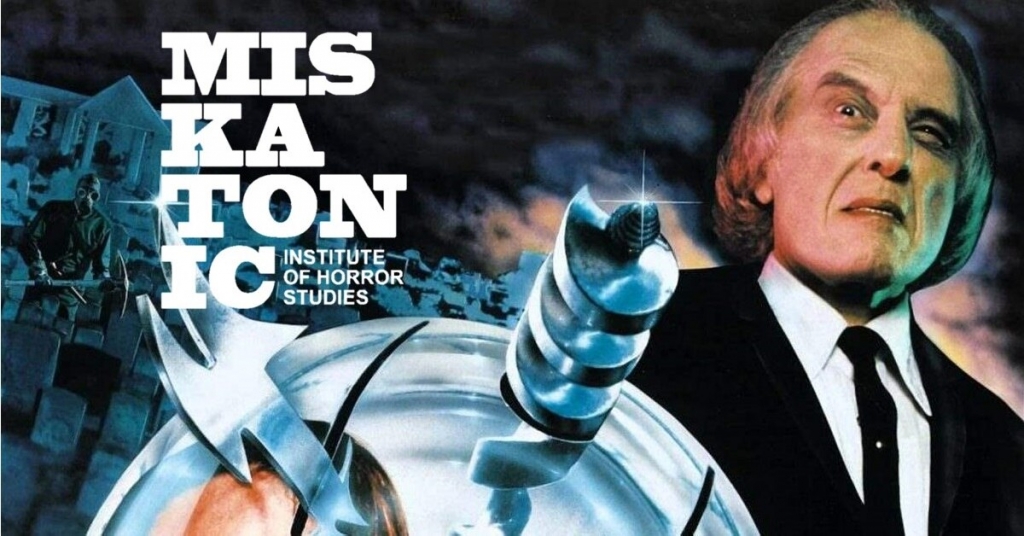 The Miskatonic Institute of Horror Studies is an international educational community through which established horror writers, directors, scholars and curators celebrate horror history and culture with a unique blend of enthusiasm and critical perspective.

Named for the fictional university in H.P. Lovecraft’s literary mythos, the Institute — the longest-running educational organization of its kind dedicated to genre studies — has offered undergraduate-level history, theory and production-based masterclasses at each of its three branches in London, New York, and Los Angeles since its founding by renowned film writer and programmer Kier-La Janisse in March of 2010.

Miskatonic recently announced its impressive Fall 2020 lineup of classes, led by some of the genre world’s most renowned critical, literary and filmmaking luminaries. However, for the first time in the Institute’s history, these classes are being held online instead of in person at one of the branch locations.

That presents an extraordinary, unprecedented opportunity for genre fans and scholars to take advantage of the Institute’s comprehensive educational offering, rather than being limited by geography. 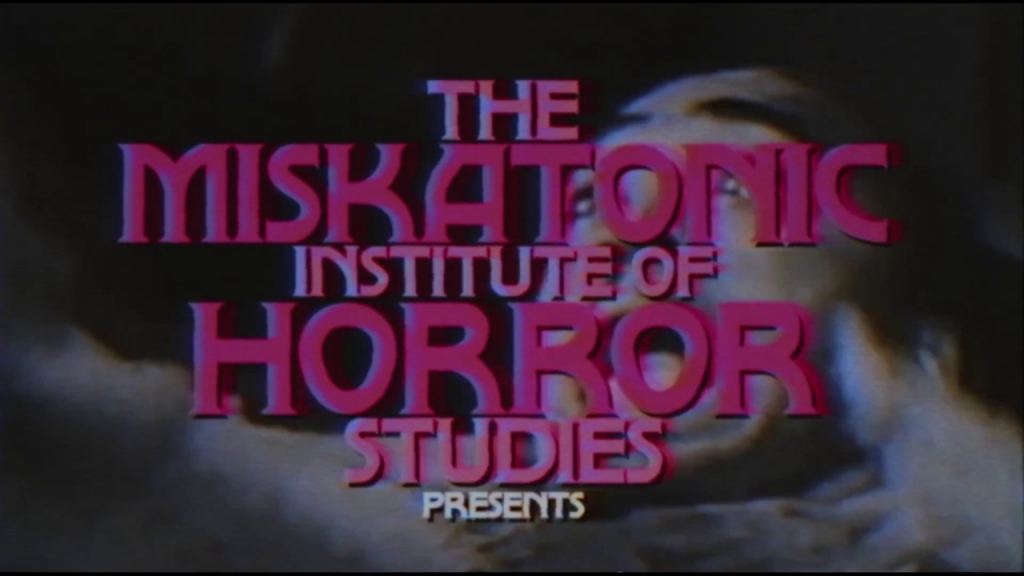 As a result of this temporary format change, Miskatonic is offering their first-ever GLOBAL PASS, for a very limited time.

Now through Wednesday, September 16th at 7pm UK time, you can purchase a $75 Global Pass and receive access to ALL classes from each of the three branches.

That’s a 12-class semester pass that includes all monthly classes curated by Miskatonic London, LA and NYC and available to watch worldwide. (Note, each class takes places live, in its local timezone, and recorded archives will not be available.)

Anyone who has already purchased a pass to one or two of the local branches can upgrade to a Global Pass for a reduced fee during this limited window.

Event passes can be purchased here on Eventbrite.

From the registration page, you can also view the complete semester schedule, which includes discussions on the psychology of horror with actor and filmmaker Andy Nyman, Spanish horror, giallos, scoring horror films, horror and comedy, queer horror, and so much more. 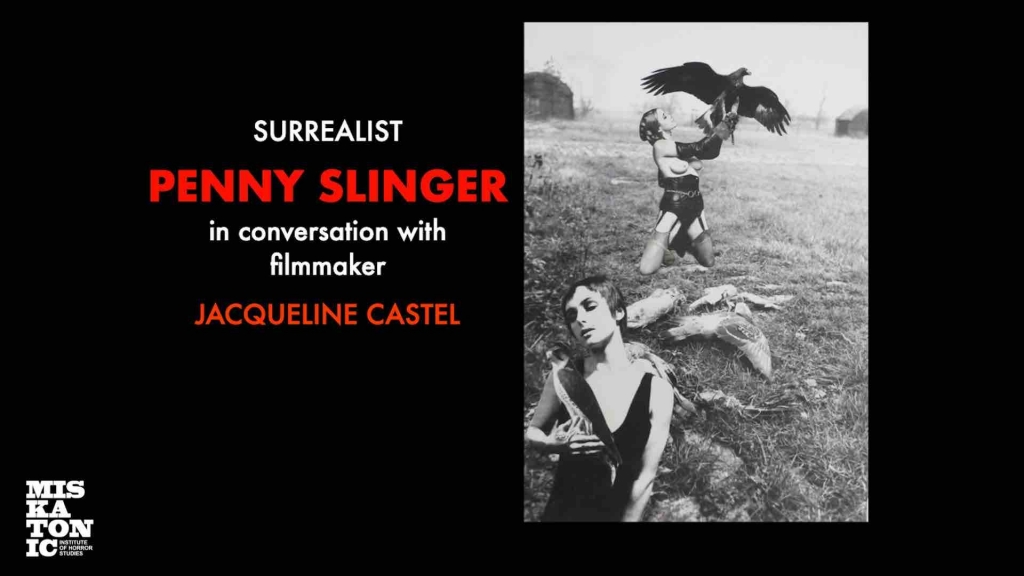 If you’d like to experience the high quality, engaging, thought-provoking type of content the Institute offers before signing up, you can watch a free archived class online now.

In 1969 Slinger created her student thesis on the collage art of Max Ernst, which was a combination of written text, film and original collage work.

“Having discovered the magic of surrealism,” she later wrote, “I wanted to employ its tools and methods to create a language for the feminine psyche to express itself. The kind of language that dove into the subconscious for images and wantonly combined them into situations and relationships that were both confrontational and expressive.”

It was the beginning of an artistic identity that, while always evolving, frequently addressed themes of interior space, body horror, female sexuality and psychosis. 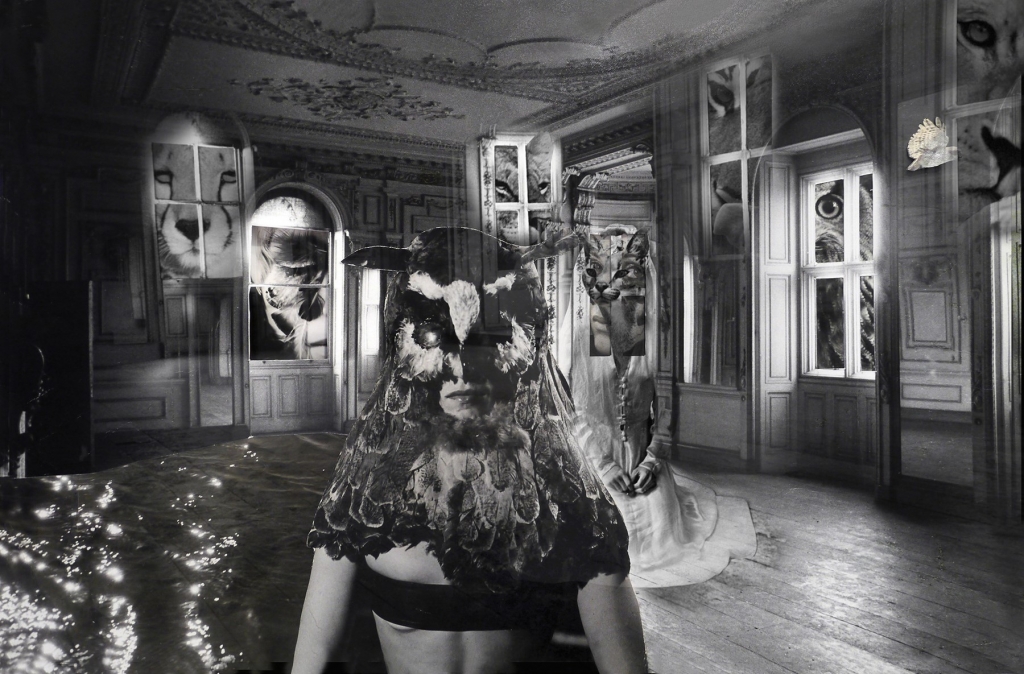 Penny’s work – from with her early student short films and first book of collage art, 50% The Visible Woman to her collaborations with filmmakers Peter Whitehead (LILFORD HALL, 1969) and Jane Arden’s Holocaust Theatre troupe (culminating in the feature film THE OTHER SIDE OF THE UNDERNEATH, 1972), and her masterpiece of psychic trauma, the collage art book An Exorcism (1977) – was the spark for a new mode of surrealism focused on the female experience that would have ripples throughout the film and art worlds.

Unfortunately, it would take many years for her pioneering influence to be acknowledged – something that has recently been rectified with Richard Kovitch’s illuminating documentary PENNY SLINGER – OUT OF THE SHADOWS, which is available on VOD in North America now, at the links below: