A bonafide horror classic, Scream is a self-aware love letter to the genre — a beloved and hugely influential slasher staple considered essential viewing. 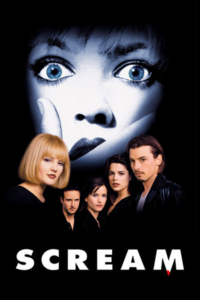 Wes Craven’s revitalization of the slasher genre was one of the most important films for the horror genre to date. Scream is a refreshing blend of comedy, well executed gore, and a self-awareness that would warrant countless imitations and inspire future filmmakers.

Still wounded with the emotional trauma of losing her mother to a violent crime, Sidney Prescott and her group of friends are shocked to learn that one of their classmates has been murdered. From then on, a media frenzy swarms their high school and more of their neighbors and friends are slashed apart by the ominous Ghostface until his identity is revealed and Sidney must step up to the plate to end the savage spree.

Sidney Prescott (Neve Campbell) stars as the toughest final girl in the business, as she must face off with Ghostface throughout the entirety of the film and throughout the franchise. Her greasy boyfriend Billy (Skeet Ulrich) effortlessly slides between heartthrob and scapegoat. The best friend and fresh mouthed Tatum (Rose McGowan) provides Sidney with the support she desperately needs and enough tongue and cheek to keep her antagonists at bay. The delectably weird Stu (Matthew Lillard) gives a memorable performance as the token goofball and partier of the bunch. Jamie Kennedy stars as Randy, every horror fan’s spirit animal, as he is the voice of reason and the reciter of “horror movie rules” in Scream.

To many fans, the appeal of Scream comes from the blatant love of the genre represented in the film.

Characters like Randy are one aspect of that, but the very script is a love letter. Within the first few minutes, the poor Casey Becker (Drew Barrymore) is on the phone talking about her favorite scary movie and being riddled with horror trivia. Sidney complains about the dumbest horror tropes and ironically goes through with them herself. The delightful Freddy cameo via Wes Craven comes to mind as well. It’s aware of the quirks and the kinks, but it’s also aware that it’s those very things that make it so enjoyable.

Though the kill count is low for a typical slasher, the quality is what counts. Ghostface’s weapon of choice is an intimidatingly wielded knife that cuts through its victims like butter, and that knife does some work. Stabbings and disembowelments are galore, with plenty of vivid red blood to tantalize you through the TV screen.

There are also a few unique kills, some of which are still fondly remembered on countdowns for coolest kills. Ghostface isn’t the only one doing damage either; Sidney Prescott became one of the most resilient and brave leads in a horror franchise to date. Her role as a strong female that fought back against the attacker instead of crumbling to him also changed the game for “final girls” in future genre projects. 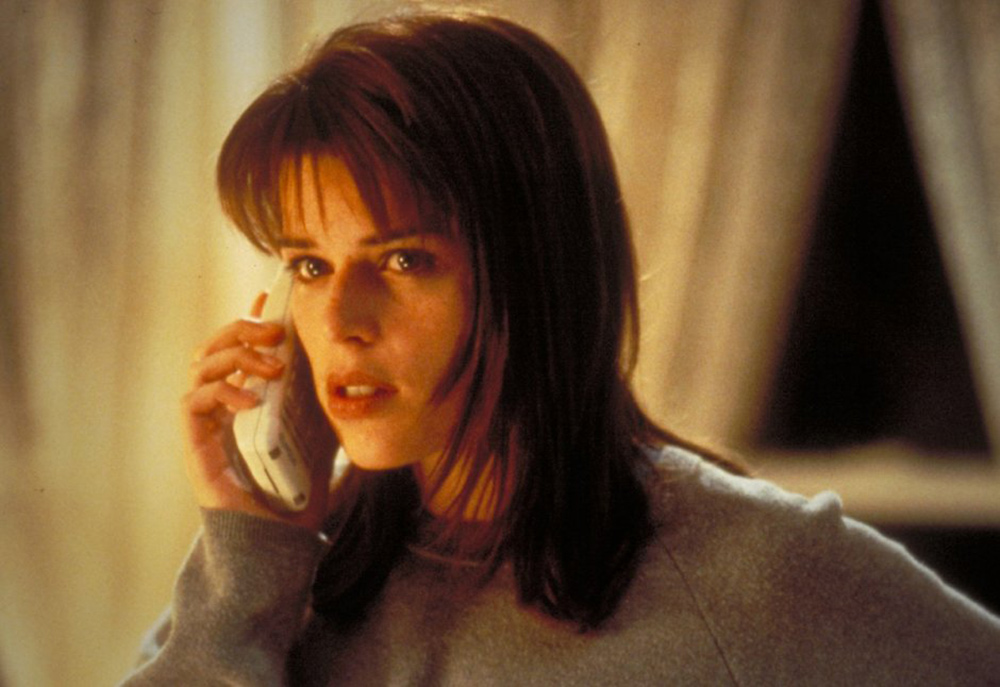 If you had the pleasure of watching this in theaters back in 1996, you were surprised to find out that it wasn’t a horror movie that bored you. It had a solid story and a mystery element to it that made you pay attention and kept you discussing your picks for the bad guy under your breath with your friends. The reveal was historical and downright fun for fans to revel in. Again, more horror movie references ensued to the last moments.

Scream can be watched by diehard fans or just casual cinephiles.

It offers horror hounds a timeless classic that is ultra-quotable and even more fun with a drinking game or two. Those who don’t like horror or have never witnessed this Craven gem, keep an open mind. It’s satirical in a sense, so you may find solace when it points out its own ridiculousness. You’re also guaranteed to learn a handful about the genre that might come in handy at your next trivia night.

There’s bound to be a character of two that you can connect with, whether it be the gang of kids or the foul tempered Gale Weathers (Courtney Cox) or the bashful and brave Deputy Dewey (David Arquette). If anything, you can watch the two actors fall in love onscreen, as they got together after meeting on this set. 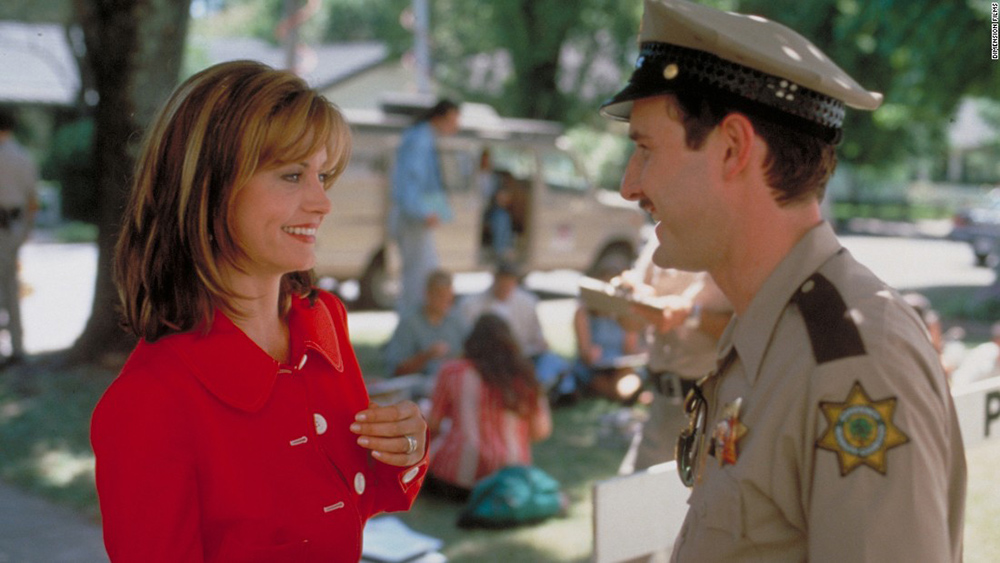 Regardless of who is watching, Scream demands a witness. The jokes land, the blood spatters, and the action is hard to stray from. Today’s films owe a debt to this Renaissance movie and endless thanks must go to those involved with it. There’ll never be another movie quite like it that captures the essence of this first installment; not even the imitators, the parodies, or the sequels.

Fit for Halloween marathons or a Wednesday night in, Scream hit the mark- right on the chest.