Have you ever wondered why you root for people to die in movies or why you laugh hysterically when you see someone’s head explode? Why does society love watching this stuff? Why do horror fans constantly demand MORE BLOOD? Inquiring minds want to know!

In the upcoming documentary MORE BLOOD, director Heidi Moore explores this phenomenon and tries to get a better understanding of why so many horror fans revel in buckets of blood, lovingly embrace the sick and the twisted, and go gaga over gruesome gore. While hardcore horror junkies often get looked down upon or judged by “polite” society, Heidi hopes to let gore hounds know that they are not alone. She’ll show why genre fans shouldn’t feel bad for craving onscreen carnage or delighting in the depraved. 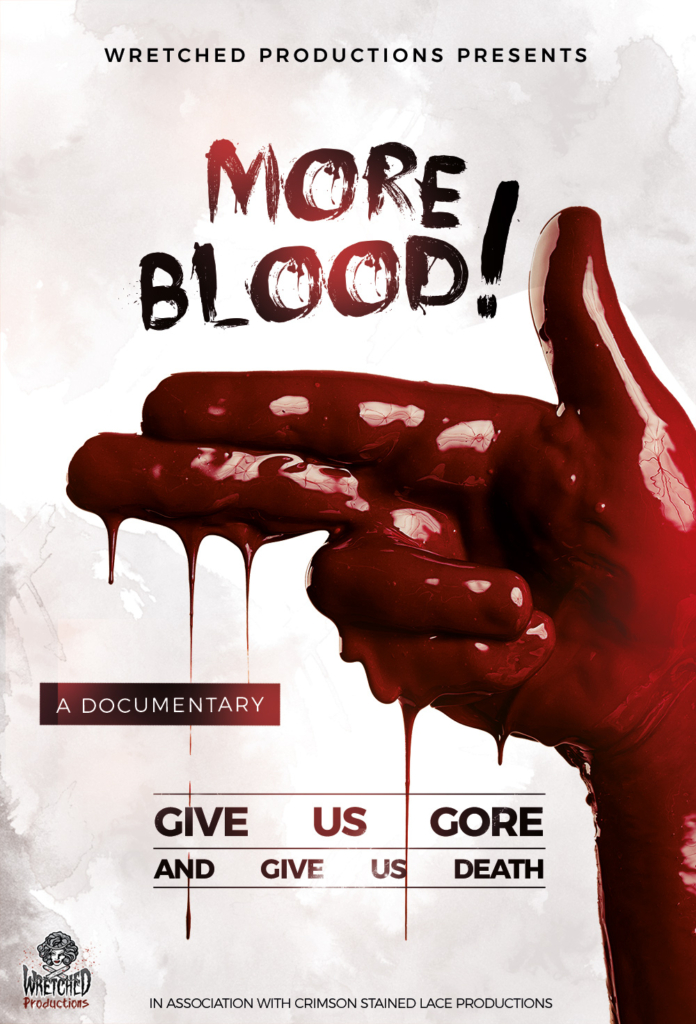 “Director Lady” Heidi Moore is the wonderfully twisted creative force behind Wretched Productions, an independent film company specializing in genre films, Horror, and beyond. Heidi take special interest in the strange and unusual — having been influenced by B-movies as a child — along with all of the amazing characters that surround her in the “real world.” Her debut feature film, the horror comedy Dolly Deadly, was widely considered one of the best indie horror releases of 2016 and definitely one of our personal favorites.

Heidi talks about the inspiration behind her new film, MORE BLOOD, which is being produced by Wretched Productions in association with Crimson Stained Lace Productions.

On Valentine’s Day I watched NEKROMANTIK in a full theater. Everyone was laughing like crazy during the most disgusting parts, and it got me thinking…why do we love this stuff? That night I decided I wanted to make a documentary addressing this subject. Are we demented or is it just innocent fun?

The film is currently slated for a Winter 2017 release. You can keep up with all the latest news and updates at the MORE BLOOD Official Facebook page: https://www.facebook.com/moreblooddoc/.