The concept is intriguing, but “Escape the Field” doesn’t do enough to keep from getting lost in a field of more compelling content. 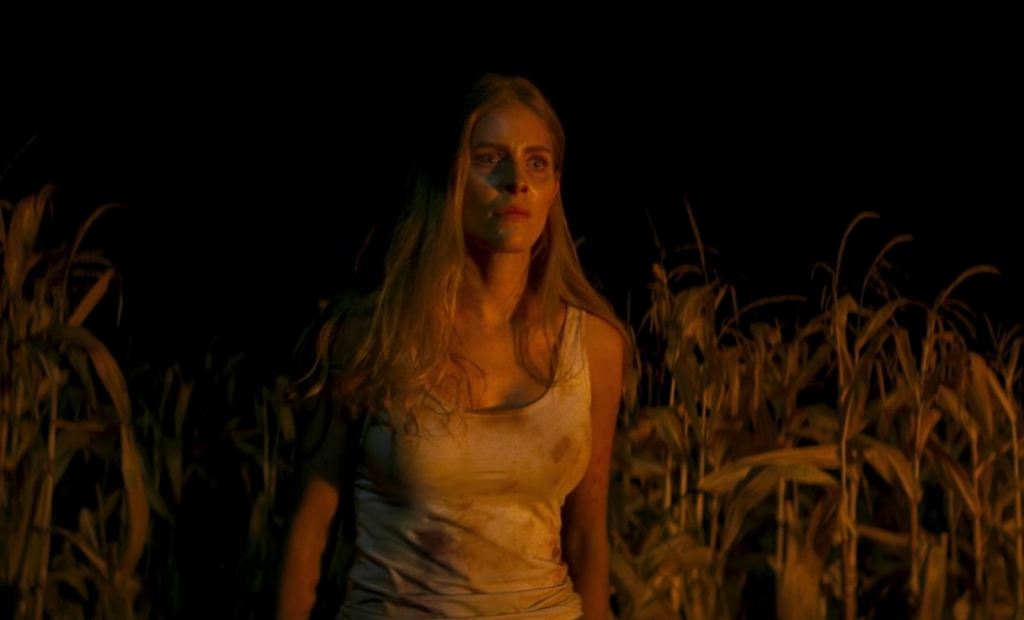 It is not unusual to set a horror movie in a cornfield, and audiences tend to enjoy Escape Room stories. So, there is nothing wrong with the premise of Escape the Field. Still, it is odd that it is not the first movie about being lost in a mysterious cornfield to come out in the past few years.

This is not a knock against Escape the Field; movies — and stories in general -—have been borrowing from each other forever. But when two similar films are released so close to each other, it becomes impossible not to compare them.

Thankfully, this 2022 thriller immediately differentiates itself from 2019’s In The Tall Grass.

The premise may be out there — six strangers wake up in a cornfield with no clue how they got there, and each one is in possession of a different seemingly random item — but it takes a much more grounded approach. There is an element of mystery, but the real focus is on the puzzles.

Unfortunately, this is where things start to fall apart. 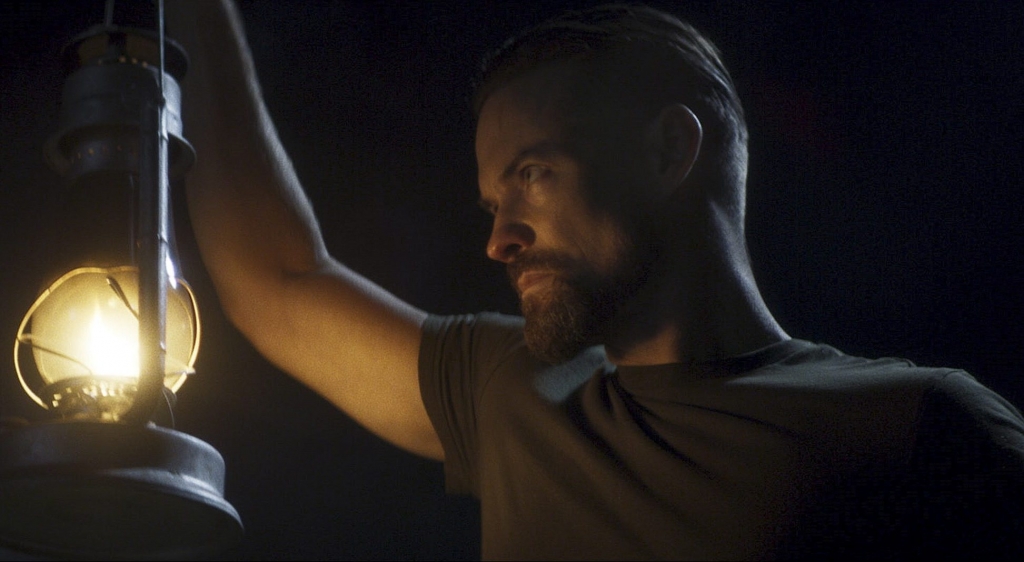 Escape the Field opens with two characters understandably unsure whether to trust each other.

It is a running theme that is never adequately explored. The characters are inconsistent and work with or against each other depending on what the plot needs.

Unsurprisingly, this makes it impossible to get behind any of them.

Sam (Jordan Claire Robbins) is the only one Escape the Field gives any meaningful screen time. Even then, there is nothing that truly defines her. The only thing that separates her from fellow captive Ryan (Shane West) is her end goal. She just wants to escape, and he wants to capture and possibly kill whatever is responsible for all of them being there.

Ensemble casts can be tricky since there is always the risk of people getting lost in the shuffle.

The difference here is the characters never even get the chance to become forgotten. Some are barely caricatures while others are not given enough to feel fully fleshed out.

The film would have been better served focusing on one character.

Oddly, as weak as the group is, the characters somehow manage to become annoying. Whether it is their inability to stay together or the overall odd decision-making, the six are hard to watch.

Escape the Field never tries to be a character study, but the lack of strong characters works against the overall mystery.

This means the film has to rely on its puzzles. (There are also traps, but they are just holes dug in the ground.) The actual puzzles would be fine except everything relies on maps that the audience cannot decipher. This leads to a number of scenes where the characters are reciting what they see. There is never an “a-ha” moment for anyone watching.

Despite all this, the film manages to remain watchable as background viewing.

ESCAPE THE FIELD does not ask much of viewers and is never aggressively bad. It does just enough to keep people watching but never works at getting them engaged.

You can catch Escape the Field in select theaters, on digital, and on-demand beginning May 6, 2022.