The ultimate popcorn slasher returns to theaters for another chance to make you “Scream” and reward horror nerds who know all the rules. 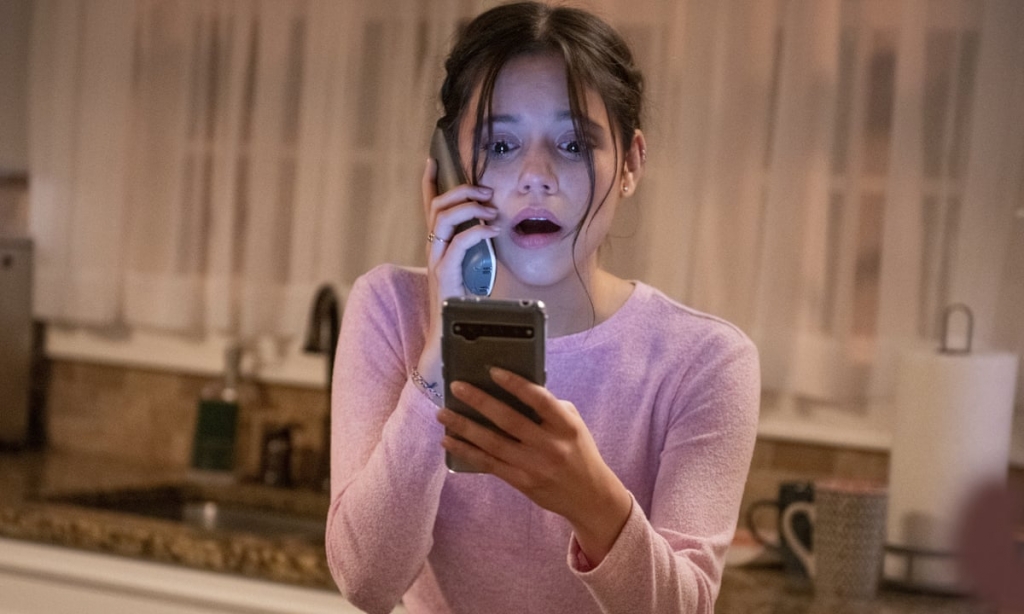 SPOILER ALERT
Note this review may contain minor spoilers for a film currently showing in theaters.

You know how the movie starts. A big house on a dark road. A young, attractive woman goes about her evening without the slightest idea that she’s being watched, that her night is about to reach a terrifying high. The phone rings. And the rest, as fate would have it, is anything but silent.

When the original Scream came out in 1996, this opening sequence became iconic overnight. Drew Barrymore’s deadly game of trivia became an archetype for how to open an effective slasher film. Engaging, frightening, and brutal, the murder of Casey Becker launched a franchise so delightfully self-aware, audiences still can’t get enough twenty-five years later.

After Scream 4 dropped ten years ago, I would have guessed these movies had reached their proper denouement. Yet here we are.

Scream is back to amuse and entertain for another generation. Ghostface is as clever as ever, now taking fanboy/girl pleasure in bringing our central trio back to Woodsboro with a killing spree to rival the original bloodbath. The killer (or killers) wants to make what’s referred to as a “re-quel”, a sequel that is both a restart and a continuation.

And boy I do I have to say, our knife happy slasher nailed it.

This is the Scream movie we both needed and deserved in a new landscape of genre filmmaking.

In this era of what’s known as ‘elevated horror’, wasn’t it only inevitable that Ghostface would throw his hat into the ring? Shame on me for thinking he was gone.

I’ve got to say, the Scream sequels have an amazing ability to stand alone. I remember watching the third one before the second and was shocked that barely anything in that movie is spoiled by the following one (save for the death of one character). After you watch the original, you could watch them out of order and still be able to enjoy them all on their own.

This is more than likely unintentional, but to the benefit of the franchise, as so many slashers get so wrapped up in their (often convoluted) continuities that it’s easy to get a little lost (Friday, Elm Street and Halloween could never be watched in this way).

The new Scream is no different and stands alone so well you could very easily consider it a direct sequel to the original.

Smartly, we’re introduced to new faces before the main cast bleeds back into the story. 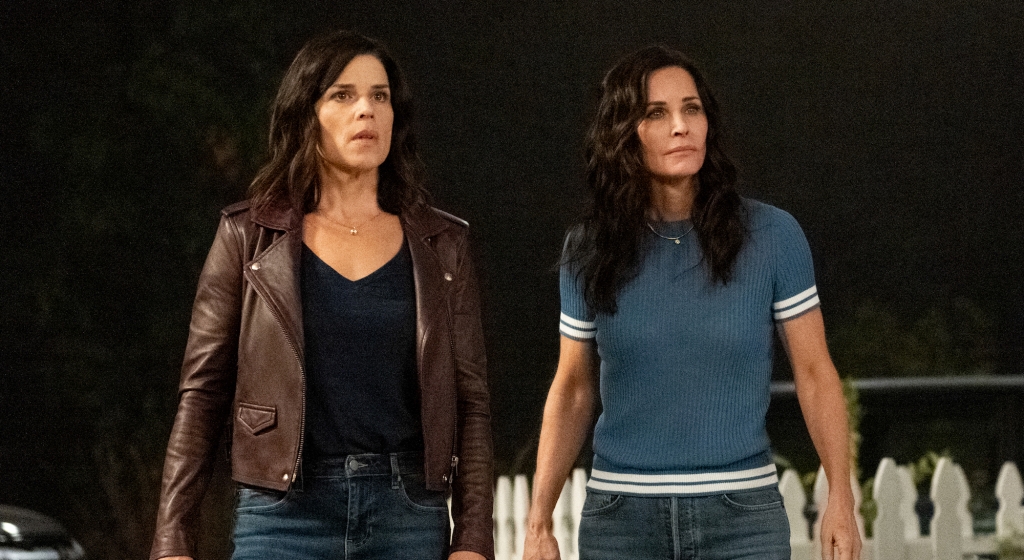 Sisters Sam and Tara are our leads (played by Melissa Barrera and Jenna Ortega), while Sam’s boyfriend Richie (Jack Quaid of The Boys fame) and several new characters who are related to the original group fill out the supporting cast. Then (drum roll, please), Sid, Gale, and Dewey make their entrances and collectively roll their eyes at the prospect of a new murder spree. They’re used to this shit, but they got this. They’ve already survived their fair share of horror movies.

Returning stars Neve Campbell, Courtney Cox and David Arquette slide effortlessly back into their classic roles, almost like they haven’t been gone all this time. It’s a real treat to see the band back together.

From that point forward, just as you’d expect, it’s all about who’s doing the killing and why.

However, some serious credit is due for making this one feel fresh and new instead of more ‘going through the motions’ BS. The reveal of a surprising family lineage, a well-maintained sense of distrust, and a truly shocking death throws a wrench into your expectations. This Scream really ain’t fucking around.

You would think the absence of franchise mainstays Wes Craven and Kevin Williamson at the helm would make this one skippable. 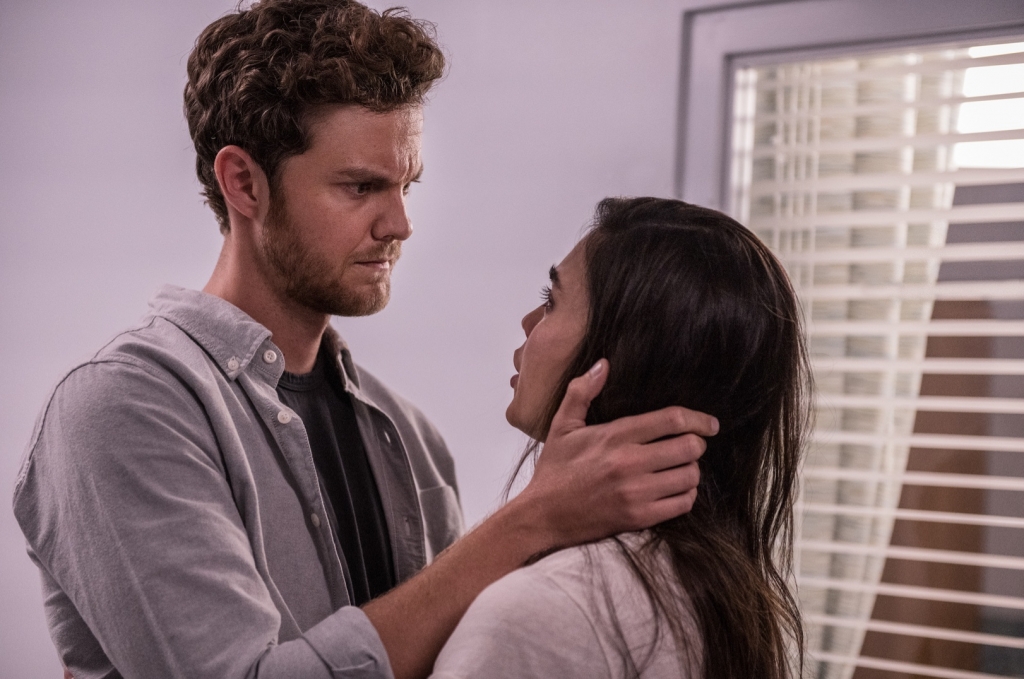 Wes’ unfortunate death of a brain tumor in 2015 seemed to mark the end of Scream as a film franchise.

At the time, a television adaptation was airing on MTV, and it managed to be interesting enough that it felt like the new home of Ghostface. Then the series was unfortunately canceled after its second season, and things were dormant for a bit. A miniseries revival came not long after, subtitled Resurrection. That one’s best summed up with the word: Meh.

Fortunately, the Horror Gods made the gears turn, and we’ve been blessed with a sequel made by real horror auteurs. Directors Matt Bettinelli-Olpin and Tyler Gillett are clearly fans trying to make a movie worthy of Wes and Kevin’s legacy (While Kevin is not writing the script this time, he does return as executive producer and gives it his stamp of approval). Hot off the success of 2019’s Ready or Not, our directors respect what came before but are also trying to put their own stamp on the material.

There’s very little downtime, things move briskly, and much like the original, everything builds up to a final confrontation at a gathering between all our characters.

It works pretty well, and the last act is just as surprising and crazy as it was in 1996. 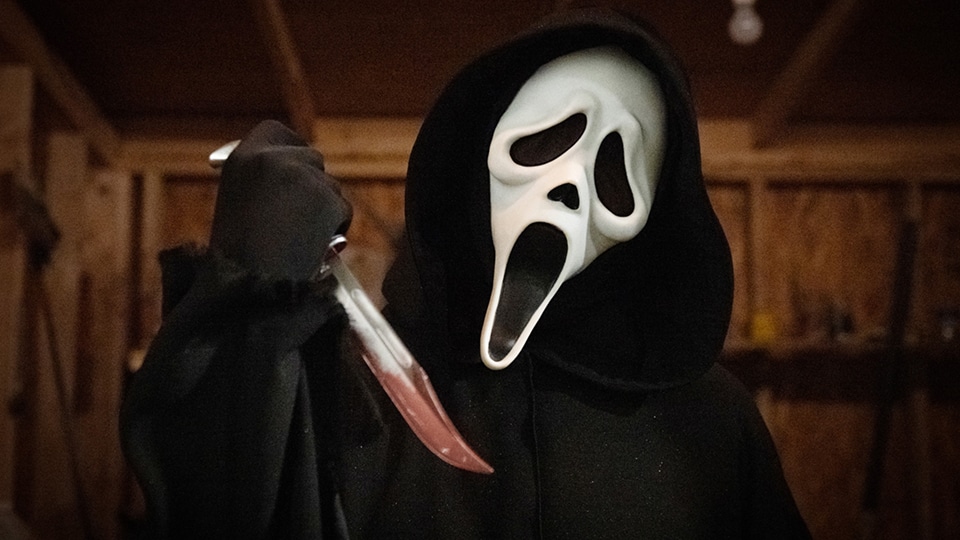 All in all, this Scream is a welcome return for a slasher series we’d all marked for death.