New in Blu: Beyond the Darkness 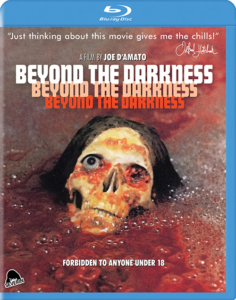 From a story standpoint, the movie is fairly straightforward and easy to follow, while the visuals are an assault on your moral senses. It’s everything a fan of the genre would expect from an Italian splatter film. 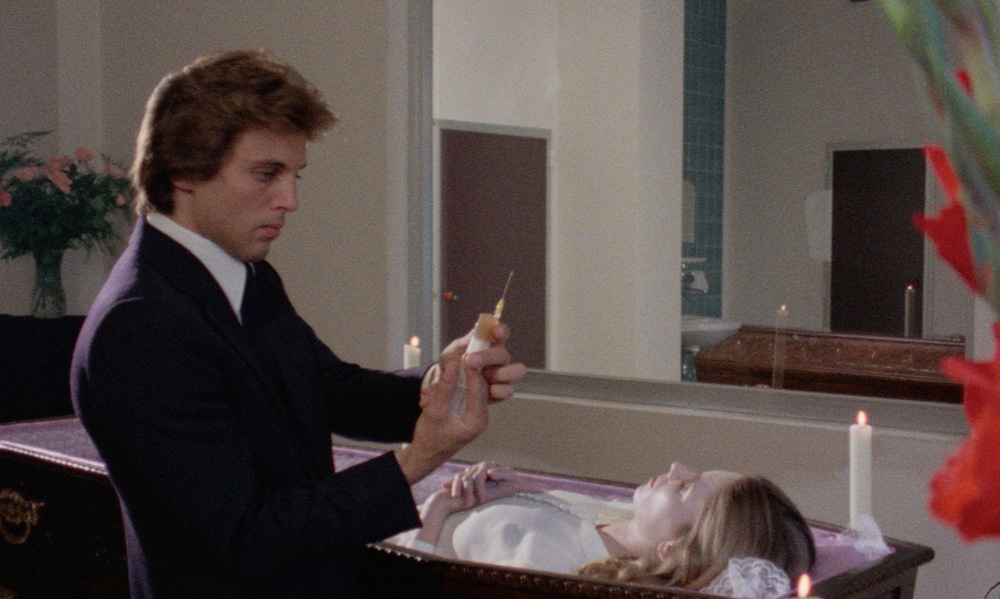 Frank (Kieran Canter) is a taxidermist who lives in a cottage he inherited from his parents. Also living in the cottage is Frank’s servant, friend, sometimes lover and fill-in mother, Iris (Franca Stoppi). Frank doesn’t view Iris as a romantic interest, though Iris desperately wants Frank to. In Iris’ way is Frank’s girlfriend, Anna (Anna Cardini). In the film’s one supernatural element, Iris kills Anna using a voodoo spell. Rather than let Anna go, Frank decides to keep Anna in his cottage — Norman Bates style.

The death of Anna and the keeping of her corpse unlocks something within Frank, a desire to kill and a taste for human flesh. Iris helps hide Frank’s crimes, even though it’s clear that Frank is searching for a live Anna replacement (and it’s not Iris). While BEYOND THE DARKNESS has scenes of severe grotesqueness, D’Amato steers away from outright necrophilia. 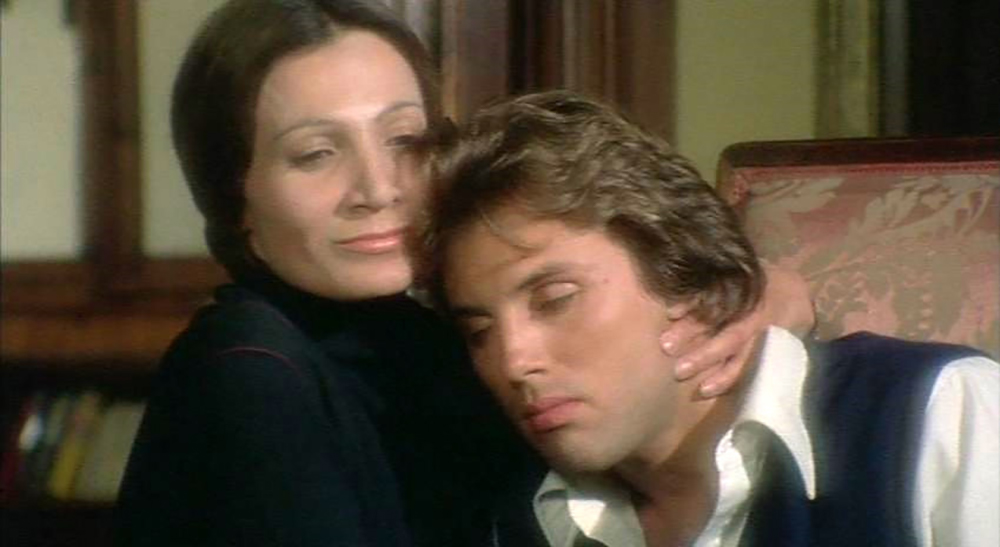 As promised by the various pull quotes on the blu-ray packaging, BEYOND THE DARKNESS is a very graphic and disturbing film.

There are scenes that border on the line of good taste and some that look incredibly authentic due to the use of animal parts and blood. It’s reasonable to believe that authorities, at the time of the film’s release, thought that real corpses were being used. BEYOND THE DARKNESS, with its themes and graphic horrors, is an uncomfortable film to watch. This is not a complaint; this works for the overall effect of the film. 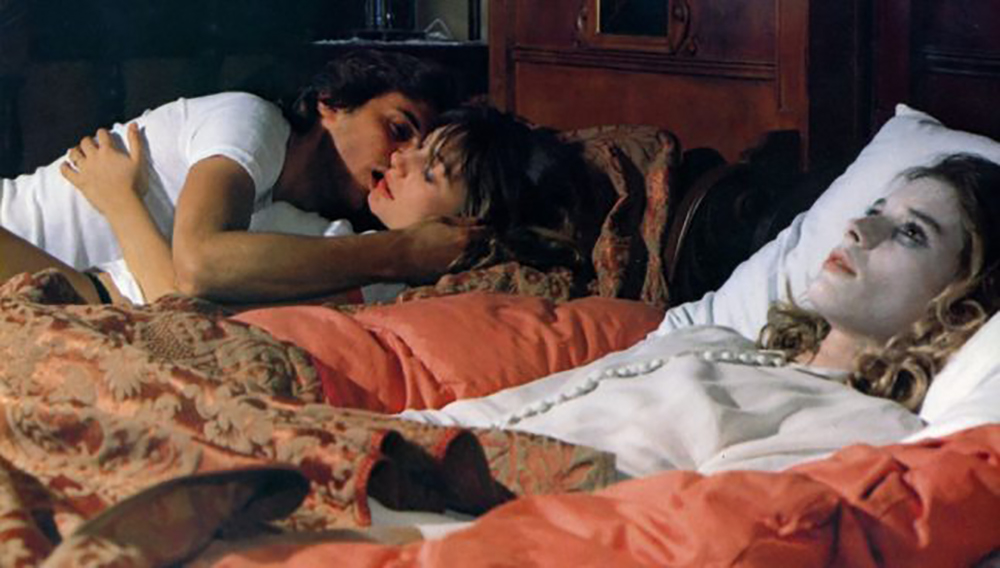 While most horror movies want to scare their audience, there are some, like BEYOND THE DARKNESS, that want the viewers to question why they are even watching this film and how fast can they get to a shower after the credits roll. BEYOND THE DARKNESS ranks with CANNIBAL HOLOCAUST and FACES OF DEATH as one of the most stomach turning, nauseating, must-see movies for all horror fans.

Severin Films has done a great job with the release of BEYOND THE DARKNESS.  The picture and sound are excellent, and while the features may be minimal in quantity, they are all really well done. 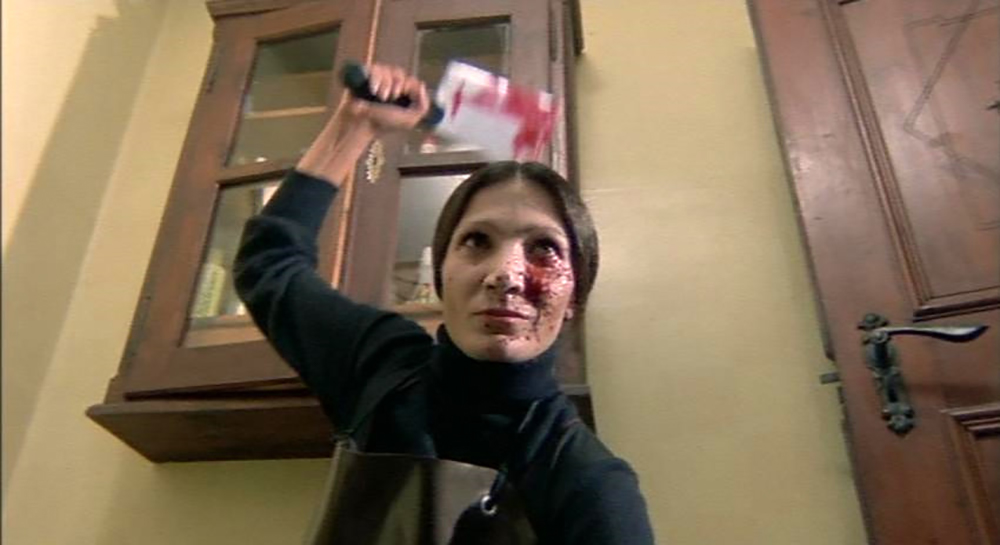 On a personal note, I am very thankful for boutique companies like Severin, Scream Factory, Criterion, Blu Underground, and others. When I was much younger, my access to horror movies was Saturday afternoons with Creature Double Feature, Doctor Shock and, later, Saturday evenings with Stella and Saturday Night Dead. While I was given a horror education on Hammer Horror, Universal Monsters, Toho man-in-suit monsters, Independent Pictures, Roger Corman films and cheesy slasher films, I didn’t get a chance to see a lot of foreign or grindhouse type films.

Thanks to these specialty companies, many films that would not have been seen, or seen by very few, are getting the attention they deserve by horror fans around the world. 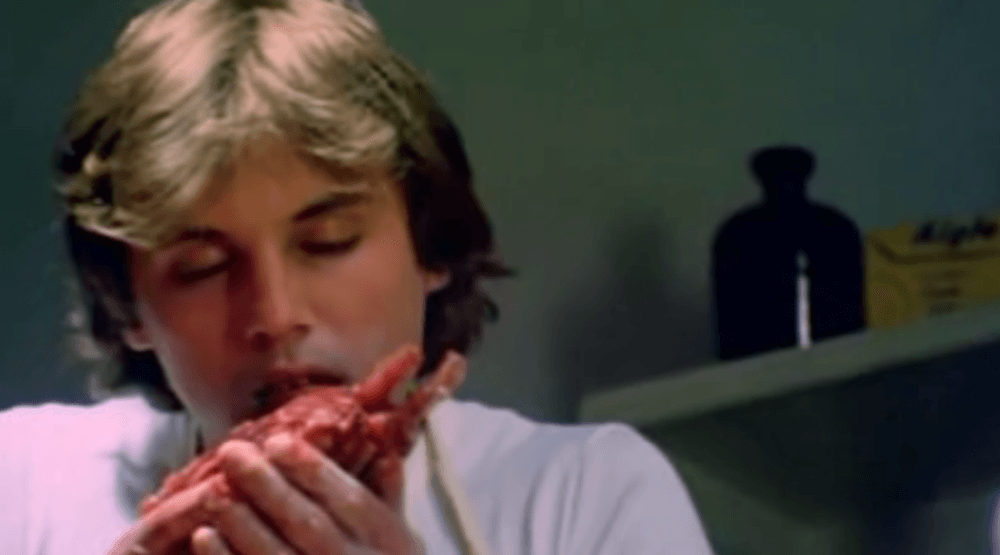 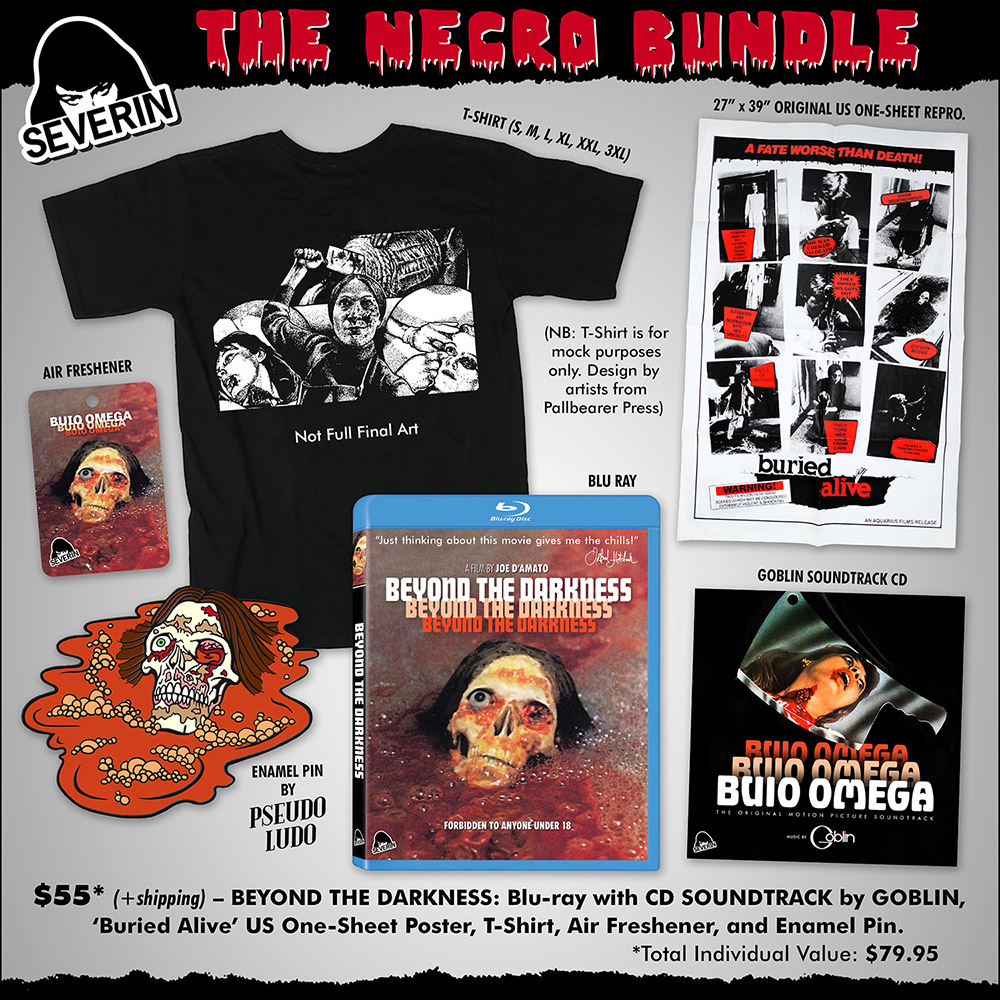 If you order the limited edition Necro Bundle, the contents include:

BEYOND THE DARKNESS TRAILER (NSFW)