We review the 88 Films remastered release of “The Green Inferno”, the unsung sequel to the controversial video nasty “Cannibal Holocaust” (1980). 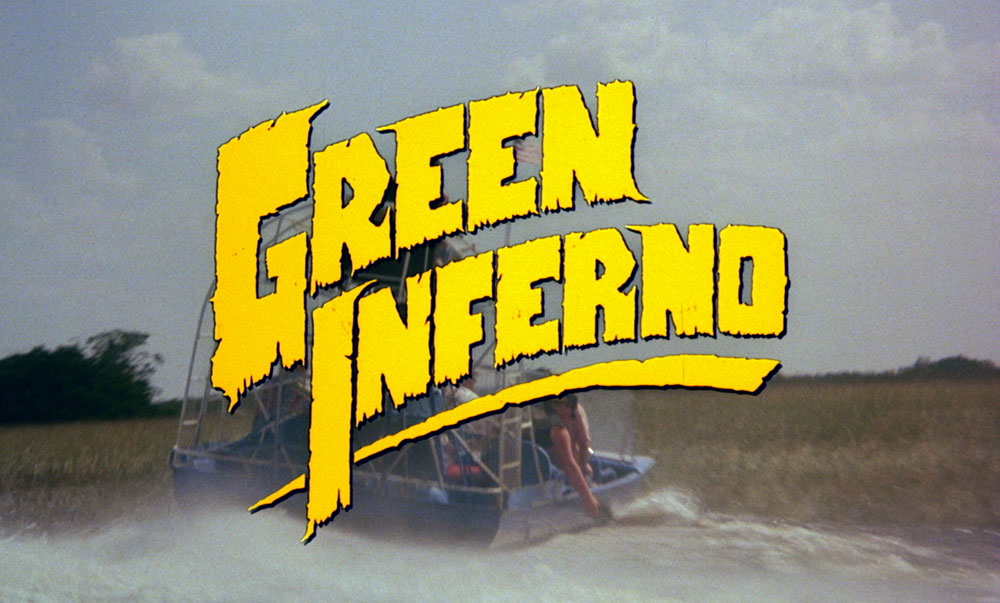 For years fans waited for the release of a sequel to Ruggero Deodato’s trendsetting Cannibal Holocaust, yet it would take almost a decade for The Green Inferno, also known as Cannibal Holocaust 2, to arrive… and it wasn’t what followers of the Italian cannibal cycle were expecting.

A group of enterprising adventurers venture into the Amazon jungle in search of a missing professor, but soon the youngsters encounter more than they bargained for – European colonialism is exploiting the rainforest, and the natives are fighting back! While Deodato’s original critiqued the mondo pseudo-documentary phenomenon, here director Antonio Climati (Mondo Cane, Savage Man, Savage Beast) turns the focus to satirizing the hypocrisy and complexity of Cannibal Holocaust itself.

A potent mix of macabre imagery, scenic locations, extreme gore and sly in-jokes, The Green Inferno is the gut-munching sequel you always knew you wanted but were too afraid to ask for! 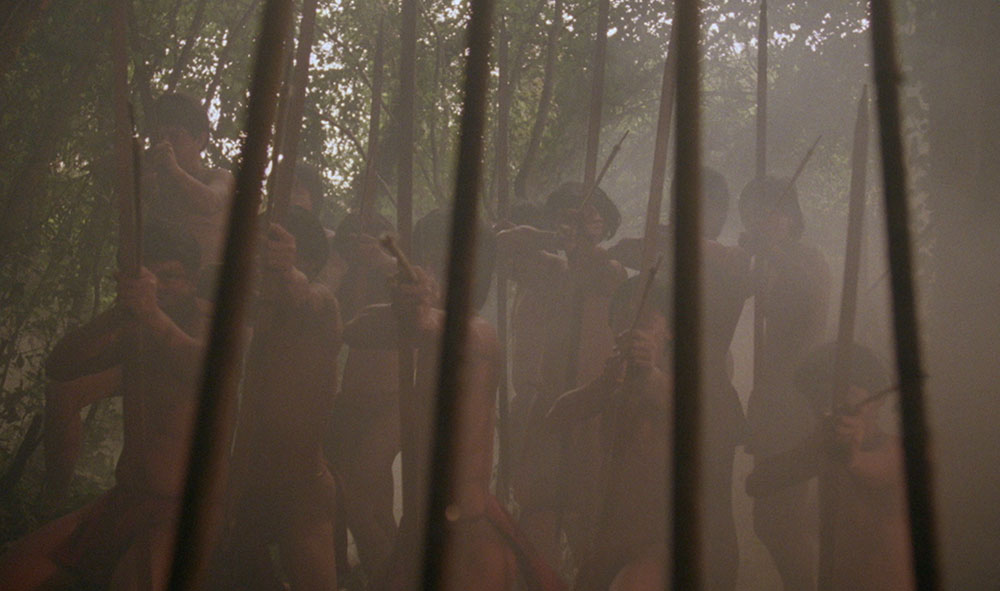 As a sequel to Ruggero Deodato’s notorious Cannibal Holocaust expectations are understandably set high for a sequel which you would expect to have a similar level of notoriety. Maybe not as much with the unnecessary animal torture scenes, but a certain amount of violence and cannibalism is expected. If alarm bells weren’t ringing regarding the obscurity of a sequel to the former video nasty, the 15 certificates for the new remastered addition from 88 Films certainly has fans questioning what they can expect.

The Green Inferno: Cannibal Holocaust 2 is best described as another Italian cash in on the popular sub-genre at the time and apart from a few nods the original film (including a scene with a turtle, who was thankfully left unharmed on this occasion), it has no real connection to the original. 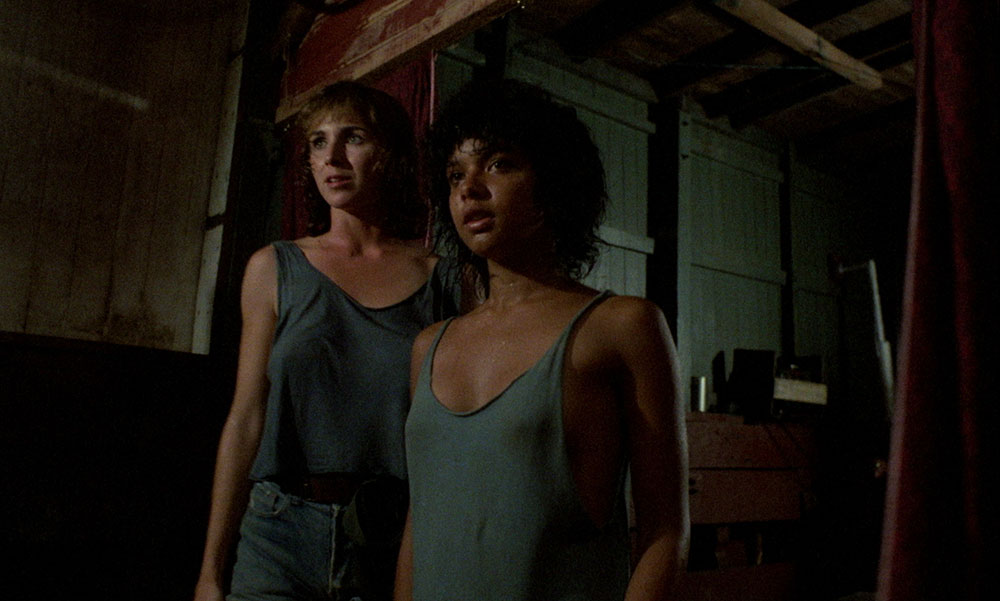 The overall tone of the film is different to what you may expect, as it takes a more comical approach from the start and playing out more like a light-hearted adventure film than a cannibal horror. Unlike some of the other films in the genre, here there is no real sense of peril, even when they are captured which seems to happen frequently throughout the film. Romancing the Stone (1984) is a film which they reference which trekking through the jungle, which is a perfect comparison to the level of danger which they find themselves in.

The jungle seems to be a dangerous place, but in The Green Inferno: Cannibal Holocaust 2 most of the dangers which they seem to face are from outsiders — in that respect they seem to depict the sentiments of Cannibal Holocaust. Here, however, ‘the real monsters’ are the gold prospectors who are enslaving local tribes as workers and pirates who are trafficking children for their organs. Despite them being armed and dangerous, our heroes somehow manage to overcome their adversaries in a clumsy but effective fashion with the help from locals, even of it is only a temporary solution. 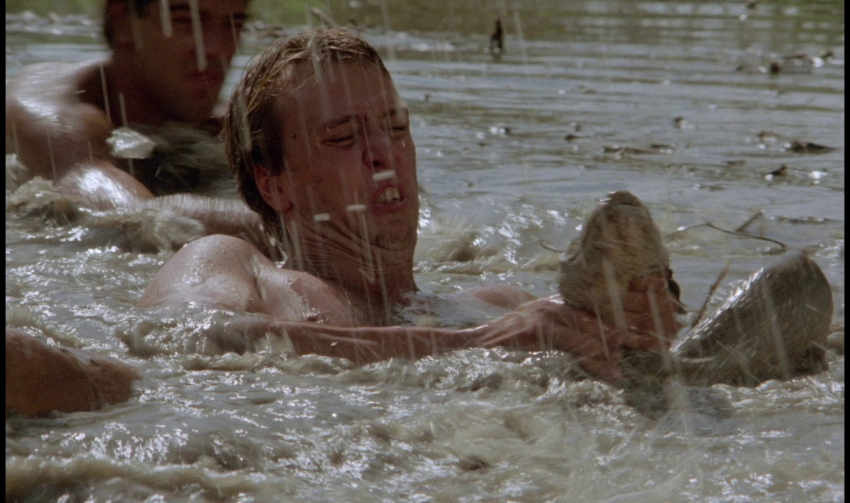 The film does have several scenes which many would depict as animal cruelty, although there is more of a purpose to these scenes and their actions are arguably more humane. Rather than the on-screen execution of the animals for shock value, the animals are captured throughout the film using methods and reasons not uncommon with the jungle. Credit has to be given to some of the lead actors here who get involved in the action. One of the more impressive moments is where they are wrestling with a real anaconda.

The locations for the film look good as they travel throughout the jungle using various methods of transport. Unfortunately, the same budget was not used to give same impact to the special effects. Unfortunately, this is where the film is really let down. Although still entertaining in its own way, it lacks the gore and violence you would normally come to expect. I can only assume this is due to a limited budget, because there are very few attempts to show any blood on screen throughout the film. 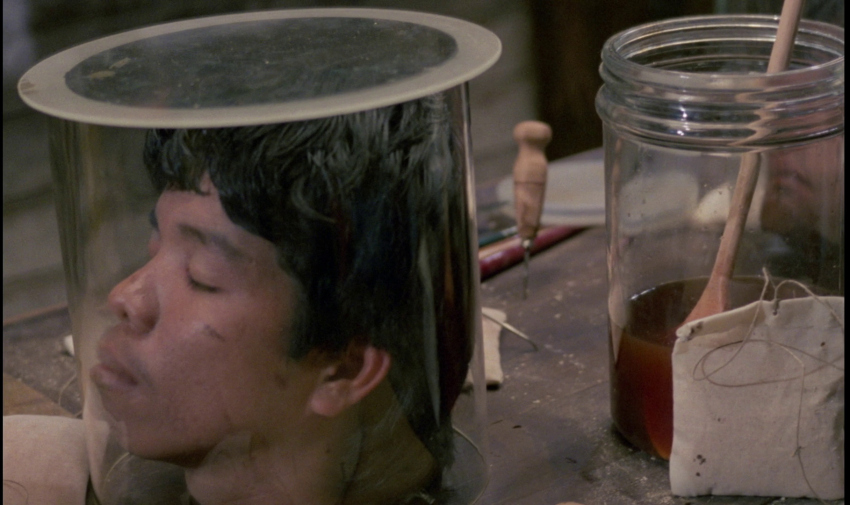 This may have been a good decision because, in some of the scenes where they have tried to be creative, it didn’t quite work. One memorable scene involves a collection of decapitated heads which are each lined up in a glass vase on the table. It is obvious that the heads have been put through a hole in the table and you are half expecting one of them to open their eyes and start singing, “Ain’t got nobody, and nobody got me.” It is during these moments where the remastered look doesn’t do the film any favors, as it may have been more impressive on an 8th generation VHS where the picture is fuzzy and distorted.

With the extras, you have the option to watch it in English or Italian with subtitles. After comparing the two, the Italian version is definitely better suited to the film, as once again the dubbing doesn’t quite work. 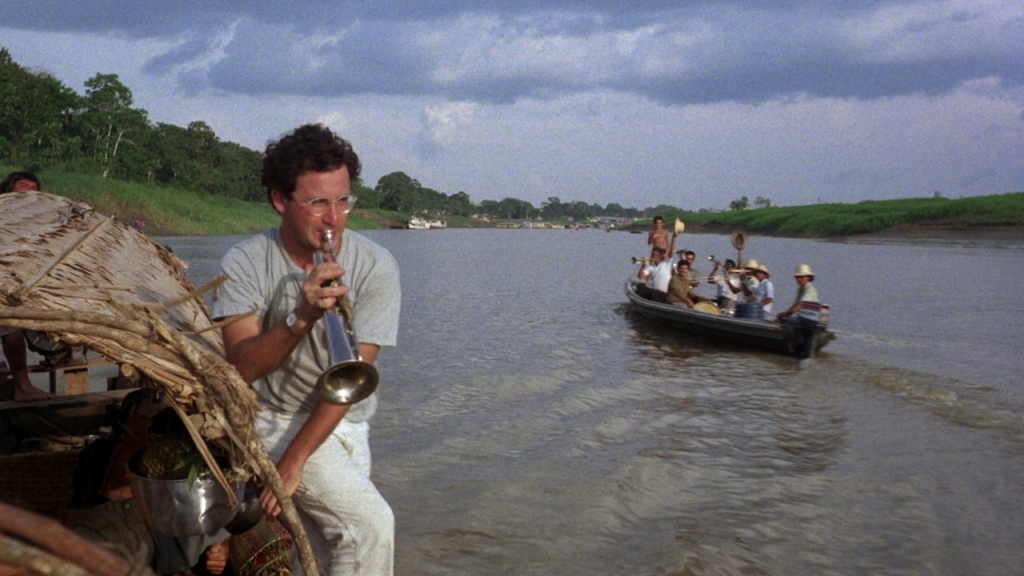 There is also include an interesting documentary called ‘Scenes From Banned Alive: The Rise and Fall of Italian Cannibal Movies’. It is a series of interviews with directors from the genre who discuss both their films and the original influences, including Ruggero Deodato, Umberto Lenzi and Sergio Martino. It is not surprising that none of them have chosen to talk about The Green Inferno: Cannibal Holocaust 2, but nevertheless it does give an interesting insight into their own interpretation of their work and the genre.

The violence included in the documentary is surprisingly more violent than Cannibal Holocaust 2 and includes a montage of clips from several of the more infamous cannibal films, including Cannibal Holocaust and Cannibal Ferox. It looks as though the BBFC may have overlooked this documentary in their certification, as I am sure it would have been given an 18 certificate had they checked. 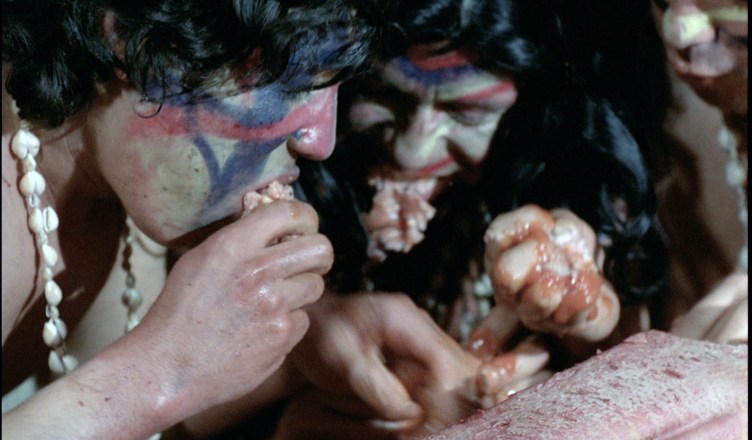 The transfer of the film looks really good, and you can appreciate the effort 88 films have once again put into remastering the print for this release and bringing it back from obscurity. However, although the transfer may look good, fans expecting a true sequel to Cannibal Holocaust will probably be disappointed by the lack of gore and emotional impact that made the original so effective. However, in spite of the slightly misleading title and the film’s obvious flaws, the pacing and continuous action of events helps keep the film entertaining.

It may not be for everyone, but for those who enjoy the wider spectrum of the sub-genre and completionists, there’s enough here to make it worth a watch. 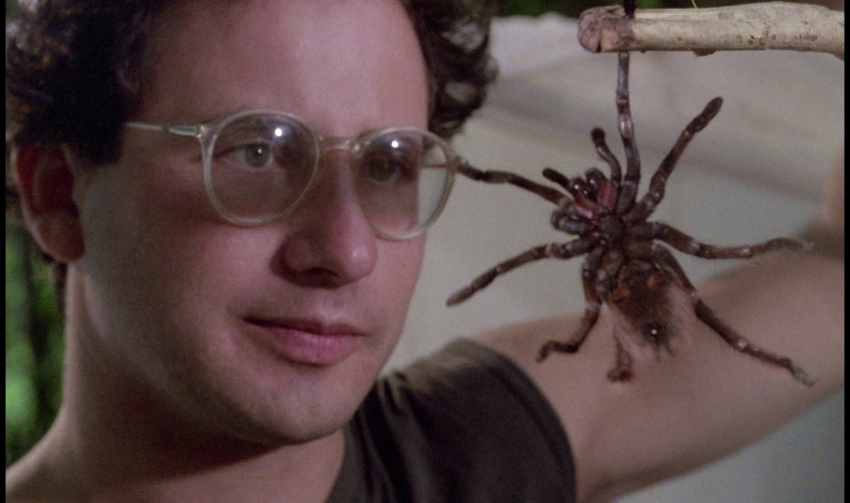