We chat with writer/director Joe Badon about his latest short film, “The Wheel of Heaven”, which is currently crowdfunding on Kickstarter. 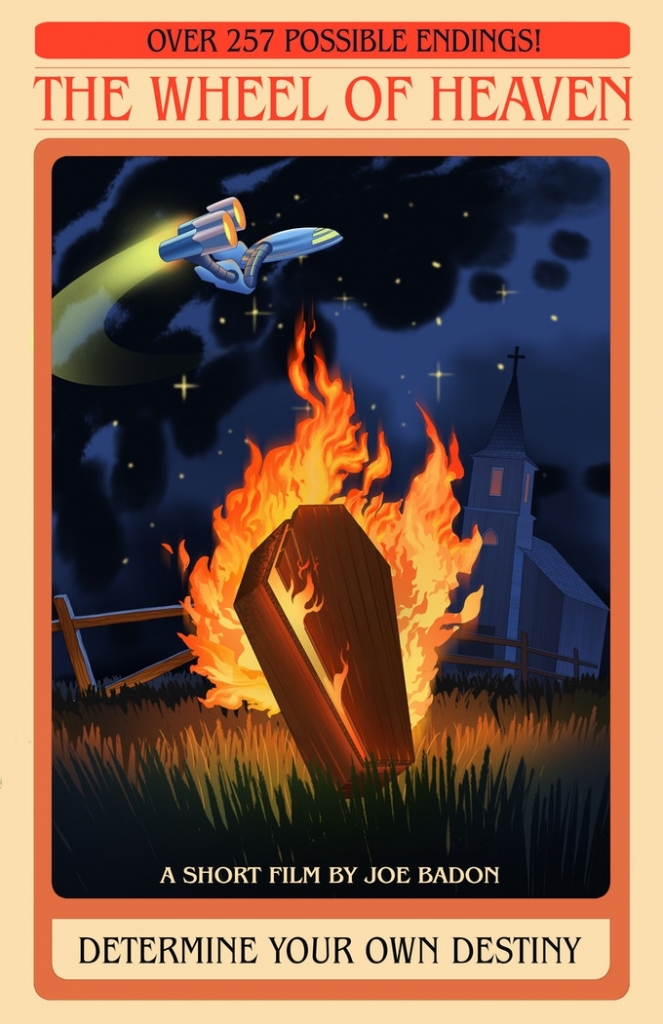 THIS EPISODE: INTERVIEW WITH JOE BADON

NHE host Scott Murphy chats to writer/director Joe Badon about his upcoming short The Wheel of Heaven, an arthouse sci-fi horror mystery that Joe describes as The Rocky Horror Picture Show meets Hour of the Wolf.

In the interview (beginning at 1:57), Joe talks to us about how with his movies he is trying to creating genre-hopping mixtapes of many different films, how he is drawn to surrealist cinema, and how he admires films that singularly tread their own path.

Plus, we talk about the Kickstarter campaign for The Wheel of Heaven, how the project stemmed from the Television series Joe was writing, and how Joe’s other short, The Blood of the Dinosaurs, is connected to The Wheel of Heaven.

Elsewhere in the interview, Scott & Joe discuss the recent resurgence of 70s-influenced surrealist cinema, why he is unlikely to move from his base in New Orleans, and how filmmaking has become more democratic. The pair also go off on a bit of a tangent when they start ranking the films of Nicholas Winding Refn (Scott’s Favourite: Drive; Joe’s Favourite: Bronson).

You can donate to the “The Wheel of Heaven” Kickstarter campaign here.