We chat with indie filmmaker Tom Lee Rutter about his upcoming fantastical feature film “The Pocket Film of Superstitions” plus much more. 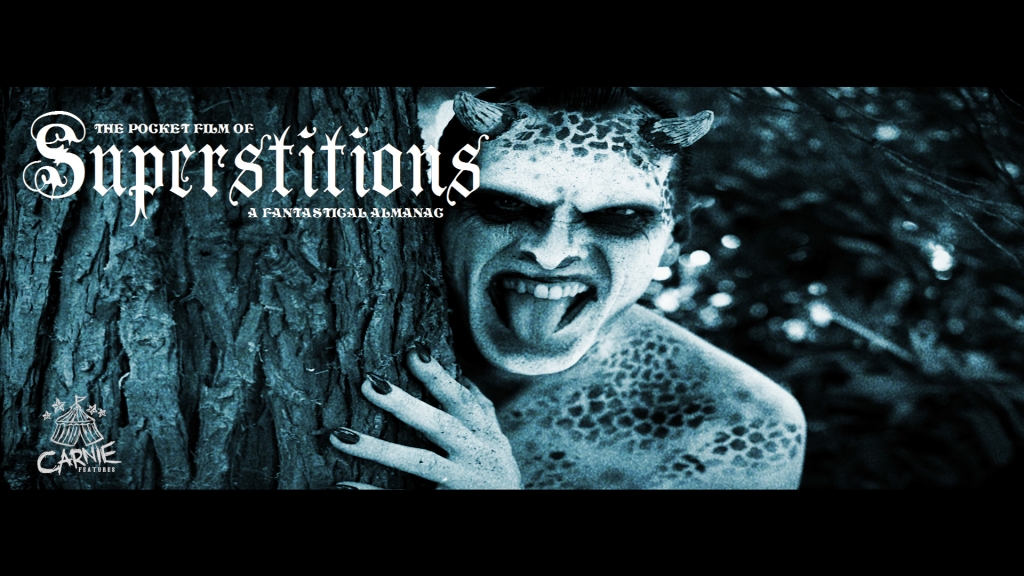 THIS EPISODE: INTERVIEW WITH TOM LEE RUTTER (“THE POCKET FILM OF SUPERSTITIONS”)

NHE host Scott Murphy chats to writer/director Tom Lee Rutter about his upcoming film, The Pocket Film of Superstitions, as well as his recent film Day of the Stranger and his 2017 short Bella in the Wych Elm.

In the interview (beginning at 1:38), Tom talk to us about the silent movie influences behind The Pocket Film of Superstitions, as well as the vintage filming techniques he is using for the film and working with cult movie icon Caroline Munro.

Plus, we get into the troubled production of Day of the Stranger and the real life inspiration behind Bella in the Wych Elm.

Elsewhere, as is often the case, there are number of tangential detours in the interview, which include Tom and Scott discussing the comedy of Simon Munnery, the music of The Shend (who is in The Pocket Film of Superstitions) and more chat about Dada than you can shake a proverbial stick at. Plus, we geek out on some joint favorite horrors such as Santa Sangre and Possession.

You can watch the trailer for The Pocket Film of Superstitions here. You can find more info on the film by visiting the Facebook page here.

Learn more about Bella in the Wych Elm here.

Day of the Stranger is available to watch for free on Tubi or Plex.