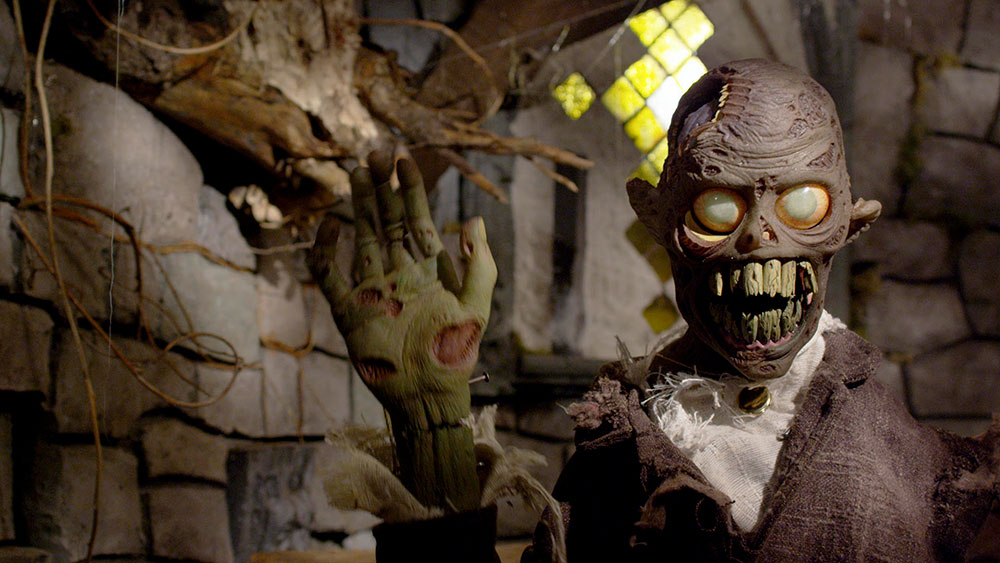 NHE host Scott Murphy chats to writer/director Jesse Blanchard about his new movie Frank & Zed, a film that has been wowing the festival circuit and is quite probably the goriest all-puppet movie ever made!

In the interview, Jesse talks to us about the epic six-year journey it took to bring the film to the big screen and explains just how painstaking working with puppets is. He also describes in-depth how he and his crew achieved the many impressive effects on the movie, particularly the gnarly gore effects sure to delight horror fans.

Elsewhere, Jesse and Scott discuss the notoriously difficult balance between horror and comedy when making a horror-comedy, what Jesse’s main inspirations were, and what he thinks the best gag in the movie is.

You can watch the trailer for Frank & Zed here. Keep up with the film on Facebook.