Nightstream Film Fest: May The Devil Take You Too (2020)

The “Evil Dead” inspired sequel to “May the Devil Take You” manages to top the original, upping the ante in satisfying shocks and scares.

When the Nightstream Film Festival announced their lineup, I immediately circled the East Coast midnight screening of May The Devil Take You Too from writer/director Timo Tjahjanto as my must-watch movie of the festival.

Tjahjanto had delivered with the first Evil Dead-inspired May The Devil Take You, and had shocked horror fans with his segments L Is For Libido in the anthology film The ABC’s Of Death and Safe Haven in the anthology film V/H/S 2 which, in my opinion, is the best short film in the entire V/H/S series.

In May The Devil Take You, Alfie (Chelsea Islan) and her sister Nara (Hadijah Shahab) must survive a demon who has come to take their souls; negotiated as payment for their father’s deal for riches and fame. Fighting possessed family members in their father’s abandoned cabin, leaving behind a bevy of dead bodies, and defeating a cruel and persistent demon, Alfie and Nara escape the house bloody and bruised — but very much alive and out of the clutches of pure evil.

Or so they thought.

Making its international premier at Nightstream Film Festival, May The Devil Take You Too takes place two years after the events in the first movie. 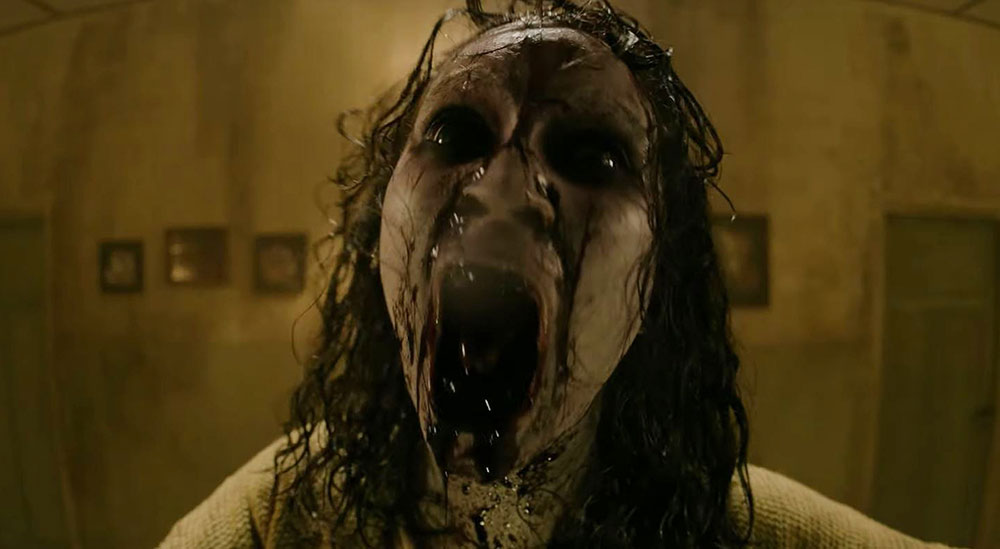 Alfie and Nara are still dealing with the horrific events witnessed in their family cabin. Paranoid, frightened, and angry, Alfie takes medications and watches over Nara. The medications aren’t able to stop the nightmares or the images of the demon hovering over her, calling out to her, “Devil’s child.”

A group of former orphans kidnap Alfie and Nara, and take them to the abandoned orphanage where they grew up. The group of orphans were left at the orphanage when they were kids; left to the whims of a foster father, Ayub (Tri Hariono). Left alone with his foster children, he turned cruel and abusive while making a deal with The Priestess (Ruth Marini) for immortality. All Ayub had to do was sacrifice his children to the demon. Before he could complete the ritual sacrifice, his foster children joined together to trap and kill him. Now, as adults, Ayub has come back to complete his sacrifice ritual.

Desperate to escape the murderous spirit of their father, the orphans believe Alfie can save them. Having defeated the demon two years earlier, they look to Alfie to complete a ceremony in a Black Bible to end their curse and return their father to the afterlife.

It would be no easy feat to match or top the original film, but Tjahjanto manages to do that with this sequel. 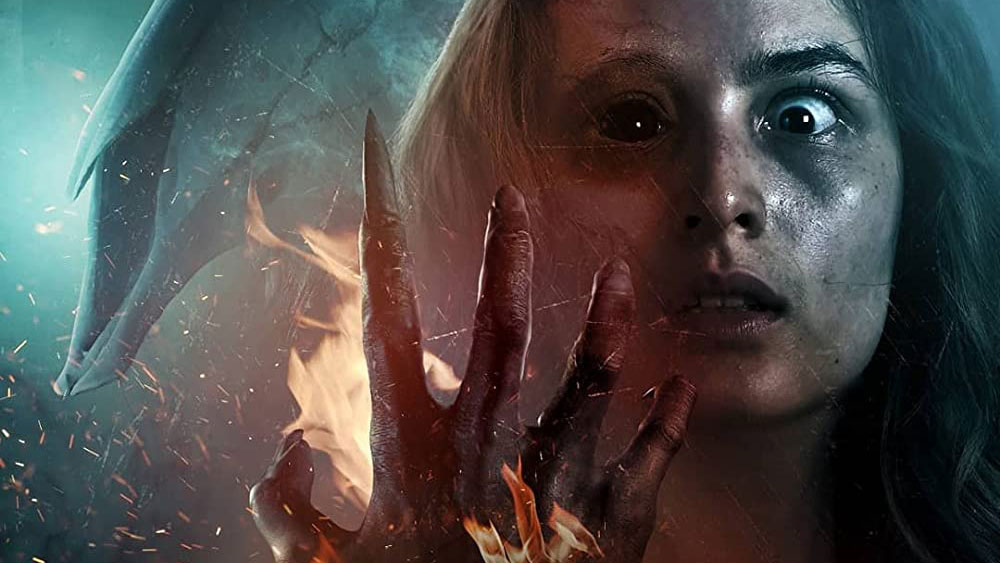 Tjahjanto and actress Chelsea Islan have created a character in Alfie who they can build a horror franchise around. Alfie is, to make the Evil Dead comparison, the Ash of these movies. She doesn’t just share Ash’s toughness or knack for kicking demon ass, she is also intelligent and filled with piss and vinegar. Alfie is easy to root for because she, unlike Ash, is more interested in saving who she can instead of just saving herself.

May The Devil Take You Too ups the stakes and the mayhem from the first film.

The sequel has an equal amount of “holy shit” moments and hide under-the-covers moments. While there are shots and moments that call back to Sam Raimi’s fan favorite EVIL DEAD films, Tjahjanto has created a movie that stands on its own with an assured hand directing, strong story-telling, and plenty of gore and horror mayhem to satiate any horror fan.