Fantastic Fest Review: May the Devil Take You

Timo Tjahjanto takes the time to truly frighten in his latest film “May The Devil Take You” that can be best described as the Indonesian “Evil Dead”. 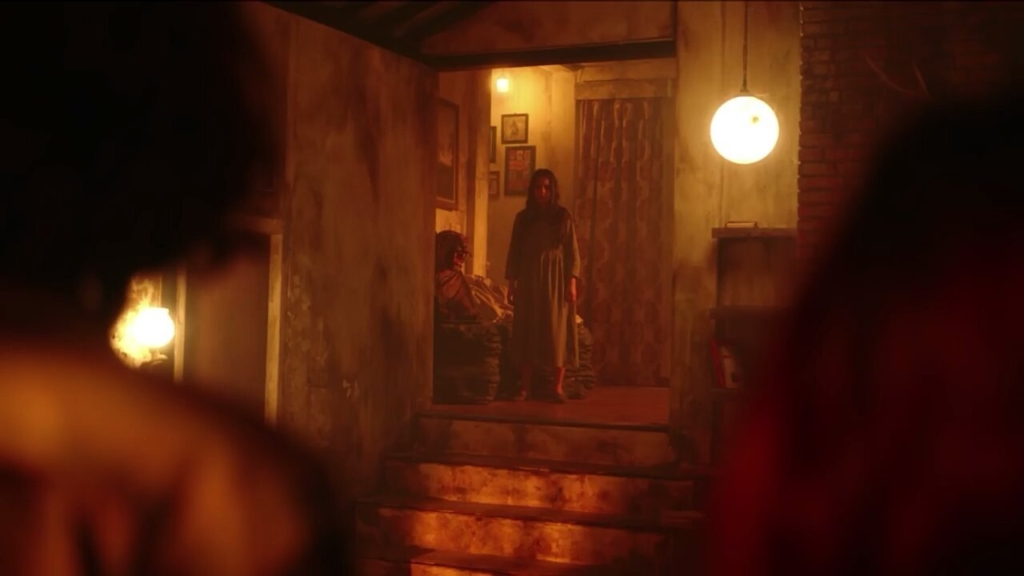 The North American premiere of May The Devil Take You is only one of Timo Tjahjanto’s films being screened at the world renowned Fantastic Fest in weird but wonderful Austin, Texas.  That’s right, this fella has two features being shown during the coveted film festival.  That’s impressive. I was given the opportunity to check one of them out, and folks, it’s pretty damn good.

I will admit, my interest was piqued primarily with Timo’s attachment to the ABCs of Death (L is for Libido).  His contribution to the horror anthology left me speechless and disturbed.  Just the way I like it.  He is also known for being half of the Mo Brothers with fellow filmmaker Kimo Stamboel (Killers, Macabre).

I try not to go into films with high expectations, regardless of how I feel about the filmmakers, writers, etc. But I will not lie, I was so excited to see Tjahjanto’s name on the bill for Fantastic Fest, twice (the other being the World Premiere of The Night Comes For Us). 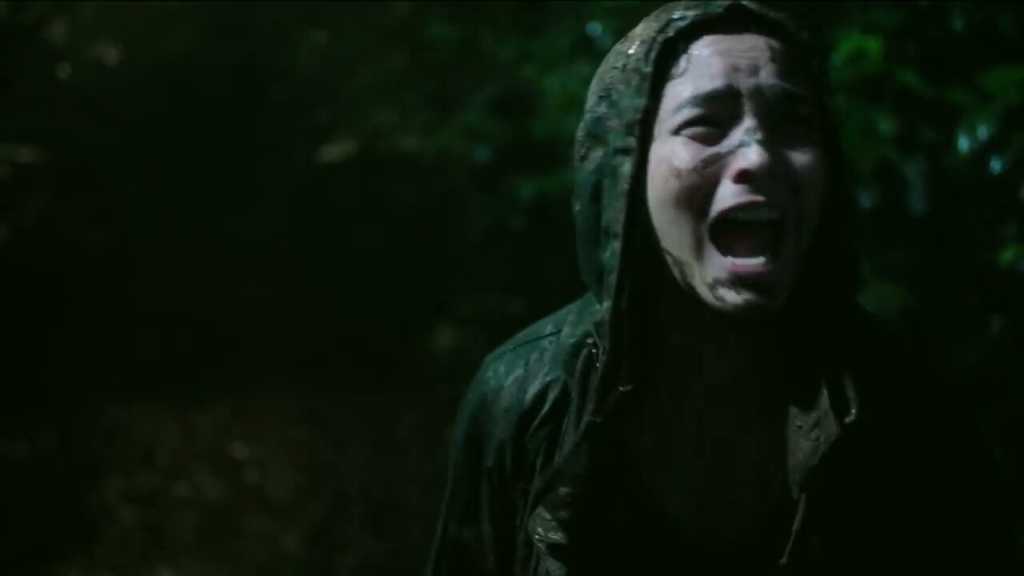 On Tuesday in Texas, May The Devil Take You swept up festival attendees with its black magic, family secrets, and spot on storytelling accompanied by gore that fans of 1980s genre cinema can dive into and appreciate.  There is something almost nostalgic about this film, a serious bow to what helped shape horror and ultimately so many of our favorites — and what obviously can still entertain us.

Sebelum Iblis Menjemput (the film’s original title) opens with a mysterious white robed woman appearing before a man named Lesmana (Ray Sahetapy).   “Did you bring what was asked?” The man nods and an intricate, timeless dark ceremony is commenced, rewarding Lesmana with an evil manifestation of wealth and recognition.  But there is a peak and a plunge for the businessman, and years later his due must be paid as he lays in a hospital bed, covered with festering sores  —dying a slow painful death. 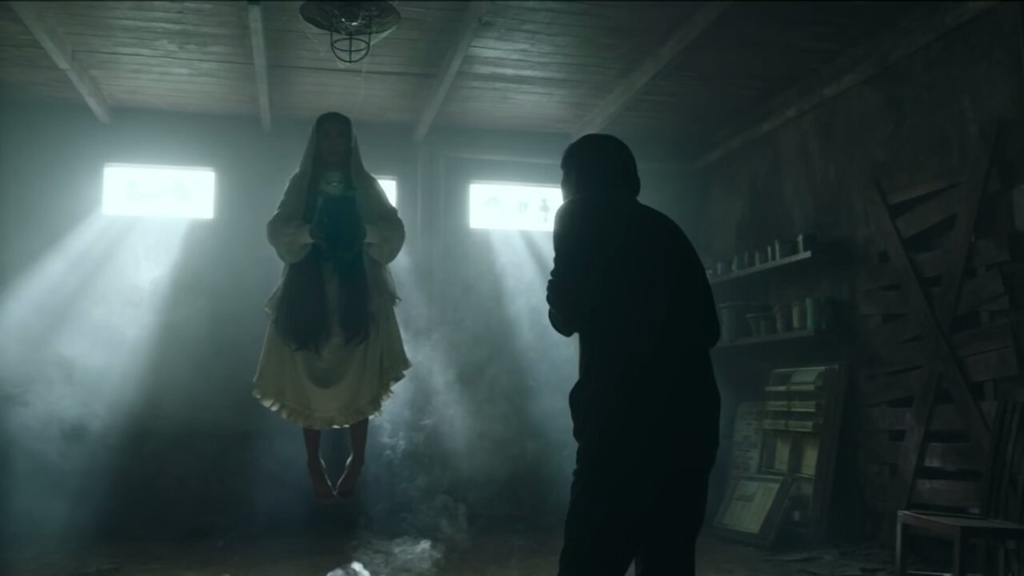 An intense estrangement from Alfie (Chelsea Islan) and her dying father has been in effect for a decade, also causing a rift between her step siblings and most definitely with her out of work actress step mother. The unfortunate circumstances surrounding the reunion add to the bitterness and resentment felt between some, initiating an argument over the family’s assets. In an attempt to settle matters, the family converges to the home in the woods, where little do they know, the initial pact with the Devil was made.

Timo takes his time to frighten as well as lay down a decent backstory in May The Devil Take You.

There are moments of beautiful slow visuals, synchronized with a thoughtful synthetic score that then give way to over the top, unbridled undead action.  As soon as we see a truce within the ranks of the family, all Hell breaks loose.  As is in so many of our other favorite horror films, a door is opened that unleashes an Evil upon everyone within the home. We witness bite wounds with infections, bones shattering, devil worship, possessions, beheadings and one fucking awesome face ripping scene. 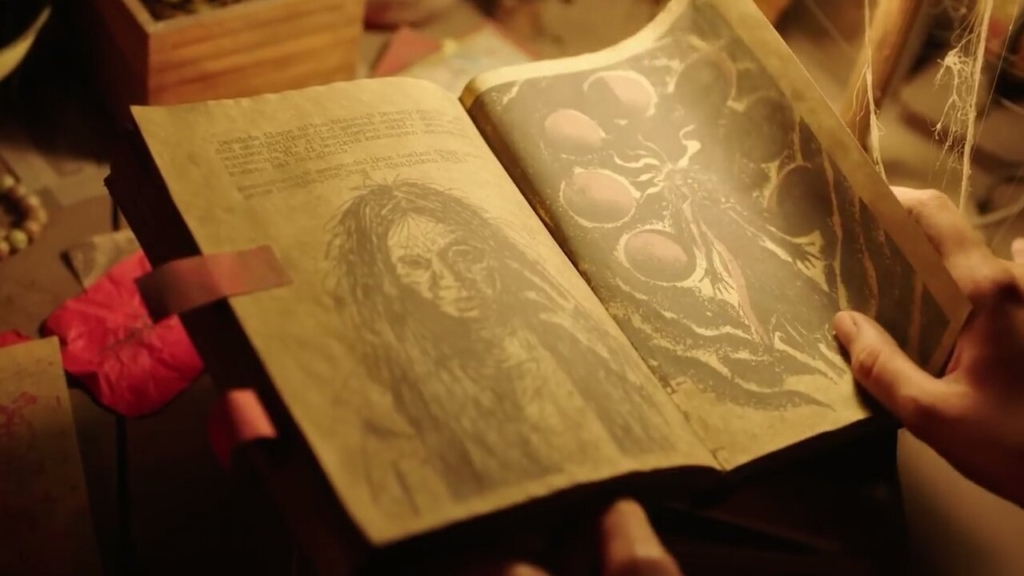 There are jump scares and several scenes where you couldn’t help but smile at the winks given to The Exorcist, Evil Dead, and Poltergeist. It’s almost as if May The Devil Take You is Timo’s love letter to what inspired him to make genre films, what he idolized when he was just simply a horror fan.

“Fortune shall be paid with souls!”

If that line there doesn’t make you fondly remember sitting on the couch with a VHS copy of Raimi’s seminal 1981 film, then I’m not sure if I will ask you to be on my trivia team. 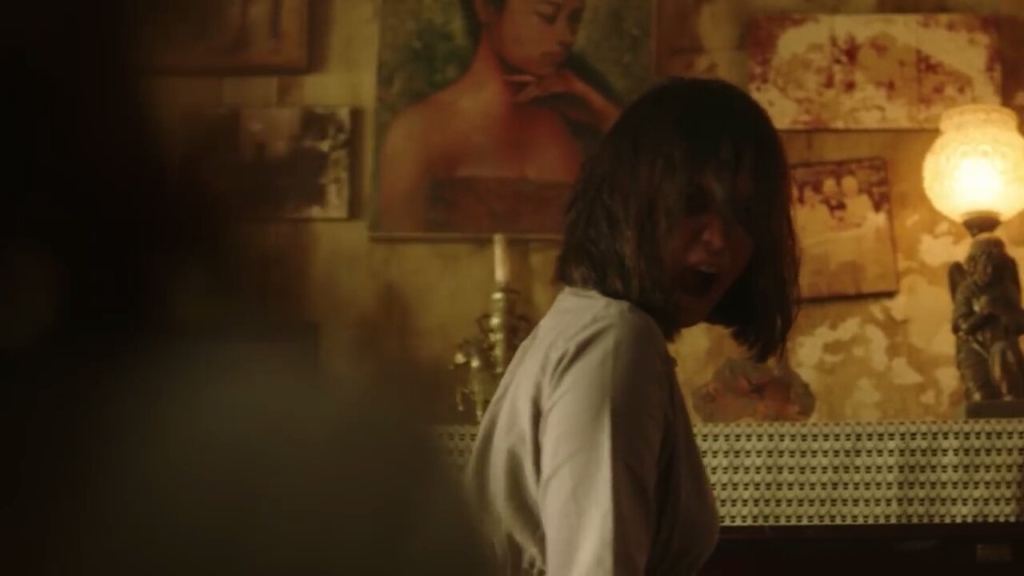 With the family stranded in the woods, left to fight off demons and Evil, they are forced to make sacrifices and take a stand. There is a wild and violent third act that brings a voodoo infusion to the tale of dark family secrets.

Tjahjanto’s film is a sharp salute to what is celebrated time and time again, while still yielding an entertaining piece of cinema. It definitely deserves a gander.