“An Unquiet Grave” is an emotional, extremely effective and flawlessly executed gut-punch of a film about the pain of dealing with grief and regret.

“Oh who sits weeping on my grave,
and will not let me sleep?”

“T’is I, my love, sits on your grave,
And will not let you sleep;
For I crave one kiss of your clay-cold lips,
And that is all I seek.”

THE UNQUIET GRAVE by Anonymous

Jamie (Jacob A. Ware) lost his wife in a tragic car accident. Inconsolable with grief, he plots to bring his dead wife, Julia, back to life with the help of her twin sister, Ava (Christine Nyland). Ava, who longs to see her sister again, agrees to participate in a ritual suggested by Jamie.

While Jamie assures her the ritual is safe, he is clearly not revealing everything he knows. Desperate and blinded by his own grief, he uses Ava’s own feelings of loss to manipulate her into events she cannot fully comprehend until the ritual has been put into motion.

Krey and Nyland have written a tight, smart script that explores the compulsion that accompanies grief.

They understand that grief isn’t only about the pain we deal with, but the pain and reality that we refuse to deal with.

Jamie is consumed with undoing the events of the car accident and reuniting with Julia. He’s convinced himself that there is no line he shouldn’t cross to complete the ritual. Ava has dealt with her grief, but can’t avoid the lure of seeing her twin sister again. Blinded by the opportunity presented to her by Jamie, she can’t see the warning signs that something more insidious is at play.

An Unquiet Grave is a “Monkey’s Paw” type of story.

With a cast of two, the film rests completely on the chemistry between Nyland and Ware. 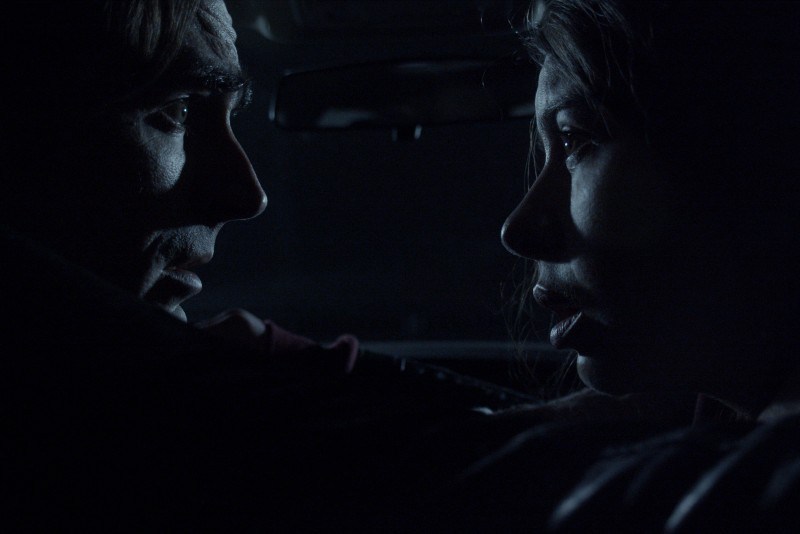 They have two relationships to play, a sister and brother-in-law, and a husband and wife. The ties are believable, and their grief is palpable.

The entire movie rests on their performances, and they rise to the occasion.

AN UNQUIET GRAVE examines the consequences of avoiding painful events and what drives someone to extreme possibilities to heal the emptiness of loss. Beautifully crafted by Krey and Nyland, it’s a movie that will stir emotions and stay with you long after the credits have ended.

An Unquiet Grave made its World premiere at the Nightstream Film Festival on October 11, 2020.